When most children discover action figures, there is always a period in their lives as they smack the toys against each other in mock combat for fun. We eventually grow up past this stage, but at that moment, thanks to the magic of imagination, it's still a classic, time-honored way for kids to have fun. New Gundam Breaker is a modern-day, digitized version of this childhood past-time, and it mostly succeeds at providing the same fun for everyone.

New Gundam Breaker is the latest in the Gundam Breaker series of games, which includes content from various Gundam franchise series in the form of Gunpla, which are scale model action figures of the mechs in question. The game allows you to build your own and have them battle against each other in a simulated environment. It also revolves heavily around the concept of "kitbashing", a concept in the Gunpla community that refers to mix and matching various mech model parts to make a "chimera" of parts from different models to make your own customized models.

The following Gundam series are represented, in whole or in part, in regards to the mechs available as Gunpla models: 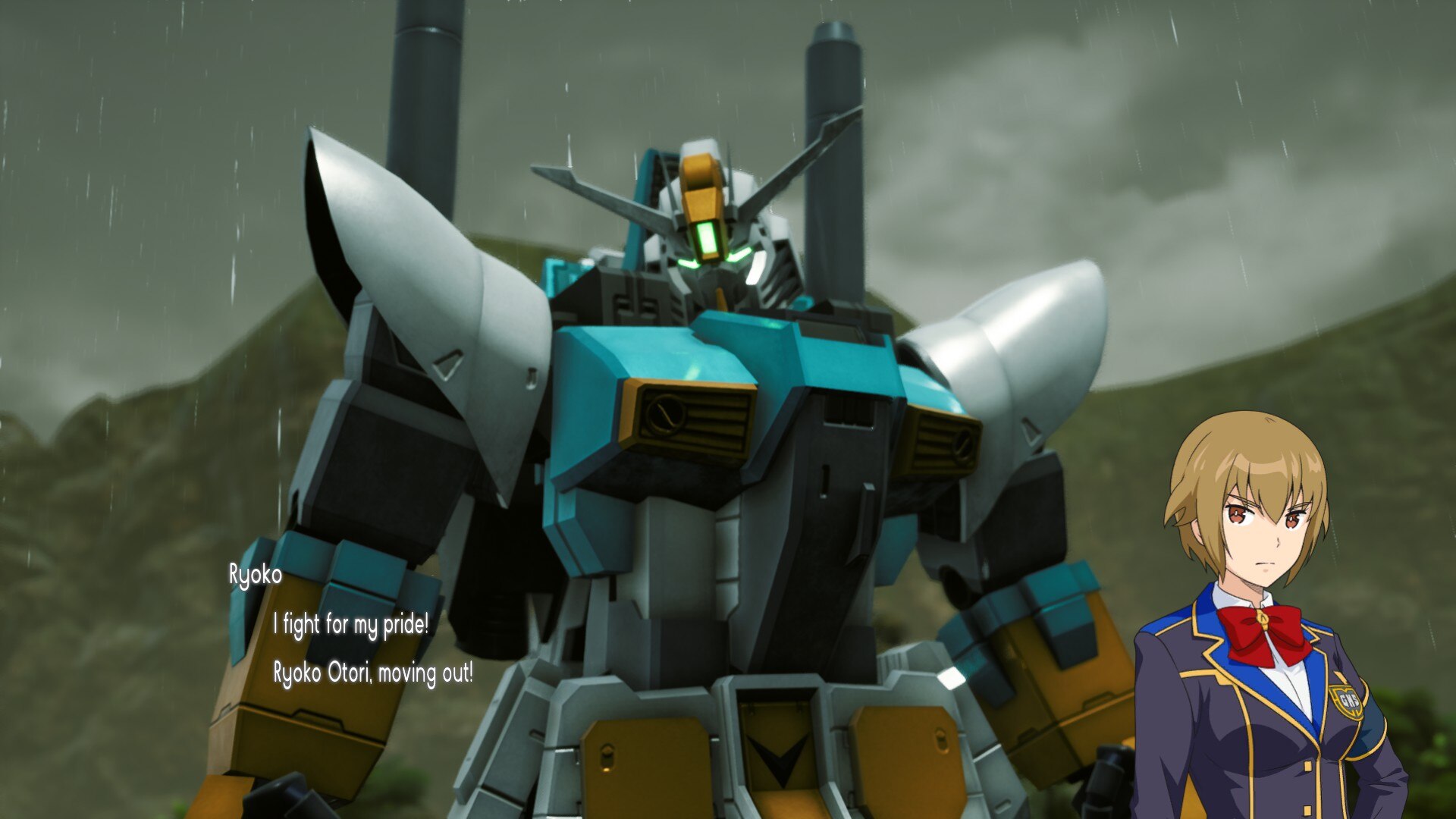 The gameplay focuses on two aspects: constructing your Gunpla, then using it in either the single-player or online multiplayer in battle. The building aspect involves several components.

First is the "inner frame", which determines if your unit is geared for sniping, melee, parts collections, and so on. Then you apply various parts from different models to get the best combination of stats. Finally, after some optional repainting and customization like you would apply to a real-life Gunpla model, your unit is ready to go.

Combat involves fulfilling various objectives until time runs out and/or objectives given you and your computer allies are met. Your Gunpla can take out other Gunpla by "parts breaking", or knocking off parts off of their frames, or simply by reducing their HP to zero, though seizing and disabling parts can make the latter easier to accomplish. You can even equip seized parts immediately during the battle, and if you finish the mission you'll even get to keep those parts for future missions.

The story mode and the non-canon bonus stages are not overly complex, and while online multiplayer is more dynamic since it's player versus player, both modes use the same base mechanics. Most to all of your time in the game will be dedicated to the Gunpla customization. Given there are tens of thousands of possible customizations, this aspect of the game alone can keep a player occupied for hours, much like real model kit customization.

It's worth noting the customization aspect is not something that is very simple and will take practice. Each part has its strengths and weaknesses, and sometimes you can make an ugly kitbashed unit with amazing stats or a pretty looking one with terrible stats. While "mono models" (a unit with all the same unit parts) are possible, the game heavily encourages you to mix and match different unit parts.

Graphically, the game looks great, with cleanly detailed models true to the series they hail from, and the arenas all look like futuristic areas right out of the sci-fi the Gundam franchise draws inspiration from. The story scenes are done in a hand-drawn visual novel style that fits the theme well and is quite colorful.

Most of the sound effects are ripped straight from the Gundam shows the game draws from and they all sound good. Music specific to New Gundam Breaker is energetic and has an arcade-like tempo, fitting the intense Gunpla combat. Occasionally, music from the series themselves is done in instrumentals, again accurate to their sources, during some levels.

Controls are much more mixed. While it's possible to play via keyboard, it can be an exercise in frustration, and I highly recommend something like an Xbox or PS4 style controller. The game features support for all controllers directly supported by Steam, and while you might find an off-brand knockoff that might work, I do not recommend them. 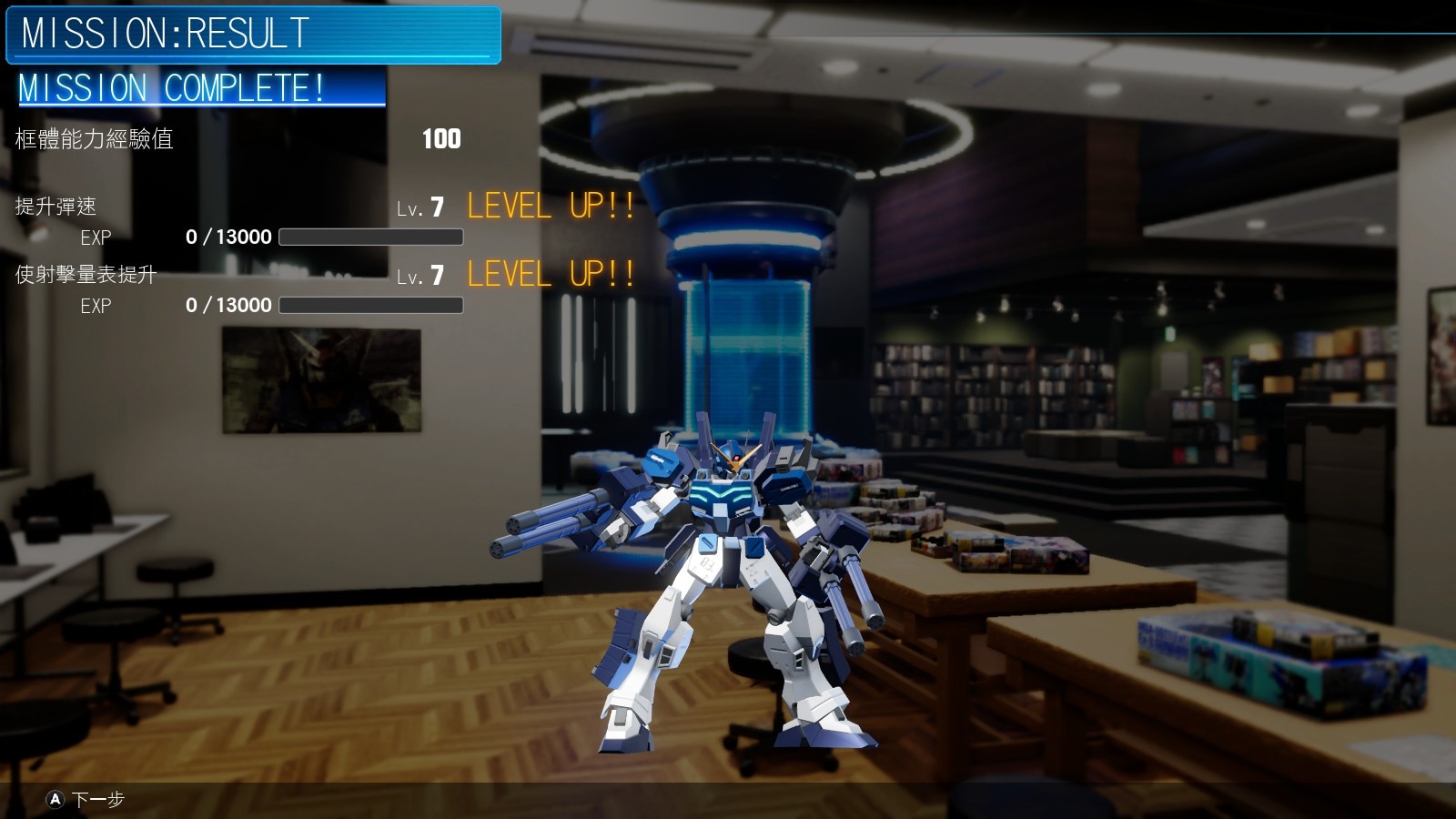 Stability is very good. The game runs in Unreal Engine 4 and has no outstanding issues in terms of performance, provided you meet system requirements. I found some aspects of the battle interface and default targeting camera can make things a pain, so you'll want to adjust those settings to your preference. There are no issues worthy of note that would degrade the technical side. If you use Linux and want to run this via Steam Proton, it can require a bit of configuration, but should otherwise run well after that.

Violence, on the surface, looks like robots beating up other robots, blowing off limbs, and blowing each other up. In context, it's all taking place in a glorified virtual reality simulator environment where action figures are more or less smacking parts off each other, and the explosions, lasers, and other attack effects are digitized toys hitting each other. Any "death" does not harm the characters controlling the toys in question (just prevents them from respawning for another try for a couple of seconds) and leaves no remains except a few inanimate parts other units can pick up and use for themselves.

Language is generally clean, save for a rare utterance of "p***es me off", but otherwise stays clean. There is a "dating sim" like mechanic since you play as a male character, but this remains utterly sterile and all-ages appropriate. For the most part, the dating sim elements are limited to which female character you choose to spend time with more, which has an effect on some scene dialogue in character-specific scenes.

This is set in a light-hearted sci-fi atmosphere and has no occult or supernatural elements. Morally and ethically, the plot is one where you and your fellow club members want to unseat a student council that has enforced a rigid no-fun pecking order over their school and wants to replace it with something more fair and egalitarian.

Overall, it's not too terrible technically, but some complicated mechanics and annoying user interface and control decisions make this hard to recommend except to hardened Gundam and action-strategy fans. Morally, it's surprisingly clean aside from some very mild language and some cartoony violence.