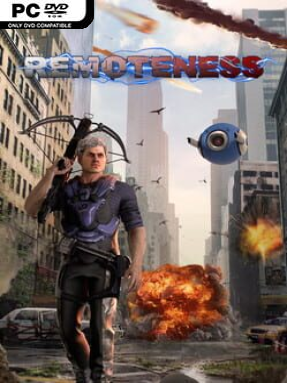 Thank You KR Games for providing us with a review code!

Jake wakes up to find out that the world is screwed. Half the people in New York have evacuated, aliens are killing the few survivors, and corrupt police officers are picking off the rest. With a crossbow and his robot companion Hanna, he ventures out of his apartment in a meager and hopeless attempt to survive. Remoteness by KR Games is an open-world first-person shooter adventure game where Jake and Hanna explore a torn-apart city. They’ll fight police, aliens, and search the city for four beacons to disable a massive meteorite in the middle of the park to stop the aliens from attacking.

Starting the game brings you to a brief text tutorial that only explains some aspects, such as the controls and what Hanna can do. The default controls on the keyboard are uncomfortable so it is best to bind them to other keys. A gamepad works decently enough with its default settings. One of the features that seem to be the most interesting at first glance is the asthma meter. What I thought would be an interesting juggle between different environments and making sure your asthma never gets too low (as the game talks about different environments) just turns out to be a glorified “hunger” mechanic. You refill it from asthma syringes found underground. The disappointment only piles up from here on out.

The tutorial fails in a lot of ways because it only explains the bare minimum to get going. It doesn’t explain what electro energy is and how to get it. It doesn’t explain that electro energy is required to get syringe refills to control your asthma. It will explain that saving your game is at fires where homeless people circle, but forgets to tell you that entering your apartment or a subway station also saves your game. A lot of aspects and mechanics of Remoteness you’re going to find out with tons of trial and error. At least Remoteness has some anti-softlock features in that if you happen to die due to asthma while transitioning to a subway or new area, it will load you with at least 20% of your asthma meter so you have a chance to get more syringes.

Jake is split between main quests and side quests. Side quests mostly exist for achievement purposes as the only one that gave me something that wasn’t also an achievement was the very first side quest consisting of finding a magnum pistol. To “help” you find these main and side quest is the worst map/compass I’ve ever seen in a video game. You have to open up the map separately which is also tied to another menu. It only shows a small portion of the area and a vague direction of where the main/side quests are, and important landmarks such as your apartment and subway stations. By default, you have to take your hand off of either moving or aiming if you’re using keyboard and mouse. With the same-looking environments, you’ll be constantly opening and closing this menu just to get around the city. 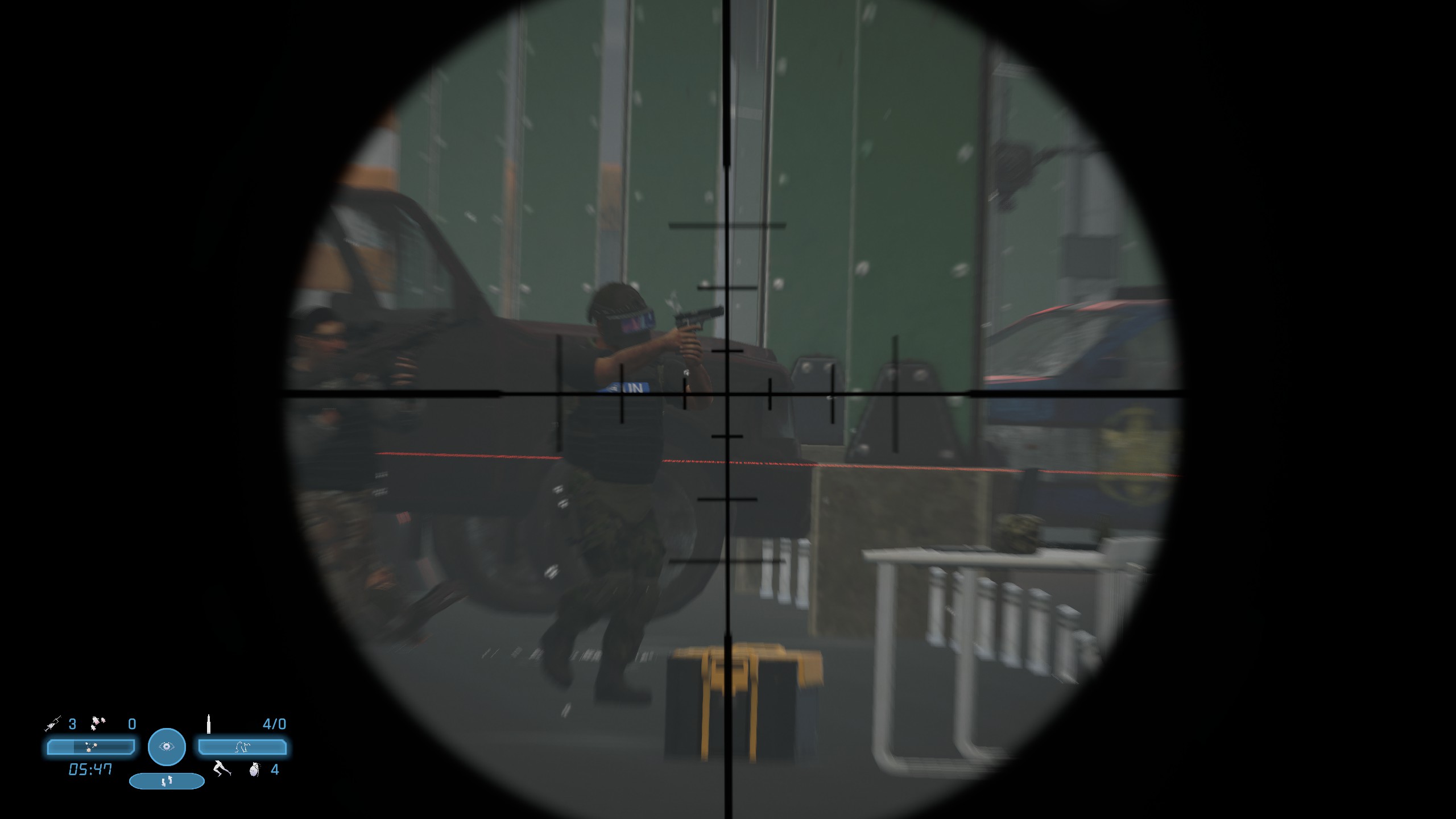 The half-baked survival mechanics are not engaging because once you realize that electro energy is infinite, all the asthma meter does is pad the experience out. It forces you to backtrack constantly between subways and meteorites to regain syringes and electro energy respectively.

Shooting your weapon has very little feedback on whether you are the one shooting or being shot at. In almost all cases you can’t even tell if you’re hitting the enemy if you don’t hit them in the head as outside of dying they don’t react to being shot. Guns have no recoil so there isn’t a sense of impact. No matter the difficulty, you’ll get shredded by enemies in mere moments and the only indication of taking damage is a slightly dimming screen, but not the direction of where it came from. Most of your deaths will seem like they came out of nowhere because, by the time you find out who is shooting you, it will be too late.

While shooting takes a slower, more tactical approach, most weapons do the same damage so you’re best off taking the one with the largest ammo capacity and trying to headshot everyone. The damage range is also inconsistent because with your crossbow, sometimes you’ll one-shot the enemy, and other times you won’t. You’ll be shooting the same four enemy types consisting of police with pistols, police with rifles, a beast-looking alien, and a flying enemy for the entire game. Shooting gets old quickly, especially with the simple AI and lack of weapon variety. 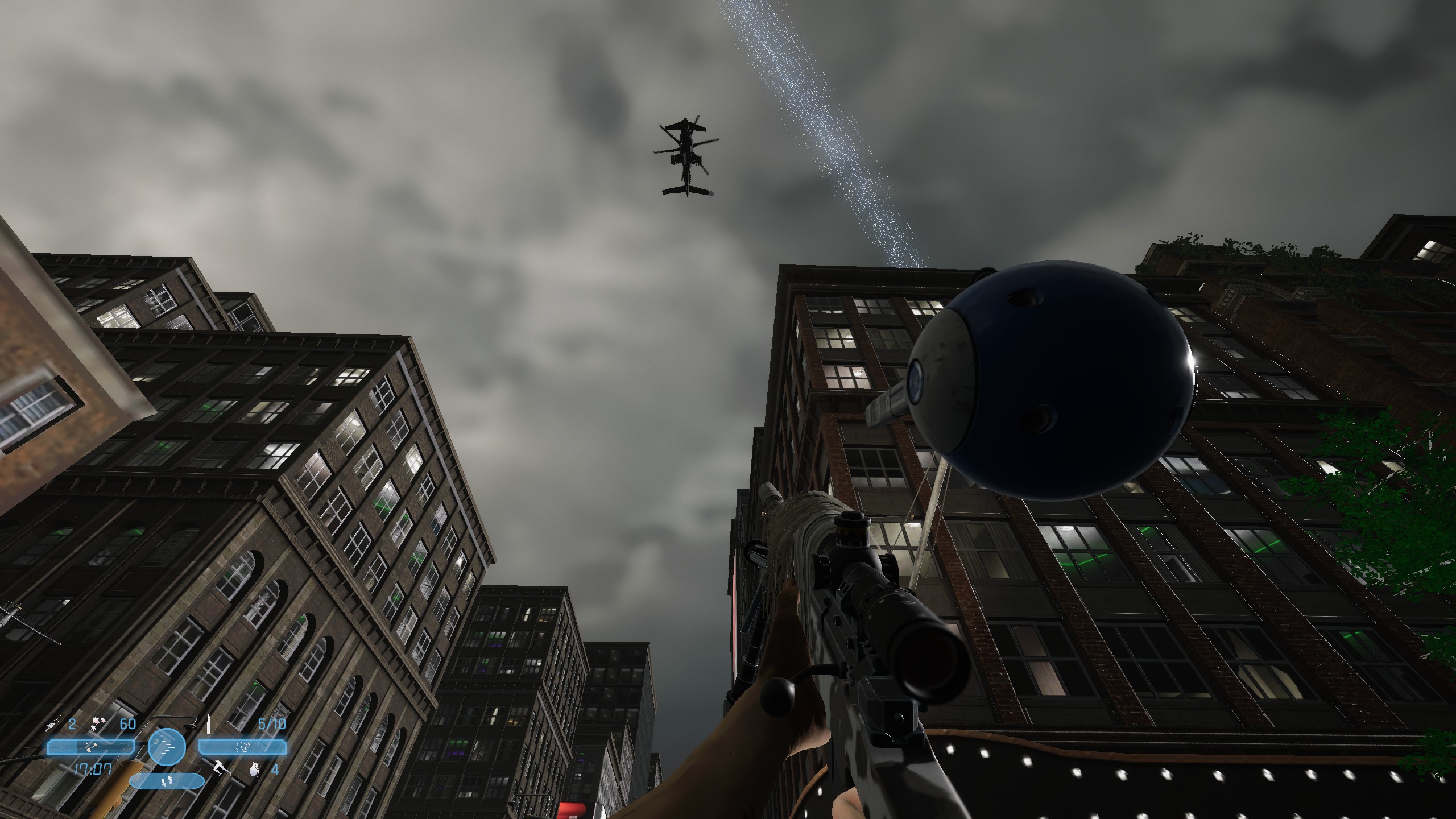 Despite my computer specs exceeding the recommended stated on the Steam page, I cannot run this game on ultra settings due to “insufficient VRAM” (I have a 3060ti for reference). On high settings, I could only maintain 20-30 FPS. On low settings, you get to see how ugly Remoteness looks. It didn’t look very good on high settings either as it used clever shading and draw distance tricks to mask it, but on low settings, you see just how low texture everything is. Just to get the framerate around 40-75 FPS I had to play the entire game on low so my experience was like playing a low-budget six-generation video game. Due to memory leaking issues, if you run the game with anything else simultaneously, it will eventually crash as it happened twice while I had Google Chrome running on a second monitor.

In contrast, the sound design is pretty solid. Despite Hanna speaking and having a few lines that get old quickly, the guns sound powerful and the aliens menacing with beastly snarls and roars. There are also a few tracks that play when enemies spot you to increase tension. In certain areas, remixes of these themes can be heard such as near a cathedral, you’ll hear organ notes playing.

There are some aspects that I like about Remoteness , about Remoteness, despite most of my commentary being on the negative side. The cathedral and Chinatown areas were engaging due to the setpieces and accompanying music. However, getting to them consists of many boring parts of going through the city, or having to do janky platforming/parkour sections where one mistake plummets you to your death. The latter takes up the majority of the game.

Violence consists of killing aliens and corrupt police officers. Sometimes when you shoot them, blood spurts out in small amounts. A few places have bisected corpses. Regarding language, I only heard “f**k” used twice; once in the intro cutscene and another by an NPC. As the setting is about aliens, nothing supernatural is at hand and everything weird is otherworldly.

Remoteness feels unfinished and is strange that it was released in its current state. Almost like the developer ran out of time so they may as well release what they made. It took me about 7 hours to get to the end (or at least one end) so the length is on par with most shooters of the genre. I think there is an extended ending as there is a secret achievement named “Will you marry me?” but I do not care enough to try and go for it. Even if the foundation is there as there were moments that I enjoyed, the stability is bad and the mechanics are messy. Another year of development time should have gone into Remoteness to refine and expand it, but as it stands currently, you won’t miss out on anything by not playing.