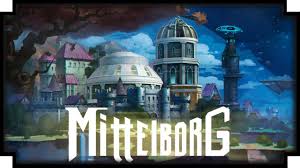 Thank You Armatur Games for providing us with a review code!

The world of Mittleborg is a floating city between two worlds. The mages in the city are in charge of protecting the Tree of Order, the sacred being that maintains the balance of all the universe. Chaos magic runs amok and seeks the destruction of the Tree of Order. The Chancellor is in charge of protecting Mittleborg and keeping chaos magic at bay.

Mittleborg: City of Mages is what developer Armatur Games calls a “strategic adventure with roguelite elements.” Although to me, the gameplay feels more like a board game. Through a pretty lengthy tutorial, the aspects of Mittleborg are explained. Gameplay takes place during days, also known as tempests. Before the day begins, you’ll notice a lot of aspects such as the yellow, red, and blue symbols at the middle-bottom of the screen representing the health of the Tree of Order, and your physical (guards) and magic (barrier) defense. During the turns, there are four different kinds of events that can occur. The chaos magic forces can attack and you use your mages to assist with defending guards or barrier from attacks. You allocate your mages to buildings during these events to minimize damage to your defenses/tree or to collect resources. The other two events are lulls, where your mages enter a portal to gather resources, or breezes where you collect aether.

Aether acts as the currency of Mittleborg and is used for nearly everything. Aether can also be used to reveal the upcoming events in the timeline for each tempest that are normally a question mark, construct buildings, or bolster defenses. There are buildings, items, and abilities that are later unlocked that assist with revealing tempest events, but using aether to reveal them is so cheap that you’ll most likely rather pay the upfront cost and spend aether on other buildings. 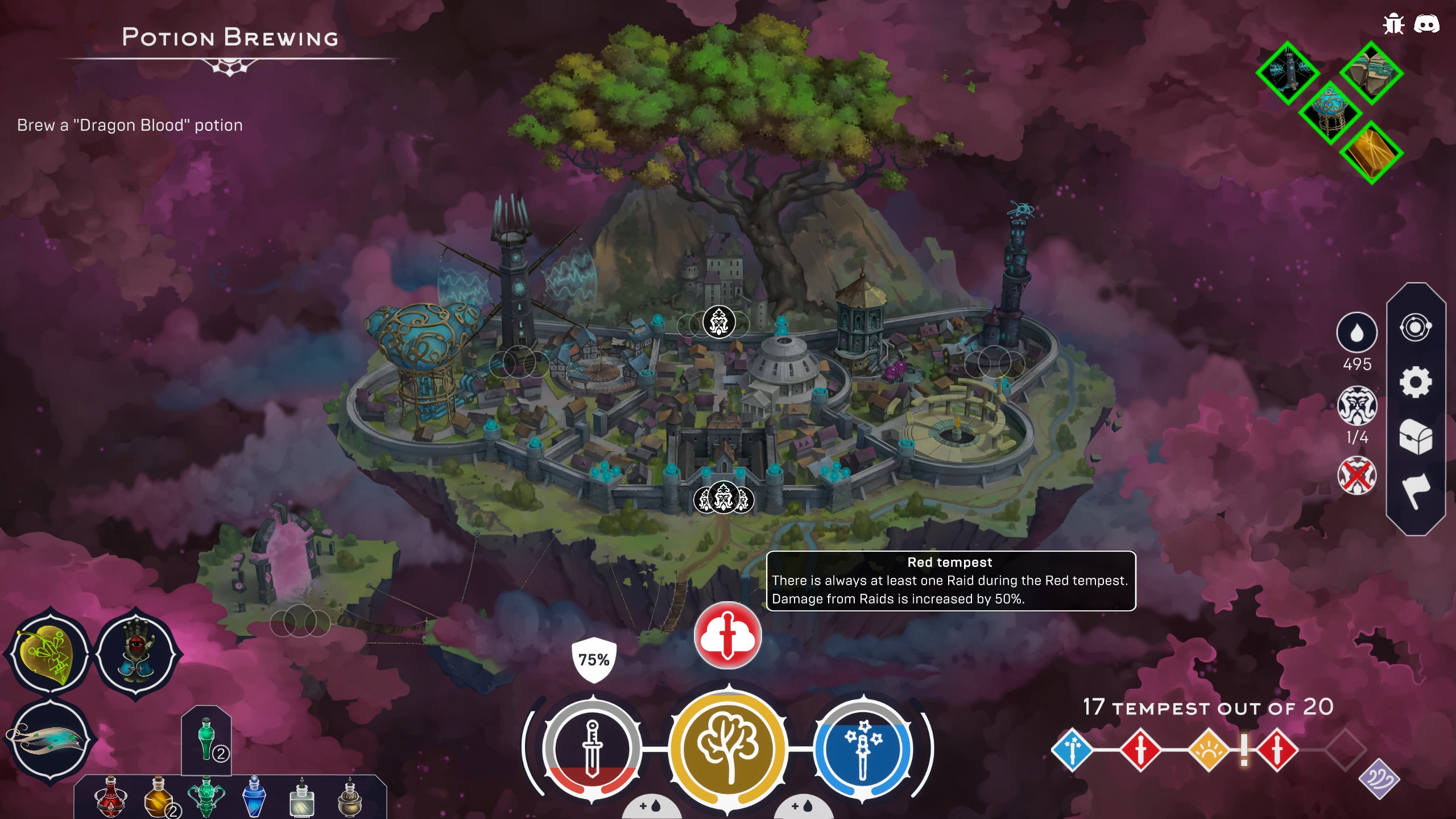 It becomes quickly apparent that the balance of Mittleborg is all out of wack. Because aether is so crucial, the best strategy is to quickly upgrade your Wind Catcher building as fast as possible so you can collect the most aether during breezes. And since you can reveal events for such little cost, all the strategy consists of allocating all your resources to the thing that is about to happen—which is no strategy at all. This method led me to 90% of my wins with little effort. The other 10% were my losses, which amounted more to poor RNG when the game simply didn’t give me enough breezes or lulls during the tempests. Mittleborg implements roguelite elements as when you fail to repel the chaos magic, you are revived and any progress towards achievements is saved. Achievements can lead to permanent abilities for future playthroughs such as increased aether generation or a chance to completely nullify damage. Although, I did come across one nasty bug.

Sometimes, when making a profile, Mittleborg refuses to save your progress. I don’t know what causes this but when playing through multiple files, three of them were put in this state, making it so that the tutorial is endlessly repeated every time I lose, and I eventually reach a point because the damage from the chaos enemies ramp up to such an extent that no matter how good my defenses are, I eventually get one-shotted. 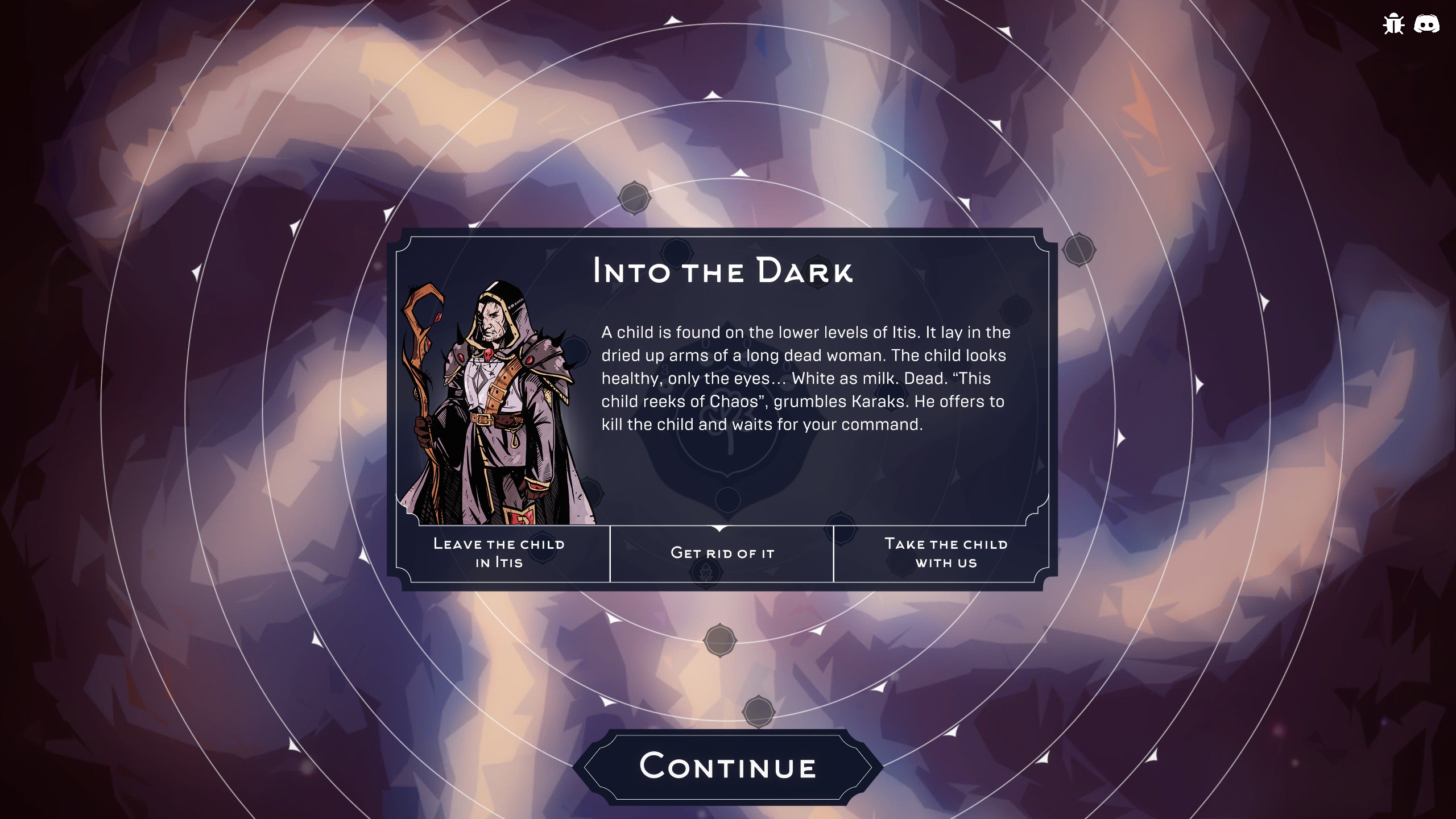 On the other hand, the artwork and visual presentation are well done. Although you’ll be looking at the same two screens (the city and lull portal) for nearly all of your run time, the art style of the characters, backgrounds, and UI are easily the best part with the usage of watercolors and thick black lines. The music, taking an orchestrated approach, is also good and fits the tone, with accompanying snappy sound effects.

The morality of Mittleborg can get a little strange because while violence is never seen, it is described in dialogue and text, with the option of your team murdering others if need be. In general, some choices that can be made throughout the game are pretty nasty but aren’t required to progress. As far as I know, language seems to be clean. I haven’t come across any swears of the sort. Regarding sexual content, the worst it gets is from Shenda the Advisor. She is a demon woman who is wearing what seems to be a scruffy bikini. Everyone else is modestly dressed. The supernatural and occult are all over. Although the setting takes place in a world between worlds, the Tree of Order being similar to Yggdrasil of Norse legends, and Shenda is a demon with what seems to be a pentagram tatoo on her outer thigh area, things are kept just vague enough that it never pinpoints to a specific mythology or religion.

Mittleborg: City of Mages is an extremely strange title. While the art, music, and beginning presentation are good, there is no doubt that it is a strategy game that completely fails at the strategy aspect. It’s like a refrigerator that only keeps food warm. The overall presentation also makes it seem like the experience was meant for mobile devices, yet it entirely evaded the platform. With bugs that further hamper the experience and the last update being more than two years ago, it’s best to avoid this title.