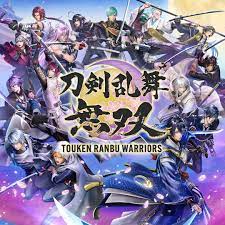 Thank you Koei Tecmo Games for sending us this game to review!

The year is 2205, 15 warriors wander through an open field as cherry blossoms float quietly to the ground. Suddenly, a mysterious fox appears (Konnosuke) pulling the warriors into an investigation that will change their entire world.

In Touken Ranbu Warriors, 15 different sword souls are tasked by the Government of Time to prevent the History Revisionists from changing history. They attempt to change the history by altering key battles throughout Japan’s history via their army called the History Retrograde Army (mainly between the late 1500s and the early 1600s). When the game first starts, all 15 characters are split into 5 squads, and each squad has a chapter. Squad 5 fights their way through the first chapter, then it goes in descending order until all squads have fought their way through their respective chapters. Each different squad arc fixes one piece of history that the History Retrograde Army (HRA) is trying to alter, and the squads will fight in multiple different scenarios trying to fix the things that were not supposed to occur.

Touken Ranbu Warriors is a hack and slash game, meaning that the player runs around a battle field fighting hordes easy enemies with possible stronger enemies thrown in. Each of the scenarios have different goals as well; some of them are to defeat so many enemies on the field, some of them are to fight through enemies to arrive at a specific point in a set amount of time, and some are hidden objectives that the player must figure out by exploring the current map they are fighting in. Once a scenario is beaten, the player can choose to replay it while in the Honmaru screen then the player can choose any of the warriors to play through it with. The scenarios are not very long so it is nice if you don’t have long to play and just want to jump in and do a quick round of fighting.

After each battle, the scene will change back to the year 2205 and will bring the player back to their base of operations called the Honmaru. Within the Honmaru there are different sections that the player can assign different warriors. These sections are: the Veranda, the Kitchen, the Inner Chambers, the Garden, and the Recreation Room. Each of the rooms that the warriors are in during a scenario will generate some bonus for those characters from Experience to materials, to koban (gold), to raising the level of the Honmaru. After receiving a set amount of experience, the warrior will level up and their stats will increase. 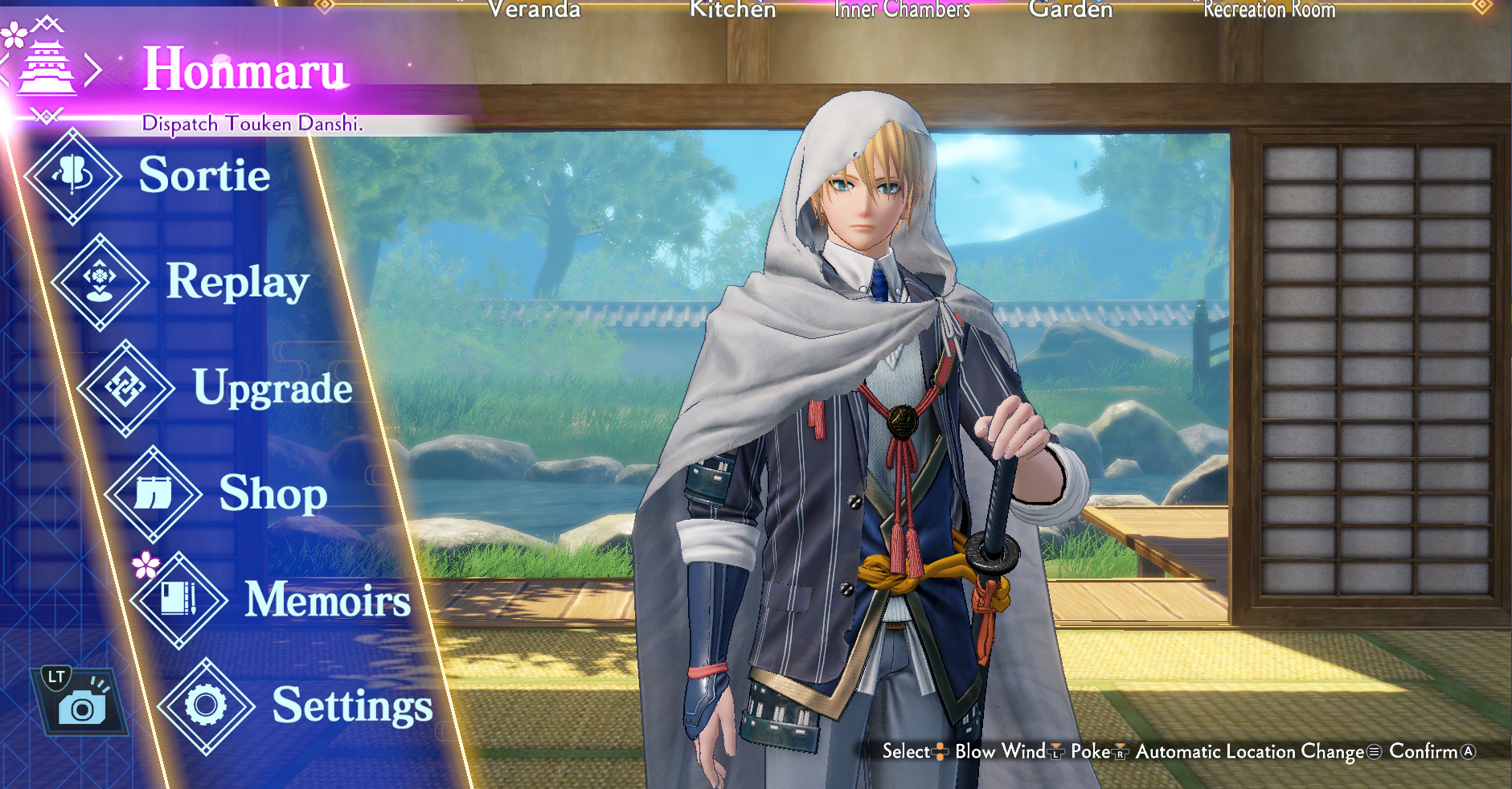 Materials are used to enhance the character by using a set number of different materials fto raise things like Attack, Defense, HP, the amount of attacks that they can do in a chain and gaining special attacks. Koban is used to buy items to equip on the warriors or to buy extra materials in order to upgrade a warrior. Leveling up the Honmaru provides access to better items that the player can buy. Items give each warrior special bonuses: some can provide more gold or items after battle, some can speed up the characters in-game movement; and they can also boost attack, defense or hp. Another feature of the Honmaru is after each battle, when the player returns to the Honmaru some of the rooms will have a die by their names meaning that the warriors within can participate in a mini-game. Each of the rooms has two mini-games that are randomly chosen, other than the Inner Chambers which doesn’t receive any. The mini-games are quick little games that will either reward the player with either more gold, a boost to the Honmaru level, experience level for the warriors in that room, or a bond increase for the warriors.

Most of the fighting in the game is very simplistic, so it makes it easy to master. One button does the normal attacks that can be chained together, then another button does a special heavy attack. This heavy attack can be combined with normal attacks making the chain do more damage; also the player can choose which of the special heavy attacks to use by pressing a button combination. During each scenario of the storyline fights, the player has a choice of one of the warriors from the main squad during the current chapter, then they will choose a secondary character that will fight with them. The secondary character will either be one of the other squad members or the game will randomly provide the option of a squad member from a different squad the player can choose. While the player will only use the main choice, the secondary character will help fight, can help during combos, and are also part of special attacks. Another benefit of the secondary character is as they fight together, they will develop a bond that will either unlock follow up attacks or unlock conversations while they are in the Honmaru together.

The music in this game is one of the best parts of the game, it gives it a very Japanese samurai movie feel. They always seem to have music that fits the mood that the game tries to convey as well. The controls of game work great with the Xbox controller, plus it gives the option of using a simple button layout which allow multiple buttons to have multiple functions, or the harder setup that each different action uses a different button. I used the simpler option just for the ease of it, but I tried the harder button setup and it still worked just as well with the Xbox controller. It also allows keyboard and mouse controls too, but I found it worked much better with the controller.

I found the graphics very nice; it uses cell shaded anime style graphics. The character designs I felt are a bit dated, but judging by information I found, this game is a spin off game of a game called Touken Ranbu Online; the game came out in 2015 and I think they just used modified character models from that game. Otherwise the scenario locations and backgrounds look great. All the voice acting is in Japanese, which is fine since a vast majority is translated into text. There are a few sections of the game that the characters said something but with no text involved so I have no idea what they were saying. It was not a major aspect of the game so it did not detract from the game at all. The biggest issue I had with it was they talk in the middle of fighting and it pops up text on the side of the screen, but with the amount of action going on, it is hard to read the text before it would disappear. The game did have a work around by having a log system that shows everything that is said, but if it happens at the beginning of a longer scenario I had to spend time digging through the text to find where it started. 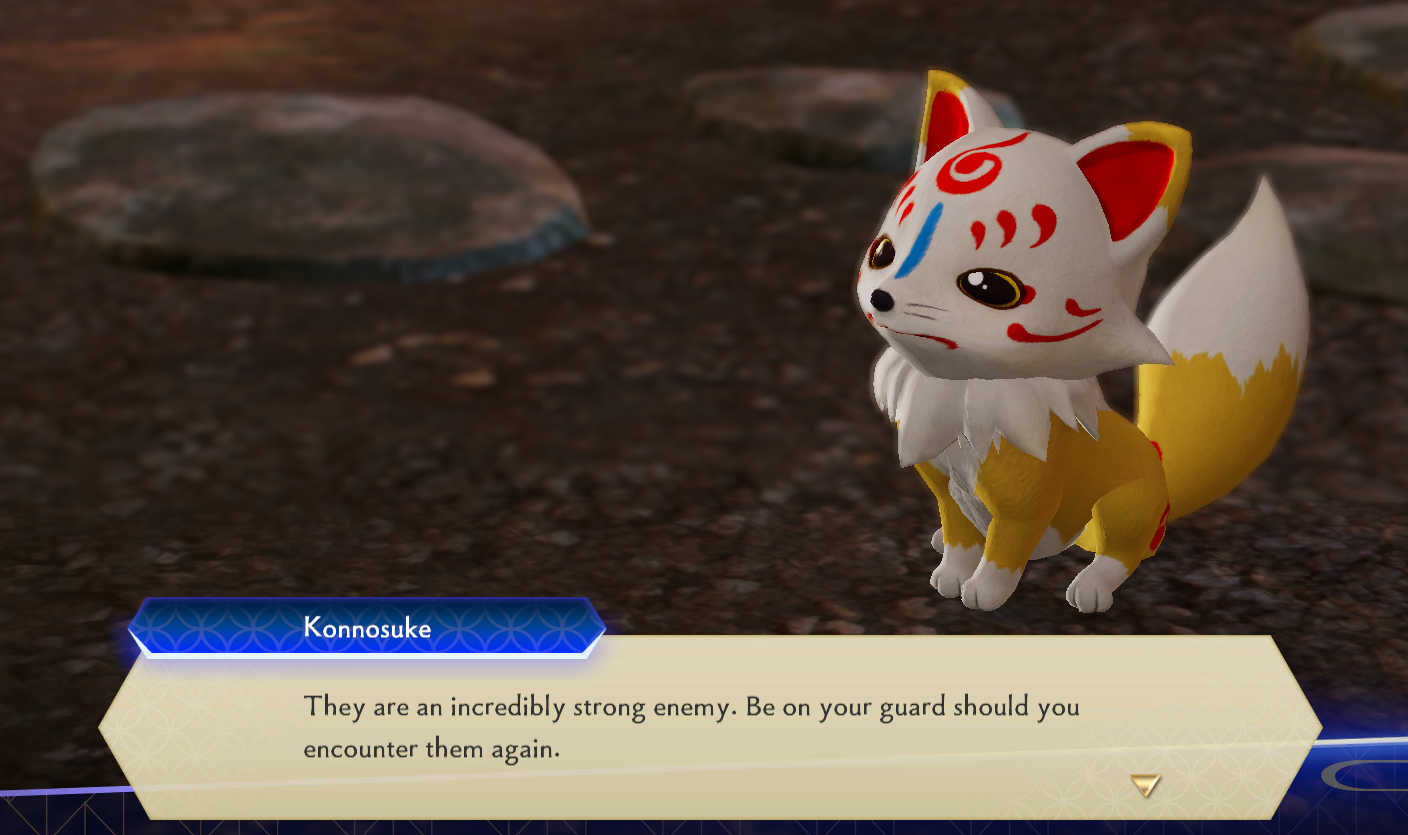 The fighting in the game is mostly monster violence, and even if humans are involved, they did not look like were dead, they would go down onto one knee and just disappear. The monsters themselves just fall to the ground and disappear into a puff of smoke. For a hack and slash type game, the violence is very tame considering, there were even a few levels that there is no fighting at all.

There are a few occurrences of d**n and h*ll throughout the game, but really the dialogue is great without having to throw curse words into every other sentence which I am very happy with as I feel any more swearing would be detrimental to the story as they are trying to show these warriors as cultured individuals.

Sexual content is where I find this has a few flaws. First of all, there are not many females in the game, and even the times they show them, it’s very few and far between and all the warriors are male. While that isn’t in itself a bad thing, I somewhat get the feeling that this is a pretty boy game, made more for woman, or people that like looking at pretty boys. The reason I said that is the fact that in the game, there is one character that talks about stripping, not in a sexual way, but for some reason he seems to like taking off his clothes. He never actually takes them off, but in a few cutscenes, he recommends that they do it. Secondly, while there is definitely no nudity at all, and all the warriors are very well dressed, whenever any of the warriors gets hit by a unique attack, their clothing gets ripped up and almost all the characters end up exposing their chests and have a few cuts on their pants. Lastly, there are a few characters that look like they are wearing eye liner or lipstick and one is wearing high heeled boots. There is also a scene where one of the warriors is questioning why one of the generals sent out his cute nephew on his own. So while it might not come out and say it and some of those things were easy to miss, I feel that it does kind of condone homosexuality (just my opinion mind you as there was really no sexual situations throughout the game).

Another issue the game had which comes down to is the ethics of whether to let a person in the past die or commit suicide, because that is how it happens in history. There are a few times that the warriors question whether letting someone die or commit suicide is right, and while they never felt it was right, they allow it to happen because that is what happens to that person in history.

Overall, I think this game is fun as I enjoy the hack and slash genre. It also incorporates anime style, which I like and while some 3D anime isn’t great, I found the game did a fine job with it. One of the issues that did bother me with the game though was that after each scenario in the story line, the game brings the player back to the Honmaru even if without the option of just continuing the fighting, and some of the scenarios were really short so I felt like I spent more time in the Honmaru than playing through the hack and slash parts of the game. Other than that, it was quite enjoyable. If none of the issues mentioned above bothers you, I would definitely say this game is fun and has a great storyline and would be worthwhile to play.

As always, consider any appropriateness issues before making a choice as to play this game or not, but if the things mentioned do not bother you, then I think this would definitely be a good choice for any hack and slash fan to play.