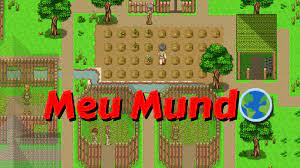 Note: ChristCenteredGamer initially contacted the developer due to the belief this game needed a lot more polish and that we wished to give them time to further improve this title before reviewing in a belief it would be fair to them since the title was in a very rough state at the time the review key was initially assigned. Since then, no work has been done to improve this to our knowledge, so we have decided to review the game on its existing merits with this in mind, as fairly and honestly as the existing quality allows and deserves.

I'd like to thank Tiago Portella for sending us a review code.

Games that simulate humanity itself are a bit meta. To our knowledge, humans are the only beings that play video games. That said, their quality can reveal something good and bad not only about the human condition but also about the state of the game. Meu Mundo, Portuguese for "My World", is thus as flawed as the species it lets you simulate.

The basic concept is that of a top-down 2D simulation where you must give orders to an initial group of human NPCs to construct various things for their survival. This is supposed to culminate in them propagating on their own and thriving in their own village, much like humanity did post- Paleolithic era. The player can either give them orders based on various automatic building instructions or take more manual control, but either way, they must help their charges survive and thrive. The game is largely driven by a queued list of automated orders for build and construction selected from a series of toggled menus, where production orders are selected by a mouse. 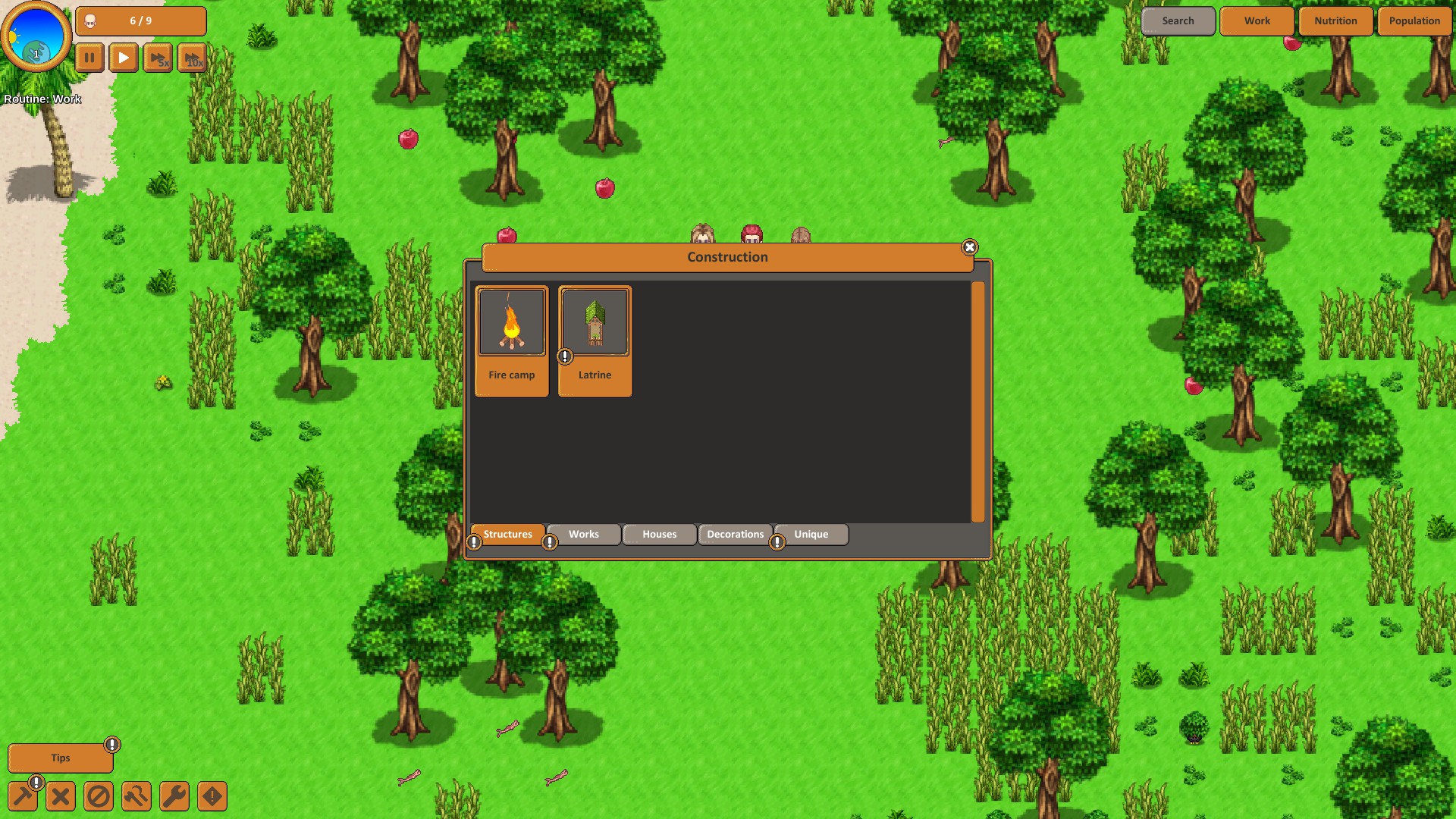 Strong Points: Simple, low-budget take on the humanity simulation genre without many complications
Weak Points: Utter lack of instruction on how to do anything; very rough around the edges in terms of quality; uninspired assets
Moral Warnings: Barbie doll-style nudity

I'd like to stop here to add that this game, while having a help section explaining what various game mechanics do, it utterly lacks information on the game controls, how open-ended the gameplay is, or what the "win" conditions are. Insofar as I could tell, this is an open-ended simulation game that is semi-automated via selecting production orders for your NPCs to perform, but how and when the game ends, if it does, is never clearly explained.

Graphically, this makes use of a very similar art style as the tilesets of RPG Maker XP. Given the simple, 2D aesthetic, this is not a terrible choice, though it looks rather unimaginative, as these assets are generic to many RPG Maker and similar projects.

There is a lack of sound effects and there is only one soundtrack, a decent sounding if repetitive piano track. The game is controlled by keyboard and mouse, and while the controls work well enough, there is a severe lack of instructions on how to use them. Worse, due to the game interface being partially untranslated while the English portions contain no guidance on how to use the game controls, it's nigh impossible to figure out what you are doing. 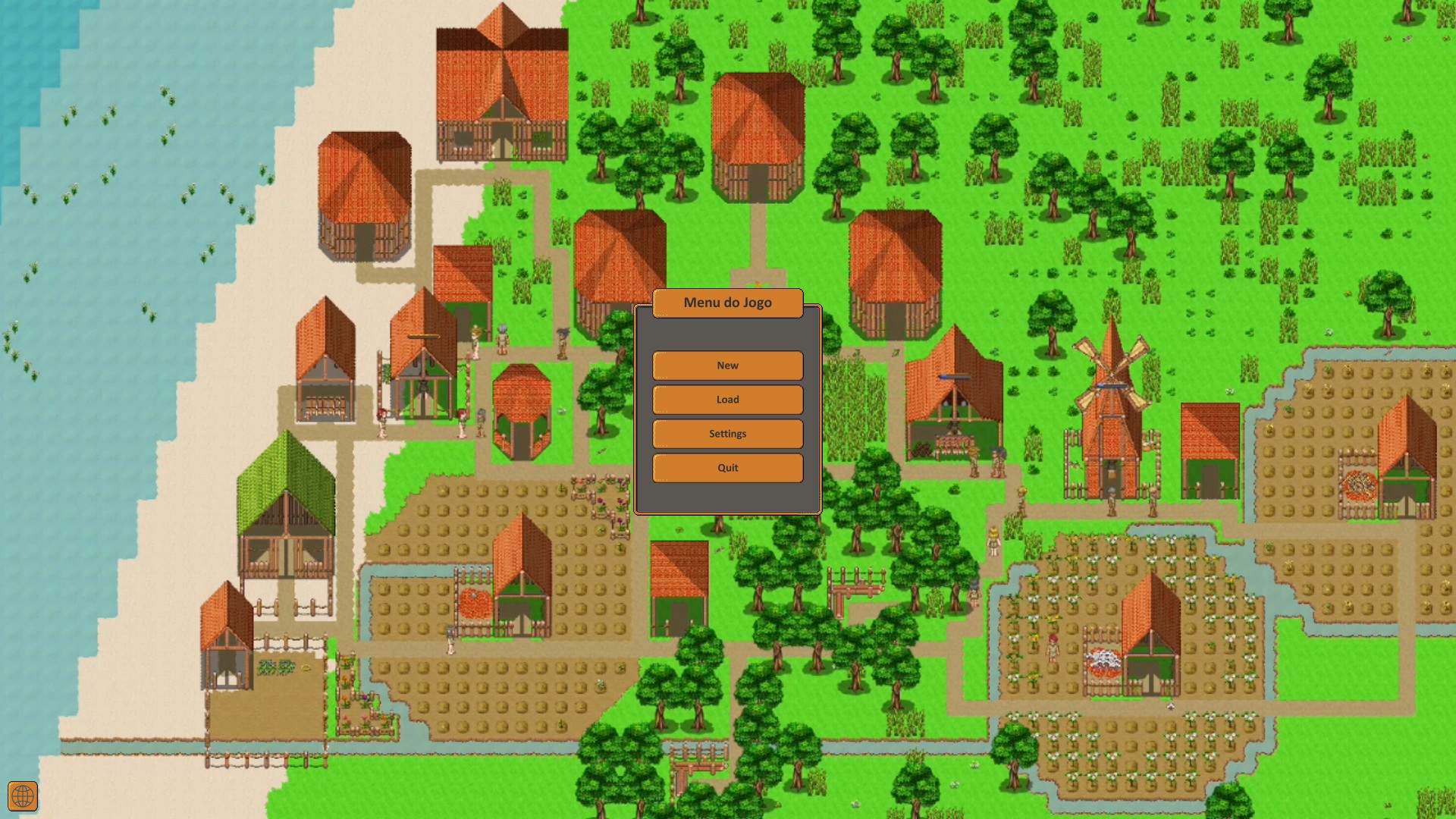 The game stability is fine, but mostly because this is a very low-budget project that feels like it was built off generic Unity templates. This can run on absolute toaster-level PCs, and I did get it working in Linux via Proton. There is no information on how it would work on the Steam Deck, but it should work if it runs in Proton.

There is some incredibly basic nudity, generally of the featureless paper doll style since your NPC humans start "naked", but given the genre, this is logical enough. There is no actual sexual content depicted aside from this, though. In terms of morals and ethics, the idea is to help your NPC characters survive, and that has nothing morally objectionable regarding the concept or execution.

Unfortunately, I cannot in good faith recommend this to anyone. It is horribly unfinished, uninspired, and just not very fun. Given the developer was given a long time to fix this and effectively has left the project to rot, I would not advise getting it on either technical ground or moral ones, the latter only because of the nudity if that is offensive, basic and featureless as it may be. Overall, the game may be "your world", but you won't have much fun in it.