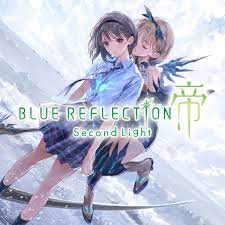 I reviewed and enjoyed Blue Reflection when it was released in 2017.  Many of the characters from the first game return in the sequel.  The main character in Blue Reflection Second Light is Ao Hoshizaki who is about to embark on her summer break until she gets a strange text message and finds herself in a different world without her memories.

In this strange world, Ao is not alone.  There are other girls there who are missing their memories too!  Sadly, there are no male characters in this world.  Unfortunately, male characters in this game are depicted as bullies or lacking in morals.  The girls make the best of being stranded on an island with a school on it.  Together they cook, craft items, and add fun upgrades to the school amenities.  For example, they can convert the school’s swimming pool to a relaxing hot tub.  You’ll get to see the girls in their swimsuits on multiple occasions.  Their typical attire are school uniforms with skirts that end a few inches above the knees.  During battle, the girls can transform their weapon, hair color, eye color, and their outfits magically.  Some of the outfits are tight-fitting leather garments.

The school is surrounded by water, but at the edge is a steering wheel which can transport the girls to different areas called “heartscapes”.  Each girl has their own heartscape which is themed on their lost memories and is occupied by demons of their past.  The heartscapes have items that are often unique to it and are required for crafting particular items.  Even after defeating the final boss of the heartscape, you’ll have to return on numerous occasions for story-based fetch quests or gathering items for crafting.

Typically, after completing a heartscape and jogging a girl’s memory, they will think of another girl and they’ll suddenly appear on the island without their memories.  As the characters regain their memories they’ll theorize how and why they all wound up on this island that they call the Oasis.

When Ao is not exploring heartscapes or beautifying the school, she can go on “dates” with the girls trapped on the island.  Though this game tries to twist everything into sounding “gay” most of these dates are innocent and not romantic at all.  When I get together with my girlfriend to watch a movie or a grab a bite to eat, I consider it “hanging out” and not a date.   Stating otherwise has implications and that’s what this game does constantly.  Often while talking to the girls, you’ll be given a chance to respond to them and the choices are usually suggestive and imply that your character has romantic feelings towards them.  In the beginning, you can compliment someone’s outfit or appearance to being cute to later saying that they would be a good wife or that you want them to be your wife.  If I said the latter to my friends, they would ghost me in a hurry!

About halfway through the game, you’ll find out that two character’s heartscapes are connected and that there is a same-sex romance going on between them.  Even further in the game you’ll have two opportunities to pick a favorite girl to confide in.  Whenever possible I made conservative discussion responses so I haven’t seen anything more than girls holding hands.

Each character has a different weapon and attack affinities.  Their skillset is dependent on how much time you have spent dating them and what abilities you have assigned to them as a result.  Your battle party can consist of three fighters and one support character.  The support character can buff or heal the girls on the front line.  If a frontline girl is defeated, you can swap her out with the supporting character. 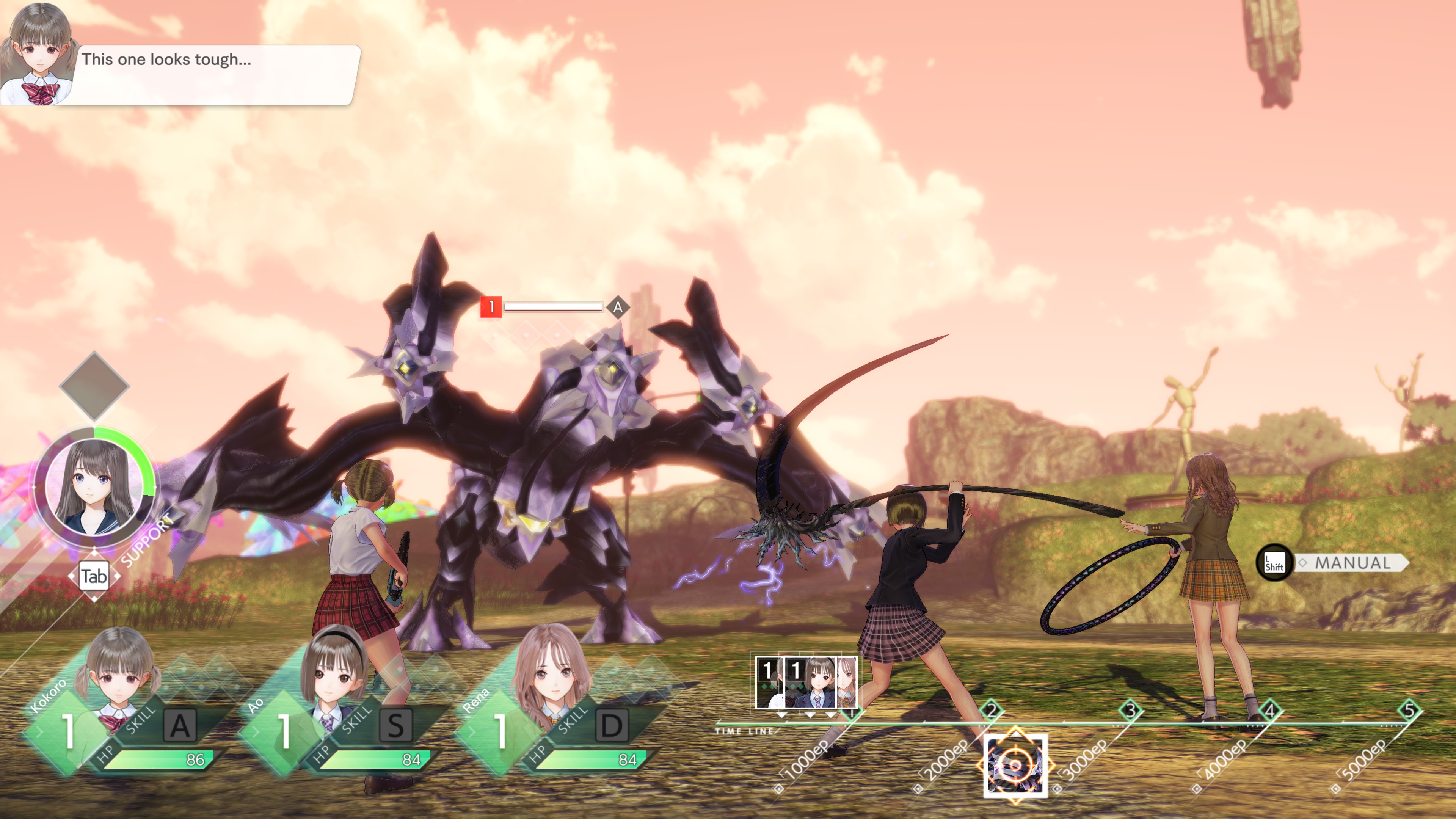 The battles are in real time but each girl’s attack has to charge up.  The longer you charge up your attack, the more powerful it can be, but you risk losing your chance to strike if the enemy knocks your character back.  Sometimes an enemy will initiate a one-on-one battle and you’ll have to time your charging up, attack, dodge or counter abilities.

As the characters attack and turn into their reflector personas (more powerful state),  you’ll be treated to a pretty cut-scene.  After a while they’ll get repetitive and the option to skip them would be nice.  The girls are nicely detailed, but towards the end had trouble telling some of them apart with their similar school uniforms and hair styles.

The background music is pretty, but not super memorable.  Each character is fully voice acted (in Japanese) and it really brings them to life.  Some of the conversations are done through a phone chat app.  Occasionally you'll see some language like *ss, d*mn, and hell. The sound effects are good, especially when they cook, as you’ll hear the food boiling on the stove.

Despite Blue Reflection Second Light having cute and likable characters, beautiful worlds to explore, and a fun battle system, the cringe dialogue and forced homosexuality ruined the experience for me.  Many games these days give you the option to play as a straight or gay character.  In Blue Reflection Second Light, it’s forced as you have limited dialogue choices and many of them have romantic overtones.