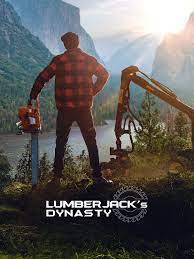 Thank you Toplitz Productions for sending us the review code!

Lumberjack’s Dynasty is a life simulation game where you have to take care of a farm and make money by selling lumber. You can choose to buy many different kinds of fancy machines to make your job more efficient, as well as getting livestock to make money off of what they provide you with. There are also plenty of side quests for you to do to keep yourself entertained. Another option is to get married to somebody you meet and start a family. In other words, this game has lots of things for you to do.

When you start a new game, you are shown a cutscene which tells you that you moved in from far away to live with your aunt and uncle who previously had a lumber business. They allow you to use the property and lumber mill so that you can make money yourself. Your uncle teaches you the basics, and you’re told to just repair everything using a nail gun it provides you with. This nail gun is referred in-game as the repair tool, and if you aim it at a damaged part of a building and fire, it simply instantly summons the correct amount of wood to fix it.

In order to make money off of lumber, you have to first buy a forest using the money that is provided for you, unless you don’t have enough, in which case you can do some side quests or find someone to sell things to. After you have done this, you’ll use a chainsaw to chop it down, and then cut off all of the branches. You then have to split it into smaller pieces so that you can carry them to a river, where they will float down to your lumber mill. After they’ve arrived, you can use a terminal to decide if they are stripped and sent to log storage or sent to saws to be turned into planks. If you decide to turn them into planks, you have to put the planks into a dryer in order to get good selling value or to use them for building. This is very tedious, and I do not like how there is no way to automate it. After you have something to sell, you must figure out a way to transport the wood to a place that will buy it. The problem here is that you are not provided with a platform truck, so the solution is to sell exclusively logs for a little while until you have enough to purchase one. There also is a quest that lets you use one while it’s active so you can technically use that for a bit, but you do not actually own it and cannot take advantage of it for very long.

Lumberjack’s Dynasty has a tool that you’ll use throughout the game known as Engineer’s Sight. This allows you to slightly zoom in and show the details of an object or person. It shows how much someone likes you, as well as other things such as how dry a wooden plank is (to see if you can build with it), the details of a forest you’re in, along with showing you where to cut on trees.

If you decide to pursue a family, you must first find a woman somewhere on the map. Almost any of them can be made into your wife, but first you have to get them to like you. To do this, you have to give them a compliment every day until they feel that you’re worthy of marrying them. It is fairly unrealistic, though, as when you tell them that they’re beautiful or that they have nice eyes, they actually take it as a compliment rather than calling you a creep and shooting you with pepper spray. You can tell how fond someone is of you by using Engineer’s Sight and looking at the face next to their name. It will show a neutral face if you’ve barely met, and it will move up to a heart-eyed face and then just a big heart if you are able to marry them. Once you’re married for a few in-game years, a baby will show up and you get to raise it. 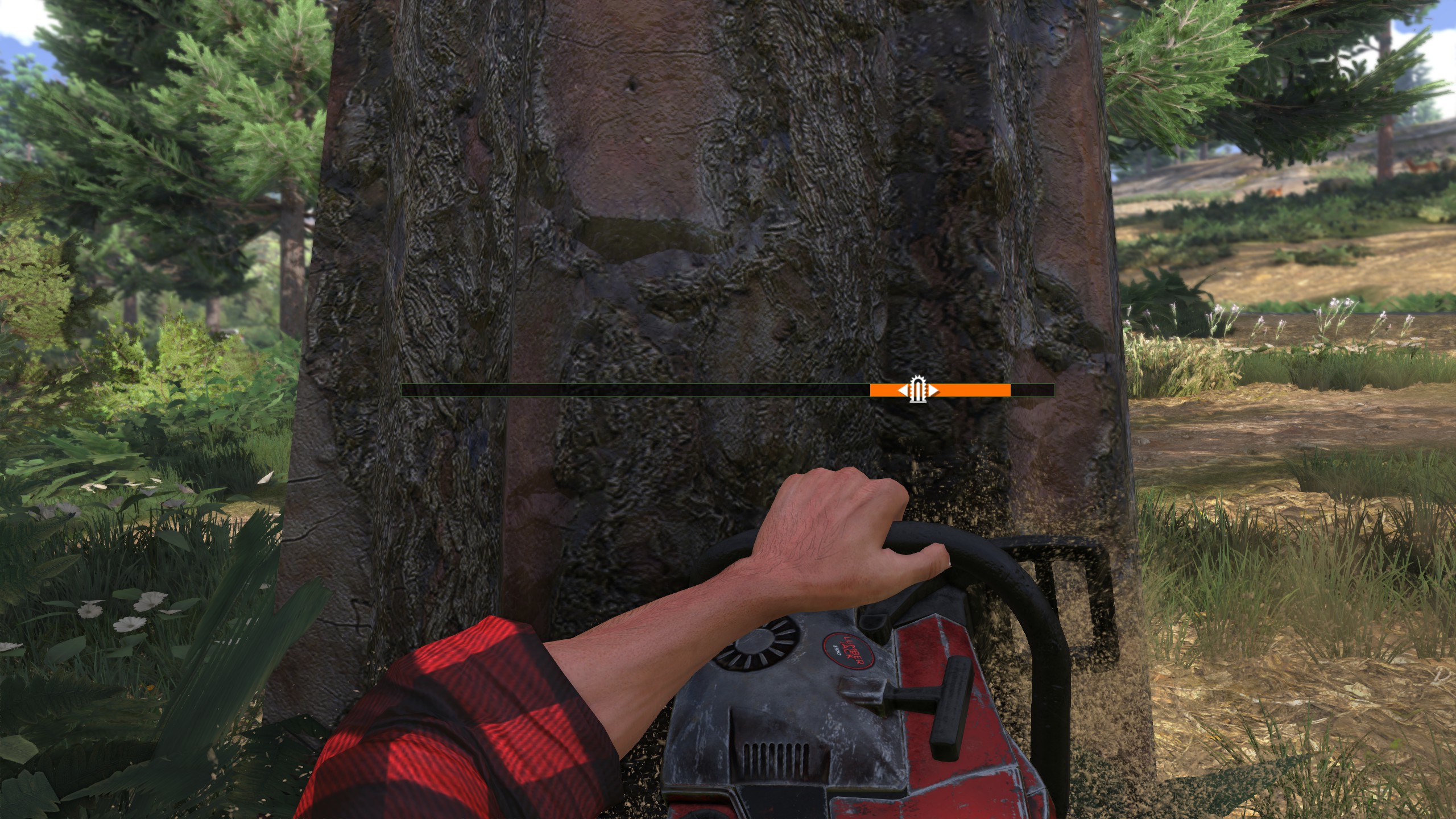 The graphics are pretty good in this game; the models could be better but the shadows and light quality are very good. The music isn’t anything to shout about, but it’s very fitting and calming. There is voice acting for all dialogue though, and it’s really well done. The thing that’s very annoying, though, is how many bugs are present. The map is so easy to have a tractor tire clip into it, immobilizing you until you either call a tow truck or find some other way to get out. Another thing that might happen is getting some logs stuck clipped inside your vehicle, or into the ground where you have to figure out some weird way of getting them out if you really care. There are a couple of smaller issues as well, such as some characters occasionally speaking in the wrong voice, and a couple other little things that don’t really change the game too much. The original controls aren’t very good, as there are some strange things such as having the enter/return key be used for tasks that you do quite often (such as operating your machines), but they can be changed if you want to.

Morally, Lumberjack    Dynasty isn’t that bad, other than a little bit of mild language and slight alcohol references. The swearing only consists of d*mn and hell, and you start with a little bit of beer. But when you hover over it in the inventory, it says “probably non-alcoholic” to make it a bit more family-friendly.  As I mentioned previously, having children doesn’t require you to do anything in order for it to happen, so it’s clean in that regard too.

Lumberjack’s Dynasty is definitely something I would recommend to anybody who likes more calm, relaxing life simulators and farming games. As I’ve stated, it is pretty family-friendly, and is also very well voice-acted and clearly had a lot of love put into it.