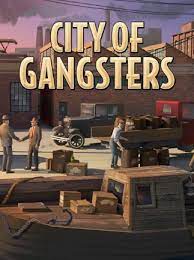 Thank you Kasedo Games for sending us a review code for this title!

City of Gangsters takes place in 1920 when the prohibition was in full effect and people are still craving alcohol though it’s not legally available.  As a recent immigrant, you get to stay in the city of your choice with a relative who runs a legitimate business with a back room where you can do as you please and nobody will see or bother you.  You’ll also have a vehicle at your disposal that will be helpful in exploring the city and recruiting underlings to build your bootlegging empire.

Your first order of business will be to talk to your relative and have them introduce your to the locals.  Most store owners will open up about their “under the table” wares if they know who they are talking to.  If a city is under the influence of another gangster family, you’ll have to intimidate, beat up, or kill the competition to get a chance to talk to the local merchants.  Once you get a foothold in a new area, you’ll have to make more connections and open up further opportunities for fronts and other money making ventures.

This is a turn-based game and your character and their cohorts have a limited number of movement and action points per turn.  The bigger your operation, the more you can do per turn.  More micromanaging goes with the territory as well.  As you explore the city, the game will keep track of the locations offering various resources, training, staffing, and repair facilities.  The resource tab will come in handy when you need to find out where to go to sell or acquire specific items.  Some resources are harder to get to than others so be sure to stock up when you find the rarities.  Your car has a limited amount of storage compared to the buildings you manage.

Strong Points: Randomly generated maps from multiple cities and unique character stats provide lots of replayability
Weak Points: Gets repetitive; old saves are not compatible with recent game updates
Moral Warnings: You can intimidate, beat up, or kill opposition; bribing police is encouraged; this game is themed on bootlegging and selling alcohol during the prohibition; gambling is available through purchasing DLC

To earn the trust of the locals, you’ll have to keep them protected and help them acquire hard to find items.  After doing a couple of errands for them, a business opportunity quest will typically become available and will be required to learn how to make different types of booze.

Once you have the knowhow, you’ll need to find a facility with backroom access and have a manager in place to run the illicit operation.  The proper supplies and construction materials will also need to be provided to get the alcohol flowing.

After the alcohol is made, you’ll need to make deliveries to willing buyers and keep the cops looking the other way.  Other mafia families won’t take too kindly to your family encroaching on their territory and may attack your employees.  Be sure to keep them well armed as it’s futile to bring a knife to a gunfight.  Even a bat is better than bare hands.  The violence is turn based with you giving an order and it will happen without you seeing it take place.  If you wind up killing the enemy, you’ll see them wrapped up in a body bag.  If your character is badly injured, they won’t be able to do much until you bring them back to base to recuperate. 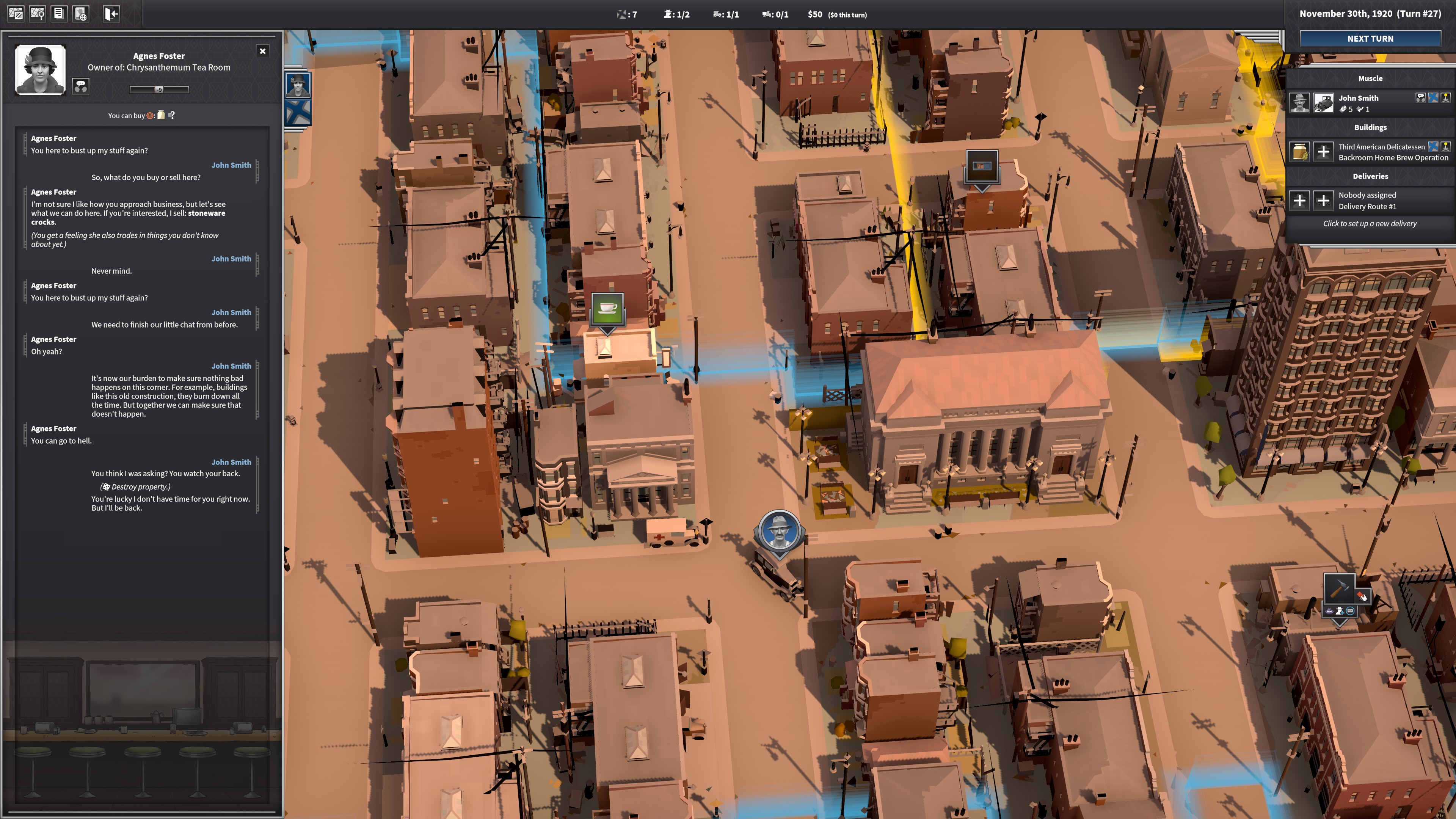 There are many paths to victory, but how you get there is up to you.  Time progresses with each turn you take and you have until 1933 to turn your empire into a well-oiled machine.  At the end of each year, you’ll be given a summary of your finances and accomplishments.

Between the multiple randomized city maps and various character traits and nationalities, there is plenty of replayability.  Various DLC packages have also been released ranging from $2-8.  If you’re into Steam achievements, this game offers eighty of them.  This title is also rated as “playable” on the Steam Deck.

Graphically, City of Gangsters is alright.  The interface is easy to navigate and the resource map is very useful.   The overhead view of the city is a little bland, but functional.  I like the storyboard artwork used for showing accomplishments made in the game.

The audio isn't spectacular, but gets the job done.   There is no voice acting, but the sound effects are decent.  The swanky background music is fitting for the time period that this game takes place in.

Overall, I found City of Gangsters to be entertaining, but not captivating.  It’s a decent mobster simulation game, but there’s a lot of micromanagement and repetitiveness that holds it back.  It’s worth checking out on a Steam sale if you’re on the fence.  Morally speaking, this game is tamer than many of the mafia movies out there, but the standard rule breaking lifestyle applies here.