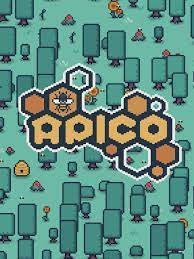 Thank you Whitethorn Games for sending us a review code!

This year, I officially became a beekeeper. I’ve gone from one hive to two and have yet to collect or sell honey. It’s a lot of work. When I heard about Apico, it piqued my interest. There’s a lot of bee humor that may go over some people’s heads. Apis is the Latin term for bee and the game’s engine uses that moniker. NPCs in the game often have bee related names like Abbee, Barnabee, Dr Beenjamin BhD, Beetrix, and Nana Beelia.

Upon launching Apico, you’ll be tasked with customizing your character’s appearance, name, and hair color. Your gender isn’t specified, but all of the NPCs have their preferred pronouns in their dialogue boxes. Pretty strange since they’re technically binary…

After starting the new game world, you’ll be shown a letter from your Nana. The letter shares her excitement that you’re taking an interest in beekeeping again and she looks forward to seeing you soon. The boat captain is ready to take you on your journey!

Once in town, you’ll find that the people there are happy to see you and encourage you in your beekeeping endeavors. Your Nana will give you a guidebook which has a bunch of tasks to complete with rewards upon completing each one. If you follow the guidebook, you’ll learn the ins and outs of crafting, decorating, harvesting, and beekeeping.

Apico is compared to Stardew Valley, which I can’t comment on, since I haven’t played it. At your own pace, you can harvest and craft items to expand your honey collecting empire. You’ll have to chop down trees and then use the saw bench to turn logs into planks and sticks. New recipes will become unlocked as you harvest and make new and exciting items. Honey is made by collecting filled frames for your apiaries and then uncapping them to be extracted or put through a centrifuge. You’ll also collect other byproducts such as honeycomb, propolis (bee glue), honey dew, pollen, and seeds to replant the flowers that the bees love. In order to sell honey you’ll have to have it bottled up properly. Alternatively, you can combine honey and rain water in a fermenter to make mead.

Progress in Apico is measured by how many bee species you have discovered. Only a handful can be found on the starting island. The rest you’ll have to cross-breed to create or explore other areas to locate them. Boat trips and other endeavors are restricted until you discover a set number of bee species. Discovering new species is easier said than done as timing, weather, or other environmental requirements have to be taken into consideration to make it possible. For example, some bee species have to be breed in the evening or while it’s raining.

Different breeds of bees have different traits to take into consideration. Some bees love water while others can’t stand rain. Some bees are nocturnal while others come out during the day. Aggression and stability are other factors to take into consideration. If you have the proper tools you can look at a bee’s genetic traits to see if it has the genes you want to carry forward or not.

I like how Apico can be very relaxing and yet very detail oriented. Thankfully there are no time limits on discovering the different species. In order to win the respect of the professor, you’ll have to discover a lot of bees. In total, there are thirty-sex species to discover. Thirty-nine Steam achievements are available if you’re into those. 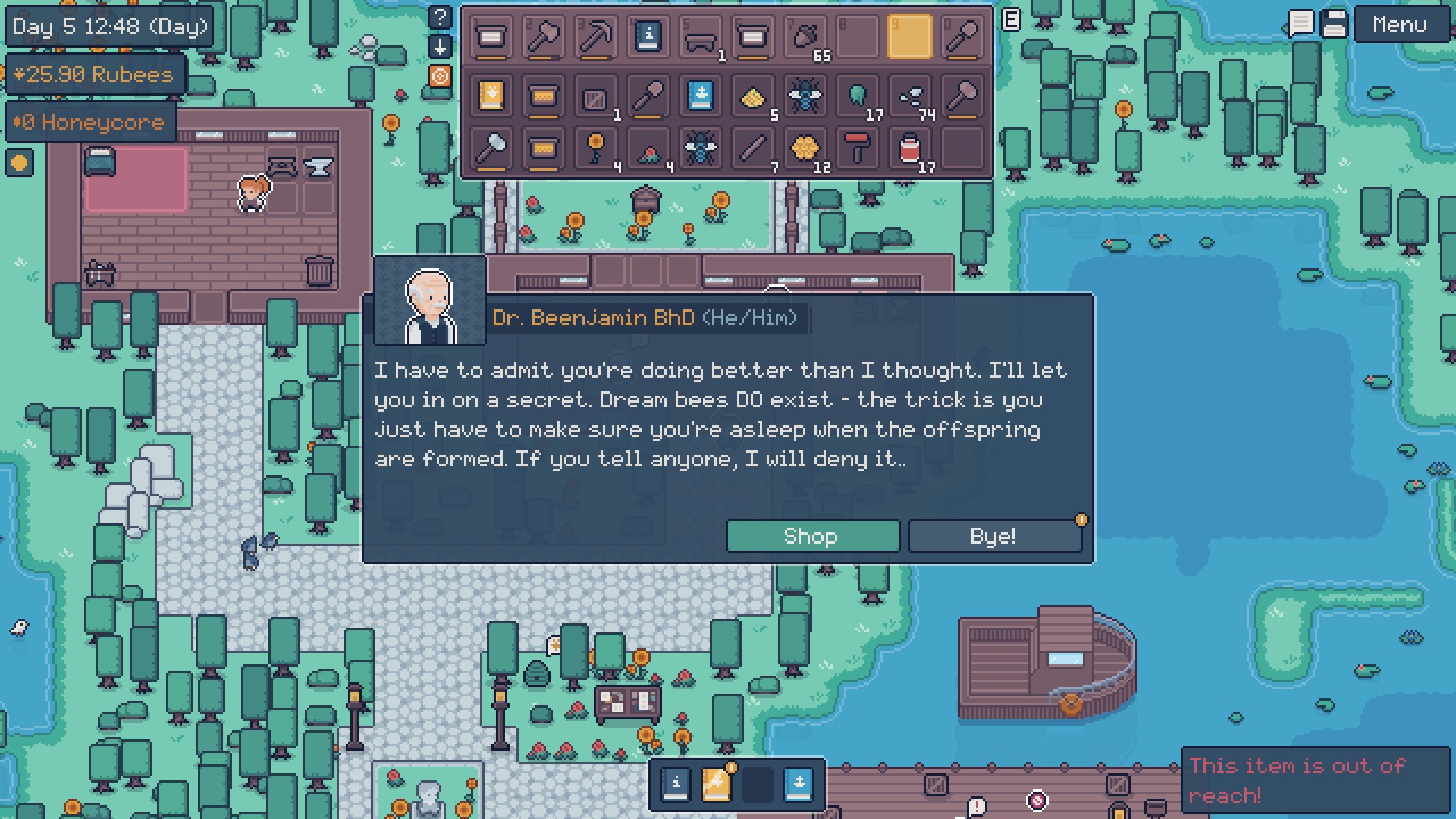 Visually, Apico has a pixel look that’s retro, yet charming. The different bee species have different hues to tell them apart. The game’s interface is a little cluttered at times and moving some objects gets to be cumbersome at times. In the mod menu you can’t scroll past the first few results to see the full list of available mods.

The sound effects are very realistic. You’ll be hearing lots of bees buzzing and different weather and nature sound effects. The background music is quite relaxing and reminded me of music from Minecraft. If you enjoy the soundtrack, it’s available on Steam for $6.99.

If you have friends that own Apico, you can host or join a world with up to four players online. User made mods are also available to add new features and customizations to the game.

There are some moral issues worth noting. Aside from the preferred pronouns and making alcohol, there’s an island goddess with shrines, altars, and idols dedicated to her. Weather conditions may change depending on offerings made to her.

If you’re into crafting games or bee conservation, Apico is worth looking into. If you’re on the fence, there’s a free demo available. The asking price of $19.99 is reasonable and this game is sure to entertain you for a while.