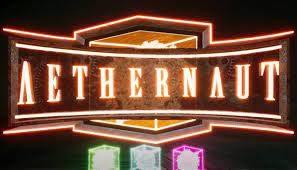 Thank you Dragon Slumber for providing us with a review code!

Aethernaut is a first-person puzzle game that takes inspiration from similar titles in the genre such as Portal and The Talos Principle. I’ve only played the former, so I don’t know precisely what influence it took from the latter.

What makes this title notable is that there are many choices to be made while playing. Most of them only influence dialogue, while a select handful does have an impact on the credits. You’ll even see the percentage of choices that other players have made in the main menu and settings, however, you won’t know what the questions are until you come across them in the story. I did like seeing how some questions skewed heavily towards one side. It made me wonder what kinds of questions were asked before encountering them in the polling booths.

Taking place in a facility, the player is guided by an unseen narrator who goes by Cornell. In this rather large hub world, there are slightly over 94 puzzles. Most of them contain aether vials that can be used to unlock more areas. Out of the 94 puzzles that contain aether vials, only 64 or so are needed to complete the game so there is a lot of leeway in deciding what puzzles you want to take on. Many of the puzzles are based on sensors, light, portals, and even time travel. You can shine a specific light on a specific sensor and it will open or close the door. Sometimes you may not want to shine a light at all. The puzzles I had the most trouble with were the time travel ones as you’ll have to make certain actions and then go through a portal to go back in time to see those actions take place. It’s very easy to softlock your progress during these puzzles and trying to keep track of what I did before and what I’ll have to do kept me stumped for a while.

Strong Points: Interesting puzzle design
Weak Points: Inconsistent framerate; softlocks due to glitches or exploits
Moral Warnings: Narrator is part of a gay marriage; you can technically choose to be "non-binary"

The default controls are simple. You move with WASD just like nearly any first-person game and use the mouse. You have access to your left and right hands to pick up and move pieces around. E and F use your left hand and the mouse uses your right. It makes sense and is comfortable because most people navigate movement with their left hand and aim with their right, so it feels natural. For left-handed people who use a left-handed mouse, it probably won’t be so comfortable but any key can be remapped to your choosing.

I encountered a few glitches in my playthrough such as doors or items not loading correctly, leading to a softlock. The game autosaves at the beginning of entering a puzzle room so not too much time is lost when it happens. There are some other softlocks due to oversights in certain puzzles and mechanics so I recommend having multiple manual saves and not relying on autosaves as you can potentially hardlock your game.

Loading times are pretty long, even on an SSD as reloading a save state or resetting a puzzle took me up to 15 seconds. I think it has to do with the way Aethernaut loads the area. The entire hub area is loaded at once, while rooms are mostly loaded separately. I believe this method leads to the game having some bad stability issues. Framerate is inconsistent, and despite having computer specs that were beyond the recommended settings on the Steam page, I typically averaged 28 FPS with lows as 9 and highs as 120. Locking your framerate doesn’t work and messing with the settings does very little to stabilize. I also noticed that the performance kept getting worse the longer I got into it and the graphics started to pixelate when I was near the endgame. 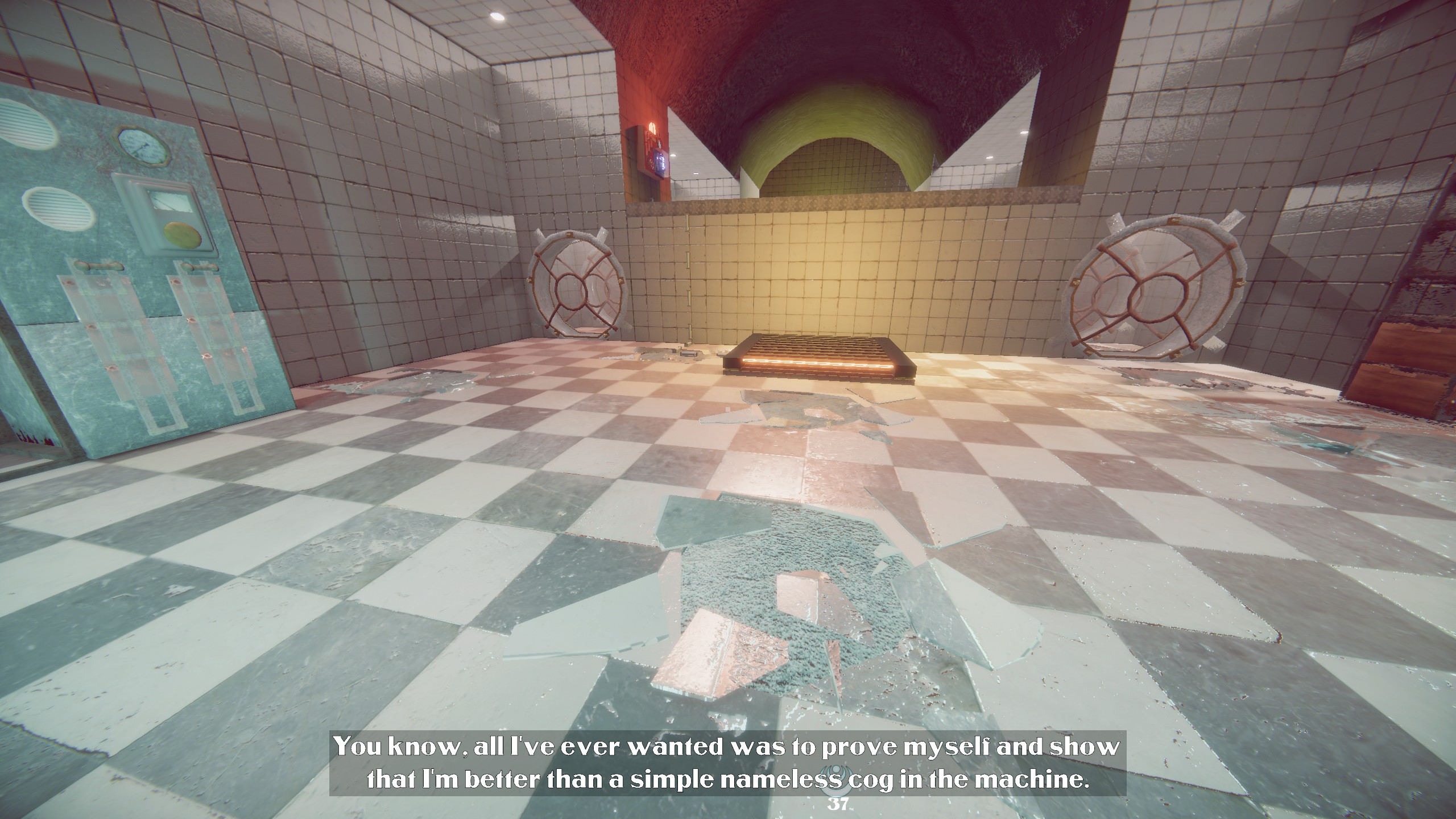 Speaking of graphics, I doubt the graphics have to do with stability, because they are mediocre overall. Some puzzle rooms and areas do look nice with a cool steampunk aesthetic, but the hub world’s textures are blurry, making the cave walls look like clay. The hub area tends to look pretty samey at parts so you’ll end up getting lost eventually. Fortunately, there are some accessibility settings to help navigate to a puzzle or polling booth and settings for the colorblind. Music is also good, mostly consisting of piano instrumentals. Voice acting is present for Cornell and a couple of other characters.

There is a story within Aethernaut besides the choices made in the polling booths and it has to do with Cornell’s role as a scientist and how you ended up in the facility. Later on, you’ll even start to hear voices in your head that tell you of another story Cornell is leaving out. The narrative and the audio logs found within the world are pretty interesting to hear. What is most interesting is that a ton of these choices and decisions aren’t painted as right or wrong. A lot of the choices Cornell made he feels bad over, but he also did it for the survival of his people. And the voices of the people you hear may come off as sympathetic at first, but they are not entirely victims either.

In the story, the only moral concern to be mindful of is Cornell and his relationship with his ex-husband, Keena. It isn’t a major part of the story, but it is also unavoidable to hear. There are no violent actions seen, no bad language uttered (although I haven’t heard every piece of dialogue), no graphic sexual content, and the only thing that can even be seen as supernatural has a scientific reasoning behind it. Even the ethical choices are somewhat vague because they don’t actually influence gameplay, and as I said before, they are portrayed as neutral and simply opinions that you hold.

While I did find some enjoyment from Aethernaut, the erratic framerate did start to give me a headache with the constant dips. Many puzzles were fun while they lasted, but I most likely won’t revisit Aethernaut even if it receives DLC down the road. For people who only want to experience the story, there is an auto complete function that will solve the puzzles for you, but this obviously locks you out of some achievements. Now before I recommend a product such as Aethernaut to the readers, developer Dragon Slumber recently partnered with Iceberg Interactive to assist with further updates. Let us see if the developers hold on to their promise in making Aethernaut more stable before making a purchase.