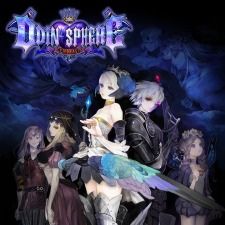 Odin Sphere was original released in 2007 on the PlayStation 2.  It was well received but had some complaints about the gameplay slowing down when numerous enemies were on the screen.  If you’re like me and haven’t played the original game, it’s included in this remake and is playable from the main menu.  The save files are not compatible with the remake though.   After completing the remake, and checking out the original, I must say that the improvements are definitely noticeable yet the game remains true to its roots.

Both games have the same little girl in the attic reading the stories about the main characters and their role in Armageddon.  Here’s a breakdown of each character’s story:

Gwendolyn: A valiant Valkyrie warrior who just lost her sister Griselda in battle.  She is given Griselda’s powerful psypher spear which gathers the life force of each slain enemy and becomes stronger.  Gwendolyn strives to earn her father’s favor, but ends up disobeying him instead.

Cornelius: The prince of Titania is in love with princess Velvet of the fallen kingdom of Valentine.  Most of the kingdom’s inhabitants have been transformed into rabbit-like Pooka creatures.  Cornelius is turned into one as well and is trying to convince his father of his true identity and expose the imposter that is impersonating him.  Cornelius is given a powerful psypher sword to aide him in his quest.

Mercedes:  After her mother’s death in battle, the young princess is thrust into the role of being the queen and has to earn the respect and loyalty of her subjects.  It’s an uphill battle as her cousin is trying to steal the throne from her and is rallying troops against her.  Mercedes is armed with her moth’s psypher bow.

Oswald: Known as the shadow knight, and has a powerful berserk attack.  The psypher sword he wields gives him great strength, but curses him into the service of the netherworld’s queen, Odette.  Oswald is tired of being used by others and seeks to live life on his own terms.

Velvet: Although she wasn’t transformed into a Pooka like the majority of her kingdom, she’s trying to decipher the curse her mother cast upon her.  She’s trying to change her destiny and save the world in the process.  She has a psypher chain weapon to help her rewrite her fate. 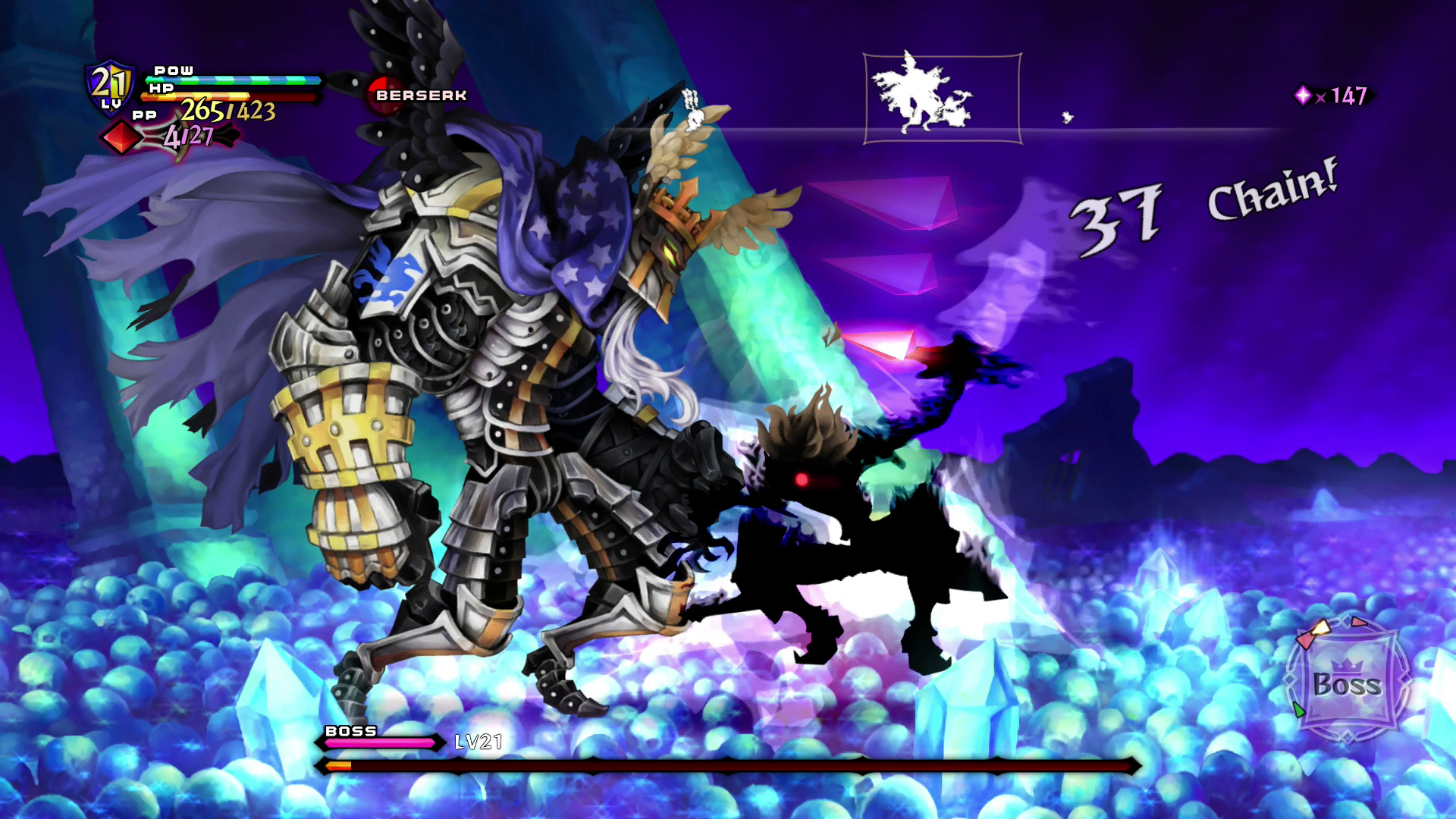 Strong Points: Improved visuals; great English or Japanese voice acting; excellent story and fighting mechanics
Weak Points: May not be worth purchasing again if you own the original game
Moral Warnings: Fantasy violence with some blood shown; language (b*stard); skimpy outfits on some females; Norse mythology

Gameplay wise, Odin Sphere qualifies as an action RPG with the beat-em-up fighting and the character skill customization options.  When an enemy is defeated, they release phozons which can be collected by the player and used to grow plants or level up their weapon or unlocked skills.

While some experience is earned by defeating enemies, mid-bosses, and bosses, the fastest way to earn experience is to eat.  Some enemies will drop seeds that you can plant and use phozons to help them grow and produce berries and other experience-rich fruits.  You may also find cooking ingredients that a traveling chef can use to prepare meals in front of you, or to go.  Not only do meals give you experience points, but they also permanently increase your health along with restoring some of it.  The traveling chef’s services are free, but the chefs in the Pooka village will cook food for you with the Valentinan coins you find throughout your adventures.  No ingredients are required for those meals. 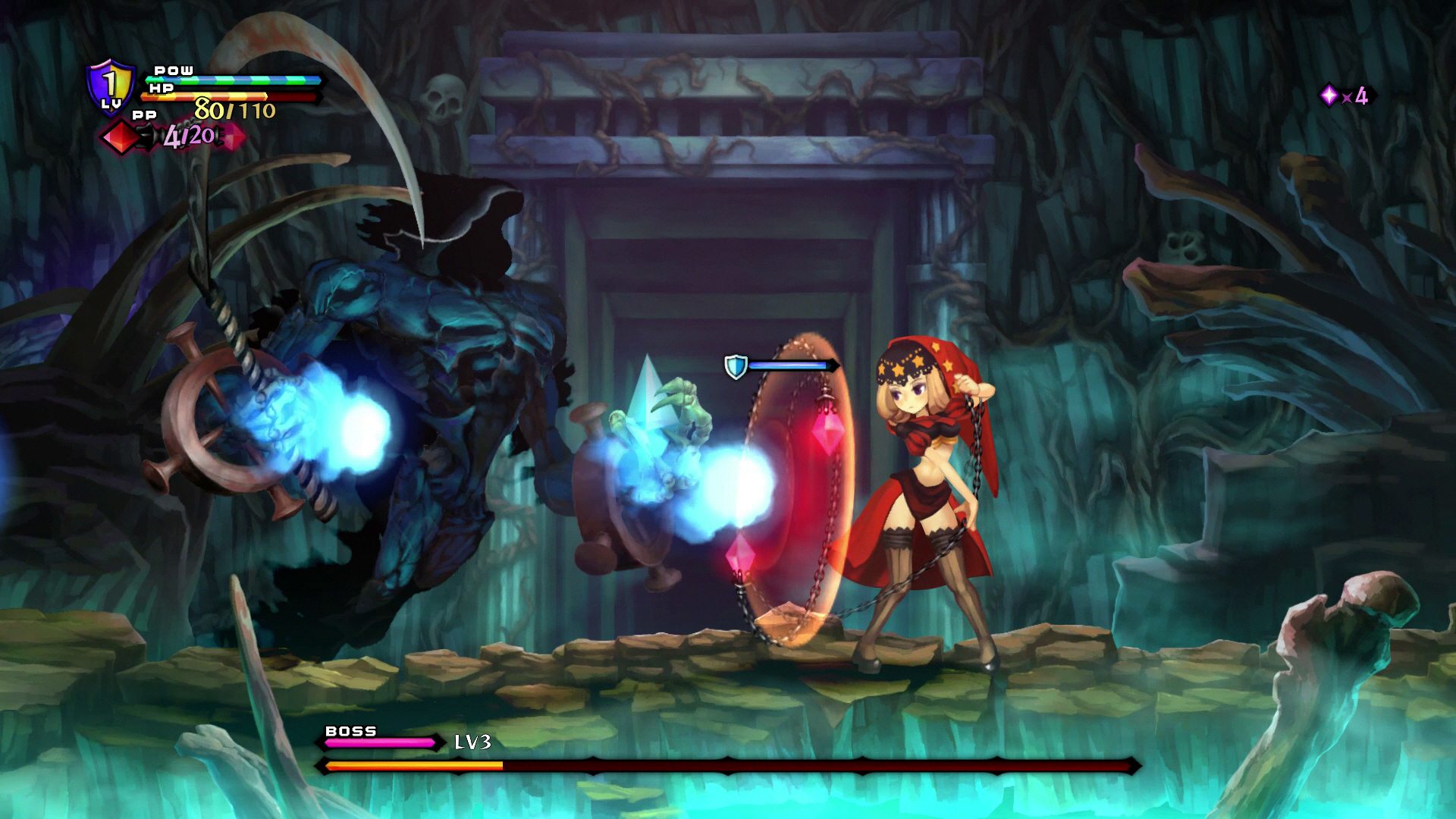 Alchemy is another skill that you’ll need to master to brew up healing and elemental attacking potions.  Antidotes and cures for fire burns will keep you alive longer in boss battles since they use the same potions on you that you could be using on them.   Alchemy and food recipes can be found throughout the story.  There are many secret rooms containing valuable power-ups and other goodies so be sure to explore and check every nook and cranny!

The 2D graphics in Odin Sphere Leifthrasir look amazing on the Vita and are equally impressive on the PS4. Yes, there is cross-save support. The characters and enemies are well animated and nicely detailed.  While it could have been much worse, some of the females could use more armor as their midriffs were exposed in battle.  No matter how many enemies were on the screen, I did not experience any stutters on my Vita.

Audio wise, this title is equally impressive with its great voice acting and pleasant background music.  Although Japanese voice overs are an option, I stuck with my native English language.  There is some language with the word b*stard appearing in the dialogue.

In the end, Odin Sphere Leifthrasir is a well-polished and fun game that should be considered owning it as long as you’re not put off by the Norse mythology, language or violence.   Owners of the original game may enjoy the enhancements, but may want to hold off for a sale before buying it again.  Newcomers to the series will find a lot to like here.