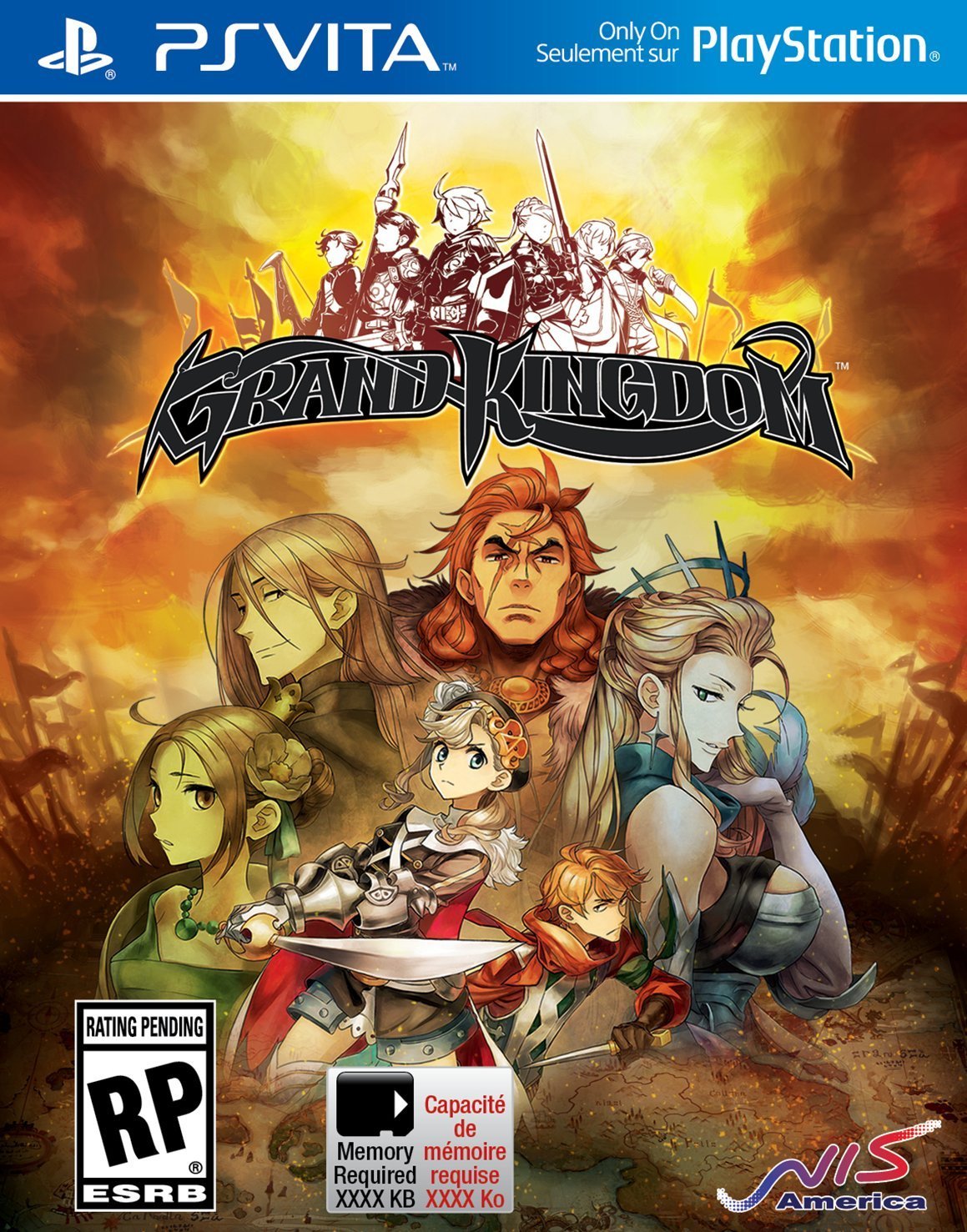 Thank you NIS America for sending us a review code for this game!

A group of fighters were doing well in battle and bested some mercenary soldiers.  Before they could deliver the final blow, their army had surrendered and the battle was over.  Discouraged that they would not get paid for their valiant effort, the mercenaries they spared suggested they join their guild.

Before being admitted to the guild, this group of fighters must prove their worth and impress the guild leader.  It is during this scenario that the player becomes familiar with the basics of fighting in this turn-based tactical RPG.  There are seventeen unit types and you can fully customize their appearance and voices.  You can command up to six troops and it’s beneficial to have a combination of melee and long range fighters in each group.  Each troop can have four soldiers in it and mounted units take up two slots.

When hiring mercenaries you have to take into consideration their stats.  They are assigned letter grades for their constitution, strength, agility, magic, spirit, technique, stamina, and vitality.  Don’t be too discouraged with the low letter grades as they typically come with bonus points to tweak them a bit further.

Once your first troop is formed, it’s a good idea to head to the shop to equip them with better weapons, armor, and accessories.  Throughout your adventure you come across various enchanted gems that you can insert into your weapons and accessories to grant you special powers and abilities.  Some of the enhancements can be stats related or as simple as increased physical or magical abilities. 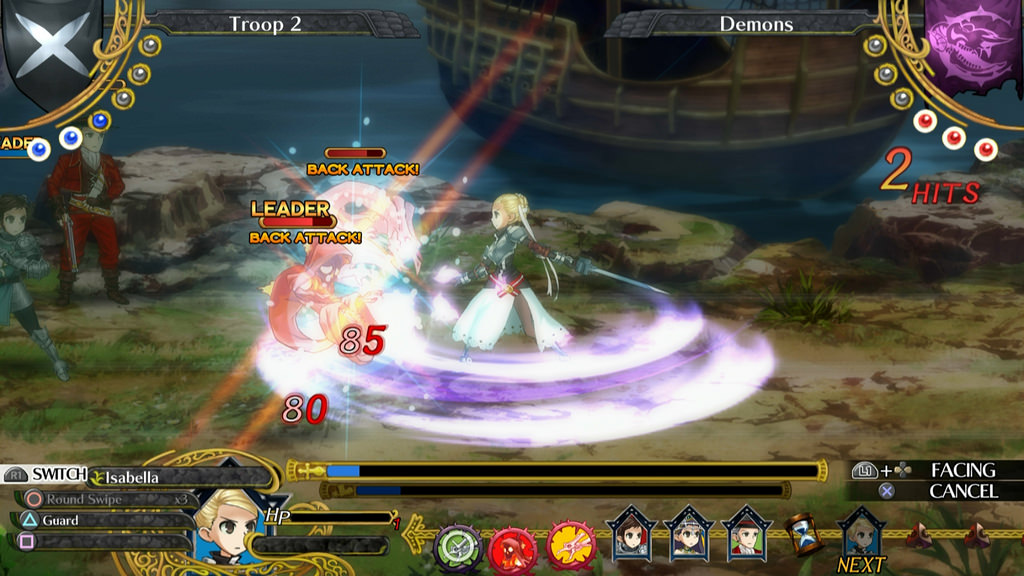 After your party is assembled and equipped, it’s time to venture out and rack up some experience and prestige.  There are various quests to take part in; the exploration ones are great for beginners, since there are no turn limits to worry about and there are plenty of treasure chests to unlock and resources to gather.  Resources can be used for upgrading and creating new weapons at the blacksmith.

The offline campaign quests tell the story of how your troop rises up the ranks within the guild.  The remainder of the quests require an internet connection to partake in.  The versus quests have you compete with other online players to achieve the same objective.  The single quests require you to have an active contact with one of the four nations before you’re able to partake in them.  Before embarking on a quest make sure you read the objectives and have your squad at the recommended level.

By signing a contract with a nation, you are welcome to visit their capital and purchase from their vendors.  You can also cast your vote on war strategies and listen to the local gossip.  If you do well in battle, you’ll be granted an audience with the ruler and rewarded handsomely.  The local bards may sing songs in your honor as well.  One of the more well to do troops has a naughty name that warranted being starred out.  Despite the language filtering there is still some cussing in this game (b*stards, *ss, d*mn).

Other moral issues to note include battlefield violence which looks pretty painful as units are tossed about like rag dolls, but no blood is shown.  Magic is used as there are various magical units like shamans and sorcerers.  Some of the female characters are not nearly as covered and well armored as their male counterparts.  Last but not least is the drinking which improves the troops' morale on and off the battlefield. 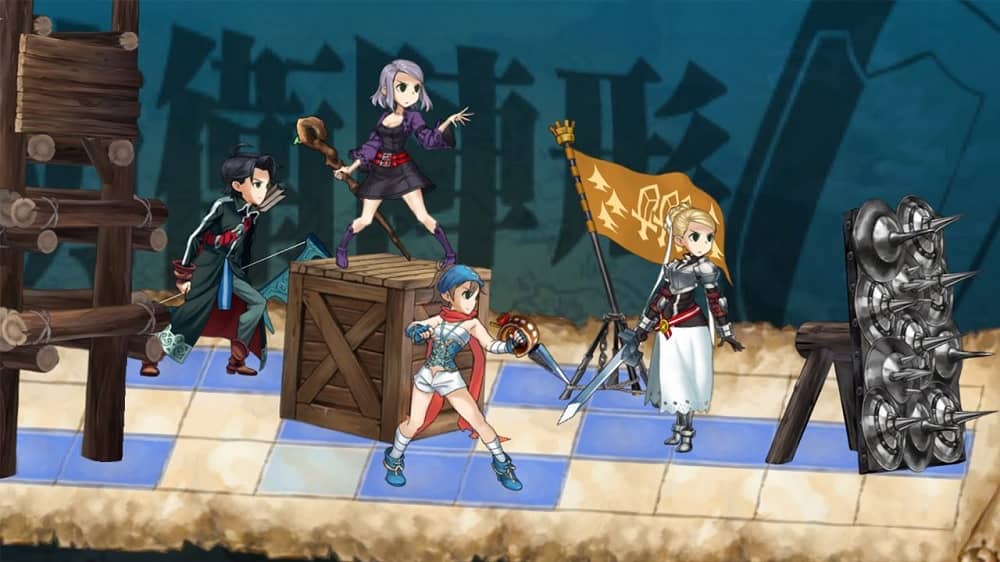 The 2D graphics are well detailed, especially in the towns during battle.  The overworld is a bit more complex with the various armies running around the game pieces and various obstacles and weather conditions to avoid.  Maneuvering around the battlefield takes some getting used to in regards to the controls and a wrong turn/move costs you precious turn points which are needed to complete the objective in time.

The voice acting is well done and the dialogue is rather humorous at times.  Because of the language and alcohol references, I do agree with the ESRB’s Teen rating for this title.

To best enjoy Grand Kingdom you’ll need to have reliable internet access to partake in the real time online wars.  I like how you can send your troops out and let the AI control them for you in your absence.  When they arrive you’ll be able to watch their battles or just a get a quick summary of their win/loss ratio and a reward.  I learned the hard way to remember to recall my troop before I leave my house if I want to play this game on the go.  If you call them back without internet connectivity, you’ll lose out on any experience and rewards they have earned.

If you like turn-based tactical RPGs then I highly recommend looking into Grand Kingdom.  I love the real time and offline battles and it’s fun creating and experimenting with various troop combinations.  There’s plenty to do offline, but the meat of this game requires an internet connection to enjoy it.  If you don’t mind the fantasy violence, magic, and language this is a fun title to add to your Vita/PS4 library.