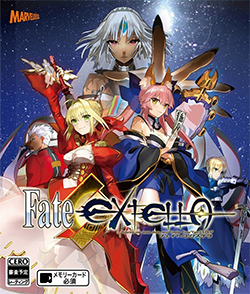 The Fate series started off as a visual novel game and has since branched off into several anime series and video games.  The premise revolves around the Holy Grail Wars which brings together heroic spirits and magic wielding humans to compete to win the coveted artifact.  The victors get to have a wish of theirs granted.  The humans command the spiritual servants who are typically famous heroes of the past.  If the servants do not obey, the masters can use one of three command seals to force their will to be done.

Fate/EXTELLA: The Umbral Star takes place in a futuristic and digitized environment where the human that you name and assign a gender to is in charge of a Saber class servant who used to be the Roman emperor, Nero Claudius.  The servant is female so if you choose a female human it may get a bit awkward as the relationship these two have is very close and strongly hints they used to be romantically involved.  There are bathing scenes but no sex scenes.

Your character and Nero were victors in the Moon Cell Automaton battle, which is the equivalent of the Holy Grail battles.  Nero now wants to rule all of the territories that SE.RA.PH (Serial Phantasm) creates.  She’s not the only servant out there with the same ambition; the other servants and their masters need to be defeated to make this happen, and that is your goal in her storyline.  Nero isn’t alone and has a few generals to aide her in her battles along the way. 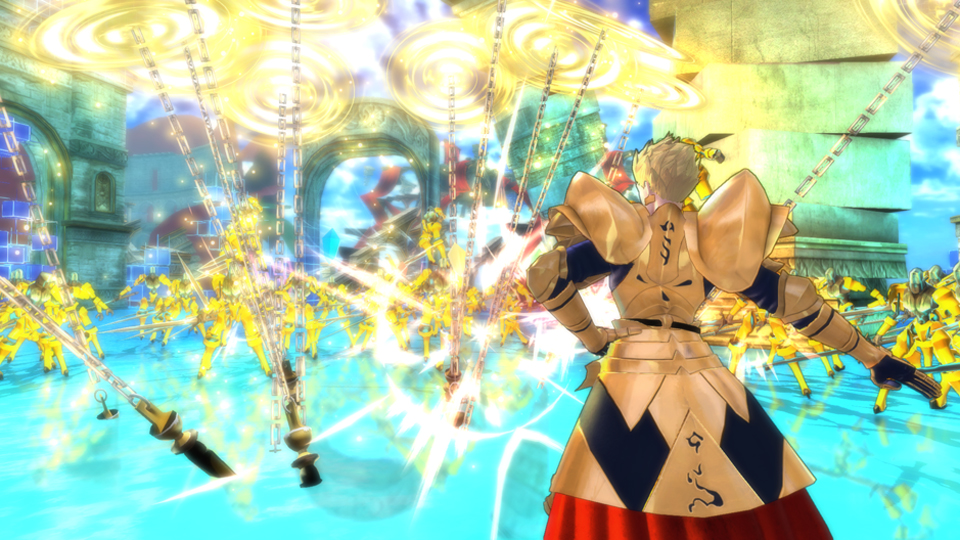 If you have played a Dynasty Warriors game you’ll know what to do, but the futuristic atmosphere will take a little getting used to.  Your main objective is to take down the boss of the level, but in order for them to appear, you have to control a majority of the sectors.  If the enemy takes control of the map, you’ll fail the mission.

In order to take control of a sector you’ll have to hack your way through swarms of drones until tougher versions called aggressors appear.  When all of the aggressors are disposed of, you’ll then have ownership of that area until the enemy tries to take it back.  How efficient they are at doing so depends on the level of difficulty you’re playing at.  The normal mode provides a challenge while the easy mode is a cakewalk.  I haven’t played on hard since my level was usually below the recommendation.  If you ever need to level up your characters, you can do a Free Battle and fight against characters that you have already unlocked through the story mode campaigns.

Nero’s campaign consists of a handful of battles and only takes a few hours to complete.  As you play through her campaign, the stories of other servants unlock and you can learn about their roles in this new universe too.  As you meet and battle new bosses, they will become available to fight against in the Free Battle mode.

There’s plenty to unlock in this game besides characters.  There’s a gallery mode where you can view the stats and hear the dialogue of various servants, re-watch cutscenes, listen to background music, or read up on the characters and abilities that they have unlocked.

As you talk with your servant or battle with the generals, you can increase your bond with them which unlocks the ability for them to equip various abilities and buffs.  You can increase their speed, defense, or assign an elemental or poison ability to their attack.   In order to raise your bond with your generals you have to meet side objectives in battle.  Sometimes the objectives require you to consume a certain number of loaves of bread or sake.  Other times you’ll have to beat a specified number of foes or achieve a high combo amount. 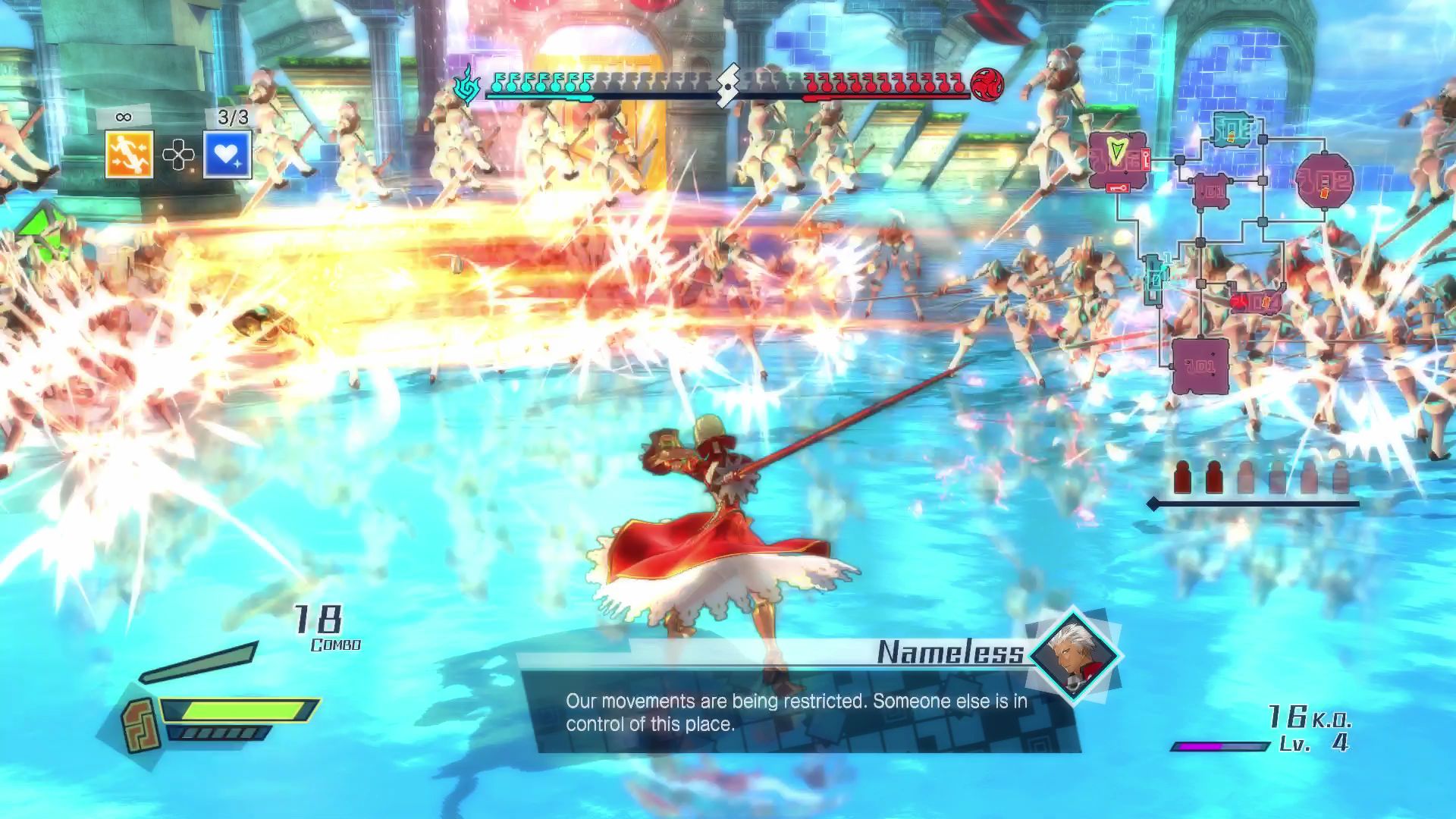 Each servant type has a unique weapon and fighting style.  The button configuration for combo attacks is different for each character as well.  As long as you keep pressing buttons, you’ll do fine.  Their powerful attacks become available as the battle meter charges up and it’s worth saving your special moves for the bosses and generals.  If you fall in battle, you can use a command seal to revive your servant or spend all three command seals to bring them back with more power.

Many of the fancy attacks look amazing, but the cutscenes get a little repetitive at times.  Thankfully you can skip the drawn out attack moves.  The graphics looked and ran great on my Vita and I enjoyed playing this game on the go.  While I didn’t take advantage of it, there is cross save support if you own the PS4 version as well.  There is DLC available, which is cross buy for both systems.

The background music is good and I enjoyed the songs sung by the singing diva servant.  Sadly, since all of the voice acting is in Japanese, I had to rely on the subtitles to understand what’s happening.  Since there’s so much going on in the heat of battle, I couldn’t focus on the subtitles too much and missed out on a good majority of the dialogue.  While the Japanese voice acting is solid, I would have enjoyed it more in my native language.

Like many hack 'n slash titles, violence is a given.  Since this is a digitized environment, the defeated parties break up into bits and disintegrate when bested in battle.  There’s a bit of language used throughout the game.  Given that my female character was referred to as a husband on occasion, I think that this game expects you to play as a male.  I certainly would have felt less awkward if I did given the close relationship between Nero and her master.  Again, while nothing is seen, there are some skimpy outfits on some of females characters. The last boss is completely topless, but details like nipples are not noticeable.

In the end, Fate/EXTELLA: The Umbral Star is a fun hack 'n slash style game set in a futuristic Fate universe.  The story isn’t super compelling and battles do get a little repetitive after a while, but it’s still a great game to pick up and play occasionally.  If you don’t mind the suggestive dialogue and language, there’s a lot of stuff to enjoy and unlock in this title.  If you like the Fate anime series and Dynasty Warrior games, then this game is worth picking up on sale.