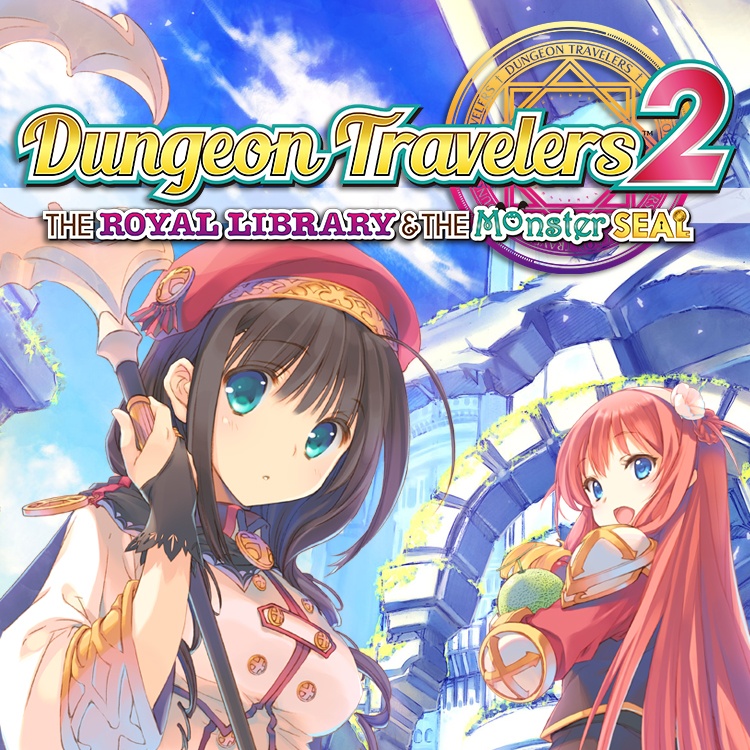 The kingdom of Romulea was inhabited by gods, humans, and an evil underworld deity known as the Demon God.  With the help of the holy maiden Victoria, the humans fought against the evil beings and sealed them away with the abilities of the libras.  Eventually, the Demon God was sealed away and humans started to rule the land.

A  little over one hundred years later, monsters are starting to rise up and wreak havoc among the populace.  Just as Fried Einhard graduated and became a libra, he's quickly dispatched to suppress the monster threats in the nearby caves, forests, and temples.   At first he's on his own to map out dungeons, but he quickly gets help from a couple of attractive females that fawn over his school-boyish looks.

The female party members do all of the fighting while Fried seals away the final bosses that lurk in each area.   Other than the sealing, you don't see much of Fried, but you do get to hear from him often while exploring.  I do like the banter and silly conversations that ensue.  While the dialogue is great, I wasn't able to understand it without the English subtitles as it's all voiced in Japanese. 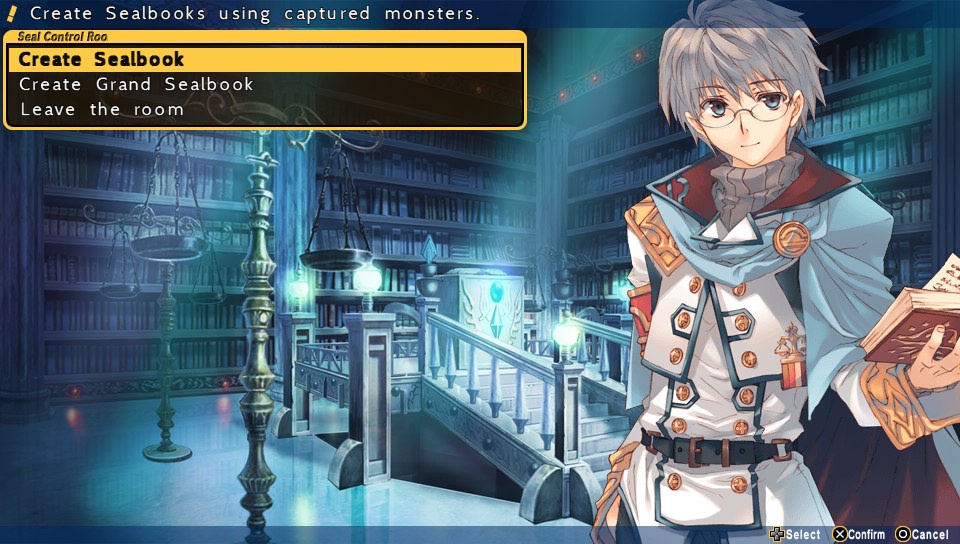 The 2D visuals in this game are very anime-like and the females, both friendly and otherwise, have big eyes and breasts that are often shown generously.  To say that there is fan service in this Dungeon Travelers 2 is an understatement.  While there are skeleton and spider (click to see a soft-pornographic image) enemies, they are portrayed as females with very little clothing. It gets even worse in boss battles when the pretty, yet aggressive female's outfit gets literally torn to shreds.  In the end, they are covering up what very little is left to the imagination.

Besides the humanoid enemies, there are aggressive cherries, bananas, oranges, melons, and apples.  As you fight more and more enemies, you can create seal books that will  power up various stats of the party members and allow them to see the monster's stats in battle.  When bosses are stripped and beaten, Fried can make a master seal book that he can equip for extra abilities such as higher critical attacks or more monster (if you really want to call them that) encounters.

Up to five party members can accompany Fried in his missions.  Active party members will gain experience from battles, and as they level up, skill points are earned that can unlock new attacks/abilities or increase the power of existing ones.  There are different classes of characters ranging from fighters, magic users, maids, bards, scouts, samurais, and more.  As they level up, their classes can be upgraded and they'll become more powerful.  Their outfits change as well and sometimes get to be more revealing.

Later in the game, side quests become available and can unlock new areas, items, and upgrades.  Inventory space is very limited, so you'll have to return to the Royal Library to identify and sell unneeded equipment and items.  Weapons and armor cannot be equipped unless they have been identified first.    Make sure you have enough inventory space before embarking on a mission or a quest or you can lose out on some good loot.  If your bag is full in battle, you won't have a chance to clean it out to make room for any new items and will miss out on the items won in battle. 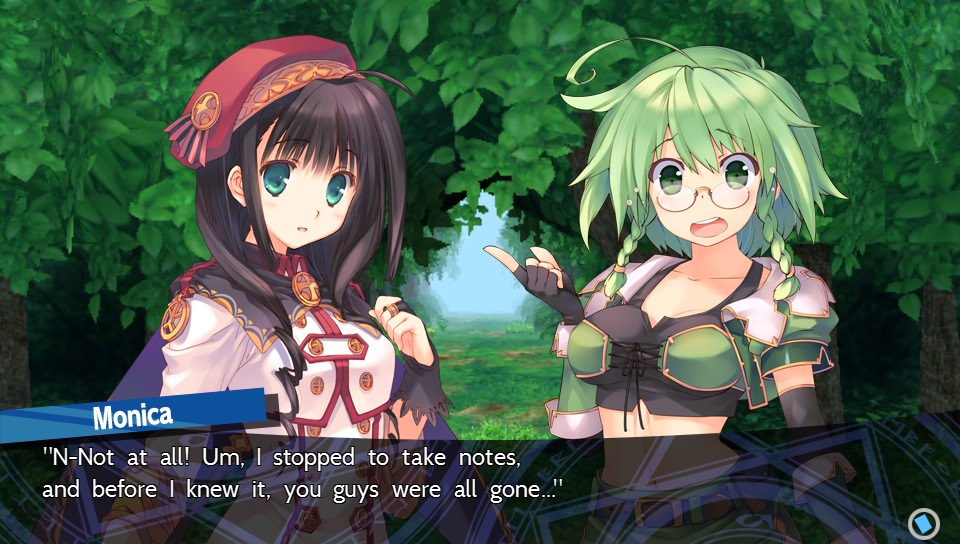 The battles are turn-based and the fighting order is established by the character's weight.  The lighter players are more agile and quicker to attack. If the party's morale is high enough, a combo attack or ability becomes available to use.  Casting spells is not instant and magic users need time to cast it without being attacked as it will slow them down even more.  Be sure to have your strong characters in front and your weaker ones in back to avoid them getting pummeled in battle.  If a player gets knocked out, they will not earn experience again until they are revived by an item, ability,  or by exiting the area.

Each area is automatically mapped out as it is explored.  Exits, ladders, treasure chests, pitfalls, and traps are all automatically notated on the map.  Some areas are only visible when you investigate walls for hidden entrances or use a flashlight to reveal them.   If your party is in bad shape and you need to quickly vacate, emergency exits are available as loot and for purchase in the store.  There are random ice cream, ramen, and item merchants roaming around that can sell revitalizing items to your party.

The pacing is good and I didn't feel overwhelmed during the battles.  The bosses usually took me a try or two to beat them.  Like many RPGs, some grinding may be necessary if the enemies and bosses are too challenging.  An extra level or two can make a big difference.

While Dungeon Travelers 2: The Royal Library & The Monster Seal does a lot of things right as a dungeon crawling RPG game, I cannot recommend it due to the over-sexualization of the female characters and monsters in this game.  Even though the game's title sounds innocent, it very much deserves the Mature rating it was given.