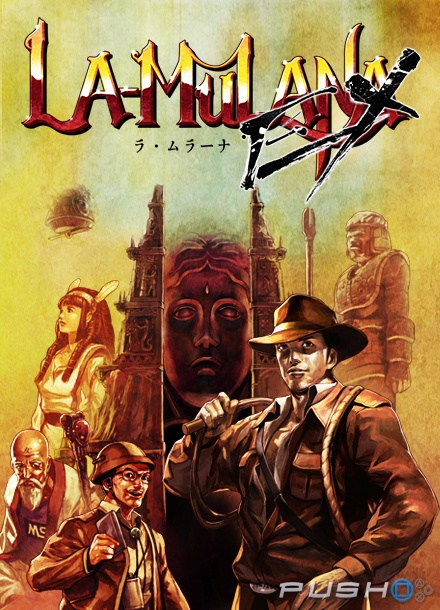 Thank you Rising Star Games for sending us this game to review!

La-Mulana was originally released in 2005 and was translated and remade for the US in 2012 for Wii and PC users.  The Vita version, La Mulana Ex, features new artwork, a bestiary, and some slight puzzle changes.  It's also more open ended in case you have a death wish and want to take on monsters that you have no way of defeating.

The story in La-Mulana gradually unravels, as the main character, an archeologist named Lamenza explores various ruins in this 2D adventure game to learn about the mother goddess of La-Mulana.  Each of the ruins has a guardian summoned by the mother goddess to protect her while she sleeps.  Getting to these guardians is no simple task since they are locked away in chambers that require solving several riddles to gain access to them.  Once confronted, the guardians are often bigger and stronger than this whip wielding adventurer.  Fortunately, they all have a weakness that can be exploited to bring them crashing down. 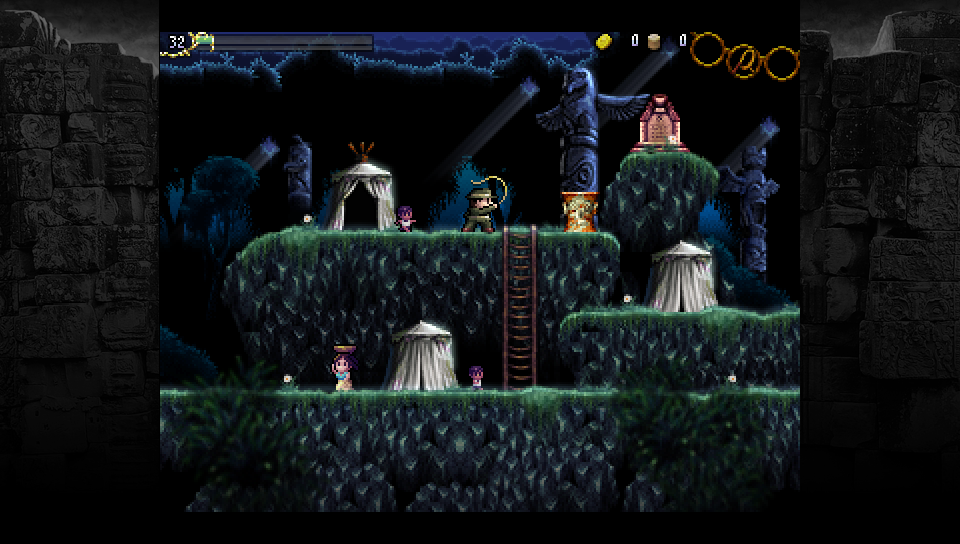 There are eight guardians that have roots from various religions and lore.  Baphomet is  one of the guardians along with some other demon, statue, or reptilian based varieties.   The Tiamat guardian is very female and covers her breasts slightly with her long blonde hair.

Before you can get to any of the guardians, you'll have to deal with rooms and corridors filled with a deadly traps and a wide variety of monsters and demons.  There are bats, skeletons, snakes, and even divine powers that will shock you to death if you make a wrong move.  Be sure to read the tablets with clues and riddles for hints on how to progress through the ruins.  In order to translate the hieroglyphs, you'll have to buy some translation software for your laptop in the nearby town. 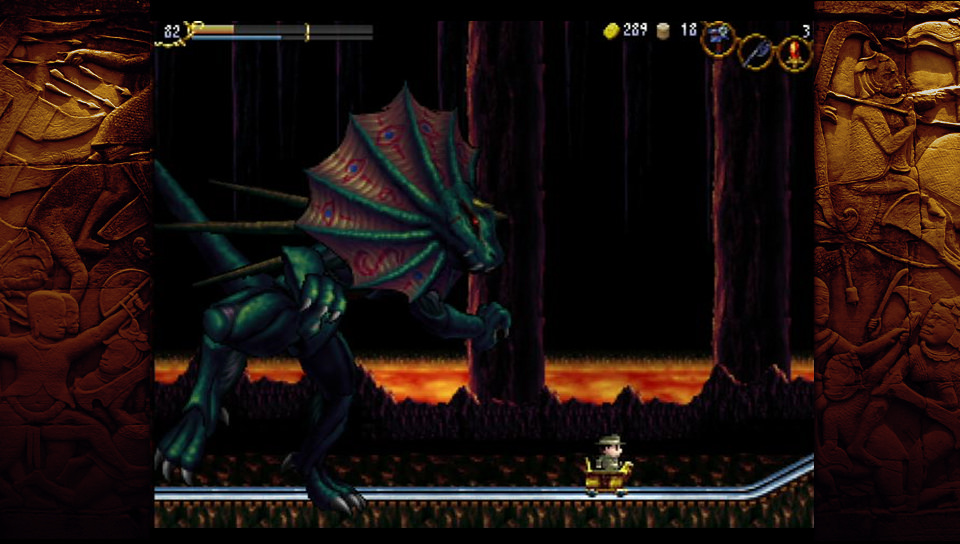 Other weapon and laptop upgrades are highly recommended to purchase as well.  A shield will come in handy as well as a gun and shurikens for long range attacks.  Weights are needed to unlock most treasure chests; while they are often found nearby, it doesn't hurt to buy a few extra to have on hand just in case.  Money and health balls are usually dropped by defeated enemies, but health balls do not heal you right away.  Instead the health balls charge up a bar below the health bar and will completely refill the health bar when it's full.  There are not many save points in this game so when you run across one, be sure to use it!

By its very design, La-Mulana is meant to be difficult.  The developers of the game felt that games in that era were too easy and wanted to produce a rewarding, yet challenging experience for gamers.   I highly recommend using a walkthrough or a guide to navigate through these treacherous ruins.

If you like exploration games such as Metroid and whipping enemies into submission like Simon Belmont in Castlevania, then you may enjoy La-Mulana Ex.  The $15-19.99 price tag may seem steep for such an old game, but you can easily put in over forty hours solving riddles and uncovering the ancient truth of La-Mulana.  With the extreme difficulty, religious overtones, and scantily clad female guardians, this title is best enjoyed by mature gamers.