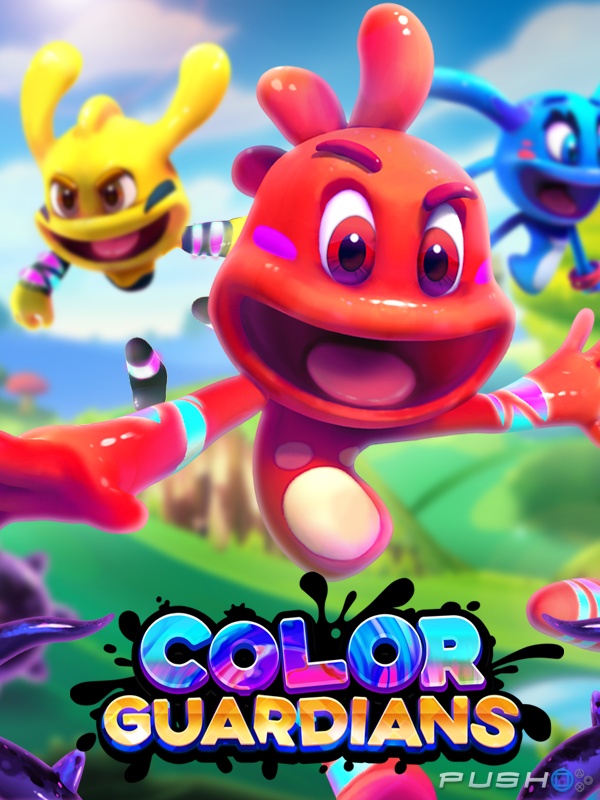 Thank you Fair Play Labs for sending us this game to review!

An evil thief named Krogma has taken all of the colors from the world of Terra Color.  With their world devoid of its beauty, the color guardians Rod, Lia, and Grock must work together to make things right.  The land must be colorized again by completing the 70+ levels and conquering the bosses within.  New areas can be unlocked if you complete the levels a second time and find the hidden creature within.  Needless to say, there is plenty of replay value if you are a completionist.

The gameplay mechanics are easy to grasp, but hard to master in this 2D running platformer.  You start each level running with no way to slow down.  There are several lanes you can utilize to avoid obstacles in your path.   Scattered across the levels are orbs of various and combined colors.  You can be any color to collect the multi-colored orbs, but the rest are color specific. 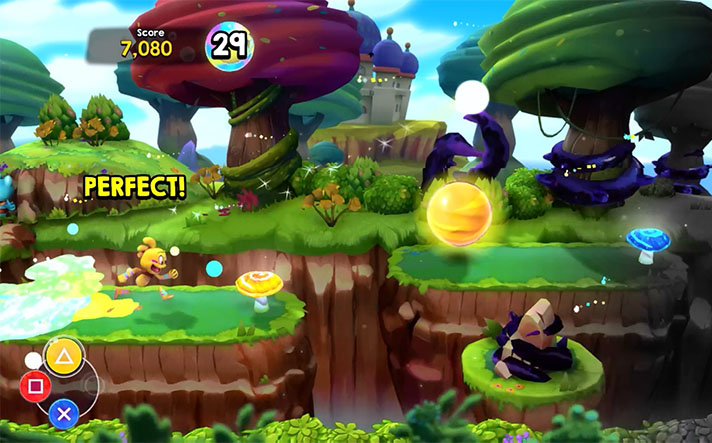 Switching colors is done by pressing the PlayStation buttons on the controller.  A legend is displayed so you know which symbol to press.  At first you only have to worry about switching between red and blue.  After a few levels into the first world, yellow gets thrown into the mix as well.  When a level is completed, the number of orbs acquired will be tallied up and the player can earn between one to three stars depending on the number collected.  So many times I was only one orb shy of three stars.  Unfortunately, the levels can be so annoying that I am perfectly happy with my two stars that I worked hard for.

Since the preset character doesn't slow down at all, you have to have quick reflexes and a good memory to change colors in time.  The levels do get tricky as the game progresses.  Despite the cute characters and colorful graphics, I would hold off on buying this game for kids since it may frustrate them more than entertain them.  Also, there is no voice acting, so any kids that are too young to read will miss out on the conversations between the characters. 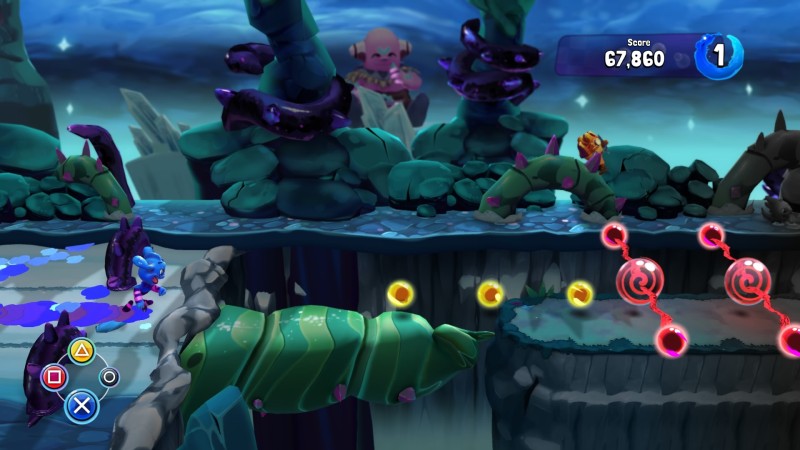 While later levels in the game introduce some new gameplay mechanics including carts and propellers, the concept remains the same and tends to get dull if not frustrating after a while.  Thankfully the levels have multiple checkpoints  in them.   There are infinite lives, but each death subtracts from the level's score.  It was not uncommon to have my score zeroed out at times.  Thankfully it doesn't go into the negatives.   Because of the numerous frustrations, I could only play Color Guardians in small doses.

The cross save feature works well and lets me switch my save between my PS4, PS TV, and Vita systems.  When you're using the Cross Save feature, make sure you're saving and loading in the proper direction otherwise you'll lose your progress instead of saving it. Adult supervision here is highly recommended.

Appropriateness wise, Color Guardians is fine for gamers of all ages that possess good reflexes.    The coordination required to succeed in this game will definitely separate the men from the boys though.  Because of that and the monotony, I would recommend waiting for a sale before parting with $15.