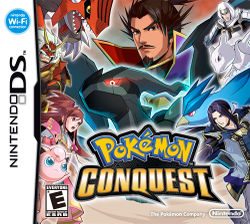 Nintendo has dabbled in the area of spin-off games for years since the ever-popular gotta-catch-’em-all Pokemon craze hit the world. Trainers have raced Pokemon, tamed Pokemon with spin-tops, taken pictures of Pokemon, slammed Pokemon into table flippers, and solved puzzles with Pokemon. Pokemon even go off on their own sometimes, joining together to raid dungeons or fighting each other in toy form. In Pokemon Conquest, however, Nintendo takes the series in an entirely new direction, by letting Tecmo Koei cross their historical Japanese strategy series, Nobunaga’s Revenge, with the fantasy world of Pokemon.

Surprisingly, the two games mesh together to form a bizarre, yet fitting, Pokemon adventure. One part management, one part war strategy, and one part collecting, this game takes the best of both of its parents to build a unique experience. In the kingdom of Ransei, warriors work hand-in-hand with Pokemon. Rather than catching them in Pokeballs, warriors form a “link” with their Pokemon by finding them in different battlefields and completing a simple timing-based minigame. This link strengthens every time they do battle, or visit a store, or mine gold.

As this link strengthens, so do the Pokemon, until the link hits its maximum capacity, which is determined by how well the warrior and the Pokemon get along. Each warrior specializes in one or two types: if the Pokemon matches the specialty, the link’s capacity is high. Pokemon Conquest’s biggest draw, however, comes from finding each warrior’s perfect, 100% link. There are roughly 200 warriors and Pokemon, each having one or two perfect links. Perfect links create the potential for the most powerful Pokemon in the game, making it a priority to find the perfect matches. 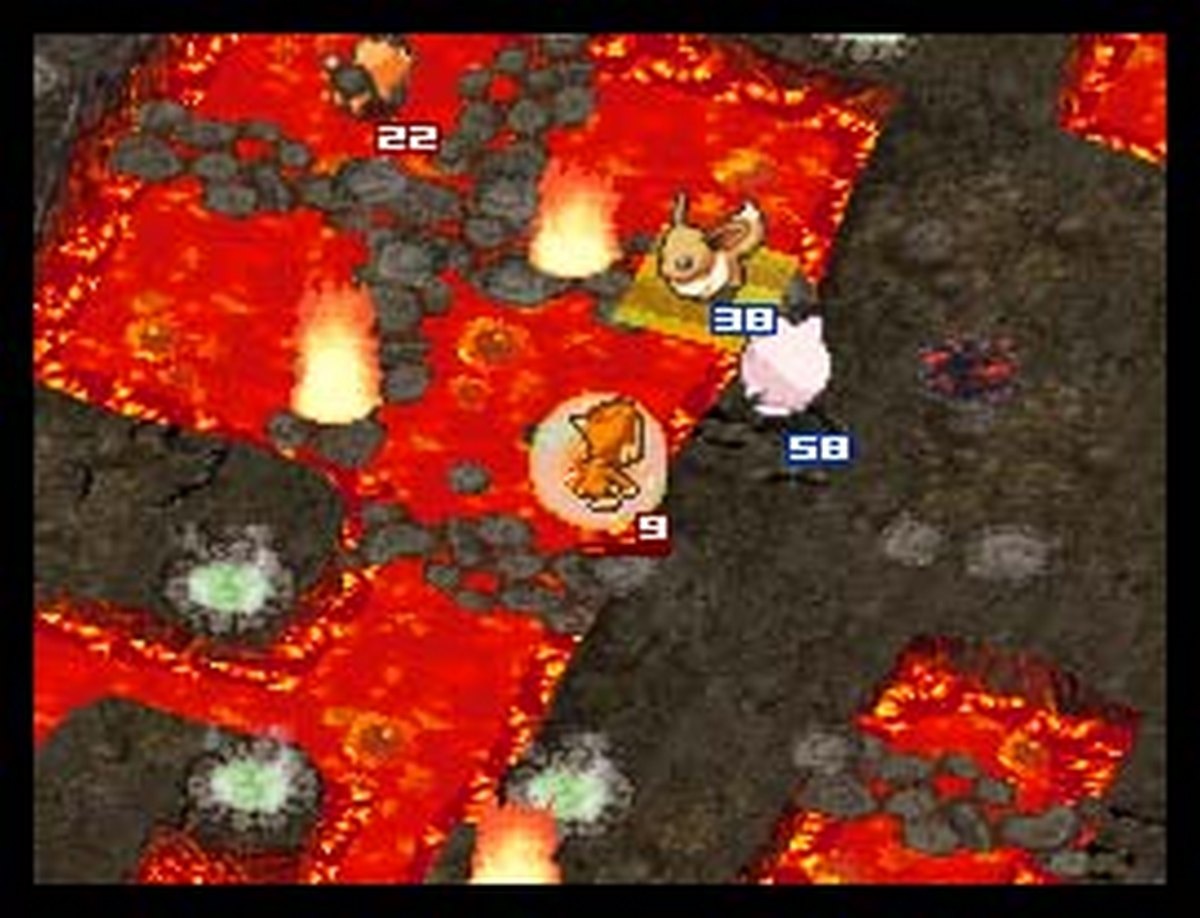 The game itself makes perfect links even more important: the player controls a Warlord, who commands one of 17 kingdoms in Ransei. Each kingdom has its own strengths, weaknesses, and a powerful Warlord seeking to conquer the entire continent. Each Warlord has an army of warriors, and each warrior can do one thing each in-game month (a month ends once all warriors have acted, or once the player ends it manually). Warlords invade other kingdoms to conquer them and expand their territory, resources, and army size.

The backbone of each army is, of course, its warriors. Warriors can train or recruit other warriors in various facilities within their kingdom, buy and sell items in shops, eat Pongiri to raise their Pokemon’s energy, mine gold, or invest money to improve the kingdom. While these options seem limited, each kingdom can only support 6 warriors at a time, so the decisions involved with assigning each warrior to his or her proper place proves to be a very deep, engrossing mechanic. For those who could care less about the nitty-gritty details, players can delegate each kingdom under their control to train, search for more warriors, or develop itself.

While a lot of this setup works, and works well, it suffers from a few drawbacks. Each month, every Warlord has to take some kind of action, even if it is just standing still and waiting. When players are opposed by only one or two Warlords, months can fly by, but when a full field of 17 Warlords is fighting over the entire continent, the game quickly starts to drag. Some kingdoms also have large battle areas, allowing struggling enemies to run away from players’ armies, essentially running out the game clock and wasting players’ time. 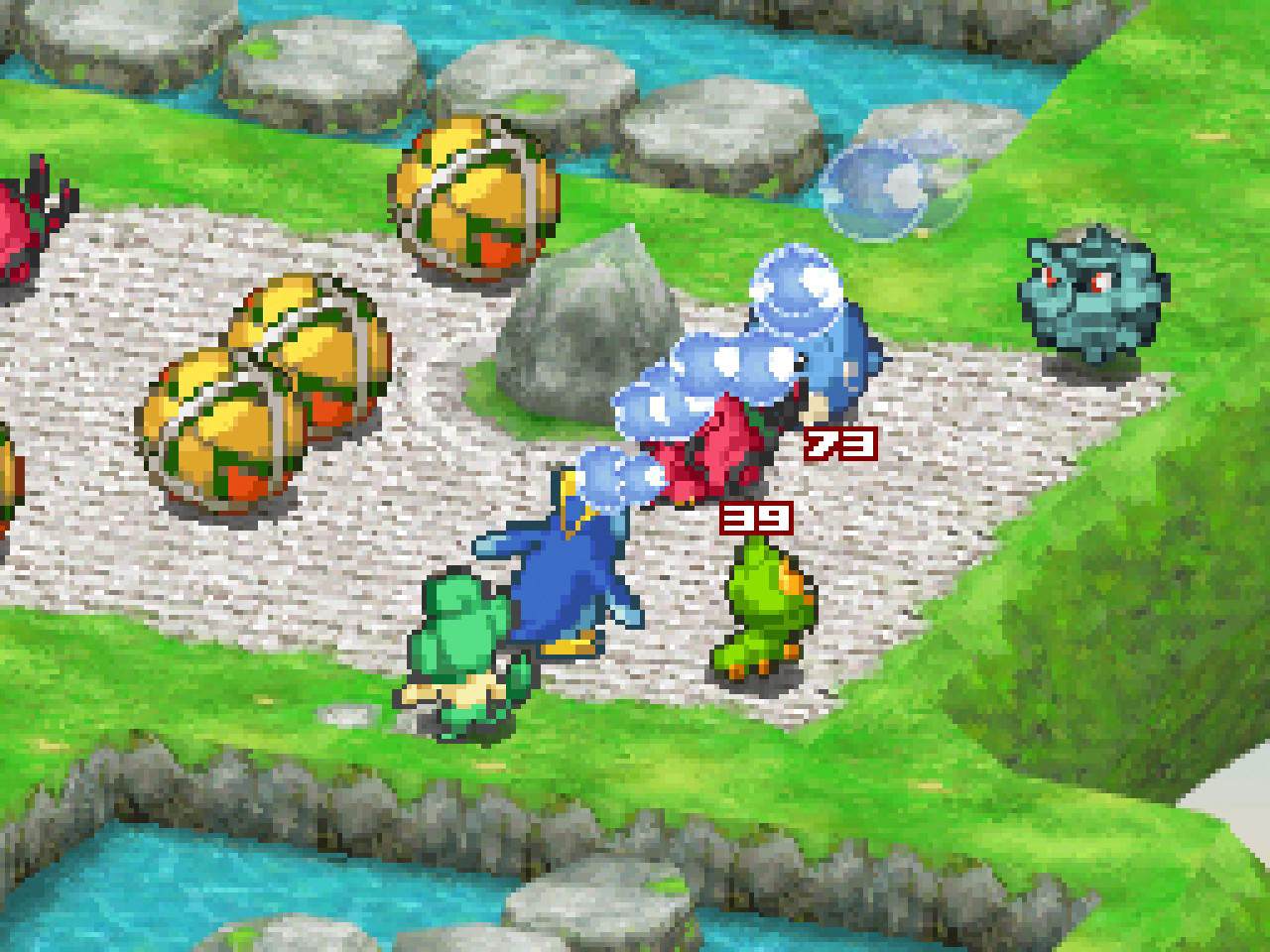 In addition to these gameplay irritations, a few style annoyances abound. Some warrior-specification combinations don’t make sense: some specialize in pre-existing combo-types but have a perfect link with a Pokemon of only one of those types. For example, one character specializes in Poison/Ghost-types, which fits Gastly to a “T”, but has a perfect link with Ekans, a pure Poison-type. While this isn’t game-breaking, it certainly gets annoying. The game also resets all link levels (basically, the Pokemon’s level) every time a player beats one of its 37 stories. This is easily infuriating when players have dozens of high-level Pokemon that are suddenly level 12 the next time the warrior is recruited.

Despite the aggravation, the stories themselves are both compelling and enjoyable. Some follow the main player as he or she attempts to unite Ransei, while others attempt to capture 100 Pokemon, win power-based contests, or defeat other incredibly-powerful Warlords. My favorite set of stories revolve around three young Warlords who get in a fight, and conquer three kingdoms to wage war and decide who was right. Each story presents a side to their argument, and adds an interesting take on the causes and purpose of war itself.

Like its mainstream counterparts, Pokemon Conquest sticks to anime-style graphics for the characters, Pokemon, and backgrounds. While its nothing revolutionary or breath-taking, the characters are still pleasantly drawn and uniquely identifiable; at least, the Warlords are. Each Warlord has his or her own character model, including several emotions for text-based conversations. The warriors, however, fall under a dozen-or-so archetypes, and each archetype uses the exact same emotionless image. Where the Warlords create emotional attachment through individuality and personality, warriors are dull and forgettable, easily thrown away as pawns or stored in worthless kingdoms. 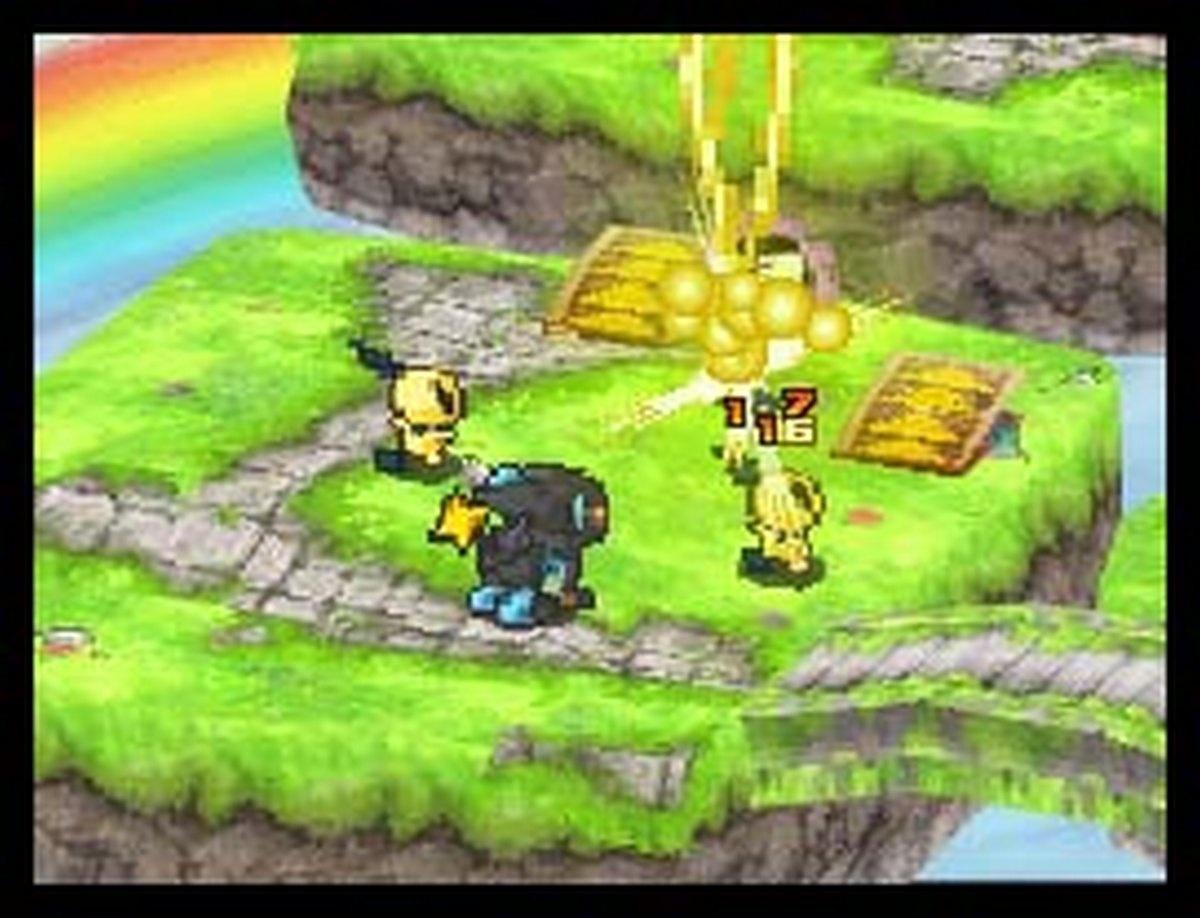 The sound follows the same trend as the graphics: the standard, chipper tunes of the Pokemon universe fill the continent of Ransei with joy and happiness, even in the midst of conflict. While the melodies are pleasant, and some are even catchy, they feel slightly out-of-place in combat, especially when your army is losing.

From a moral standpoint, Pokemon Conquest is nearly squeaky-clean. Pokemon engage in standard cartoon violence, shooting little balls of fire or dropping rocks on their enemies. Very few female characters have revealing clothing, which largely derive from its “Nobunaga’s Ambition” influences. Two types of Pokemon, the Psychic- and Ghost-types, utilize forms of magic: Psychic-types can influence and damage others with their mind while Ghost-types can vanish and levitate. The main legendary Pokemon, Arceus, is also known as the Creation Pokemon and has many Godly characteristics. Profanity and sexual references, however, are virtually non-existent.

In the past, many Pokemon spinoff games allowed the player to transfer special Pokemon to other games in the main series. Pokemon Conquest strays away from that trend, and probably for its benefit: since Pokemon are never really caught it would be difficult to send them anywhere. In fact, Pokemon Conquest strays from much connectivity at all: connecting to Nintendo Wi-Fi Connection only allows players to download bonus missions, and players can only battle via local multicard connection.

Overall, Pokemon Conquest is a fantastically enjoyable game. Although playtimes can get lengthy, and retraining Pokemon can get annoying, it delivers plenty of gameplay for Pokemon fanatics and strategy buffs alike. It’s a worth-while gaming experience for gamers of any age, and quite possibly the best spin-off of the entire Pokemon franchise.