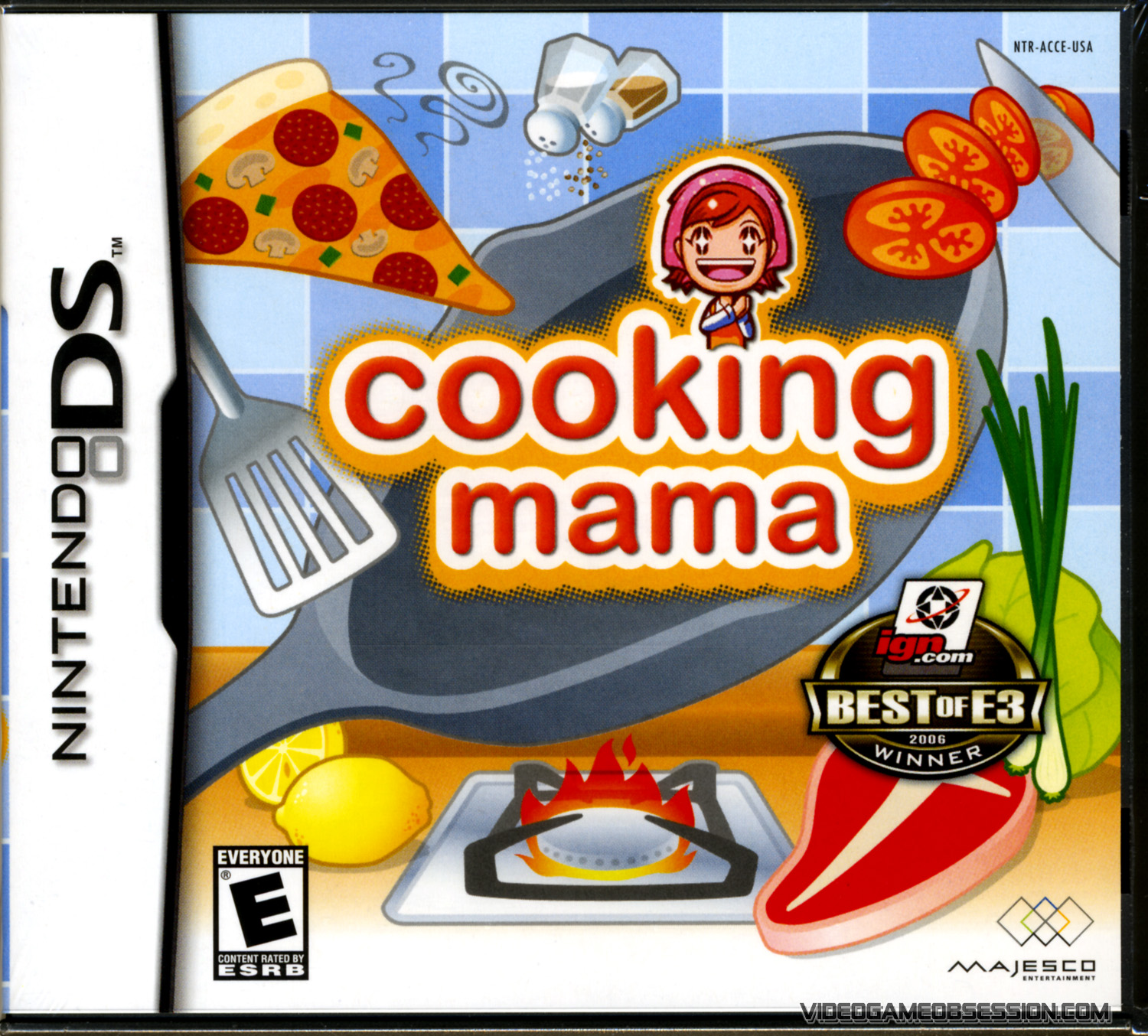 My daughter bought Cooking Mama on sale with some of her birthday money and it’s been quite a hit in our house.  We have had fun doing cook offs and I tend to get more help cooking dinner now.  No joke.  This is also the first game where my kids have gotten better scores than I have.

As a mother and primary cook, I was rather surprised to fail at the first recipe I tried making:  Rice.  To make matters worse this game uses a Rice Cooker, so to fail adds further insult to injury.  So what’s so difficult about making rice?  Every step is timed so you don’t have much room for error.  The game first has you start off by measuring rice and water.  But having too much or too little will cause you to get a Good instead of a Very Good .    You cannot fail on the measuring part so a Good is the worst you can get.  The next part you can fail, and when you do, Mama loses her sweet smile and has fire in her eyes while the text says “Don’t worry Mama will fix it.”  If you rinse the rice too much, you will fail.  The trick is to stir it until the arrow gets and stays in the dark green area of the bar until time runs out.  The last step is fairly easy and just requires you to enter the proper time on the rice cooker.

The grading scale is rather strict and a gold medal is only given for perfect scores.  Scores in the nineties and eighties will get silver, and a bronze is awarded for seventies and below.   When you get a bronze, like I did for the rice, you will hear a sour chime letting you know that you did poorly. 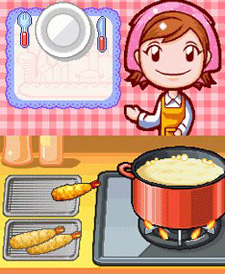 Strong Points: Educational game play that may inspire kids to start cooking.  It worked for my kids!
Weak Points: Not enough time to do some of the tasks, the controls seem off at times.
Moral Warnings: PETA found this game offensive but I didn’t.

Rice is one of the easier recipes and I eventually mastered it. There are more than seventy recipes to unlock, and you don’t have to ace them either.  You can get more recipes by simply making them or changing them when prompted to do so.  For example, fried race can unlock chicken, crab and shrimp variants.

Many of the recipes are Asian cuisine but there are some that I’m familiar with.  I have never cooked octopus, squid or gyozas before.  Some of the recipes I’m acquainted with include pizza, instant ramen (this is easy to master), chicken kabobs, stuffed peppers, sandwich (another easy gold), fried chicken, pork cutlet, omelets, and salisbury steak.

Each recipe has a set formula on how to make it, but each step will be randomized.  For example, the recipes that require you to mix ingredients will use a different order each time or when you have to weigh meat, the amount needed will be unique.  It’s pretty safe to say that you cannot memorize your way to a gold medal. 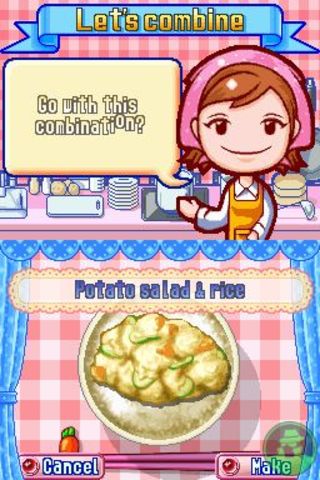 There’s plenty of gameplay with the recipe unlocking and improving your scores.  I only have a handful of bronze dishes left on my game save.  Just like real life, some recipes are tougher to master than others.  Any recipe that involved me breading items for frying or separating egg yolks I never mastered.  There is a practice mode, but I never utilized it.  Another feature I didn't take advantage of is the combining to make new recipes.  One neat feature is the ability to send a demo of the game to your friend’s DS.

I like how family friendly Cooking Mama is, but it does have you carving up various meat products.  Not surprisingly, PETA took offense to this game and made a parody of it.  I must admit that they did a good job mimicking the art and music style.

Mama has an anime style to her and seems nice until you mess up a step.  The background music reminds me of 1920’s piano music and adds a nice touch to the game.  To be honest I’m more focused on the timer that gets faster and louder as you’re running out of time.

Time challenges and frustrating controls issues aside, this is a fun and cute game.  If you haven’t done so already, I’d recommend putting screen protectors on your DS before playing this title as you may scratch your screen desperately slicing virtual meat or veggies.  I like how my kids have offered to help chop real vegetables for me as I prepare dinner nowadays.   I, of course, take them up on their offer and guide them so nobody gets hurt (except the animals we eat.)