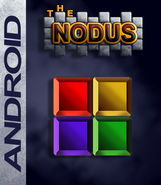 Thank you Stuart for sending us this game to review!

There's not much of a story to The Nodus, but the premise is simple. Your goal in this game is to bring the red and/or yellow squares to their similarly colored destination square.  Once that is accomplished, the nameless hero will advance to the next level.  In total there are thirty two mind bending puzzles to solve.

Before you begin, there is a tutorial explaining the games objective, controls, and options.  There is a software arrow pad on the right hand side of the screen which is used to control the hero.  As you play there is a strong chance that a stone will be moved in the wrong place and will prevent further progress from being made.  When that happens, you can undo an unlimited number or moves, or just reset the level from the beginning.   Occasionally, I would accidentally reset the entire level instead of undoing my one move. 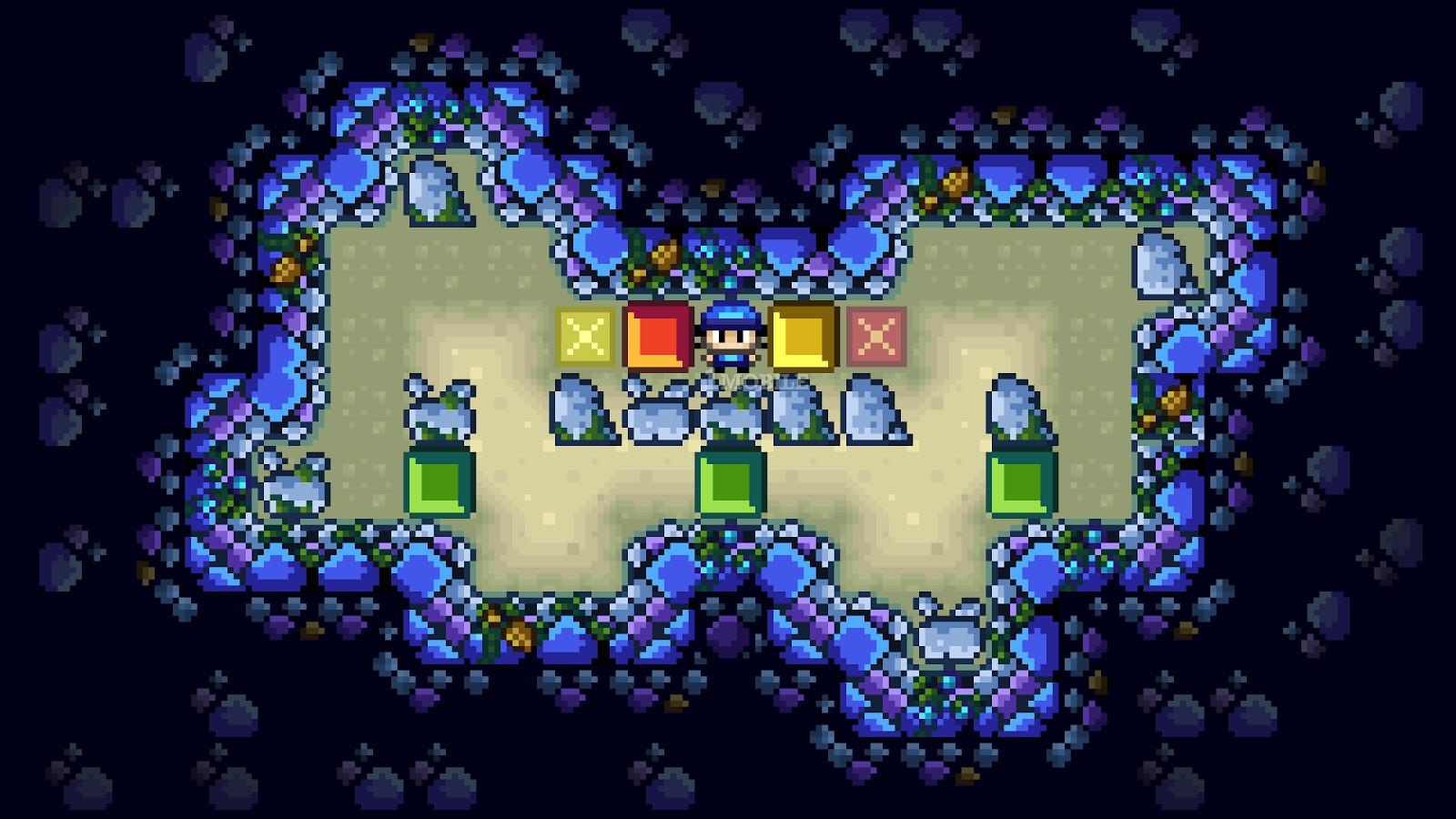 Strong Points: Fun and challenging puzzle game for a dollar
Weak Points: No character development or back story to the game, just solve puzzles
Moral Warnings: None!

Fortunately, the levels are typically pretty short if you're good at solving them.  They gradually get more challenging as you progress in the game.  The Nodus begins with only moving one square to the goal, but two or more will need your undivided attention in the second half of the game.  Each move has to be calculated because it's easy to accidentally push a square so that it will block you later in the level. 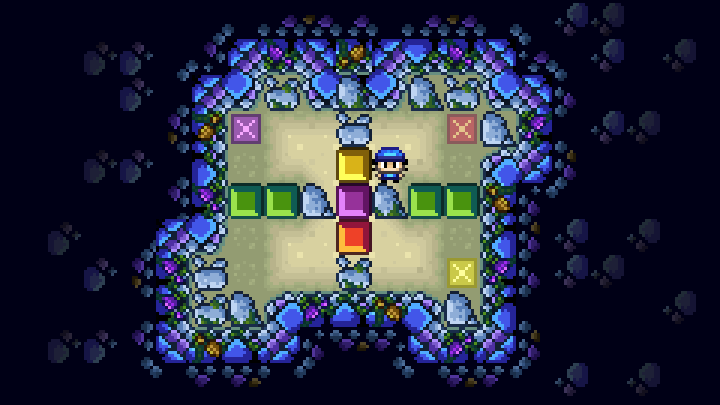 The puzzles will make you scratch your head a bit with the possibility of annoying you after a while.  However, the ambient and calm background music is pleasant sounding and keeps your blood pressure from rising too high.

The graphics are old school and reminiscent of the original NES. The pixel art is fitting and works well for this quaint little puzzle game.  The Nodus will scale well for phone or tablet devices.

Currently The Nodus is only available on the Google Play store for .99 cents.  According to the developer's website, it will available on iOS devices soon.  This challenging puzzle game is suitable for stumping people of all ages, and I highly recommend it for puzzle game fans.