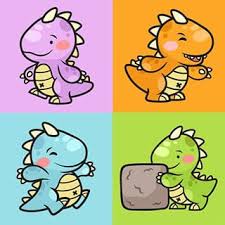 Thank you Craig Eats Crayons for sending us a review copy of this game!

Dinofour is the first game released by the independent game studio, Craig Eats Crayons.  It's a 2D retro style platformer game where up to four dinosaurs must use their unique abilities to work together and rescue the stolen dinosaur eggs.  Getting to the eggs is no easy task as there are many obstacles and other prehistoric creatures to deal with.

Besides avoiding pterodactyls, there are crumbling platforms, deadly spikes, acid, crushing blocks, boulders, and ice blocks in the way.  The orange dinosaur can melt the ice blocks with his fire ability and the green dinosaur can move heavy objects like boulders.  The blue dinosaur can fly for short periods of time while the purple dinosaur can defy gravity and walk upside down on ceilings.

The controls are pretty intuitive with left and right arrows to move the dinosaurs in the desired direction.  Jumping is accomplished by pressing the B button while swapping dinosaurs and using their abilities is done by pressing the A button. The four tutorial levels explain the basics pretty well and prepares gamers young and old for the remaining seventy-plus levels. 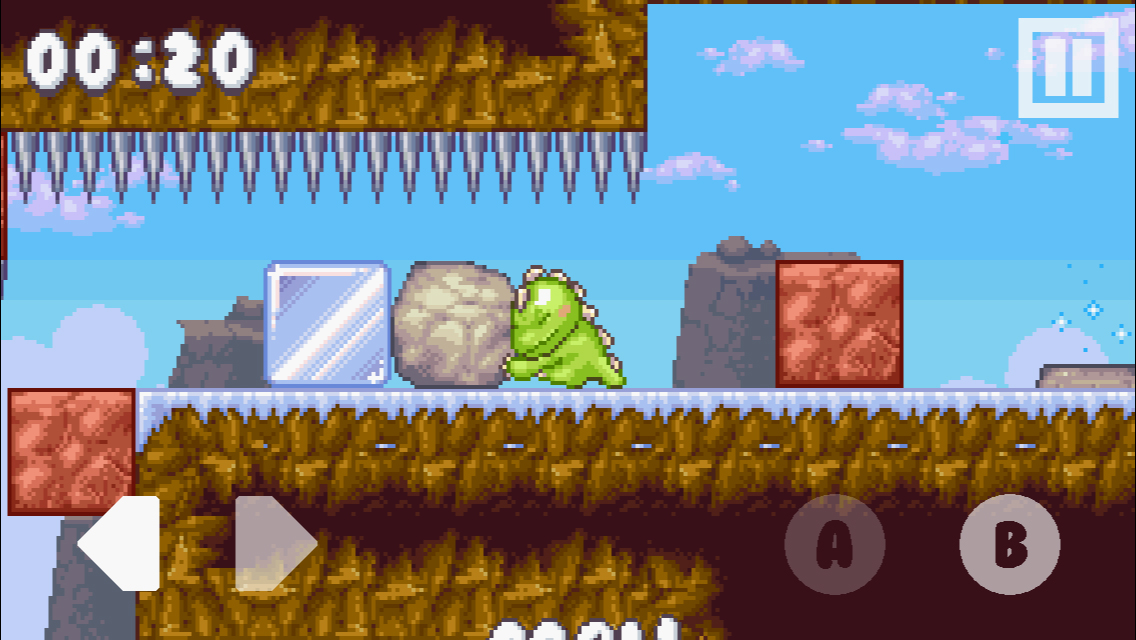 While the controls are interface are relatively simple to use, they are not without their quirks.  When attempting to swipe the screen to load more levels, I was often launched into an unintended level instead.  Another issue is that swapping the dinosaurs requires some pixel hunting to enable the A button to illuminate and permit the dinosaur swap.  I found it best to aim for the dinosaurs to be touching noses for it to work.  Every second counts and it's rather annoying when a simple task of swapping dinosaurs gets to be cumbersome and costs you a star or two.

Depending on how fast you capture the egg, you're awarded between one and three stars per level.  Most of the time, my kids and I have earned one star.  Unlike most star based mobile games I have played, the stars have no impact on unlocking levels.  The levels must be unlocked in sequential order.  I'm not too fond of that design because if I'm stuck on a level, I have no workaround until it gets solved by myself or one of my kids. 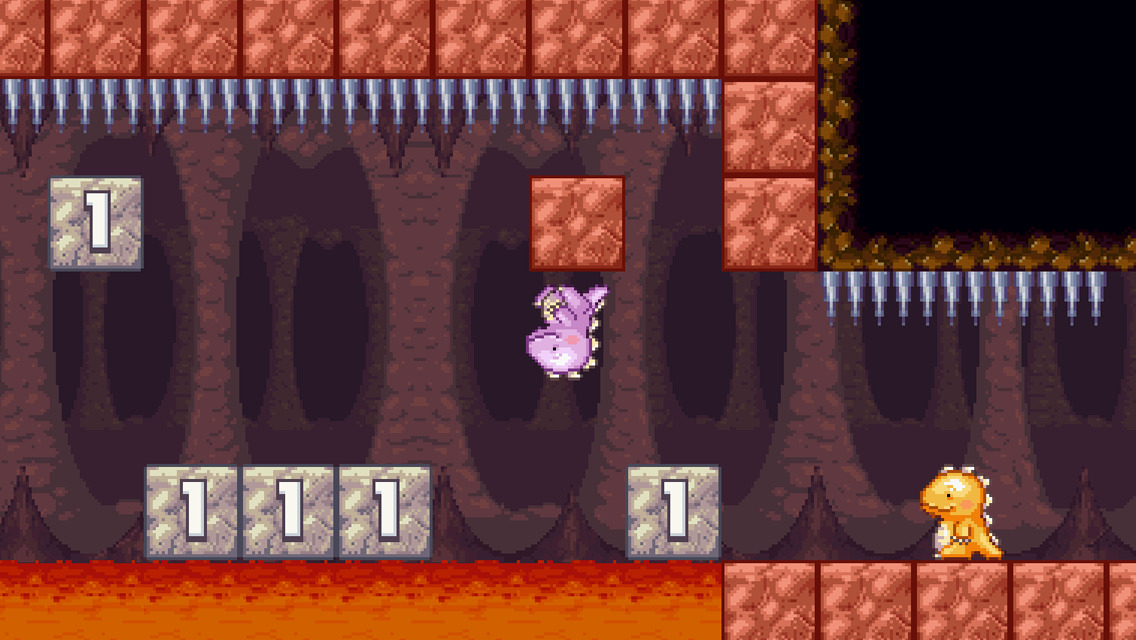 Another game mechanic that ramps up the difficulty is the lack of check points.  When (not if) you die, you'll have to start over from the beginning of the level.  There is a lot of pattern memorization and perfect timing required to progress in this game.  Don't let the simple graphics fool you, this is a challenging, yet fun game.

The retro graphics are cute and bring me back to the SNES days.  While there are many opportunities to perish, it's rather cartoonish and there is no blood involved.  The colorful graphics attracted my kids and children from other families while I was playing it at church (after service, not during!)

The looping background music is pleasant to listen to and adds to the game's charms.  The sound effects are simple, but they work. With a download size of 17MB, I wasn't expecting too much in the audio department.

While Dinofour has been on sale for as little as .99 on iTunes, the normal price is $1.99.  Google Play sells it for $1.45 regularly.  Given the popularity of this game with my kids and random samplings from my church, I'd say it's a pretty solid buy for gamers of all ages.  I look forward to more games from Craig Eats Crayons.