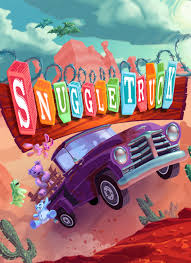 In 2011, Owlchemistry Labs created a satirical game called "Smuggle Truck." In this game, the player drove a truck full of illegal immigrants across a roadblocked national border. Although the game did get listed in the Android markets, the game publisher ran into a roadblock when it came to Apple. Due to the controversial nature of the game, it was not listed on the iTunes store.

Undaunted, Owlchemistry Labs decided to find another route past this virtual fence. They changed the graphics of the immigrants to cute stuffed animals, and the premise was to drive them to "Da Zoo" instead. Finally, they changed the name of the game to "Snuggle Truck." The same battered pickup truck and scenery remained, but these changes were sufficient to allow the new game to be played on iOS devices.

This eventually expanded to Steam, Windows, Mac OS X, Linux, and possibly even more devices. Perhaps that should be a lesson to other game developers – if you want to turn a profit, focus less on trying to convey a political message, and more on the fun elements. But I digress. 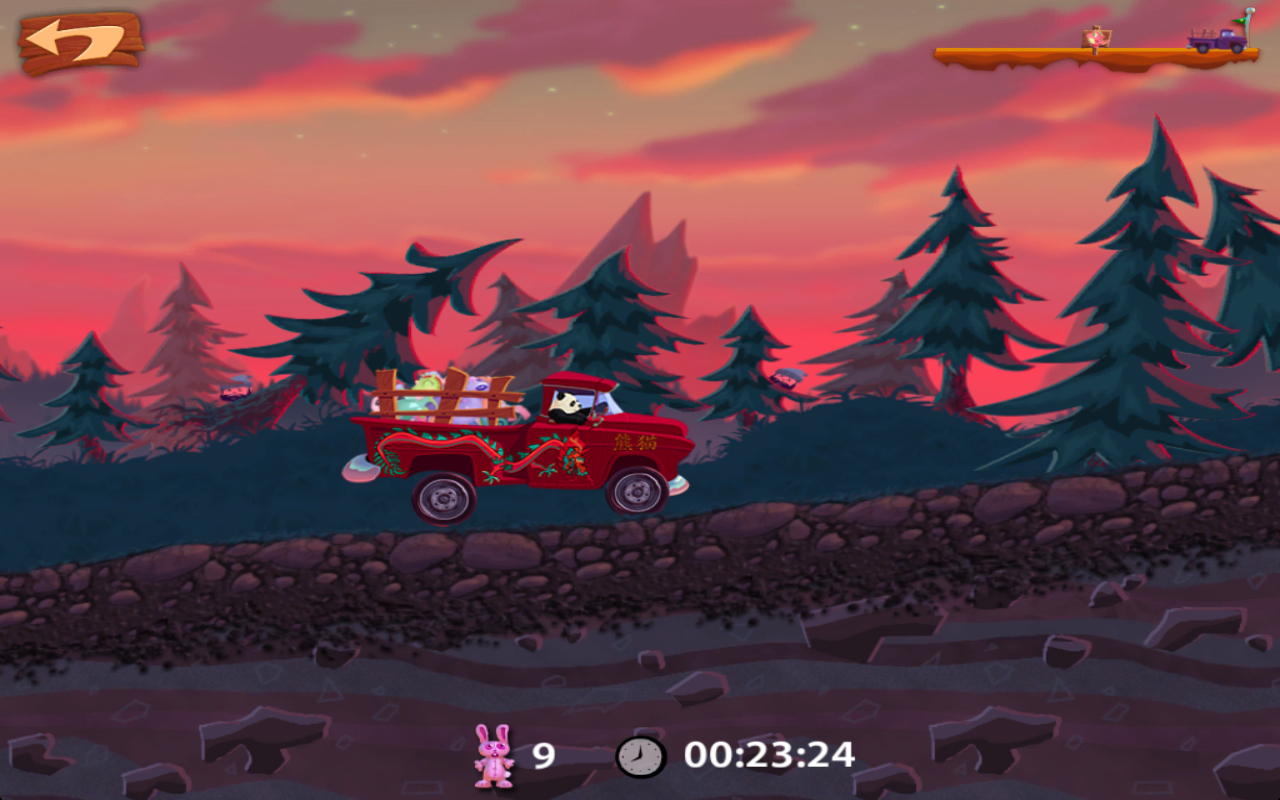 Whether we're looking at "Smuggle Truck" or "Snuggle Truck," the gameplay is the same. You control a battered pickup truck with an open bed and drive it along a 2D field in order to get to the goal. Along the way, you'll have to navigate carefully across rocky hills, fallen trees, barbed wire, dynamite boxes and more. Tipping the truck too far can cause the passengers in the back of the truck to fall out – if you lose all your passengers, you lose that run! It is possible to pick up additional passengers, but it takes careful timing to catch these. In Snuggle Truck, these are called "Fuzzies," and they are "Babies" in Smuggle Truck. At the end of the course, your score is based on how many passengers made the trip with you and your overall time – the faster, the better. Each level has five medals to obtain, and the more medals you get, the more levels are unlocked. Levels tend to be extremely short, too – most can be finished in well under a minute, and the majority of "speed run" medals can be obtained in less than 30 seconds.

The graphics in the game are cute and cartoony. The default has a purplish pickup truck and a selection of stuffed animals. Other options for trucks and cargo are available. A "brony mode" changes the stuffed animals to creatures that look like "My Little Pony" toys and has a rainbow follow the truck. The truck also has paint jobs replicating the American and German flags, a flaming truck, and more. All of these are free for those with the Steam and Amazon Kindle versions, but those with the free Android or iOS versions must pay 99 cents to $1.99 for each add-on. All versions also offer a level editor, but the only way to obtain levels that other players have obtained is through Steam, or by purchasing select levels from their respective stores. 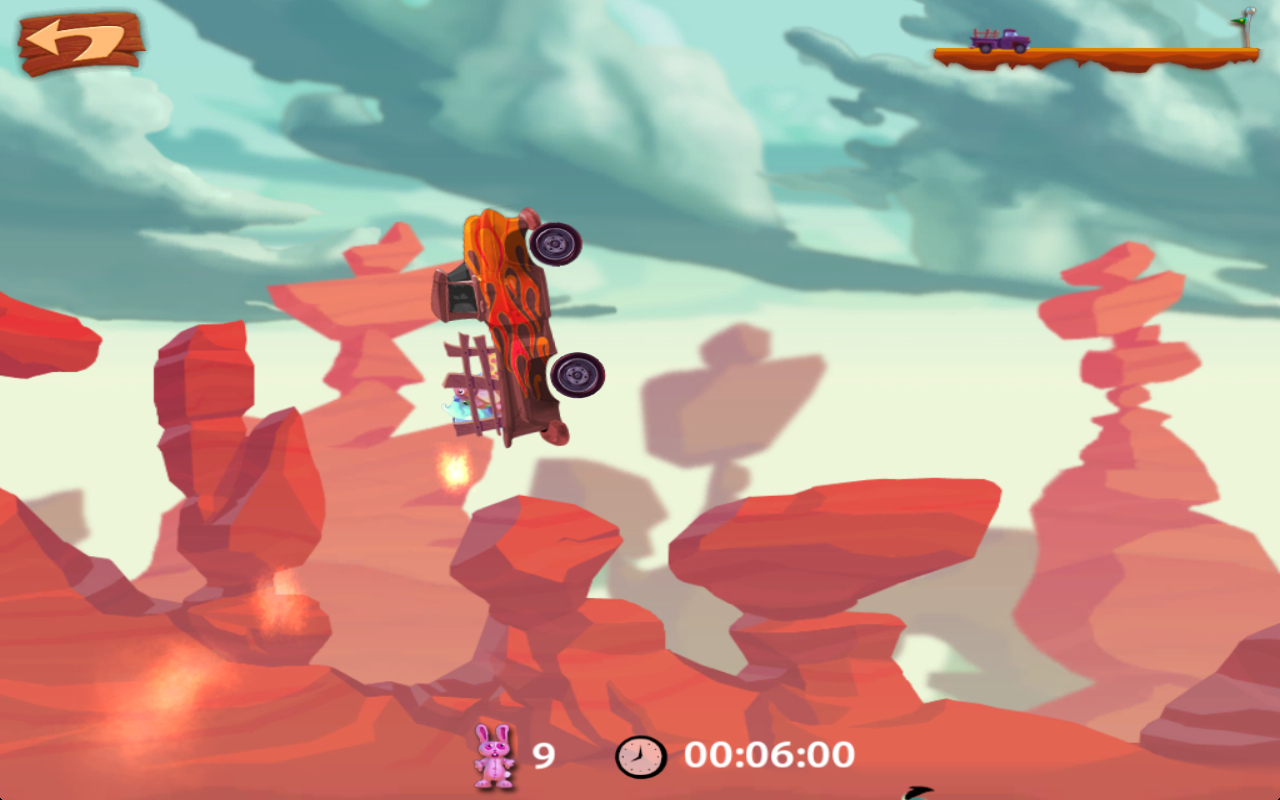 The controls tend to be sharp and responsive, if a bit tricky to master. On the tablets, you accelerate or decelerate or go in reverse by pressing on either side of the screen with your thumbs. Rotate the truck by rotating the device. On the computer, the same can be done with the arrow keys. While playing on my MacBook Pro, there was an occasional graphical glitch where it seems some of the screen "stutters," but this doesn't affect gameplay much.

From a moral perspective there isn't a lot to worry about here. Dynamite boxes can send your truck flying, and while it's possible to accidentally run over your passengers, their static graphics don't show pain or blood. Of course, there are the political implications of "Smuggle Truck" and the idea that you're breaking the law trying to sneak immigrants into another country, but that only pertains to the original version of the game, not the more widely-spread "Snuggle Truck."

The game can be entertaining in short bursts. Fortunately, thanks to the length of the levels, it can be played in just that fashion. The level editor is easy to work with and provides additional entertainment – my five-year-old son has spent hours just designing levels for fun. While some of the levels can be painfully difficult, the game provides a fun diversion for those looking for a quick game.