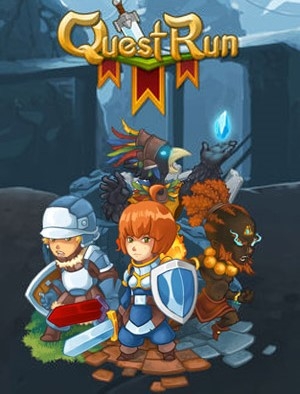 Thank you Phoenix Online Studios for sending us this game to review!

QuestRun debuted for PC in 2013 and is available on Desura and Steam with mixed reviews.  Nothing seems to have changed for the mobile version other than the touch controls and it being 1/3 of the PC game's price.  The touch controls are functional for the most part, but the same issues that annoyed gamers still remain.

There isn't much of a story or a tutorial for that matter, but the levels do get progressively harder and you have to unlock them by conquering the currently available ones.  The two level types are dungeons and side quests.  The side quests have set characters, but the dungeons give you more control of what characters and affinity strengths/weaknesses your party will have.

While there are many characters to play and unlock, their progress will be reset at the end of every level.  With that said you're at the mercy of good luck and equipment drops.  With enough in-game gold you can unlock a store to purchase upgraded items at the beginning of the dungeon levels. 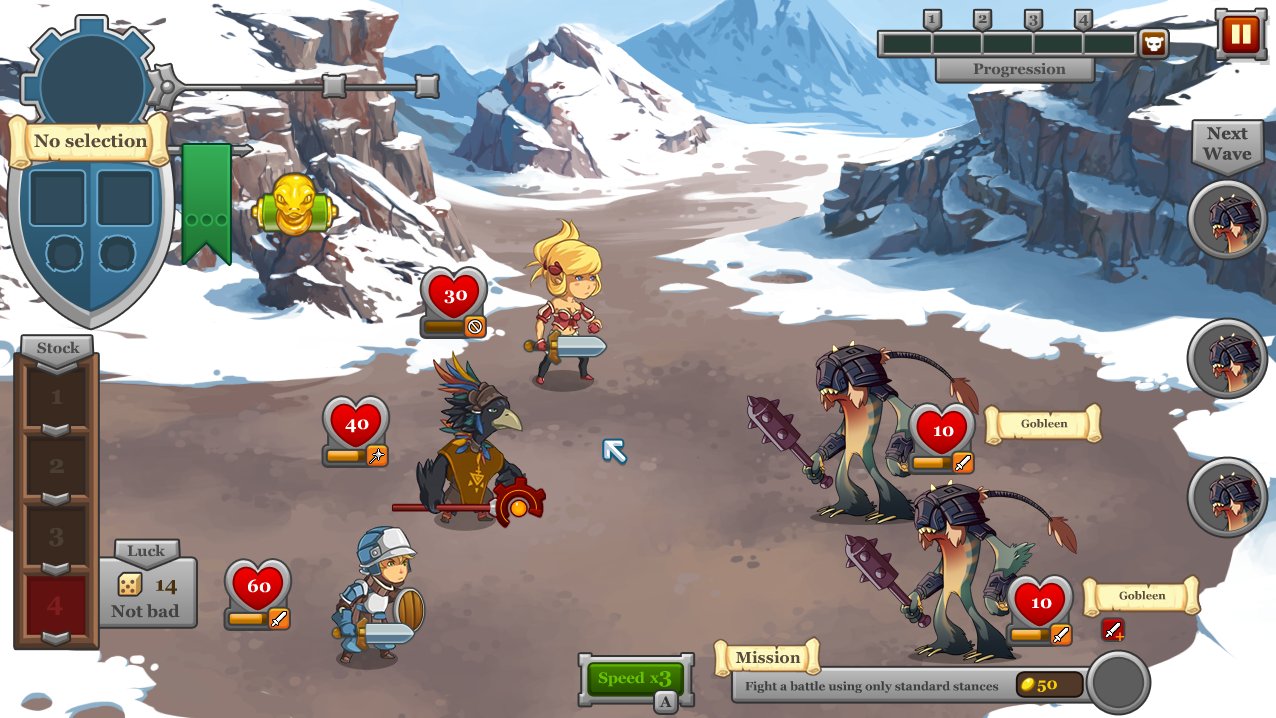 Each character type has a power up that becomes available after it recharges for some time.  In order for the ability to charge up, the character must be actively fighting a monster of some sort.  The priest and paladin classes have the ability to heal and I always try to have one of those in my party at all times.  Mages can cast fireballs at enemies while the bard can temporarily charm them.

When an enemy is defeated, they will sometimes drop a useful weapon, potion, level up scroll, or shield.  The item is automatically placed in the top position of your inventory slots.  The main drawback here is that you only have four slots to work with and you have no say in keeping the newly acquired item or not.  If you get a useless item you can feed it to your pet (sold separately with in-game currency) in exchange for a potion, an attack, or a different item. Occasionally you'll get struck with some bad luck that will give you a choice of having a character in your party repeatedly bleed to death, or lose all of your inventory to a thief.  Since there is no cure for bleeding, I opted to lose my inventory every time.

The battles are mostly automated as your characters will use their charged attacks without your input.  The special moves are manually activated.  If the fighting is not moving fast enough, you can press the 3X button to make it go three times faster. 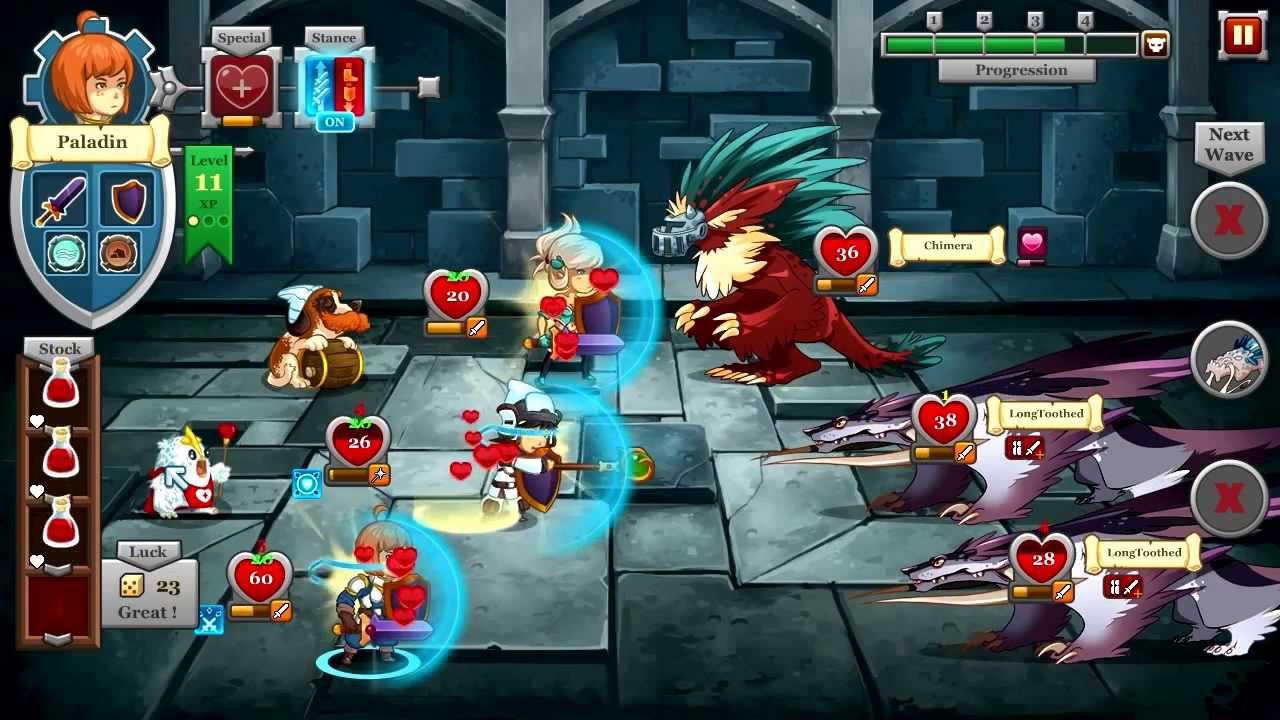 Each dungeon or side quest has several waves of enemies and a few check points before the boss class monster(s) appears.  At the checkpoints you are given the choices of healing at a shrine, filling your inventory with potions, getting a unique artifact or leveling up all of the party members.  If a party member dies in battle, you can revive them with a potion.  If they have any status ailments, those will still carry over once revived.  If the whole party gets wiped out, you'll be taken to a level summary screen and will get paid some gold for your trouble.

QuestRun was made with the Flash based Flixel engine. The graphics are cartoon-like and the monsters come in many shapes and sizes.  The animations are simple, but they get the job done.  The sound effects are fitting and the background music is pleasant to listen to.

The violence is pretty tame as there is no blood or gore shown as you're hacking away at the enemies.  When they are defeated their bodies turn red as they fade away into oblivion.  Like many RPG games, there is some magic use but it's only available if you have a mage in your party which is optional.  Lastly, female characters wear tight and revealing clothing.

The mobile version of QuestRun is certainly cheaper than the PC game, but none of the player complaints have been addressed.  Quite frankly, I found the game a bit boring and don't recommend it for three or nine dollars (PC).  If you like random battles with no character development or stories, you may enjoy QuestRun.  However, if you are looking for an RPG game with an engaging story and characters you get to develop throughout the game, your money is best spent elsewhere.