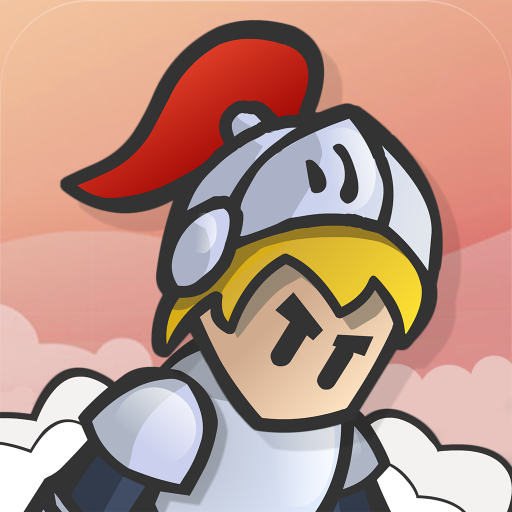 Thank you 232 Studios for sending us this game to review!

Epic Eric has been out since late 2014 for iOS devices and has recently made its debut for Android users in June of this year.   The premise is simple in this cute and addicting 2D physics puzzle game.  You can play as Eric and rescue princess Erica or vice-versa.  The progress is the same no matter which character you play as.  There are sixty levels to get you started and more to come!

The goal in this game is to fling Eric (or Erica) to the tower on the opposite side of the screen to rescue their other half.  This is done with a swiping gesture on the touchscreen.  The only caveat is that they cannot land on the ground. It's not molten lava or anything deadly, they just can't touch it or they have to start over.  Between these star crossed lovers are often gears, gates, pulleys, and other devices that make you wish that this game had a quick save feature. 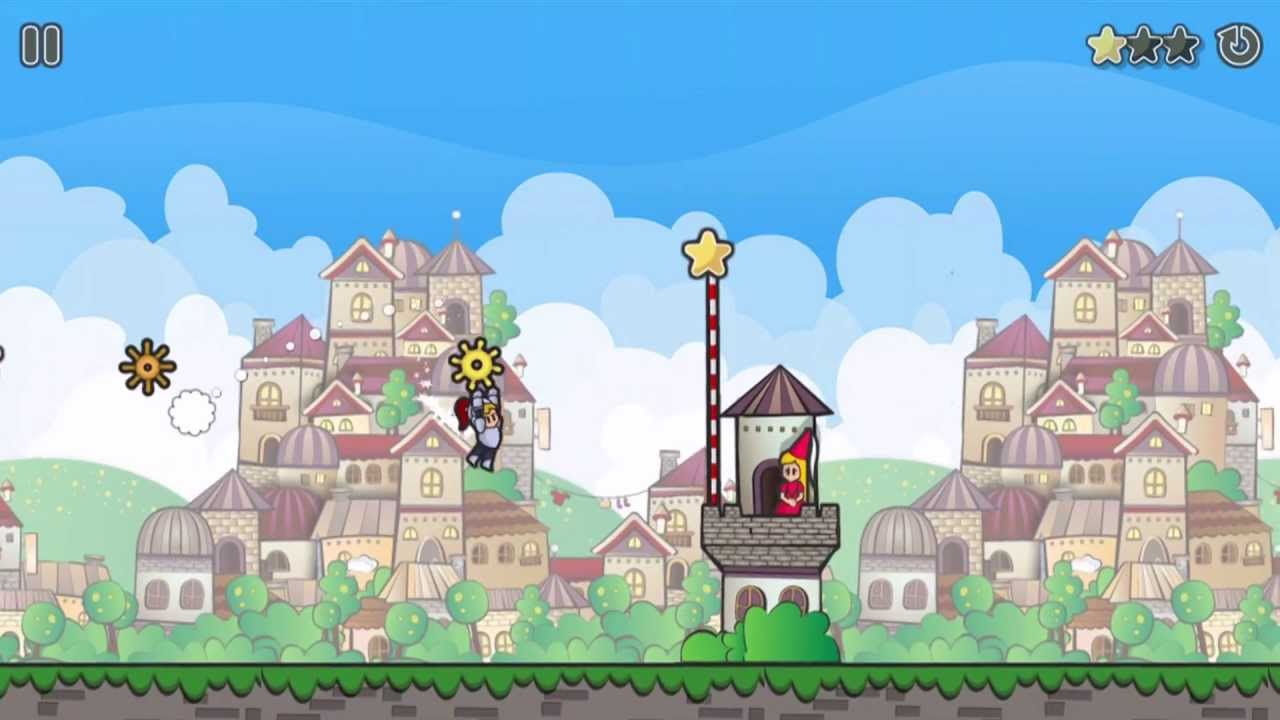 Strong Points: Cute concept; easy to learn and hard to stop playing
Weak Points: Some of the gestures don't register as they should; repetitive music
Moral Warnings: Cartoon injuries

Time is not an issue, but momentum often is.  Some of the gears constantly spin, while others rely on your momentum to make them move. To have the character move from obstacle to obstacle, you simply have to swipe in that general direction.  For the most part it's accurate, but sometimes my swipes didn't register correctly on my tablet.

Besides rescuing your loved one from the tower, your goal is to collect stars along the way.  Sometimes they require some backtracking to collect them all, but it's often worth the effort to do so. Unlocking future levels and areas are dependent on the number of stars you have collected.  Some of the levels are so tricky that I have no idea how to collect all of the stars.  Other levels are very frustrating and I'm perfectly happy with my one star.  There's a maximum of three stars you can earn per level, even though some levels have more than three stars to collect. 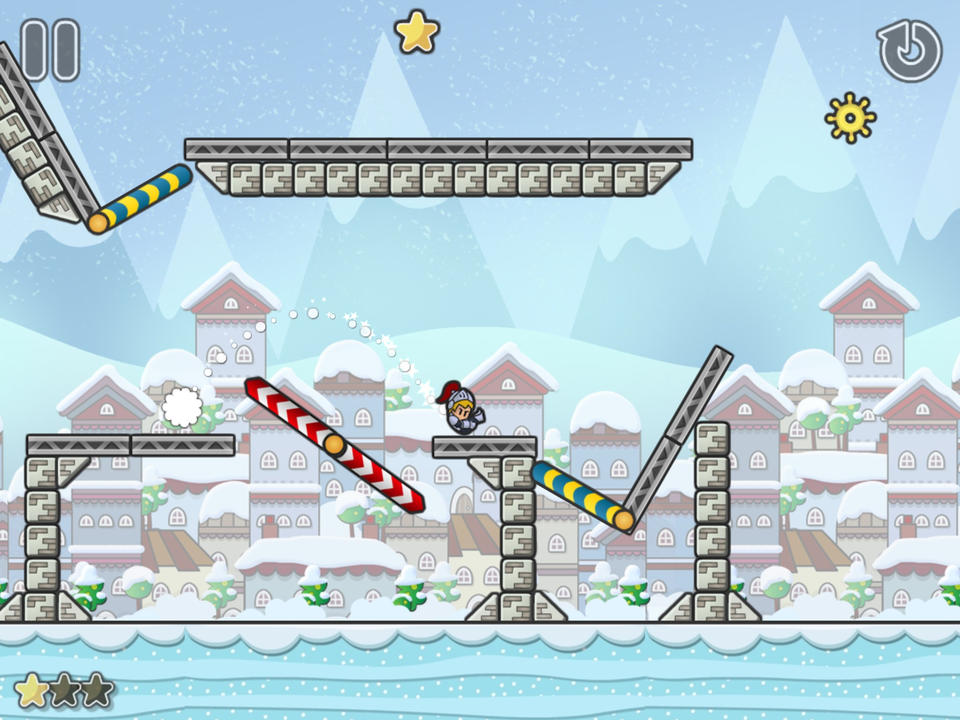 The difficulty ramps up at a decent pace.  The later levels are much harder with the moving platforms to  keep up with.   So many times I have failed at the last jump with 2 stars in my possession.  Though Epic Eric is annoying at times, it has appeal and will awaken your inner completionist.  Until the last section, most of my levels were three stars completed.

My son took a liking to this kid friendly game and played many of the levels ahead of me.  I was able to tell which levels were completed by him given the lack of stars he had.  There was one level that he earned one star that I didn't even want to bother matching or improving upon because it was so challenging.  It didn't stop him though!  The music reminded my kids of World of Goo; I can't comment on that since I haven't played it.  However, I did find the music a bit repetitive.

Epic Eric is a cute game that can be enjoyed by and frustrate gamers of all ages.  The asking price is a very reasonable 99 cents with no in-app purchases to worry about! More challenging levels are on the way as well.  While I may not be up for those challenges,  I'm sure my son will be!