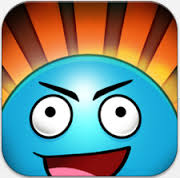 Thank you Indie Developer Consulting for sending us this game to review!

In the world of Shapearea, there was a pyramid who was mistreated by balloons in his childhood and has taken revenge on all sphere shaped objects.  The pyramid convinced the cubed shaped objects to round up and trap the spheres in a tower far away. One of the brave blue spheres has managed to break out of his cell and now the fate of his friends is in his hands (figuratively speaking).  Can you guide him to safety and help free his buddies along the way?

Mazement is not your typical labyrinth game; not only is there a story, but a ton of new challenges like spiked walls, moving tiles, and enemies, including boss battles.  The goal is still the same: you must guide the blue ball through the maze.  Once through, you're given a score depending on how quickly you completed the maze and by how many coins and friends have been collected along the way.

The default controls use the motion sensor in the tablet/phone to move the ball around.  You can disable and use the touch controller, but I found them both to perform roughly the same.  No matter what method I used, I failed miserably.  Fortunately there is no time limit and the ball's lives are infinite.  There are checkpoints too which are nice, but this game is brutally hard.

Even though the main character looks helpless (and very similar to a Dragon Quest slime), he does have some power-ups at his disposal.  Power-ups can be acquired in levels or be purchased at the item store with in-game money, which can also be found in various levels.  Some power ups include Big Jump, Fireball and Anti-Gravity.  Once a power-up is used it's gone, even if you restart the level.

The levels are in 3D and look great on my Android tablet.  The walls have nice stone textures and the main character's face changes when rolling or falling into oblivion.  Each level design gets more complex and there's some animations with moving walls and rotating tiles.  Be sure to look into the shadows as there are a few secret areas with treasures. 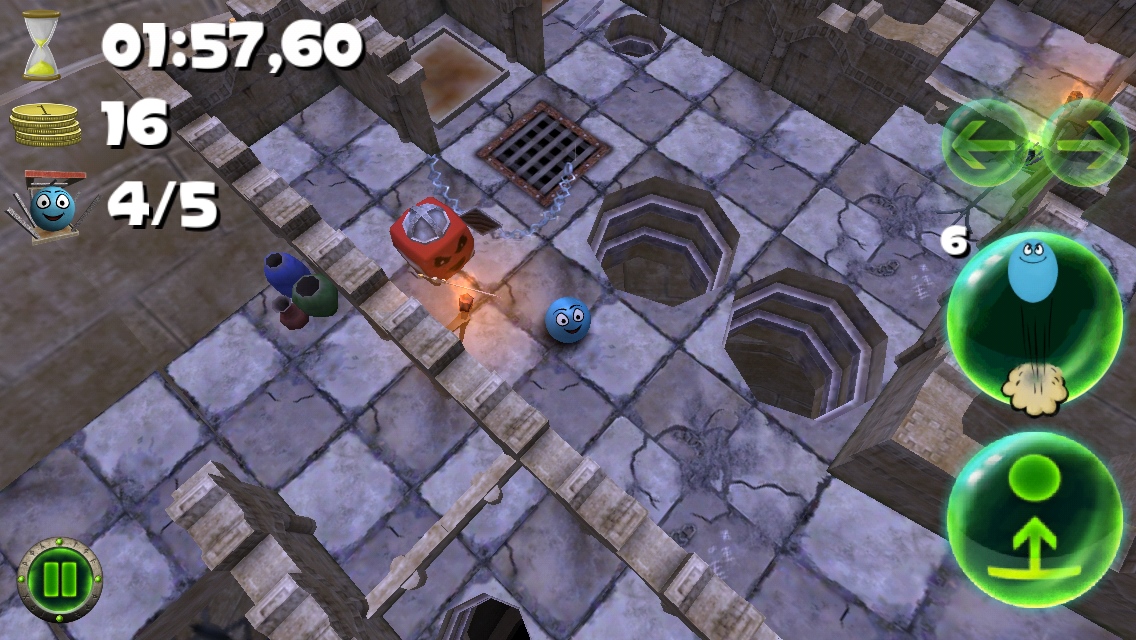 The audio does not disappoint either with great narration and soothing classical background music.  The marble rolling sound effect was fitting too.  The spheres have unique voices, but I can't comment on how accurate they are.  ;)

Even though this  game is kid friendly, my children did not play it very long due to the difficulty.  I strongly recommend checking out the free version before spending a couple of bucks on the full game.  I have seen the full game for free for a limited time, so be sure to check out the developer's website for the next giveaway.