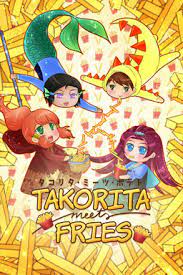 Takorita is a princess that lives in the ocean. Day in and day out, Takorita is given soup to eat and she is getting bored with the lack of food variety. She is not the only family member with a longing for exotic flavors. Her grandfather went on land some time ago and has not been seen since. She wants to follow in his footsteps and discover the cuisine of the barbarians that live on land.

Queen Pat is more sympathetic to Takorita’s quest for culinary delicacies than her father, king Octo. After some prodding, he relents and permits Takorita to go on land as long as her bodyguard, Mer, accompanies her. Mer is a traditional merman with a long scaly tail. In his present state, he won’t be able to walk on land. Thankfully, Takorita knows some magic and is able to swap out his voice for some legs. This transition only happens when he is on land though. Mer’s inability to talk provides some comedy throughout this one-hour visual novel.

Strong Points: Quirky story and characters
Weak Points: One hour long
Moral Warnings: There are three story routes and two out of the three of them have same sex attraction; magic use; cartoon violence; mild language (h*ll)

Like many visual novels, you are provided with some choices to make throughout the story. The relationships between characters will be impacted by your selections. There are three different routes or endings in this game and the majority of them have same sex attraction to either Takorita or Mer. Nothing outside of kissing or hugging is shown, but there are numerous sexual references and jokes.

If you’re into game achievements, you’ll unlock one for each completed story route. The game screen shows the various chapters and routes and is easy to navigate to the unexplored options. You can fast-forward through the previously read text to quickly access the new content. 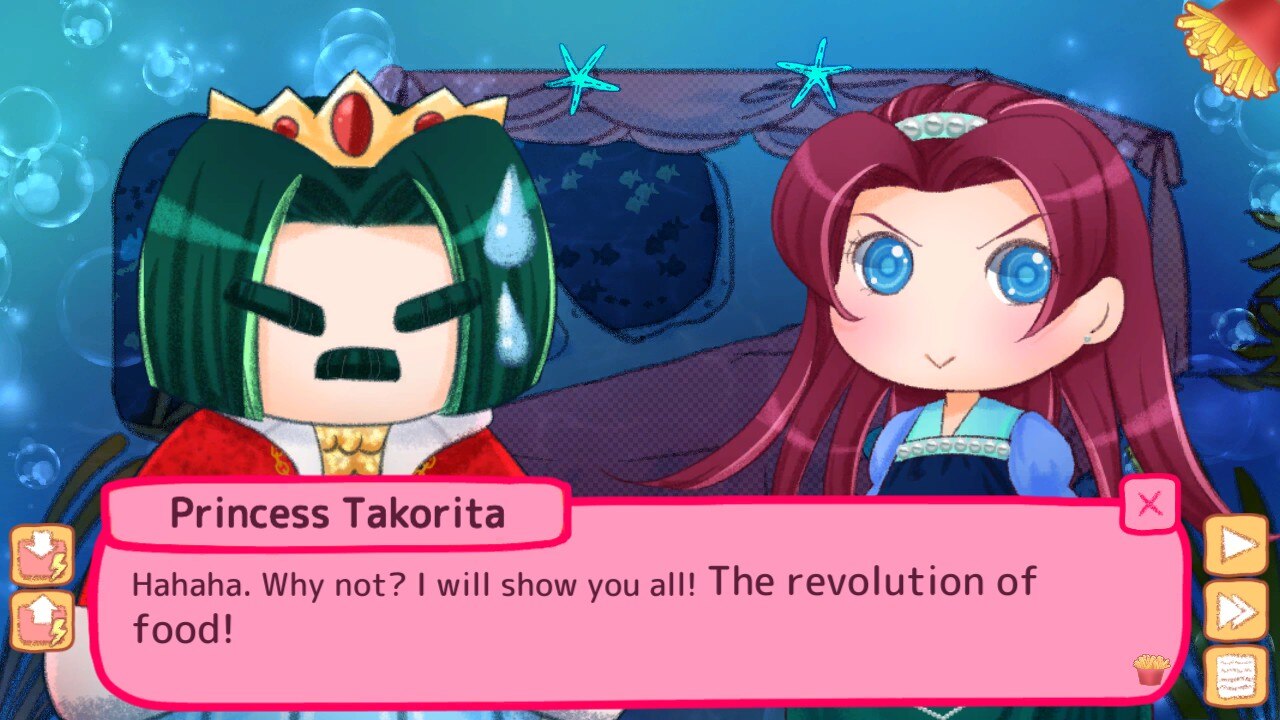 Since this game’s story is rather short, I’ll try to avoid any further spoilers. I will say that Takorita has a knack for finding the necessary ingredients to make some interesting French Fries. As the title suggests, she is quite fond of fried potatoes.

Aesthetically, this game is decent. The artwork is cute and slightly animated. You’ll see the characters blink and change their facial expressions to fit the dialogue. Sound effects are expertly placed to draw emphasis on the conversations too. Unfortunately, there isn't much voice acting, it's mostly generic beeps.

If you’re looking for a short visual novel game with a food theme and don’t mind the homosexual romance options, Takorita Meets Fries may be for you. For everyone else, I’d give this game a hard pass unless it was on sale.