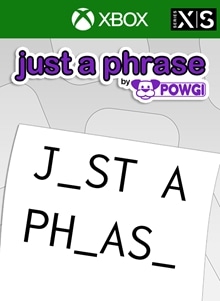 Despite Just a Phrase by Powgi releasing in 2020 for the PS4, Vita, and Switch systems, this is our first time playing it on the Xbox platform which came out in December of 2021. We have reviewed and enjoyed many Powgi puzzle games throughout the years. Let’s see what we’ve been missing out with this title!

Just a Phrase by Powgi plays very similar to Hangman where you have to figure out a phrase by guessing one letter at a time. There are no penalties for incorrect guesses, but they will be tracked on the bottom of the screen so you’ll know which letters you’ve guessed already. In the traditional Hangman game, each wrong guess would add a limb to a stickman and the game would be over once the stickman was complete. How many limbs or appendages drawn on the stickman before being considered complete depends on the person in charge of the game. I remember some hangmen having fingers and facial features while others were plain stickmen. No stickmen are drawn or executed in Just a Phrase by Powgi.

The one hundred and fifty puzzles are broken down into five categories: Easy, Beginner, Medium, Hard, and Bonus. Since there are no penalties for selecting the wrong letters, the difficulty levels are moot in my opinion. I usually had to make more guesses on the harder puzzles though.

I made pretty good progress in my one-hour stream and completing the game fully should only take another hour or two. The only replay value is completing the puzzles again faster and with fewer guesses. 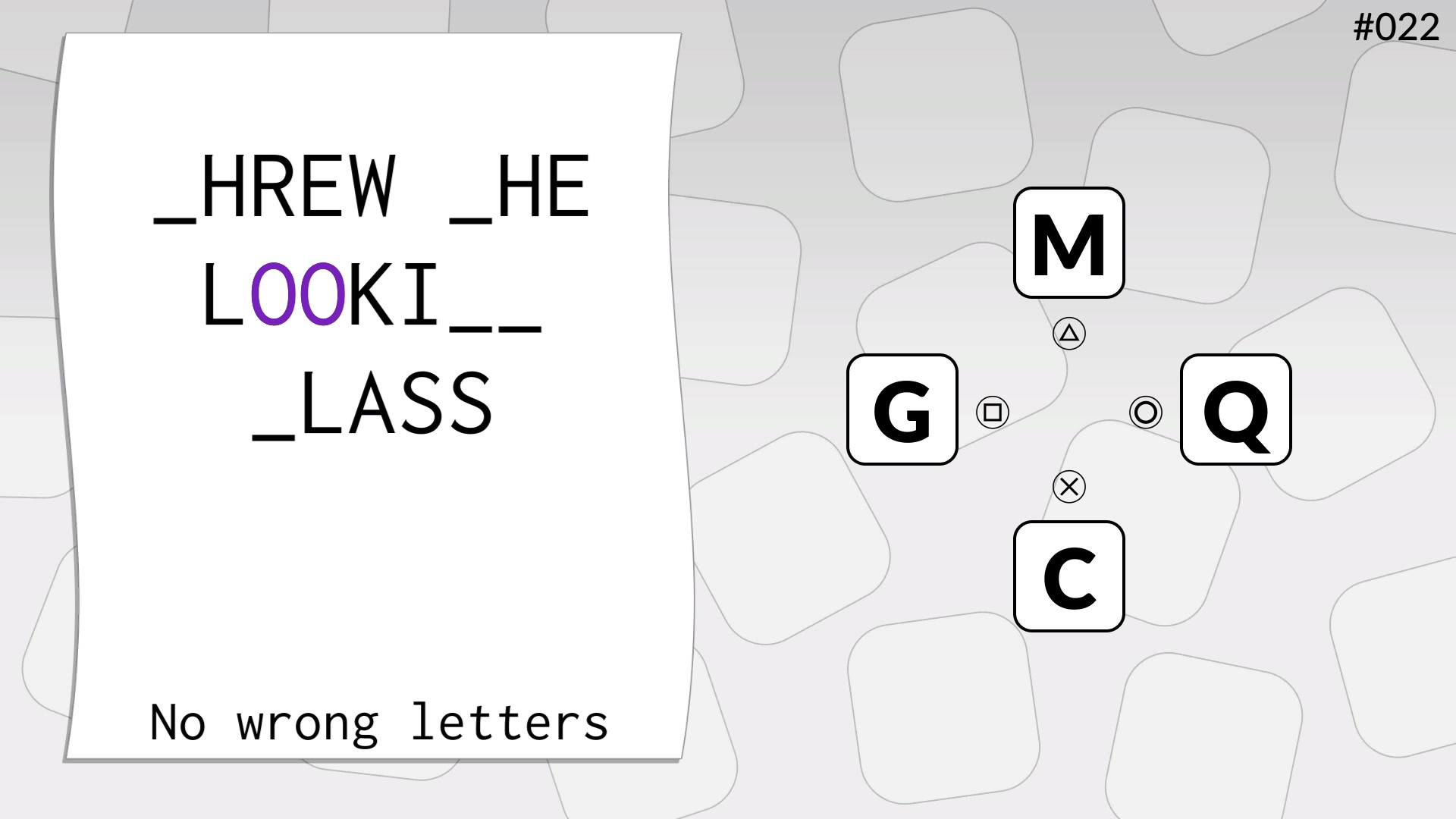 The look and feel of this game is on par with other Powgi games we’ve played in the past. The interface is crisp and intuitive. I recognized many of the background songs, but there was at least one I haven’t before or in a very long time.

If you look forward to the corny jokes and one-liners after solving a puzzle, those won’t be found in this entry. I’m not sure if they ran out of “dad jokes” or got too many complaints. If it’s any consolation, many of the puzzle phrases are silly like “Acceptable Yews Policy”.

The asking price of $7.99 is a fair price for a couple of hours of entertainment. Many of the puzzles took me between thirty seconds and a minute to solve. This is a family-friendly title that can be enjoyed by gamers of all ages.