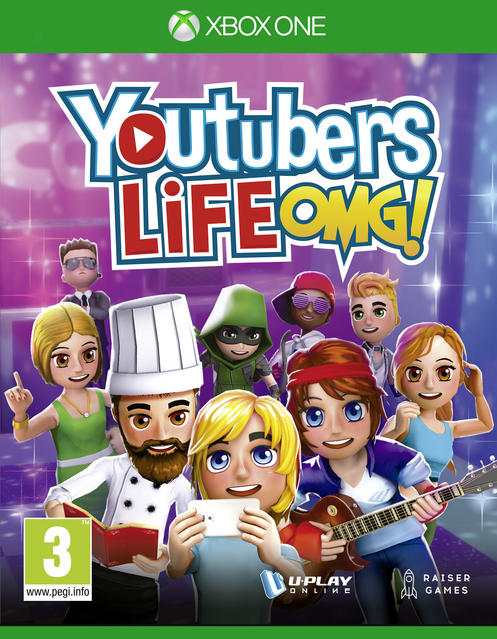 Thank you U-play Online for sending us this game to review!

At church I teach junior high kids and many of them are aspiring YouTubers. Sure, there are people that make millions from it, but many of the creators these days are denied revenue due to lacking enough subscribers or 4,000 hours of watch time. Our own channel does not qualify due to the recently instated watch time requirement.

No matter what size YouTube channel you have, it takes a lot of time and effort to create, edit, and publish successful videos. Youtubers Life doesn’t hold back on the time and dedication required to become the most popular YouTuber in the universe. You start off the game living with your mom and having to balance school, work, and a personal life while trying to upload videos on a regular basis. The types of videos you make depend on your path and as of this review, there are three available: gamer, musician, and chef. More were promised when the game launched in 2016, but there’s no word of them coming as of this review three years later.  If you want to play different paths, you'll need to start a new game for each one.

In order to keep your character happy, they have to have videos posted, be well rested, fed, and social. Every week or so, you’ll be invited to an event, movie or disco with friends. You’ll often meet people there who will commission you to do videos for them. Each job has a time limit and you’ll have to factor in eight to twelve hours of rendering and uploading the videos. On multiple occasions, I failed to deliver on time due to the fact that the video was still uploading to Youtube. As you move out to bigger and better living quarters, your internet speeds will increase (along with the rent!)

Strong Points: Funny plays on company, console, and gaming brands/titles; shows how much work is involved with creating, editing, and posting videos
Weak Points: More channels were promised but have yet to be delivered several years later from the developer; gameplay gets repetitive; typos; glitches
Moral Warnings: Your character can date/marry same-sex characters; references to crossdressing; alcohol and drug references; blaspheming in the title

When you move out of your mom’s house, your character decides to give up school and pursue their dream of being a YouTuber. Instead of exams and classes, you can take focused courses on video editing to hone your skills further. Your computer hardware and recording devices determine the quality of your videos. As you use your computer, it will break on a regular basis so keep some funds available for repairs and upgrades.

When your YouTube subscriber base grows you can earn revenue from it and get invited to events from industry leaders. If you’re in a pinch for money, you can do side jobs that can take between two and eight hours. Some jobs pay better than others so don’t sell yourself short. Later on in the game, you’ll be able to hire partners to do videos on your behalf. You’ll always get the final say before publishing their videos. The same goes for videos that are created by your character in the automated mode.

As a gaming YouTuber, I got to choose what type of video to make. Most of the commissions I took were for first impressions or gameplay videos. As long as the computer is available, you can start to record the video. The recording process will give you different prompts and you can select your reaction based on the charisma cards you have unlocked so far. As you level up, you can unlock more cards and character perks. The cards you choose will add to and/or subtract from different video categories. After several prompts, it’s time to wrap up the video and start editing it. During the editing process you can place the segments in the desired order and add some video effects to them. The rendering and uploading time will be determined by the amount of content and effects added. Sometimes there will be a glitch in the editing process and correcting it will severely drain your character's sleep and food gauges. Sometimes a video will be struck down by YouTube and you’ll have to pay a fine, delete it, or if you’re part of a Network, have them fight on your behalf. 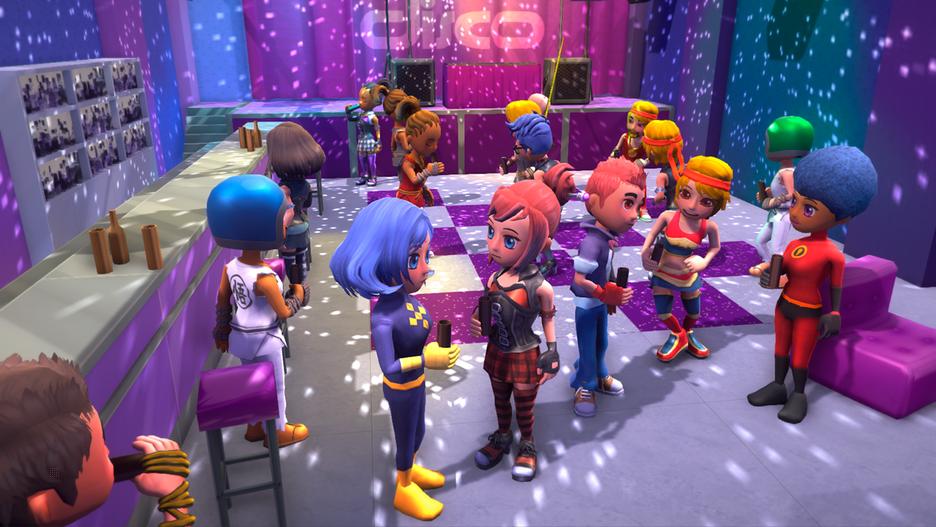 I found company, console, and game names rather humorous in this title. When buying house furniture you can order it online from Idea. One of the games I was sent to review was called Barman Asylum. Along with alcohol references, I saw some game titles that promoted drugs and cross-dressing. Relationships can be pursued with either gender and you can date as many people as you want. When my character got married, the other boyfriend still kept his title/status as such. When you’re in a relationship you can flirt, hug, and kiss your significant other. In a serious relationship you can passionately kiss them (lean back and kiss), but it doesn’t go any further than that.

Unfortunately, this game has its fair share of glitches too. My unscheduled/impromptu wedding interfered with a press event that I was not able to attend and I got an angry response from Mantendo as a result.

The graphics are colorful and characters and environments look decent. The camera can be a little difficult to maneuver at events though. I like that there are some arcade-style mini games to play at gaming conventions.

The voices in in this game is gibberish, but there is plenty of text to read. After a video is published, you can read and moderate the comments. I didn’t notice any foul language, but the ESRB mentions mild language in the rating. I’m not sure what the OMG edition offers other than abbreviated blaspheming.

In the end, Youtubers Life is cute, but grindy. The tediousness may turn off some aspiring YouTubers; they should play this game beforehand to see if they have the patience and drive needed to succeed. I would recommend holding out for a sale before picking this game up. Hopefully the other channel options promised in Early Access will be added someday.