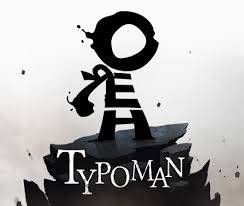 Thank you Brainseed Factory for sending us this game to review!

Typoman Revised is a 2D puzzle platformer that was originally released in 2015 on the Wii U and later came to PC and PS4.  In 2017, the Xbox One was the latest platform to add this game to their library.  For the reasonable price of $12.99, you can set off on a journey to save the world from doom and evil.

The hero is comprised of the letters of the word hero and begins his journey rolling around as the letter O.  As the other letters/body parts are collected, he’ll be able to jump, climb, and swing across the various obstacles in his way.  The last body part to be assimilated is the Hero’s second arm.  Sadly, the enemies keep running off with it and it’s used as incentive to keep going.  A guardian angel like figure gives the hero some hope and initially shields him from danger.  Most of the time, the hero is on his own though and needs both agility and wits to survive the puzzles ahead. 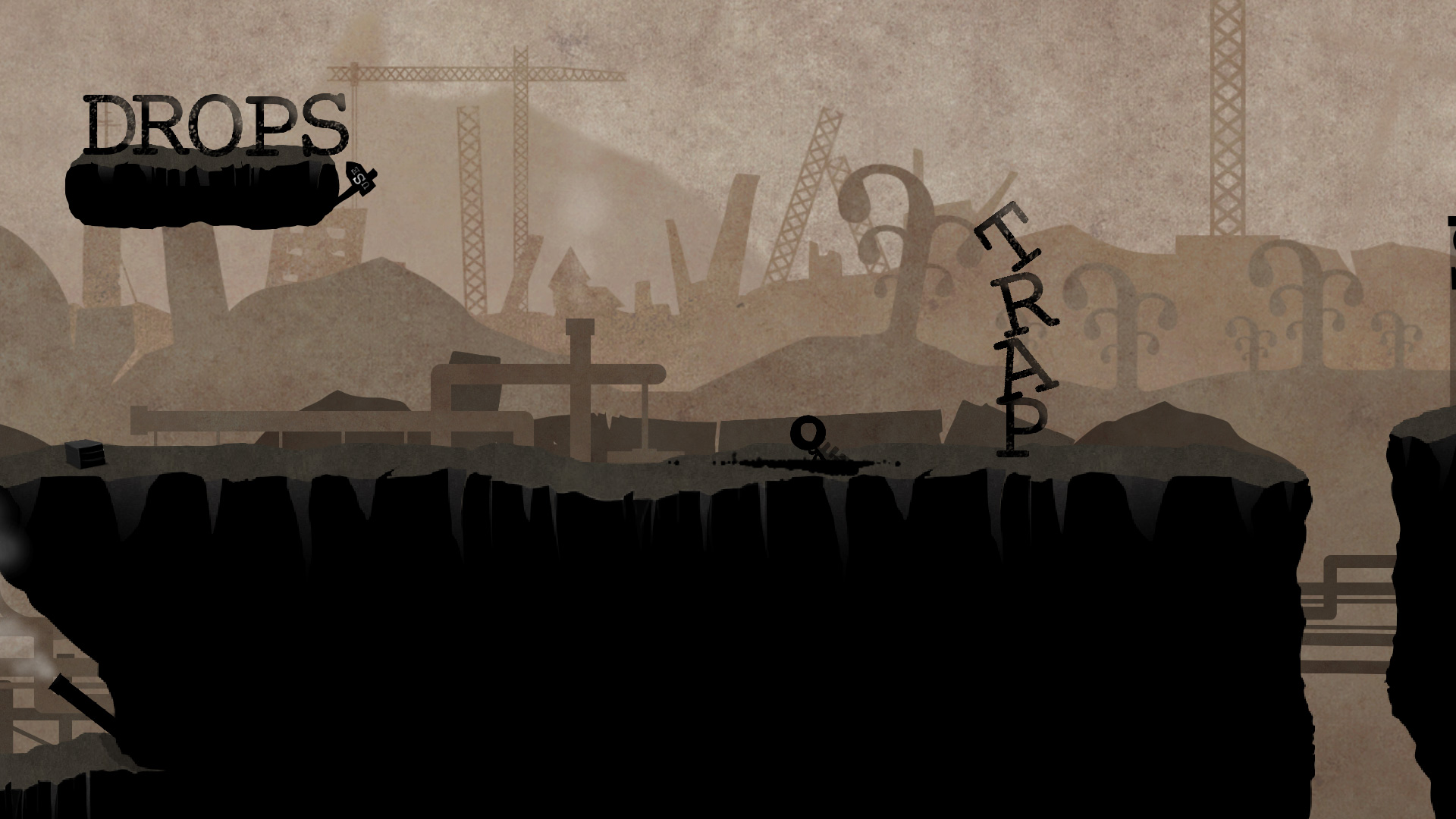 Many of the dangers are words or even letters by themselves.   The spikes the hero will have to avoid are capital As.  The enemies are made up of the words doom, evil, gorge, and so on.  One of the most useful enemies is Lie who you can use to convert words to their antonyms. I love how good truly conquers evil in this game.

While there is a decent amount of platformer gameplay, there are more mind benders than anything.  So many dead ends have to be solved by combining letters and/or unscrambling words to conjure up a solution.  For example, if a door is closed due to a switch being off, you’ll have to build the word “On” to flip the switch.

The levels have a desolate and gloomy feel to them and scattered throughout are quotes of inspiration and hints to help solve upcoming riddles. As you collect quotes, they’ll be displayed in the game’s journal and if you miss some it’s pretty obvious when you read it. 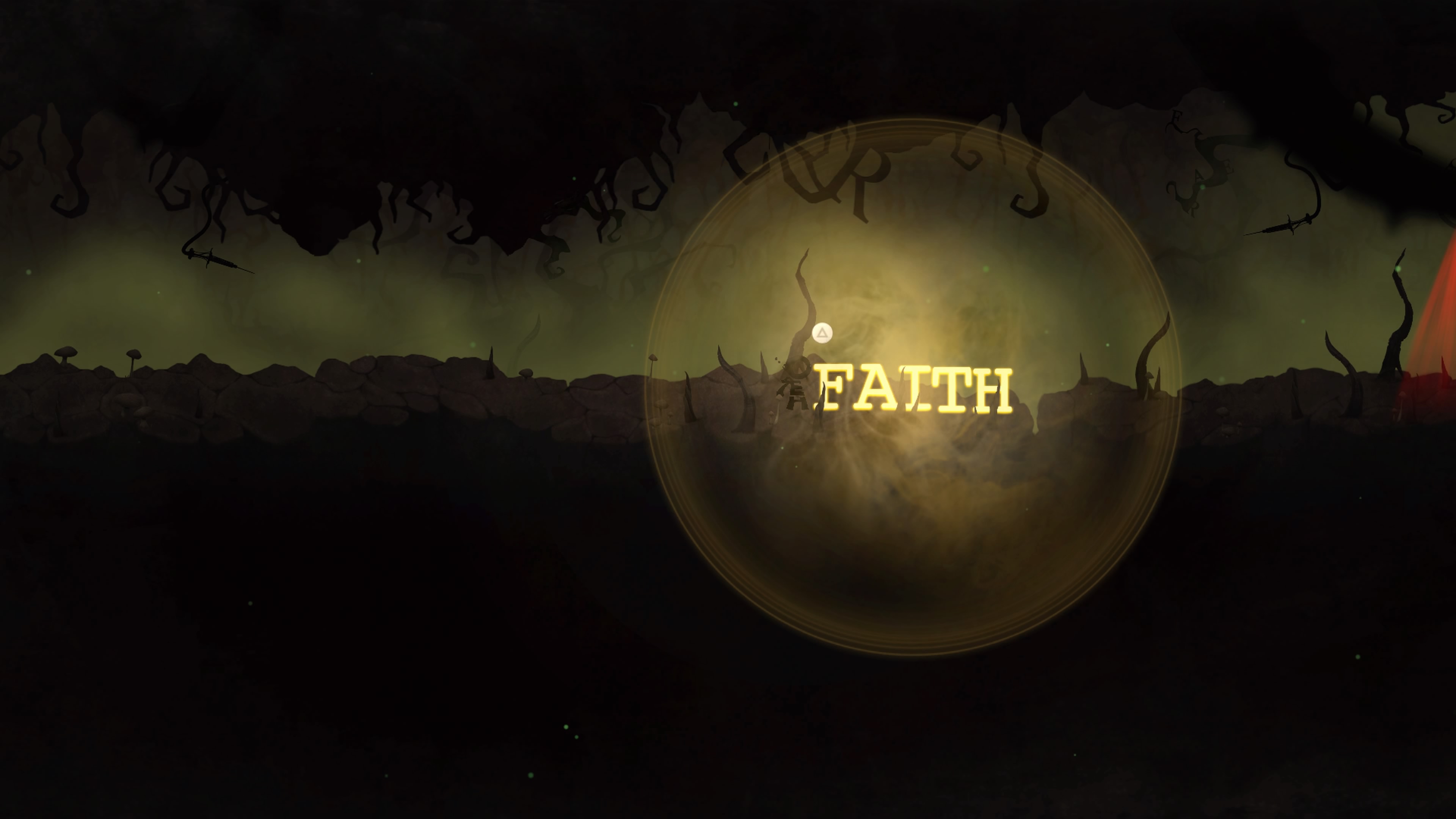 There are lots of ways to die in this title and I’m grateful for the generous amount of checkpoints provided in this game.  Besides spikes, there are stomping blocks, poison gas, fire, electricity, and syringes that will kill you if you’re pricked by them twice.  Since the hero is comprised of letters, his deaths are not bloody and he often disappears with a simple pop or puff of smoke.

In total there are three chapters and the prologue which teaches you the controls and basic gameplay mechanics.  If you’re decent at platformers and word puzzles you should be able to beat this game in a couple of hours.  I’ll be the first to admit that many of the word puzzles stumped me, but there are plenty of helpful YouTube walkthroughs available out there.

If you enjoy platformers and word puzzles you should definitely look into Typoman Revised.  This title is available on many platforms and since I experienced some stutters on my Xbox One Slim, I’d recommend the PC version for better performance.  Given the macabre environment and syringes, I agree with the E10+ rating and recommend this game for slightly older children.