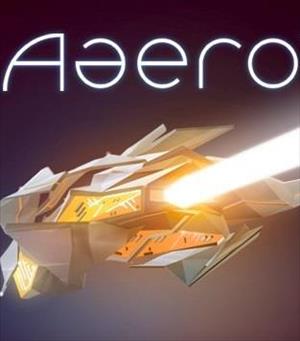 Thank you Mad Fellows Games for sending us a review code of this game!

Earlier this year a successful Kickstarter was launched to bring Aaero to Steam along with its PS4 and Xbox One counterparts.  For a two-man development team, I’m impressed with the outcome and I’m sure that the backers will be pleased with the final product as well, as long as they like dubstep music.

Aaero is a rhythm rail shooter game where you must guide your ship along the music rails when they’re present or else your ship will lose one of its three shields.  These shields are sacred and are not replaceable in the level. When you lose all three you’ll have to start over from the beginning.

Shields can be lost by hitting an obstacle or by sustaining an attack from enemy aircraft.  Some areas of the map are open and you can freely fly, while many areas, including the inside of a giant sand worm, are very cramped with partially blocked pathways.  Sometimes the path closes in on you and you have to quickly steer towards the remaining opening.  Other times there are helpful arrows to let you know which direction to head toward.  Last but not least are the completely cheap deaths/shield depletions from areas closing in on you without any warning whatsoever. 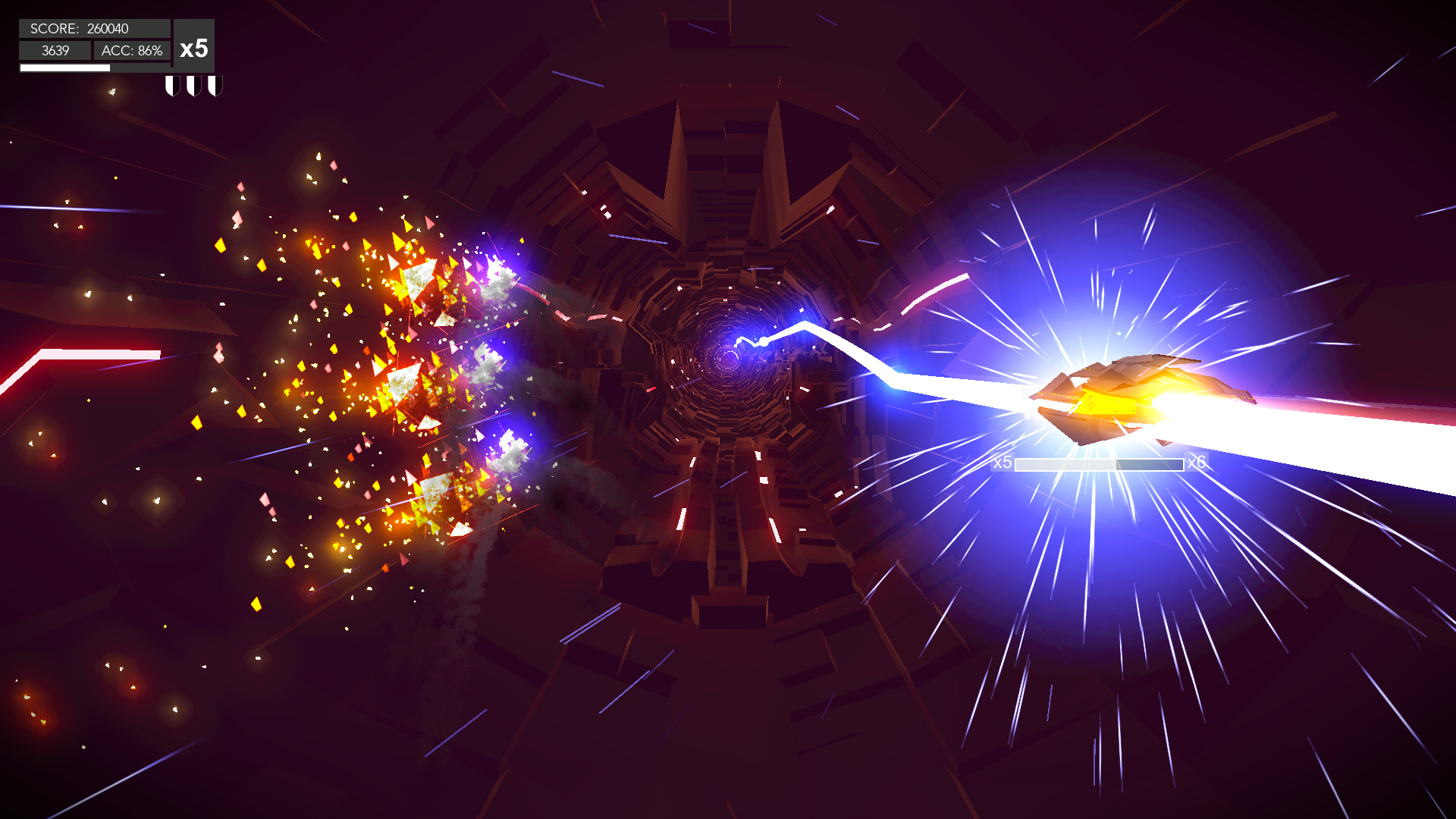 Enemy aircraft and their attacks can be targeted and shot at with the right joystick.  Your ship can shoot several shots at once, which is quite helpful but never enough when multiple enemies lock in on you simultaneously.  If you enjoy boss fights, you’ll be happy to know that there are some in this game.

At the end of each of the fifteen levels, you’ll be scored on the percentage of time you’ve spent on the music rails, how many enemies you have killed, and by how many of the optional targets you have destroyed.  There are online leaderboards to compare your score with everyone else’s and don’t worry, I won’t be much of a threat.  Aside from aiming for higher scores, you’ll also want to unlock the most stars possible for each song since they’re required to unlock other tracks/songs in the game.

While I played on the default/Normal difficulty, there are several more including Advanced, Master, and Chill Out.  You can play Chill Out at any time, but you’ll need to have a 90% completion on the Normal difficulty to play advanced and 100% to enjoy the Master mode. 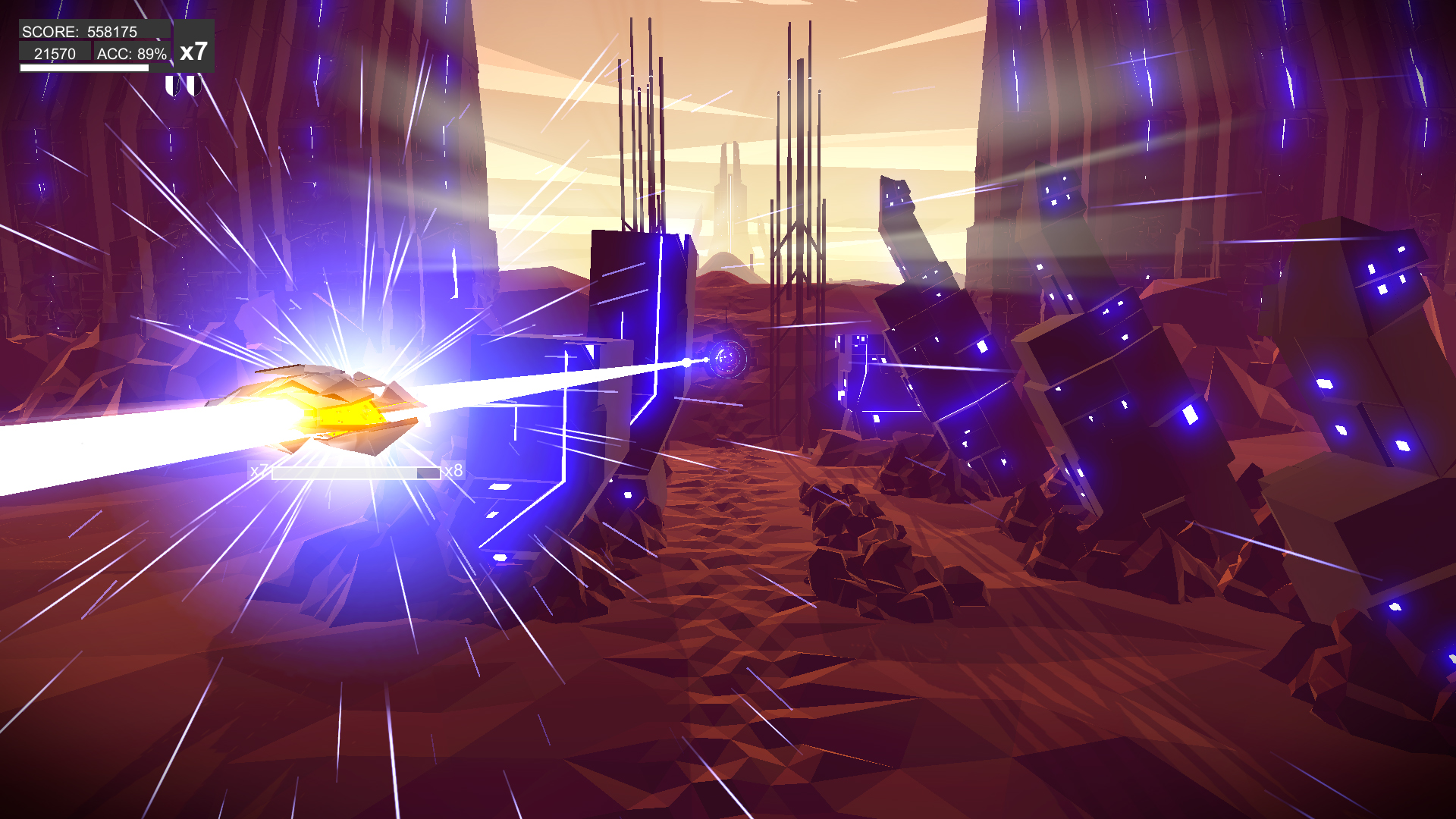 The controls are pretty simple, but mastering this game will take some patience and skill.  The left joystick is required for staying on the music track/ribbon.  I like how parts of the song play and fade away depending on if you’re on the ribbon or not.  The right joystick is for locking in on enemy targets and the trigger fires your weapons at them.  Doing all of this simultaneously while staying on the fluctuating track takes some serious coordination and precision.

It’s no secret that I’m getting older and my hands quickly got tired after playing three or so tracks.  If you can handle more than that in one sitting, count your blessings!  People dealing with carpal tunnel may want to play this game on another platform or skip it altogether.

Other than the first song which got a bit repetitive since it was used for the tutorial as well as first mission, the majority of the game’s music is pretty pretty good... if you like dubstep, that is.  If you don’t like electronic music or dubstep, you’ll probably want to pass on this game.

Since I’m a sucker for music games, I enjoyed Aaero and recommend it to anyone who likes space shooters and rhythm based games.  Other than shooting down spaceships, this game is suitable for pilots of all ages.  I look forward to upcoming titles from Mad Fellows Games.