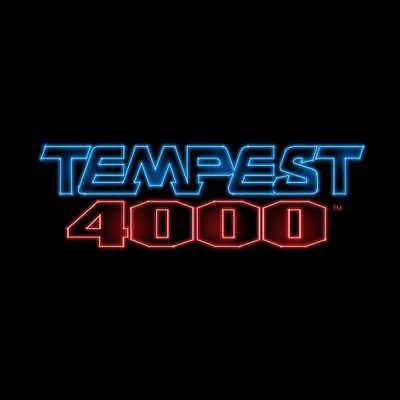 Tempest is one of several famous classic vector-based arcade games from the early 1980s. Vector graphics are really neat because, rather than the modern approach of placing pixels on what is essentially a square grid (not much different than graph paper - it's called rasterization), they were lines that were drawn between two points - perfectly. Modern raster-style graphics have the advantage that it's easier to display much more detail, with the downside that lines often have aliasing artifacts. Vector graphics have no aliasing, but each line drawn is computationally expensive, so everything is generally simple line graphics.

Tempest 4000 uses a near-perfect emulation of vector graphics on modern raster graphics systems. The graphics engine does a wonderful job of making the lines look clean and crisp, and the developers did a fantastic job of making the game faithfully reproduce the iconic look of the classic game. This time, not only is there 4k support (and presumably other high resolutions on PC), but there are significant other upgrades, in the form of new enemies, power-ups, and lots and lots of graphical effects that keeps the action going nearly non-stop.

For those who have never played it, Tempest is a shooting game where you shoot down a tube or other similar polygonal shape with your claw-like ship. The enemies are simple shapes, that, like your claw, can easily go from one column of this shape to another, all the while trying to have you killed. Sometimes, they may shoot a bullet for you to dodge. Most of the time, they simply climb up to the top where you are and try to ram you with themselves, which kills you if they touch you. 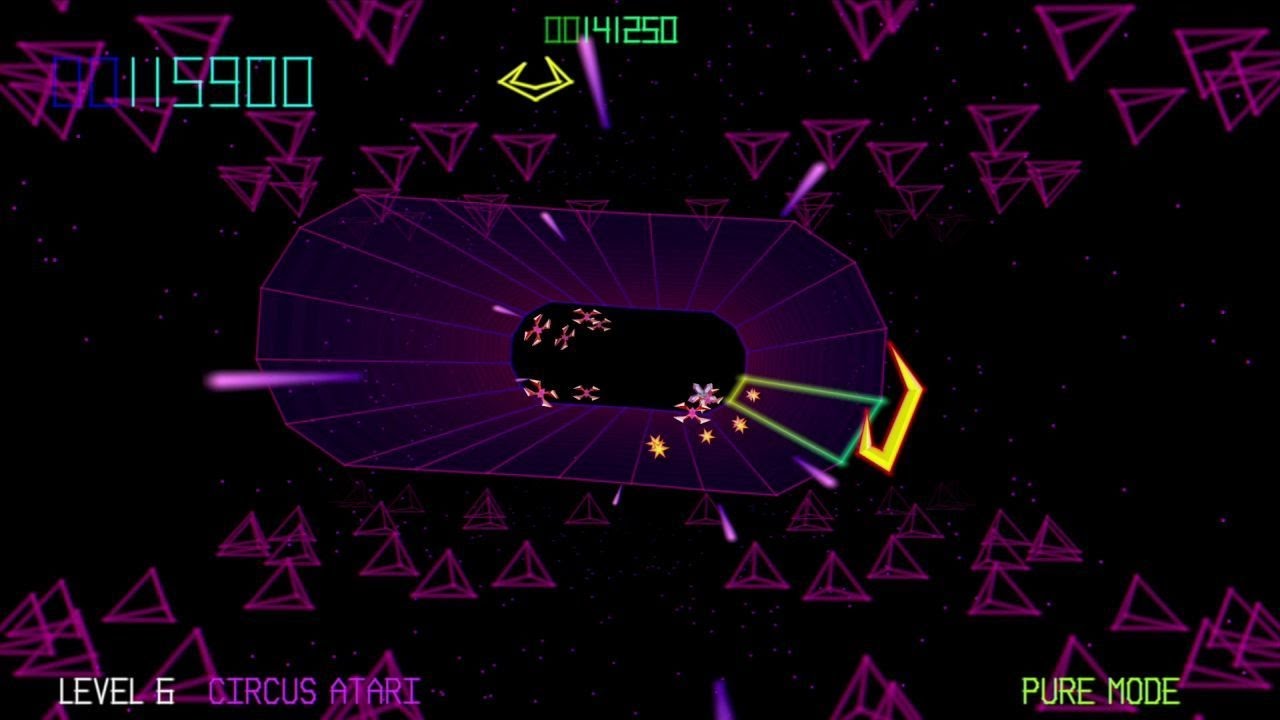 The weapons at your disposal is mostly the simple gun you start with and a single shot of a superzapper that clears the screen, once per level. As you collect power-ups, you can get things like a particle beam, jumping, and the awesome AI Droid. They really come in handy, and can help you survive much longer – though sadly, you lose power-ups in between levels, so you have to earn them again each time.

And you will often wish you did have them, because like most classic arcade games (or those based on them), it is quite hard. There are one hundred levels in Tempest 4000, and I have only seen a bit more than a tenth of them. They quickly get very difficult – only the most highly skilled (or practiced) can hope to reach the end. That’s not to say it’s not worth trying – it’s quite a bit of fun, and if you have any penchant for classic-style shoot ‘em ups, then it’s hard not to recommend Tempest 4000.

The Xbox One version gets an easy recommendation. The only supported control scheme is the controller, and what you need to play is listed in the controls menu, though the description on how to ‘lean’, by pressing the LT button, is conspicuously absent from the instructions. But knowing about it is absolutely essential for some of the more challenging levels. It’s strange that they would leave this out. Other than that, the Xbox One version runs wonderfully.

When Atari asked me earlier this week (as of this writing) how my review was coming along, I explained that I was out traveling on business and that I wouldn’t be able to check out the game until the weekend at the earliest. I did point out that I had my gaming laptop with me, and if they wanted to send me the Steam version, I could look at it sooner. They graciously sent me that code as well, so I am happy to say that I can compare and contrast the two now.

On the surface, the two versions of the game are basically identical. If your PC configuration happens to match what the developer is looking for, your experience will be largely the same, and honestly, with the lower price, is an easy recommendation. But there are a few gotchas with the Windows PC version as it stands right now. I certainly hope that they fix the issues soon. 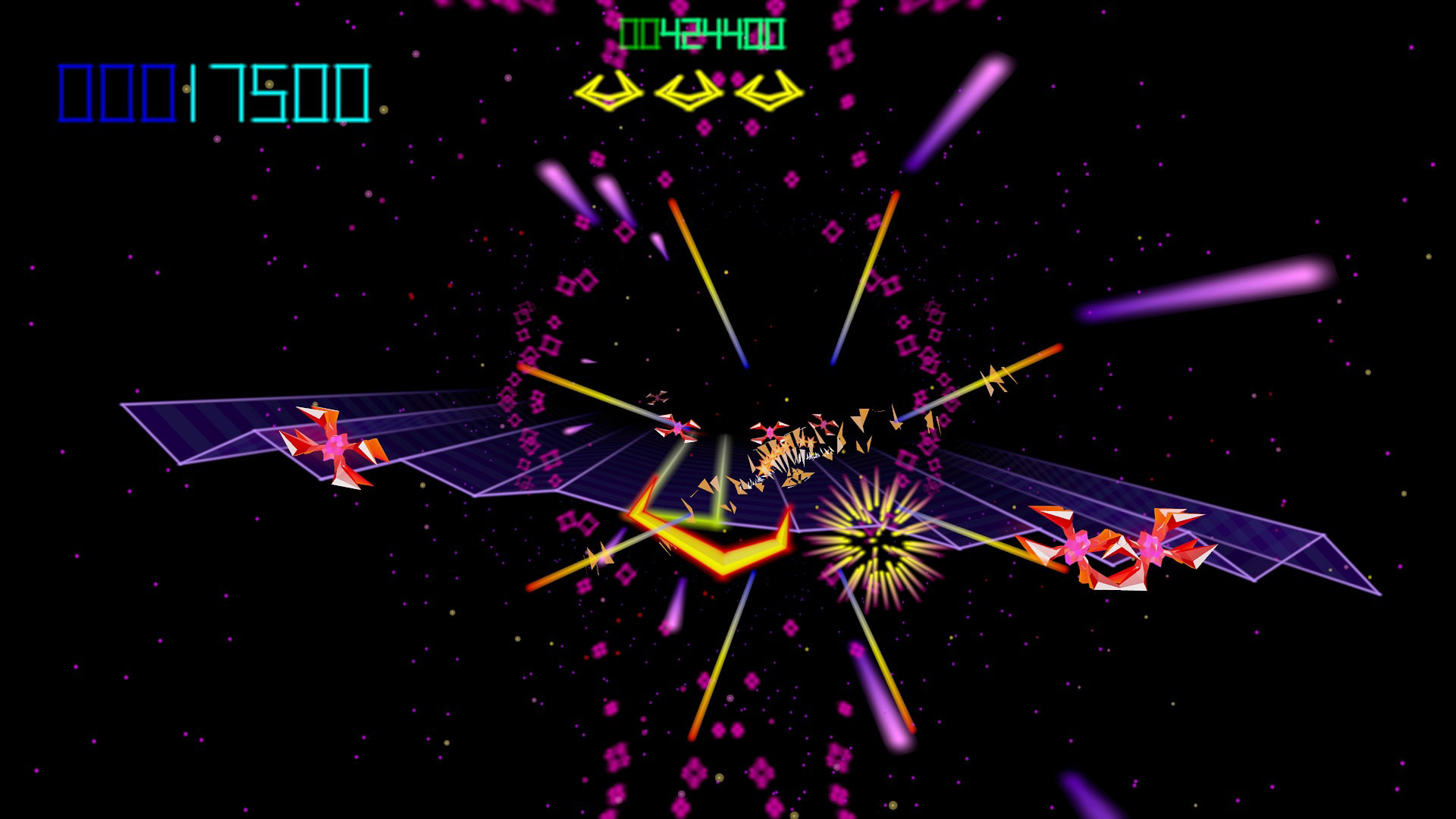 I have tried it on two computers; one is my GPD Win 2, and the other is my MSI gaming laptop. Both actually ran the game really well, but also exposed different bugs. First of all, the Intel video on the GPD Win 2 does not display all items on the screen. The power-ups are a green shadow – no icons are visible. Many of the text descriptions are also not visible in the levels – the menus are fine. The scores that can be seen in the little interlude between levels also cannot be seen. It’s nothing game breaking, but it is annoying.

On my NVIDIA GTX 1070 laptop, it was actually far worse. First of all, the Atari logo intro movie actually locked up the game. I found on a forum that renaming or deleting this file simply skips it on startup, and gets around this issue. It does, and I’m grateful. But that wasn’t enough. There is a bug where if your refresh rate is higher than 60, or if you use G-Sync or FreeSync, the game runs too fast to be playable. Even though my monitor is current a fixed-rate 60Hz, I did have fast sync on – so I had to go into my NVIDIA control panel and force the game to disable G-Sync and force V-Sync to be on. With these two things done, the game plays great – just as great as the Xbox One version.

Having found workarounds for my issues, the only remaining issue with the PC version is absolutely no documentation for the keyboard controls. As I was poking around in the game files, you can imagine my shock when I found a Readme.txt file sitting in there! I haven’t looked through a Readme since the early 2000s! Anyway, after reading through that, the instructions for the keyboard controls are in there. Sadly, controls are not customizable at all, on either keyboard or gamepad. Thankfully, they gamepad controls are pretty reasonable, and most PC gamers are pretty used to using gamepads on their PCs nowadays.

Tempest 4000 is a really fun remake of a retro arcade classic. If you like fast-paced arcade-style games, or ever enjoyed the classic Tempest, then it’s really a no-brainer – pick up this game; you are sure to enjoy it. With the excellent music, sometimes trippy visuals, and time-tested gameplay, I am sure even the younger crowd will find something to enjoy in Tempest 4000. I just hope that the higher price (especially on consoles) doesn’t keep too many people away from what is otherwise an excellent game.