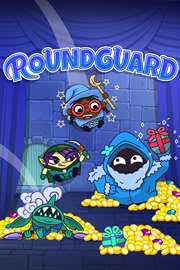 Thank you Quantum Astrophysicists Guild for sending us this game to review!

Peggle is a classic pinball style game where you get to see and aim the trajectory of the pinball you’ll be launching. Roundguard takes that gameplay style and wraps it into a dungeon crawler with randomized levels. By simply making contact with enemies you'll do damage to them, but additional pain can be dished out by using your hero's abilities.

The default game mode is called “The Big Show” and your quest is to rescue the king who has been swallowed up by a huge monster (that you have to slay!). Throughout the three acts, you’ll have to gather up as much gold as possible and defeat numerous monsters and a few mini-bosses. Once you complete this game mode, you’ll unlock daily challenges and weekly competitions. While there is no online play, you can compare your score against others online through the leaderboards. The majority of your score is determined by how much gold has been collected on your journey.

There are three different characters you can play as and they each have their own unique fighting style and abilities. The warrior is the easiest to play as since he has the most starting health. Along with his attacks he can stun enemies with his ability to tell bad jokes. The rogue’s double-jump ability is quite handy, though it takes a little time to master. Lastly, the wizard is weak physically, but she can cast lightning, entrap the enemies in bubbles, and throw explosive frogs.

Strong Points: Fun gameplay with randomized levels; you can compare your score against others on the leaderboards
Weak Points: A little pricey but there's a lot of replayability
Moral Warnings: Magic and use of necromancy; undead monsters; violence; blood

Sometimes you’ll have to switch up your fighting style because the enemies have invulnerabilities. At the beginning of each level you’ll start with aiming your character and you’ll see the trajectory of their first impact. You can strike an enemy, a pot of gold, treasure chest, or a potion. Many levels have jars of poison that you’ll want to avoid if possible. True to the Peggle-style gameplay, there’s a cushion that floats above the spikes and it goes back and forth on the bottom of the level. Ideally, you’ll want your character to land on that otherwise they’ll take some damage to their health. Although I have had my character’s health fully depleted, they often bounced into some potion before they stopped moving and stayed in the game.

Once all of the enemies are defeated you’ll get one more launch to gather up more gold or potions to restore your health or mana before falling into one of the pots at the bottom of the level. Sometimes the pots will have loot like weapons, spells/abilities, or armor. The direction your character goes on the map is also determined by with pot they land in.

For The Big Show mode, the dungeon layout will be randomized every time you play it. If you make it to the bottom and save the king you’ll earn a relic which can be used to modify future playthroughs. For example, you can increase the game difficulty by having fewer potions available in the levels or you can make the game easier by offering more of them by activating certain relics. Another relic called Brilliance will give your character more mana and increase the availability of mana potions, but you'll permanently lose one mana point per turn while you have that relic activated.

Throughout your journey you’ll be given challenges/quests by enemies and allies alike and if you complete them, you’ll be rewarded with some nice loot. Some of the quests have time limits and others are open ended. There doesn’t seem to be any penalty for failing a challenge other than missing out on its reward. 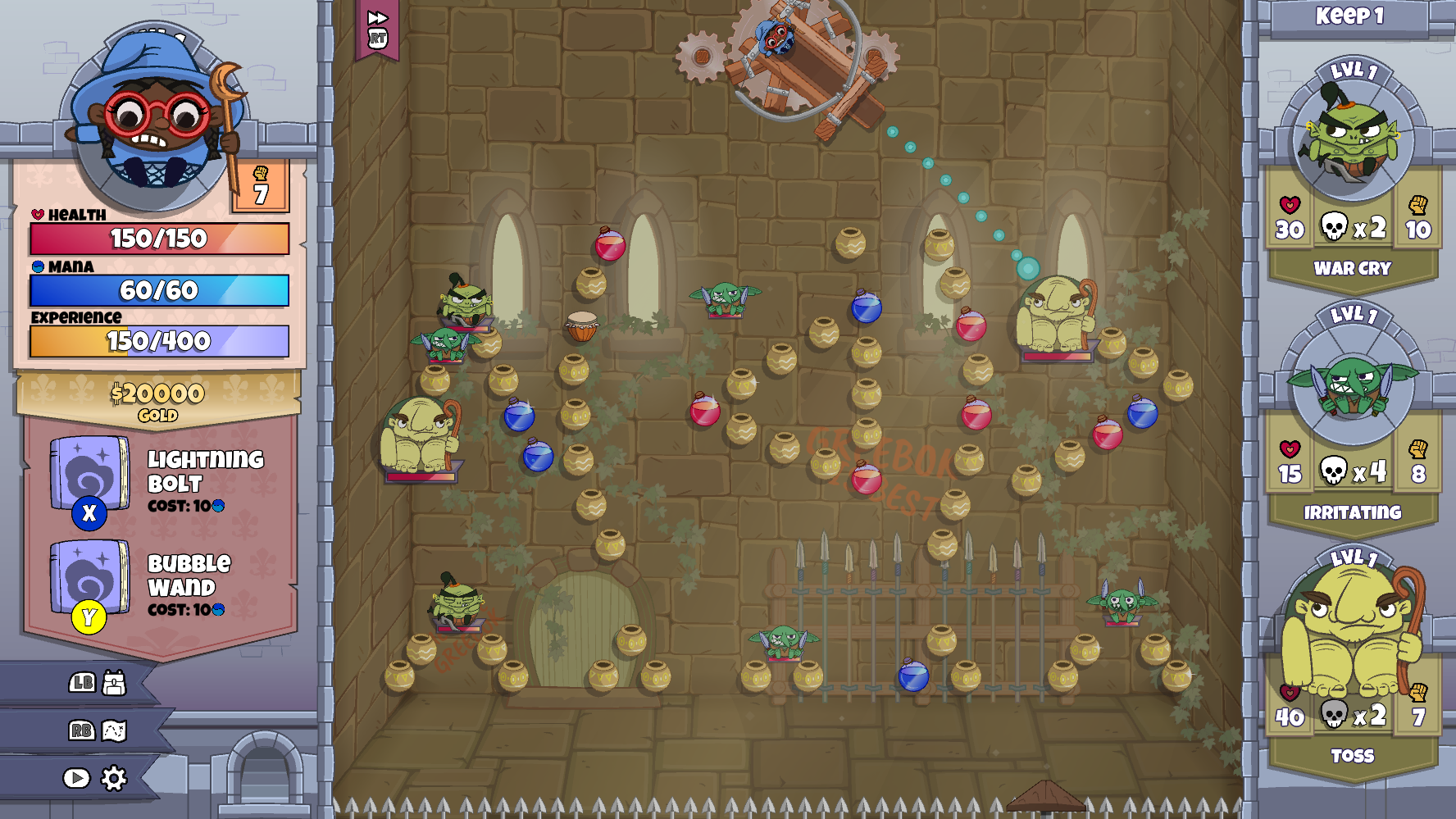 Visually, Rounguard is very colorful and there is a lot of variety in the levels and monsters within. There are only a handful of bosses, but there are plenty of underlings to study and learn their weaknesses.

The voice acting is minimal with grunts and other silly noises. However, the dialogue is funny. The background music is pleasant to listen to, but not memorable.

Roundguard is pretty tame morally, but there are some undead monsters and they often have the ability to resurrect fallen skeletons. The wizard character primarily uses magic attacks. Cartoon violence occurs, but it’s not super bloody.

If you enjoy Peggle, dungeon crawlers, or pinball you will want to keep an eye out on sales for Roundguard. I have seen it 50% off on Steam and on the Play Station store. Between the daily/weekly challenges and the relic modifiers there’s enough content to keep you busy for a while.