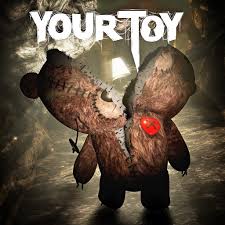 Thank you Viva Games for sending us a review code!

A few years ago, I was invited to a birthday party that took place in an escape room. If you enjoy those kind of experiences with a giant killer teddy bear chasing you, you’ll love Your Toy. If you’re not a fan of horror games, you’ll want give this title a pass.

When you first launch the game, you’ll be told that toys have souls and they live on in your heart long after being discarded. Unfortunately, the text flashes by so quickly in this game with no option to pause. You’ll have to be a fast reader or pause YouTube playthroughs to get a better glimpse. The puzzles are rather obscure so I highly recommend a walkthrough if you get stuck. Many of the puzzles you can solve at your leisure, but there are some timed ones that may raise your blood pressure a bit.

Your first order of business is to figure out how to get out of a bathroom stall, but before you do that, be sure to look around it. The cell phone on the floor will come in handy as a flash light and the toilet paper roll has some important combinations written on it. Once you flush the toilet enough times to unlock the door your next task will be to escape the bathroom. From then on, the puzzle solutions get more unconventional.

Before you leave the bathroom, you’ll encounter a creepy teddy bear that wants to give you deadly hugs. Pressing the right button displayed on the screen a few times will usually allow you to survive the ordeal. If you die, you’re at the mercy of the last automated check point and some of the randomized puzzles will be shuffled around.

If you use a walkthrough or are good at these kind of games, you can expect a couple of hours of entertainment. Other than unlocking the achievements, there is little replay value. 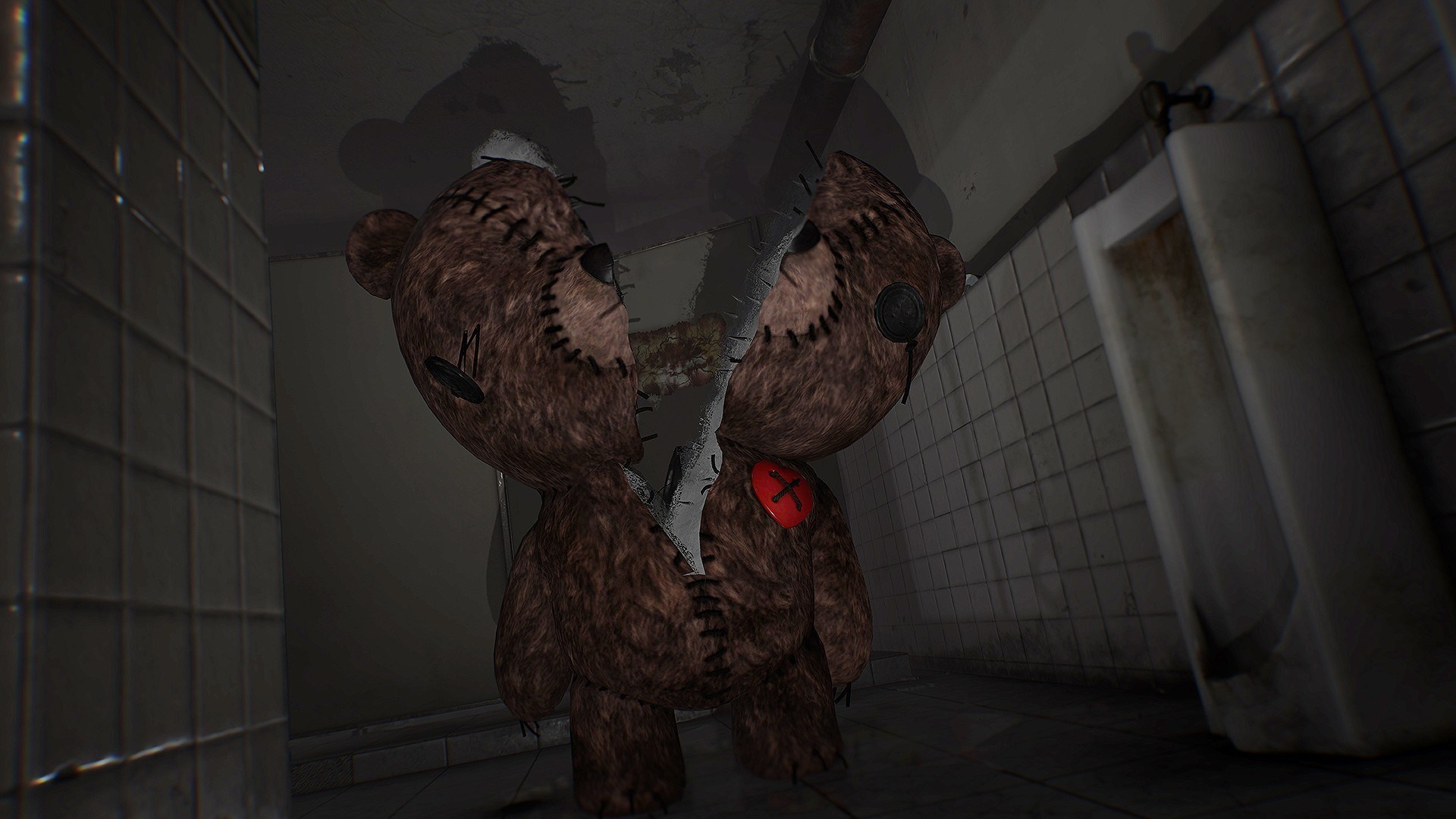 Visually, this game is quite impressive with its detailed environments. There are only three locations, but they’re all textured nicely and gritty enough to look creepy as intended.

The background sound effects are well done and quite eerie. Between the clock ticking sound of the evil teddy bear and the thunderstorm happening in the game, I was on the edge of my seat while playing this game.

There are a few moral issues worth noting. Blood is unavoidable and there are several instances of it appearing in the bathroom. The teddy bear is not happy with you and doesn’t want to give you an affectionate hug. You’ll get a few text messages from the teddy bear and one of them calls your character an *sshole.

I ran into a few glitches while playing this game. There’s a cave tunnel section with lights that you have to smash with a hammer. I had to load my game a couples of times in an attempt to find the key hidden in these lights and another time I couldn’t trigger the ability to use the hammer to knock down a pile of rocks to advance to the next area. The quick time event controls for escaping the clutches of the evil bear were not always accurate.

In the end, I’m still convinced that I’m not a fan of horror games. The ending was interesting, but the gameplay itself was confusing and often a chore to get through. Given that it’s short I recommend holding out on a sale before picking this game up.