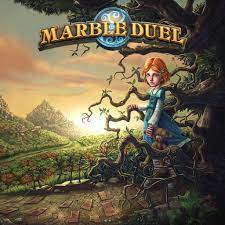 Thank you HeroCraft for sending us this game to review!

Marble Duel dates back to 2013 according to reviews on BigFishGames. This title arrived on Steam in 2015 and on mobile devices a year later. The PlayStation store added this game in 2018 and Xbox players can now join in on the fun in 2021. The mobile versions are free to play with in-app purchases. The console versions are $9.99 and the Steam version is the most expensive at $14.99.

The main character in Marble Duel is a ten-year-old orphaned girl named Evy. Upon seeing her wardrobe illuminate at night, she walks into it and arrives at a fairy forest. Though Evy quickly befriends a boy named Hyld, she encounters many enemies that challenge her in sphere battles. Lucky for her, she quickly learns how to wield them and is accused of being a witch because of her skills. The resident witch of the world takes note of her abilities and sends various minions at Evy in an attempt to stop her.

Marble Duel is a marble popper game where you have to shoot matching colored marbles to break apart chains of three or more. The various colored marbles have different abilities. Blue marbles will charge up a shield to absorb incoming attacks from red marbles. Green marbles will restore health and purple marbles charge up your next attack. Many levels have white marbles, but they seem to be just placeholders. Towards the end of the game you’ll encounter deadly exploding marbles.

Depending on how many turns or how long it takes to complete a level, you’ll be awarded between one and three stars. The more stars you get, the more points you’ll earn for upgrading your stats like life, attack, healing, defense, and more.

There are over one hundred levels with various challenges that have different fighting tactics. Sometimes they use ability power-ups before the battle so be careful when they do! At every tenth level, you’ll have to stop one or (usually) more expanding rings from touching nearby portals. When you have to prevent multiple rings from touching the portals, things get challenging quickly! 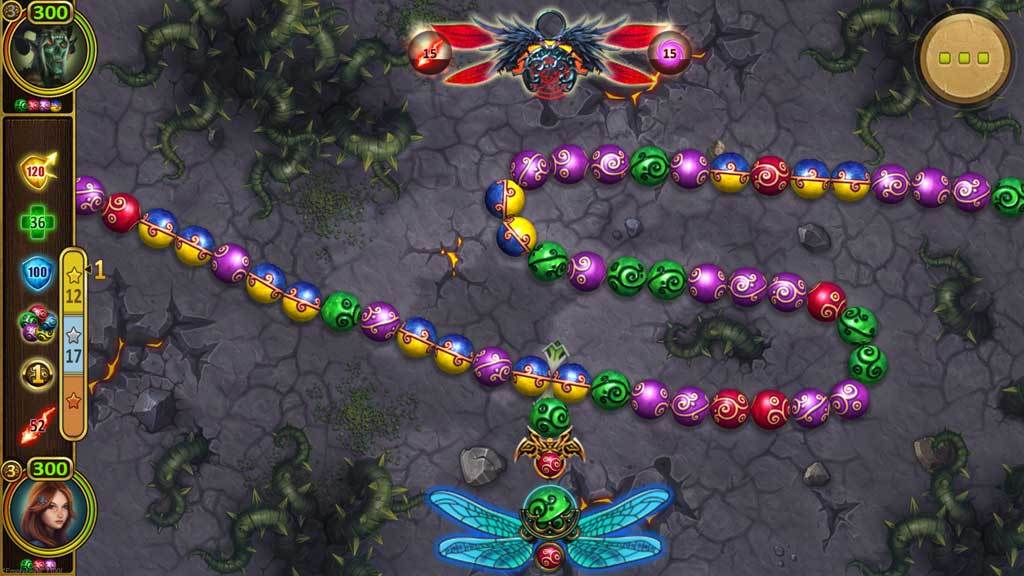 Marble Duel plays and looks very much like a mobile game. I was shocked to find that it originated on PC. The hand-drawn visuals are eye-catching and look very nice. Many of the enemies are grotesque looking and one of the earlier ones is pictured with a cigar in his mouth.

The voice acting is well done in the game. Unfortunately, there is some minor language (d*mn) in the dialogue. Other issues worth noting are implied violence and magic use.

With so many versions available at different price points it’s hard to make a solid recommendation. Why pay $10-15 for the console and PC versions when the mobile app is free to play? If you’re not a fan of in-app purchases, the $9.99 console edition is worth considering if you like marble popping games.