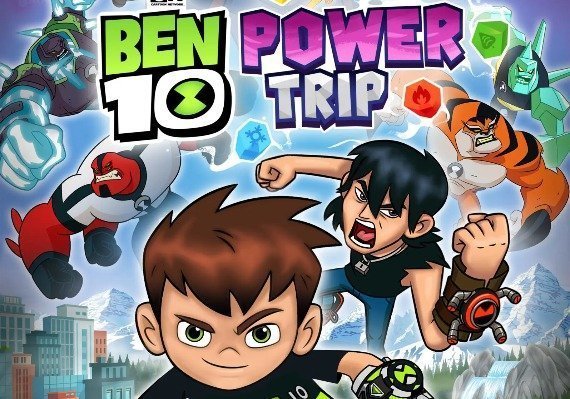 Ben Tennyson is on a European vacation with his grandfather, Max, and cousin, Gwen. A true hero can never relax, and that’s what happens to Ben as he’s called into action to stop Hex from activating four power crystals for nefarious purposes. Hex is a powerful wizard and buys himself some time by casting Ben’s alien helpers into void realms. In order to defeat Hex, Ben must locate and transform into his alien counterparts.

This 3D adventure game’s story is broken down into three areas and there are several side quests that can be completed at any time, even after you finish the campaign! The journal will keep track of your accepted quests and the on-screen compass will let you know where the next objective is located.

As Ben completes requests, he’ll earn money which can be used to purchase stat enhancers and level upgrades. Coins are also scattered throughout the world and defeated enemies drop money too. During Ben’s travels, he’ll come across enemy strongholds. They are often protecting a void crystal. If he conquers all of the guardians and smashes the crystal, he’ll earn a good chunk of experience that will often level him up. With each level gained, Ben can increase his power, defense, or luck attributes.

Strong Points: Neat powers to utilize; plenty of side quests to complete before, during, or after the main story quests
Weak Points: The city and surrounding areas don’t have many people and feel devoid of life
Moral Warnings: Cartoon violence; Ben gets his abilities from aliens; the villain Hex uses magic; Ben must consult with a fortune teller to progress the story

This is an open world game and Ben can walk, ride his scooter, or use alien abilities to move around quickly. Quick travel points have to be discovered before they can be utilized. The fast travel areas appear as camping sites with grandpa Max, Gwen, and Kevin hanging around the RV dubbed Rustbucket.

Each of the three main story quests has several smaller quests in it that have to be completed. As mundane as those quests are, they usually aid in Ben reuniting with his alien counterparts. Here’s a breakdown of the six available aliens in this game and their abilities:

Diamondhead – This alien is pretty tough and is strong against physical attacks. His useful skill is creating bridges from thin air to slide along.
Four Arms – As his name suggests, he has four powerful arms that are great for punching enemies and breaking through weak walls. He can also move around heavy boulders that may be blocking Ben’s path.
Heatblast – This fiery alien can shoot flame streams and can jump higher than the rest
Rath – This big tiger-like alien can sniff out scent trails and rock climb. He can also swing and hop along wooden posts.
Shock Rock – Overcharging electrical machinery is his specialty. He can also swing between light posts.
XLR8 – This fast alien can slide along electric wires and is great for traveling around quickly.

Ben 10: Power Trip supports cooperative play with Kevin who has his own set of aliens at his beck and call. Since I haven’t played multiplayer, I can’t comment on it but here’s a quick list of the aliens available to Kevin: Hot Shot, Quad Smack, Rush, Crystalfist, Bashmouth, and Thornblade. 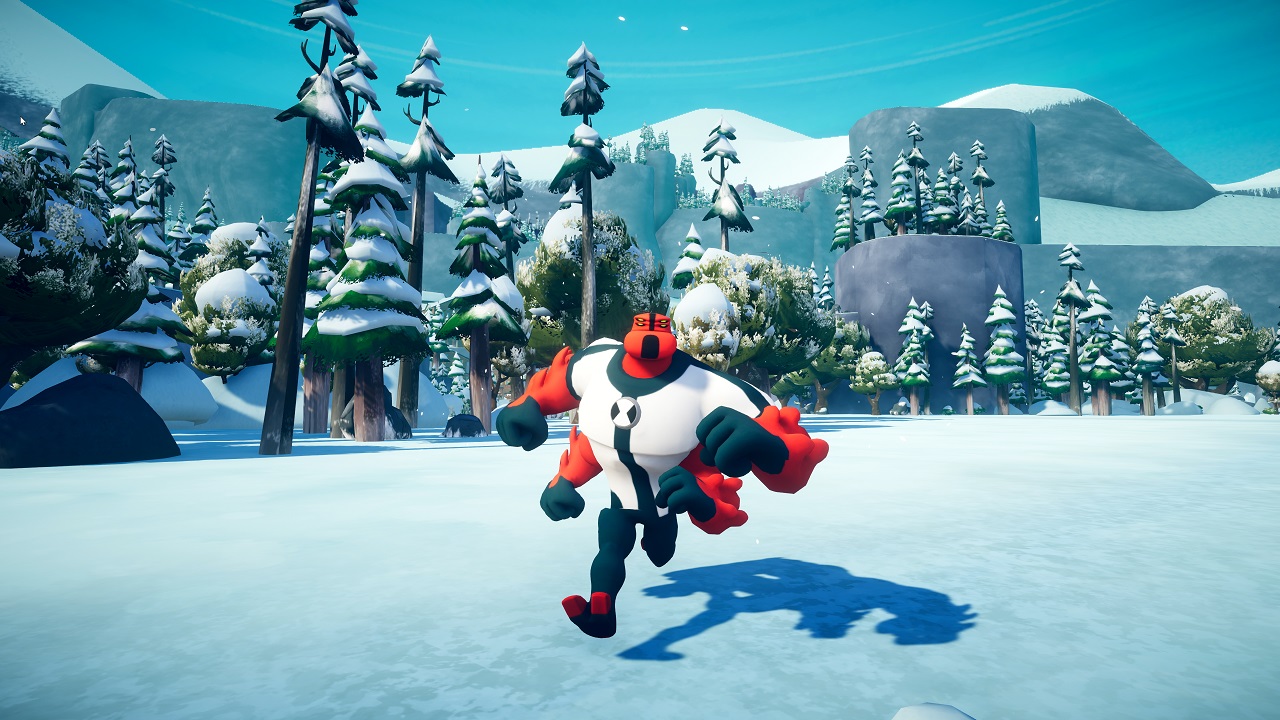 Many areas are only accessible with certain alien abilities. Each of the main story quests can be completed with the two unlocked aliens in that area, however there are trinkets and unlockables available if you re-visit the section with other aliens you acquire later in the game.

There are some puzzles and they’re pretty easy to solve which shouldn’t challenge younger gamers too much. The enemies are also forgiving. The tougher brutes can only be damaged from behind. I found that roasting them with flames also works, but takes a lot longer! If you die during a boss battle you will respawn, with their health bar at the point you left it.

Visually, this game is colorful and nicely designed. This is an open world game but it’s a little too open and feels empty at times, especially in the city areas where you would expect more people to be out and about. The voice acting is well done, but character lips don’t always sync up or move at all. The background music and sound effects are good too.

This game is pretty clean, but there are some moral issues worth noting. Cartoon violence is a given, but there is no blood. Hex is an evil wizard who will use his magic powers against Ben. In order to defeat Hex, Ben will have to transform into aliens and use their powers. Several visits to a fortune teller is also needed to complete the main story.

Older gamers may not get much out of a challenge out of this game, but it’s perfectly suited for younger audiences. Fans of the Ben 10 franchise will probably enjoy this family-friendly entry.