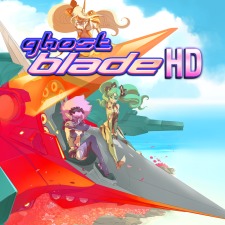 Thank you Beefjack for sending us a review code!

When you first launch Ghost Blade HD, you get to select a single or local multiplayer game and a ship, and then start shooting things and dodging hundreds of bullets.  If you want to find a reason for blowing stuff up, you’ll need to head over to the website since it’s nowhere to be found in the game.

Since we've been to the game's website already, we'll share a quick recap of the story.  Roughly 10,000 years ago an artificial intelligence called Shira was built to protect Mars.  Unfortunately, the AI became corrupt and began attacking the colonies.  Since the colonies are defenseless, they call for help from the Earth Defense Force fleet.  As “Evil Shira” launches an invasion force and sets its sights on ruling the galaxy, it up to the bravest fighter pilot (you) to stop it.

There are three ships to choose from and each of them has a different shooting style that gets more and more powerful as you collect power-ups.  When fully upgraded, many of the attacks can spray bullets canvasing half of the screen or more.  Firing bullets and automatically dropping bombs is easy enough; the real challenge is dodging the enemy bullets, missiles, and laser beams simultaneously. 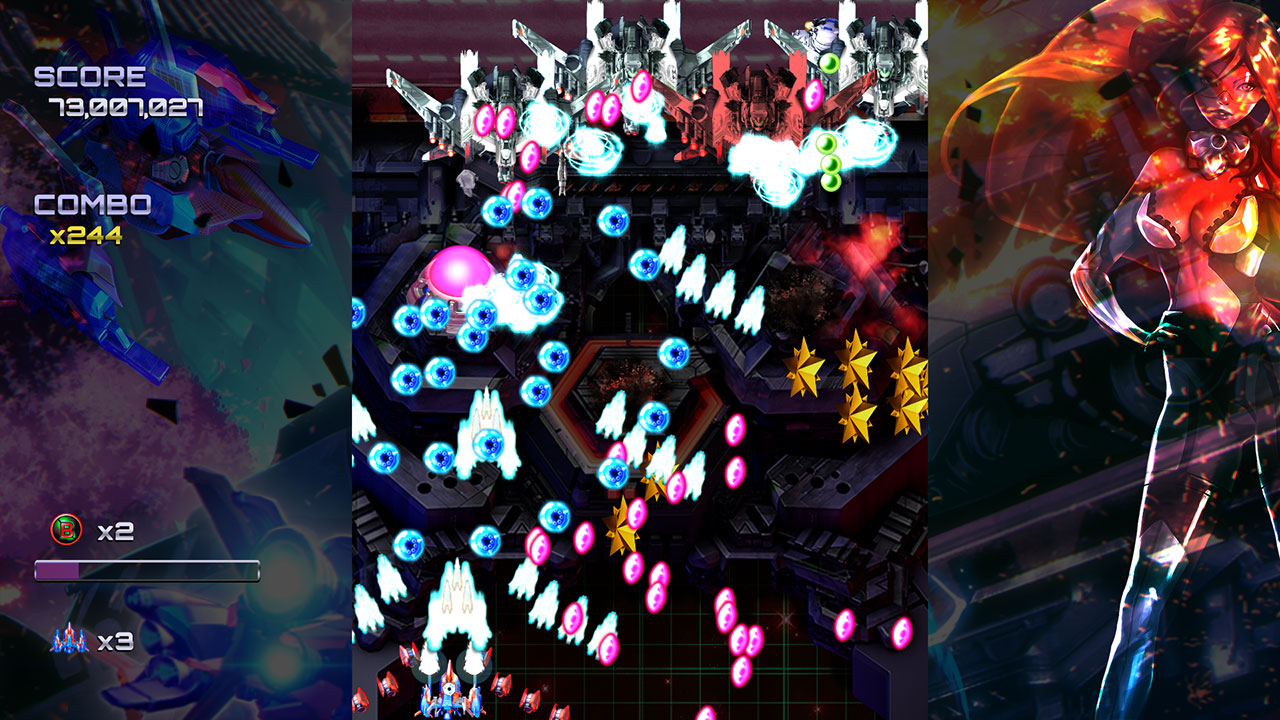 Your ship has a tiny vulnerable spot that should be guarded at all costs.  When hit, your ship will either auto-deploy a bomb and clear away all of the enemy fire, or it may subtract a life.  There are lives and credits; while lives can be replenished in game, credits never are.  When you run out of lives, you can continue at the cost of a credit and after you use all of them up, it’s game over.  Once your game ends, you can add your name to the online leaderboards.

Even though I got further than my brother, he still has the number one score on the easy difficulty.  Combos really pay off in points.  The leaderboards are separated by the three difficulties and I have the number one spot on normal.  Since beating the first boss was challenging enough for me on normal, I haven’t attempted the hardest difficulty yet.

There are five levels in total and each of them ends with a monstrous boss that needs to be defeated in ninety seconds or less.  If you beat the game, you can try again at a harder difficulty or with a different ship to get some more replayability.  Depending on how you good you are at shoot ‘em ups, you may beat this game on your first sitting.  (I didn’t.) 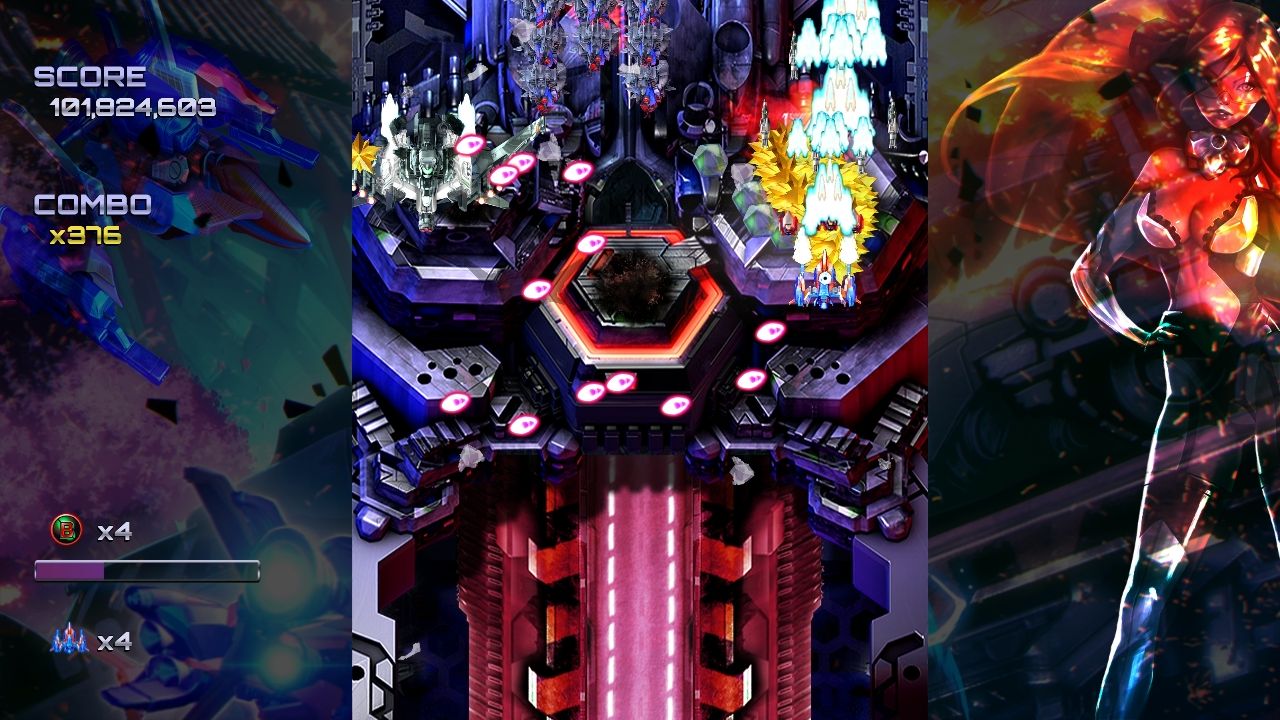 There are thirty-seven achievements if you’re into those.  In order to get them all, you’ll have to pilot each of the ships.  The Xbox controls are simple enough with a joystick to move and pressing the A button to fire.  The X button unleashes a more powerful attack.

Since you’ll be shooting down enemy ships, there is some violence.  Each ship has a bathing suit clad woman representing them.  I am assuming they are the pilot, and if so, they sure have revealing flight gear.  Other than that, this game is relatively clean.

All in all, Ghost Blade HD is a solid Shoot ‘em up game that’s fun by yourself or with a friend.  The levels are action packed and the bosses do a good job in reducing the number of lives you have left.  If you enjoy bullet heck games this one is worth picking up.  If you’re really good at them, you may want to wait for a sale since this one only offers five levels.