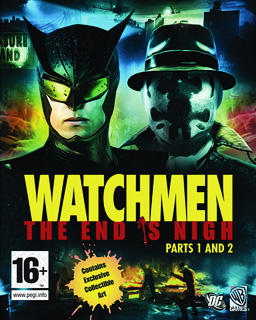 If there exists a comic series more grisly, brutal or morally undecided than the Watchmen series, I don’t think I want to see it. Alan Moore’s vision of a world with superheroes is a bleak place, filled with masked vigilantes combating what crime they can and a super-powered being dealing with his own existence. Unlike the worlds of Spider-Man and Superman, there are no moral absolutes. Some of the heroes are just as unfeeling and cruel as the villains, and the very idea of a moral superhero is questioned.

This is, of course, all backstory to a game that hardly seems concerned with its intelligent, contemplative roots and would rather focus on the dark and moody bits instead. Although the player is never told, Watchmen The End is Nigh takes place shortly before the events of the movie. Split into two episodes available on one disc, The End is Nigh explores the time during the end of Nite Owl II and Rorschach’s partnership and New York City’s plunge into chaos.

Though NYC is a fairly typical setting, with far too many sewers and rooftops, each location is brought to life by the gorgeous lighting and gritty atmosphere. Light glimmers off the Rorschach’s rain-drenched coat and creeps in through boarded up windows and vents. The beautiful lighting covers a dark secret however - the world of Watchmen is repulsive. From the strip club full of impatient, infuriated men expecting dancing women to the seedy bar guarded by a legion of foul-mouthed bikers looking for a fight, this world may be even worse than ours. 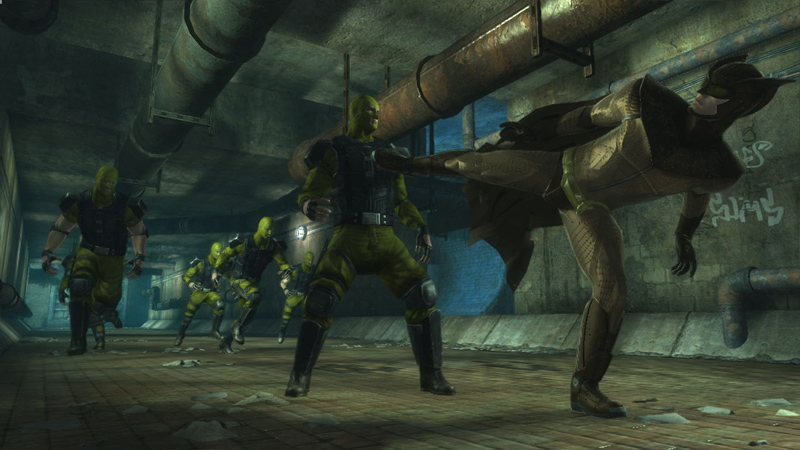 The 6-hour adventure covers fewer than ten levels, but it’s really better that way. Beat ‘em ups are repetitive by nature, and although Deadline Games added a few incentives and achievements to replay the game, I never felt inclined to do so. Despite the different paths available to the two main characters, multiple time consuming achievements, and drop-in split screen co-op, there’s just no reason to play through again. My first time playing through as Rorschach was entertaining enough, with his frenetic fighting  style and quick dodge move complementing the brutal combat, but I wasn’t even able to stand five minutes as Nite Owl. Whereas Rorschach emulates a street brawler, Nite Owl feels like a first year martial arts student with slow, practiced strikes that fail to impress.

This, in and of itself, isn’t a big deal; I can just play as Rorschach. The problem is that person sitting next to me who won’t stop complaining about controlling the Batman clone. It’s hard to call it unbalanced, since I have to assume this is how Nite Owl is meant to act, but when one of the only two characters is somewhere between incompetent and useless, there simply isn’t much fun to be had as Player 2.

As a quick single-player adventure, however, The End is Nigh absolutely excels. Its short length and lack of filler make for a satisfying romp through the Watchmen universe, complete with references to past events and boss fights with enemies mentioned in the comic series. Enemy types are a tad too generic, and often feel exactly the same from level to level, but once again, the story’s length works in favor of this. There may only be about five different kinds of enemies encountered throughout, but the number of each is slowly increased as each chapter begins hurling more enemies in higher concentrations. 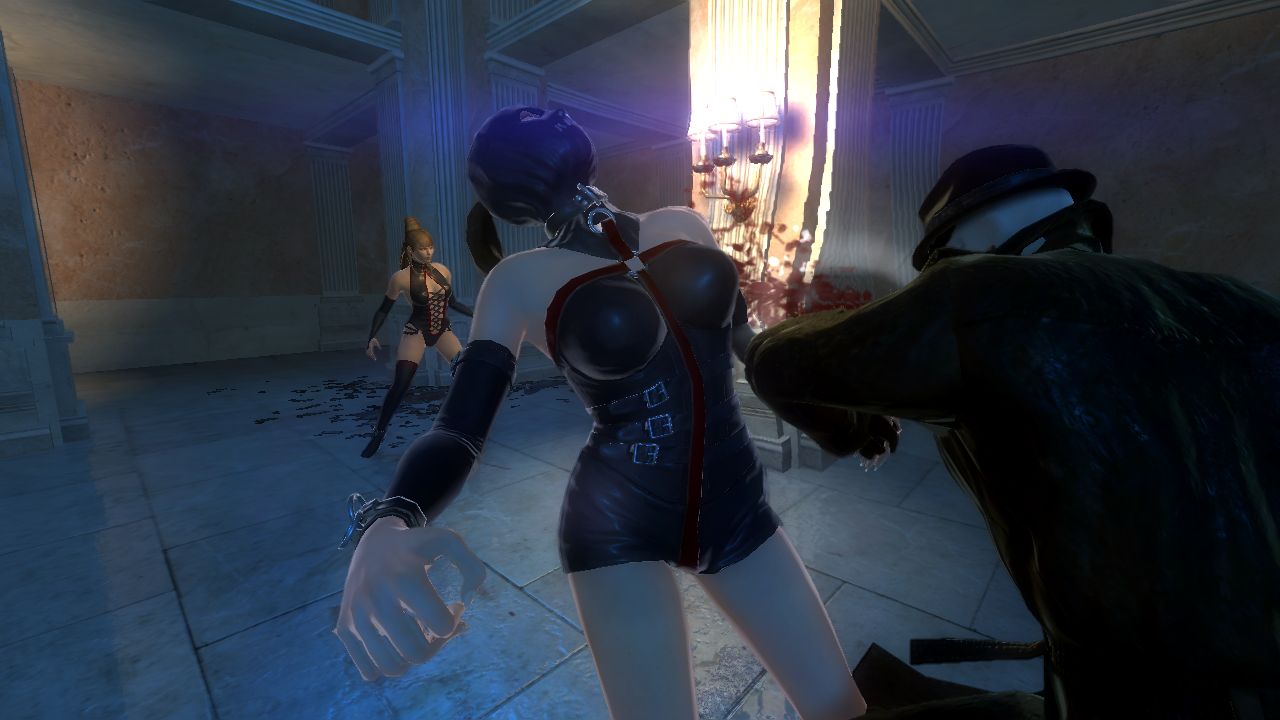 But unfortunately, as the combat becomes more satisfying, the story becomes significantly less so. Once I had begun to master the combat system, which really doesn’t involve much effort when compared to Batman: Arkham Asylum or even something like Fatal Fury, the story began devolving into Rorschach screaming “Rrarararghgh!!!” while smashing someone’s head against a window every now and then. It certainly explains why the two crime fighters parted ways before the events of the comic, but my intuition tells me that hardcore Watchmen fans aren’t going to be content with the simple comic book panels detailing the story between levels.

Something tells me their reaction will be more along the lines of indifferent, which seems to be a running theme within the game. For everything that Deadline did well—lighting, atmosphere, combat—they eschewed it in some way for generic, nearly broken design. The partner AI is atrocious, the boss fights feel drawn out, the co-op isn’t available for online play, the combo system is unresponsive, and the levels have more switches and levels than…well, I can’t think of anything that even comes close.

As much as I just want to love the Watchmen universe created in this game, I simply can’t. It’s more vicious and bloody-thirsty than Rorschach, with blood covering walls as goons and police alike are beaten to death. Curses and death threats fill the air as henchmen, shocked by the duo’s presence, do their best to impede the heroes’ progress. A brothel filled to the brim with hookers, pentagrams, and nude statues is just another stop, and a disturbing one at that. Rorschach and Nite Owl’s views conflict often during their last few cases, and although I wanted to be pulled into their story, there just wasn’t enough substance.

As much as I loved the world of Watchmen, and especially Rorschach’s view of it, the fact remains that it’s only a passable brawler within a strong universe. The length is perfect, and so is the feel of basic combat, but there simply isn’t enough depth to the combat or intricacy in the story to please anyone other than the most unversed Watchmen fans. The crack of fist against skull may never get old, but The End is Nigh does.