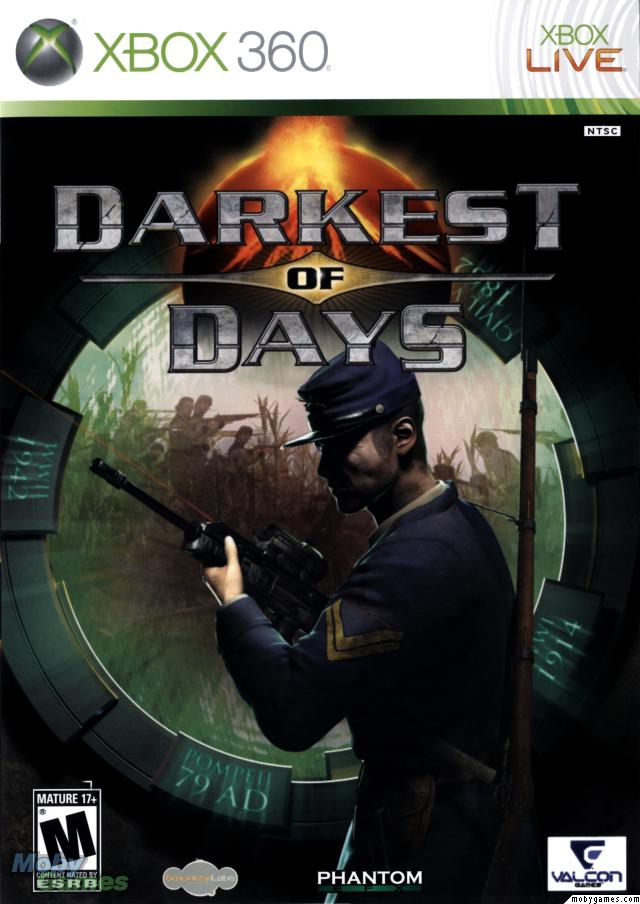 This is not a good game, and I will make absolutely no attempt to hide that fact. Darkest of Days is a budget-priced game made by a small studio with a vision much too large for their level of experience. The idea by 8monkeys Lab’s production is solid—it’s hard not to grin at the thought of travelling through a few of history’s greatest wars—but the execution is so lacking that I find myself in horrific awe at how this game could be sold in its present state. It’s riddled with glitches, laced with profanity, barely runs when more than a few enemy soldiers are on-screen, is composed almost entirely of poor design choices, and for whatever reason, a semi-enjoyable first-person shooter.

Of course, there are times throughout the history-hopping campaign that this isn’t true, and those times become much more frequent as the story progresses. The problem is that Darkest of Days is completely unaware of what it does well, creating a unique atmosphere for the player, and instead devotes it’s time to mindless combat and a story that fails to ever…well, do anything really. The tale of Alexander Morris, an MIA at the Battle of Little Bighorn and now an operative of the time-travelling Kronotek company, never comes into its own. He’s a Civil War soldier, he’s in the future now, but he’s also in the past because of time travel, and there are people from the future’s future trying to—it’s really not worth explaining. At every point where something interesting could have been done, whether it be an unexpected plot twist or a sequence that could have carried emotional weight, Darkest of Days continues to wallow in its sci-fi mediocrity.

It’s an adjective that describes the game quite nicely too - mediocre that is. From the bland battlefields encapsulated with invisible walls at every turn to the generic mission objectives, none of the mechanics or areas of presentation are done better than any of the countless other shooters available right now. No skill is required in firing period weaponry, enemy AI will often blindly fire into the nearest rock or fencepost, and the pace of combat is often slow and monotonous as enemies stream out in waves only to be slowly killed one by one with the player’s rifle. 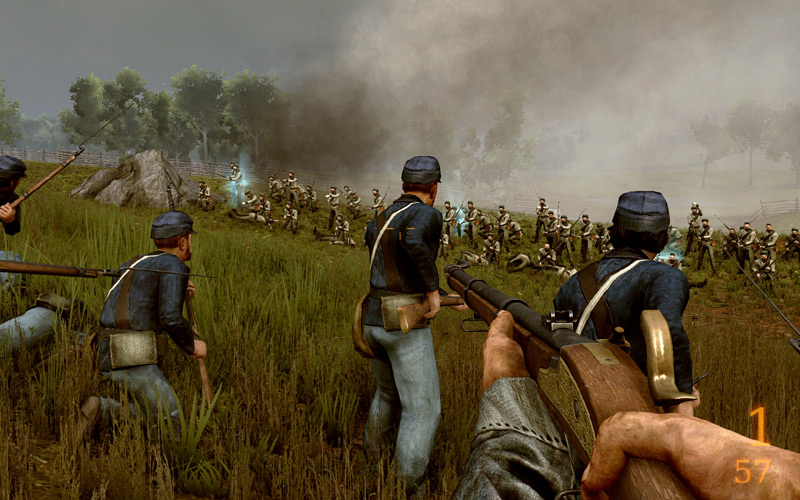 Strong Points: A strong sense of the player’s insignificance in a much larger conflict
Weak Points: Choppy frame-rate, uninspired missions, weak story
Moral Warnings: Hundreds of bodies lying in a field, and all the blood that comes with it, frequent cursing and use of the Lord’s name in vain

Yet despite all of the problems, I can’t help but see that an interesting experience lies behind the annoyances. Though it is much more present in the first half of the game, a sense of the player’s insignificance permeates the campaign of Darkest of Days (the only mode available), and it was during the moments where I felt overwhelmed that the game truly succeeded. Trudging through the trenches of The Great War (WWI) or engaging enemy troops in a corn field during the American Civil War, 8monkeys Labs unknowingly created these moments where the player can feel immersed in a conflict much larger than themselves. Dozens of enemies crowd the screen at times, and though the frame-rate nosedives during these moments, the sense of scale is amazing.

Rarely has a videogame left me feeling so weak and unimportant to the outcome of its events. Battling my way through the Civil War was brutal and raw, bodies falling in bloody piles and soldiers cursing at me to advance into the rain of Confederate fire. It’s unfortunate that these moments aren’t more frequent, as the later parts of story shift their focus elsewhere, but the few sequences that do exist have left an indelible impression on me.

The problem however, is that this isn’t an experience that can be easily described. Gameplay, graphics, and sound design will inevitably come up in conversation, and there is little to be said other than, “it’s awful”, and it is. Almost nothing is done well, and there’s just not much to be said or done about it. Sub-par graphics and weak gunplay cement the title as a poor FPS, and the lack of any multiplayer or replay value condemn this title to only being played only once or twice by most of its audience. 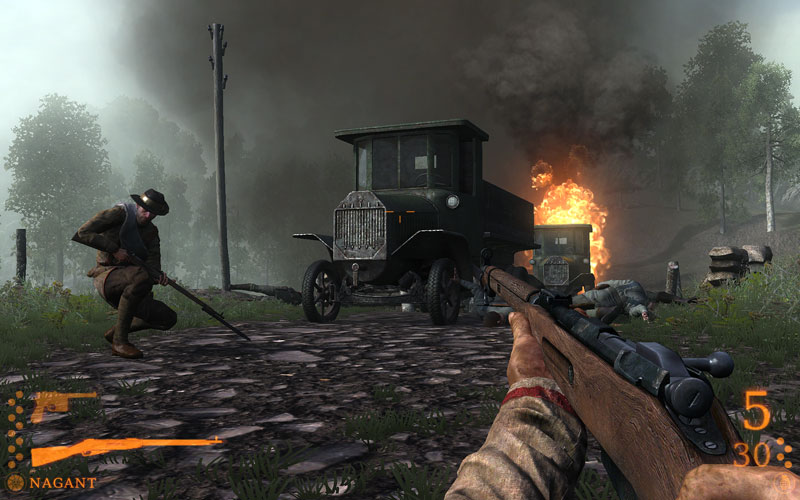 Darkest of Days is a bad game that I like. It’s that one title that absolutely fails to overcome its problems yet still manages to accomplish something. There are certainly more failures than successes in its design, but its rough shape belies what it achieves. Looking past its many issues is difficult though.

The game looks awful; there’s no way around it, and it plays even worse. The developers touted how hundreds of characters could be on-screen at once, but even with only a few the game begins to lag. Guns feel light, and there’s no feeling of fulfillment in scoring a kill as bullets practically guide themselves. Movement feels off, characters get stuck in walls or force the player into walls, and even important details (like characters blinking) are nowhere to be found. Morality is never clearly defined throughout the story, and although this would lead to an interesting exploration of the concept of morality when done by a more experienced developer, 8monkeys Labs is anything but experienced. Sprinting through levels hearing curses dropped by the dozen and people killed by the hundreds (and not all of them are soldiers either) can be irritating to say the least.

There’s just so little worth saying about Darkest of Days, and that may be its biggest downfall. Attempting to describe even the smallest portion of this title in any meaningful way will ultimately fail because the game ultimately fails. Enjoyable sections exist within the eight hour campaign, but what’s the point if four hours of mediocre shooting come before and after them? I managed to find enough reasons to justify my time spent with Darkest of Days, but half of them had to do with this review, and that doesn’t leave many for everyone else.