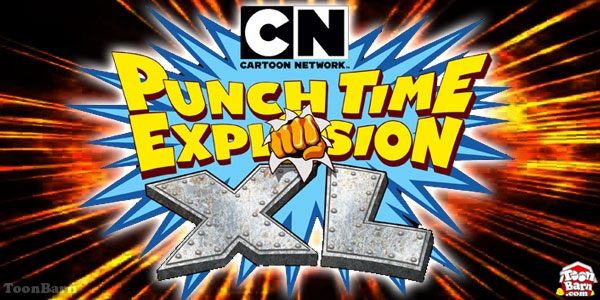 Well, there goes my childhood.

You know, I don’t blame Cartoon Network for creating a crossover title that borrows from other series, and I actually applaud them for trying to recreate the Super Smash Bros. experience, but I think I died a little inside the day this game entered my Xbox 360. Not because the game doesn’t belong on consoles (which it doesn’t), not because it’s vastly inferior to just about every Smash Bros. clone out there (which it is), and not because it’s a shameless, nostalgia-fueled cash-grab. Actually, it may be that last one.

For those unfamiliar with the concept, the Super Smash Bros. series is essentially a casual fighter mixed with a platformer that brings mascots from nearly all of Nintendo’s series in to a massive brawl. Characters have nearly complete freedom of movement, but are confined to two-dimensions, and the action tends to stay frantic and chaotic. Items, hazards, and battle-changing moves manage to keep things unpredictable and help to reinforce the party game vibe. 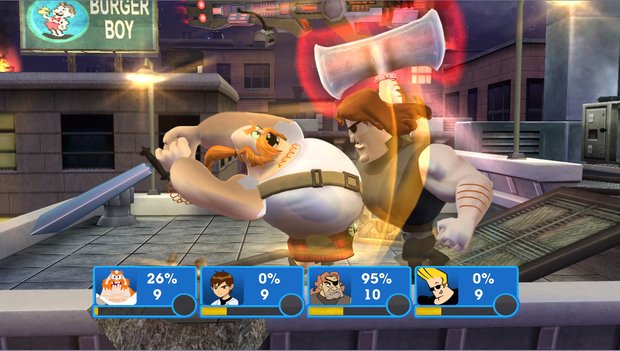 Cartoon Network Punch Time XL has all of these things, and its content nearly rivals that of SSB: Melee, but it also feels hopelessly unpolished. The Super Smash Bros. series has done so well because of its depth in simplicity, and this title follows the concept as if it was a scientific formula, but the heart and soul has been removed because of it. This was meant to be a celebration of Cartoon Network, one of the most fondly remembered channels out there; instead it feels like my youth is being taunted.

Nearly all of the network’s most recent famous characters are playable (or at least used) and numerous series’ landmarks are present as stages, but they all feel…wrong. The majority of classic shows on Cartoon Network have all had a simple, 2D animated style, yet the characters and locations are “brought to life” in 3D here. Now, I love seeing characters being redrawn/redesigned in a new art style, but some things were just not meant to be. I love Foster’s Home for Imaginary Friends, but Mac looks more like a vaguely human square than a character, and that’s before he opens his mouth.

Because whenever any character opens his/her mouth, what follows is a nigh unbearable line of dialogue by actors who clearly weren’t interested in the project. I was surprised to find out that Papaya Studio managed to get many of the original voice actors, but the voices here make me wince. They’re that bad. It’s almost as if the actors were told to do impersonations of themselves playing that specific character, and they just went with it. 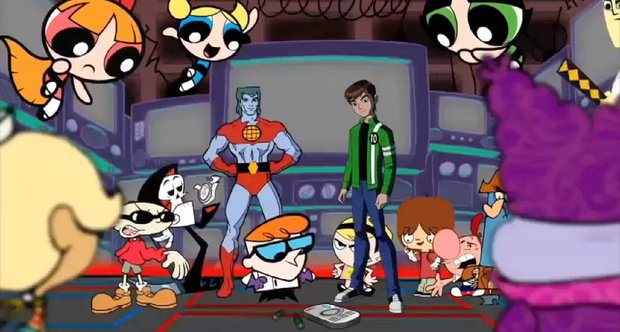 Of course, it hardly matters since the characters talk so little throughout the game.  Even in the (admittedly lackluster) story mode, little more is said than, “Hi, I’m [insert name here]!” and other generic lines. It’s like everyone on the development team forgot that these characters already have personalities, and instead of trying to recreate them in video game form, they mimicked them to the best of their ability; which turned out to be an utterly disappointing and mediocre attempt.

This is a recurring theme too. In every area that Punch Time Explosion has a chance to excel or surpass the series it borrows from, it continues to wallow in mediocrity. A surprising number of similarities can be drawn from Super Smash Bros. Brawl: character movesets, single-player and multiplayer modes, the story mode’s arc, and there’s even a stand in for the Final Smashes—I think it was originally designed as a checklist instead of an expansion of an established sub-genre.

The only problem is that every element is done better elsewhere. The controls are unresponsive, almost to the point of being unusable. The sound effects are hardly ever present, as they’re constantly being drowned out by the remixed soundtracks, even after adjusting the volume settings. Even the number of modes seems uninspired when compared to similar fighters, especially the lack of any online modes.

But it’s not all bad, at least the game is semi-functional, and my eyes didn’t bleed from looking at the awful (and stylistically incorrect) character models…well, not much anyway. Other than all of the blood in my eyes, I only encountered some minimal blood in the unlockable TV clips, and violence is kept cartoonish and silly. Some people may dislike some of the crude humor involving burps, but I found it to be [i]almost[/i] amusing. And my eardrums still sort of work after listening to the voice actors, so that’s good. Plus, since the sound effects are barely audible, I didn’t have to lower the volume! 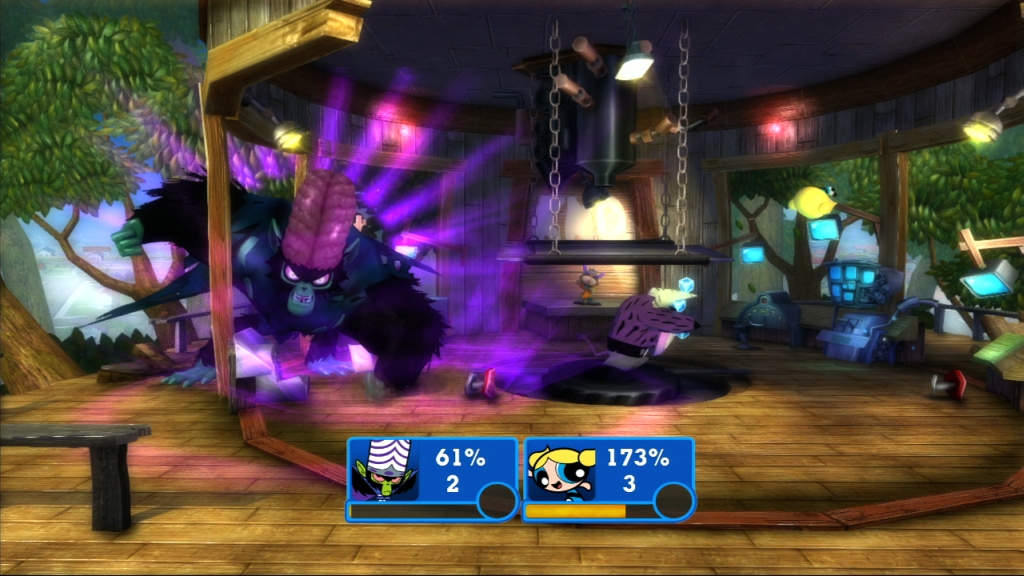 So, if any of the qualities appeal to you—did you just skip childhood or something?

I suppose that after playing this game it would be just as well anyway. Punch Time Explosion appeared as a savior, a trip down memory lane in a sorely underused genre, but it fails to do anything—remarkable or otherwise.

If for some reason you can’t snag a copy of Super Smash Bros. Brawl, this is probably one of the better commercial alternatives at the moment. Of course, that’s like saying motor oil is a viable drink alternative to root beer since they’re both liquids. Cartoon Network Punch Time Explosion is not a good game on the 3DS, it’s not a good game when compared to any number of other fighters, and it is certainly not a better game because ‘XL’ was added on to the end. Now excuse me while I go and try to reconstruct my shattered childhood memories.