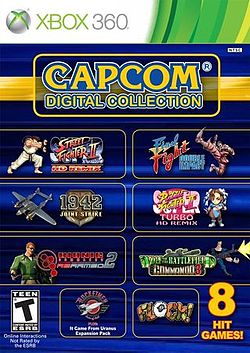 I have a…rocky relationship with Capcom. Growing up as a Nintendo/Rare fanboy, I can’t remember playing many, if any, fun Capcom games. I’m aware that fantastic Capcom games exist (Mega Man, Street Fighter, Resident Evil), but other than Mega Man, none of the “classics” have appealed to me. Factor in some of Capcom’s questionable business practices (releasing the same game multiple times and DLC overload), and you may be able to see why I have a hard time liking Capcom.

It’s not that I don’t want to, but there just hasn’t been anything to convince me of Capcom’s greatness. So you can imagine my surprise and excitement when I discovered that a collection of eight downloadable Capcom titles were going to be available for $40. To make it an even sweeter offer, six different genres were included: platformer (Bionic Commando Rearmed 2), puzzle (Super Puzzle Fighter II Turbo HD Remix and Flock!), beat ’em up (Final Fight: Double Impact), shoot ‘em up (1942: Joint Strike), twin-stick shooter (Rocketmen-Axis of Evil and Wolf of the Battlefield: Commando 3), and fighter (Super Street Fighter II Turbo HD Remix).

It’s a perfect mix of new and old, remastered originals, reinvented classics, and interesting new ideas; or at least that’s what the box would lead you to believe. The truth is that only about half of the games are worth playing, and even then it depends on what kind of tastes you have. There are those who would praise Super Street Fighter II Turbo HD Remix to no end, which is fine; it’s a great game. However, I won’t, because it’s just not my kind of game.

Now, it’s not like there aren’t any games I enjoyed, because there are, it’s just that I’m not sure if it’s worth buying a $40 collection. I really enjoyed Bionic Commando Rearmed 2, Wolf of the Battlefield: Commando 3, Final Fight: Double Impact, and even 1942: Joint Strike to some degree. But why Flock! and Rocketmen-Axis of Evil were included doesn’t make sense. Both were received rather poorly by critics, and neither of them really feels like a Capcom game. Where’s Dead Rising: Case Zero or Mega Man 9? Even another Street Fighter game would have been a better choice. 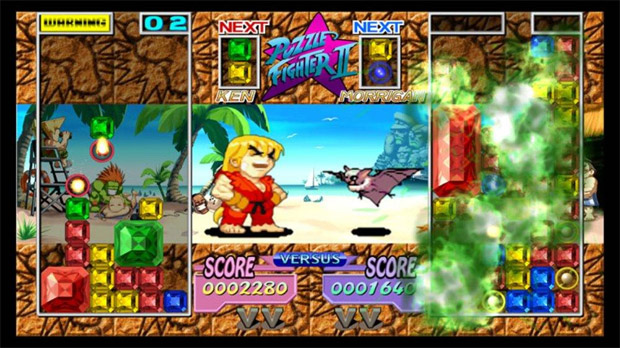 It’s not like I found anything wrong with the games, though, so it’s hard to complain. As far as all I can tell, all of the games act as if I had downloaded them straight from the XBLA Marketplace, literally. They all look, sound and feel exactly the same, and any of the titles can be accessed either from the Xbox dashboard or through the disc’s menu. It was a nice touch to allow the games to be started from both menus, but unfortunately, exiting any of the games means being unceremoniously dumped back at the dashboard. What could have been a celebration of Capcom re-mastered feels more like a bad bundle. Instead of displaying everything worth displaying, they put a few hits in with some flops to recoup their money.

Whenever I think about this collection, I can’t help but notice a recurring thought. “There’s not really anything wrong here,” and while it’s not necessarily a lie, it’s not the truth either. I honestly can’t find anything wrong with this package. It’s annoying to be kicked back to the dashboard every time I quit a game, but it’s only a minor annoyance. All the games may have their own idiosyncrasies, but they were already there. And I can’t possibly describe how much I’d love to scold Capcom for their poor choice in games, but they don’t hide the fact that not all of the games are grade-A material. As soon as I saw the box, I knew what games were included.

Super Street Fighter II Turbo HD Remix, and Final Fight: Double Impact are both excellent examples of their respective genres. These are some of the first titles that we think of when videogames are mentioned. The deep fighting system of Street Fighter and the intense side-scrolling action of Final Fight are the real draws here, and I have to assume that Capcom expected people to buy this collection on that premise.

The other games included are worthwhile in their own right, but not every one is a winner. I adore the new Bionic Commando series with its mix of exploration and 2D platforming, and no shoot ‘em up other than Space Invaders is more iconic than 1942, but not everyone is going to enjoy Super Puzzle Fighter II Turbo HD Remix or Wolf of the Battlefield: Commando 3. Although I wouldn't recommend either title outside of this package, they’re both decent games that are worth trying, but it’s still a problem considering that both Rocketmen-Axis of Evil and Flock! are hardly worth mentioning. 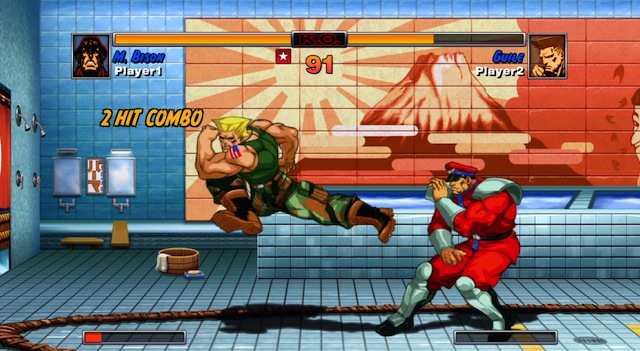 Since I knew what games were included, I also knew what objectionable content I’d find: violence, some blood, a bit of cursing, and some unnecessarily revealing outfits thrown in for good measure. The violence and blood levels differ between games, but it’s never gratuitous or unjustifiable. Cursing is fairly mild (d*mn) and relegated only to text. Probably the biggest of my objections would have to be the revealing outfits. As expected, Street Fighter II has a few revealing outfits, but surprisingly, Puzzle Fighter II has the most revealing outfit of the bunch: a nearly naked cat person.

To help get that rather disturbing mental image out of your mind, let me just say that this entire collection reminds me of one of those sampler platters at a restaurant. Essentially just eight random games haphazardly thrown together, it’s hard to complain that I didn’t like one or two when there are five or six others. I got to try some things I normally wouldn't have, and it was worth what I paid for it, but next time I’ll just order what I want instead of ordering everything.

Despite my whining, complaining, and ranting, this really is a decent collection. There’s bound to be something you’ll like, assuming you can overlook the moral issues, and now that it’s around $30, it’s not a bad buy. You’ll get your money’s worth, and probably have fun getting it too, just be ready for some trial-and-error when browsing through the title selection.