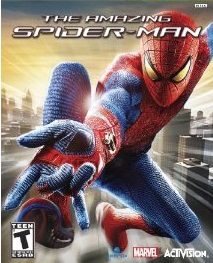 Full disclosure: I am an absolutely massive fan of the Spider-Man 2 game on sixth generation consoles. While it was a flawed experience, marred by repetitive missions and slow combat, there has yet to be a Spider-Man game that immersed the player more fully. Every action, from swinging on a web to throwing a punch, carried weight. Nothing was done for you—no over-simplified web swinging and no button mashing to win fights. It required players to learn and innovate using the abilities given to them, and it was brilliant. Even though the game itself wasn’t great, its design was. Now if only that were the case here.

The Amazing Spider-Man is set within the similarly titled movie’s universe, the only difference being that approximately one year has passed, so spoilers abound. As the game begins, the city is in the midst of a deadly epidemic; people are transforming into mutants and zombies because of Oscorp and Dr. Connors’ research into genetics. Criminals are rampaging through the city and citizens are defenseless as they are robbed or begin the monstrous transformation process.

It’s not a bad premise to start with, as it explains how all of the villains escape and further explores the movie’s universe, but the infected city idea has already been used in Spider-Man: Web of Shadows. As much as I’d like to say substituting mutant zombies for alien zombies makes it feel unique, it doesn’t. The voice actors do an admirable job of recreating the characters, despite many (if not all) of them only mimicking the movie’s cast, and the character models themselves are all acceptable, but I rarely found myself moved during any of the story’s low points. Not that the story’s presentation was awful, or that the characters lacked emotion, but it all felt so clumsy and clichéd.

Then again, that adequately describes quite a few other sections of the game. It was stated during an interview that the studio head of Beenox, Dee Brown, had played through both Batman: Arkham Asylum and Batman: Arkham City. Now, whether he meant to copy them so heavily or not, The Amazing Spider-Man shares more than a few traits with those excellent titles. Thankfully only the good parts made it—the almost-rhythmic combat, the simple stealth mechanics, and the game’s affinity for storylines—it’s just unfortunate that none of them are suited to Spider-Man. 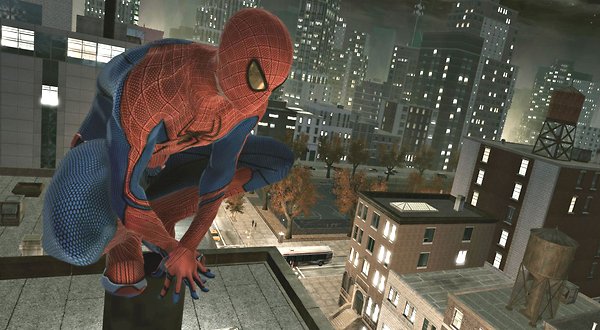 I appreciate the attempt to bring back Spider-Man Noir’s stealth abilities from Spider-Man: Shattered Dimensions, but it’s done so poorly here that I have to wonder why the development team even bothered. Many long-range enemies are over-powered, and combined with a slew of regular thugs and robots, stealth is forced upon the player in the most awkward way possible. Should anyone catch a glimpse of a takedown, a barrage of projectiles will fly with pinpoint precision to their target and the only way to dodge them is to use web retreat. A new ability unique to the game, it immediately web-zips Spider-Man to a wall away from enemies, and it’s abused just as much as you think it is.

Ground combat fares slightly better, but it too is over-simplified and uninteresting. There are options to mix it up, such as signature moves and web-blasts, but I never escaped the feeling the game was playing itself. All of the combos are acrobatic and energetic, but hardly involving. I’ll agree that memorizing button combos isn’t exactly fun, but neither is mashing the X button to attack and the Y button to dodge.

It’s a shame too, because the boss battles are exceptional. Intense yet simple to understand, they strike the perfect balance of function and spectacle. There weren’t quite as many fan favorites as I expected, and even fewer mutants, but I was surprised to encounter some brilliant bosses outside of the main Spider-Man lore. Plus, the ability to replay missions is finally present, so all of the bosses can be fought again without restarting the game. 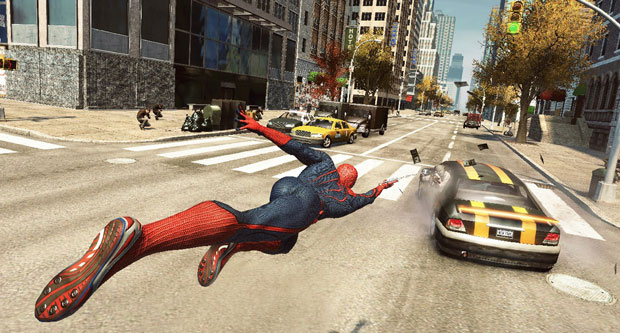 I suppose the boss fights are only exceptional in a relative term however, since the game rarely feels like more than a lengthy cutscene. Make no mistake, it’s a beautiful cutscene, with complex character animations and beautiful effects, but it begins to wear thin as the game requires yet another quick-time-event to be completed. Roaming the city at sunset is fantastic, but if I don’t feel like I’m the one playing, what’s the point?

It’s almost as if Beenox assumed that the target audience wasn’t competent enough to control Spider-Man; every aspect of Spider-Man’s movement feels assisted or guided in some way. Web-swinging no longer carries weight or momentum. The camera follows Spider-Man obstinately, making it difficult for the player to look around while moving, and often forcing Spider-Man’s gaze into a certain direction. The entire movement system has been simplified to the point where even climbing walls is automatic.

Even with its most unusual mechanic, web-rush, The Amazing Spider-Man fails to involve the player in any meaningful way. While using this ability, time slows to a crawl and the perspective is shifted into first-person so that the player can quickly web-zip to any point within range. It’s not a bad idea in theory, but in practice it never becomes more than a flashy way to reach hard-to-access areas. 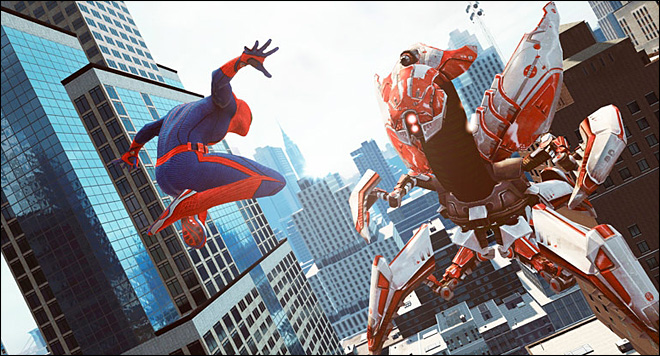 No matter what aspect of the game I delve into, it’s impossible to see anything but bland design and missed opportunities. There have been 8 Spider-Man videogames developed for consoles since 2002, and while a few of those games are much worse than this title, at least they all had some sort of distinguishing feature. The first Spider-Man movie game could be played as the Green Goblin, and Ultimate Spider-Man had Venom as its other main character. Both Dimensions and Edge of Time had multiple Spider-Men as playable characters. Web of Shadows, while certainly not a good game, had an entertaining morality system that explored the idea of an evil Spider-Man.

Here, none of that exists. Spider-Man is never explored as a character, new concepts aren’t introduced so much as borrowed from other series, and more is taken away than given in the area of side-activities. No random crimes ever threaten the city, and Spider-Man feels like more of a cardboard cutout because of it. He is always there just in time, ready with a quip to return the obligatory curses thrown at him by the criminals. Sexual advances and the constant risk of death never affect him, as he shrugs off multiple flirtatious women throughout the story in favor of his not-girlfriend Gwen Stacy and never feels conflicted because of his choice to use only non-lethal force against enemies much stronger than he is.

Despite my absolute hatred of Spider-Man: Web of Shadows, I’m beginning to hate this game more. Not because it’s a shoddy rip-off of Rocksteady’s Batman games (which it is), not because it fails to recapture the magic of Spider-Man 2 (which it does), and not because it’s an uninteresting slog through a lackluster story (which it most definitely is), but because it absolutely refuses to acknowledge the player’s intelligence. It’s not unplayable, and it’s not poorly designed, but it was designed assuming no one has ever played a game so complex before. The Amazing Spider-Man isn’t awful—well, at least not as awful as Web of Shadows—but it fails to add anything to a genre that has seen multiple fantastic titles in the last few years. Of the open-world Spider-Man games available on the current generation of consoles, this is the best by far, but that’s not saying much.