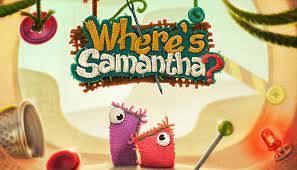 Thank you ROKiT Games for sending us a review code!

George and Samantha are a couple of cloth fragments deeply in love. Sadly they get whisked away into an ultimate alternate universe and are separated as well. George must solve many puzzles and overcome numerous obstacles to be reunited with his beloved.

As George traverses the forty-seven levels, he’ll come across deadly obstacles like combs, spinning fans, lasers, pitfalls, moving platforms, and vacuums. Many of these obstacles cause instant death if George comes in contact with them. Death is portrayed by a splat sound effect and a puff of smoke. It’s pretty tame and family-friendly.

Strong Points: Cute visuals; nice voice acting; balanced difficulty
Weak Points: While there are many checkpoints; you may still have to restart a level from the beginning if you get stuck, you can’t rewind to a previous checkpoint; got stuck in a level once; probably not colorblind-friendly
Moral Warnings: Cartoon violence

George isn’t alone in this adventure and will meet other cloth fragments that will bestow him with abilities required to progress through the obstacles and levels. A tall cloth fragment named Frank will grant George the ability to double-jump. There’s an unnamed orange cloth that is very light and floaty with its jumps. Blue and purple fragments make your character heavier which is needed to activate color-coded buttons and gates.

Throughout the levels you’ll see many letters to collect. In order to progress the story, you’ll have to gather them all. If you fall short, you’ll have to retry the level from the beginning. There are numerous checkpoints throughout the levels and they’re quite convenient. However, the ability to rewind to a specified checkpoint would be nice because I often found myself stuck after a checkpoint without the ability to progress or rewind and had to restart the level from the beginning. Thankfully, most of the levels are pretty quick and can be finished in a couple of minutes. 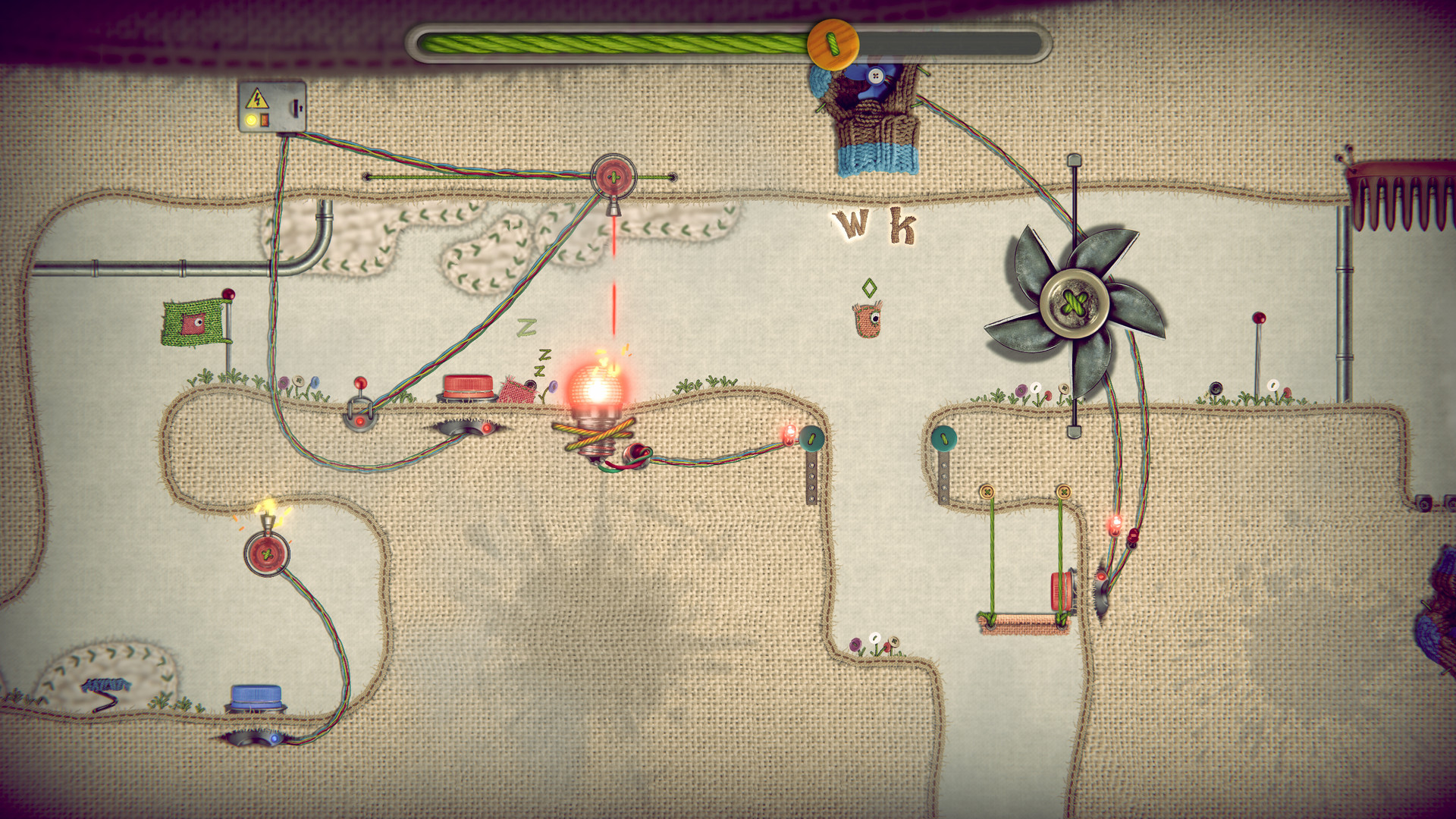 The end of each level has one or more bottle caps that need to be covered with one or more playable cloths. You can combine with up to three cloth fragments and divide and combine as needed. The pairing order changes the color and abilities of the final cloth product. For example, some obstacles can only be bypassed with a bright light blue character and not a light blue one. The game mechanics are explained with diagrams on a chalkboard and sometimes they’re not very clear.

Upon completing the game you’ll see various statistics including the gameplay time (five hours), number of deaths (1104), number of letters collected (773), splits (487), players combined (490), and clones saved (58). Despite having over 1100 deaths, I didn’t feel the urge to rage quit as I felt that most of the deaths were faults of my own and the difficulty level was fair. I resorted to watching a couple of YouTube videos when I was stumped on how to proceed a couple of times.

Where’s Samantha is a charming game and I loved the cloth styled visuals. The voice acting is well done too. The story is mediocre and not very memorable. If you’re looking for a casual platformer to entertain you for a few hours, this game is worth looking into.