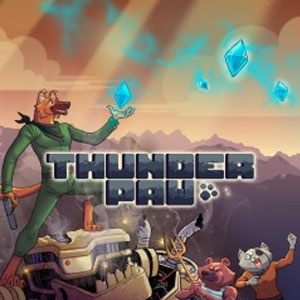 First of all, thanks to Ratalaika for the code for this game!

ThunderPaw is a side-scroller adventure game. It begins with a story about the protagonist, aptly named Thunder Paw being told that his parents have been kidnapped and he must rescue them. What follows is an interesting side-scrolling adventure in which you play the role of a dog on a mission. Enemies shoot at you with guns and you ride along on a skateboard throughout the game eliminating these enemies, most of which are cats. In each level, you are given a certain amount of enemies to kill (for instance, 12) before you can enter a door at the end of the level to proceed. 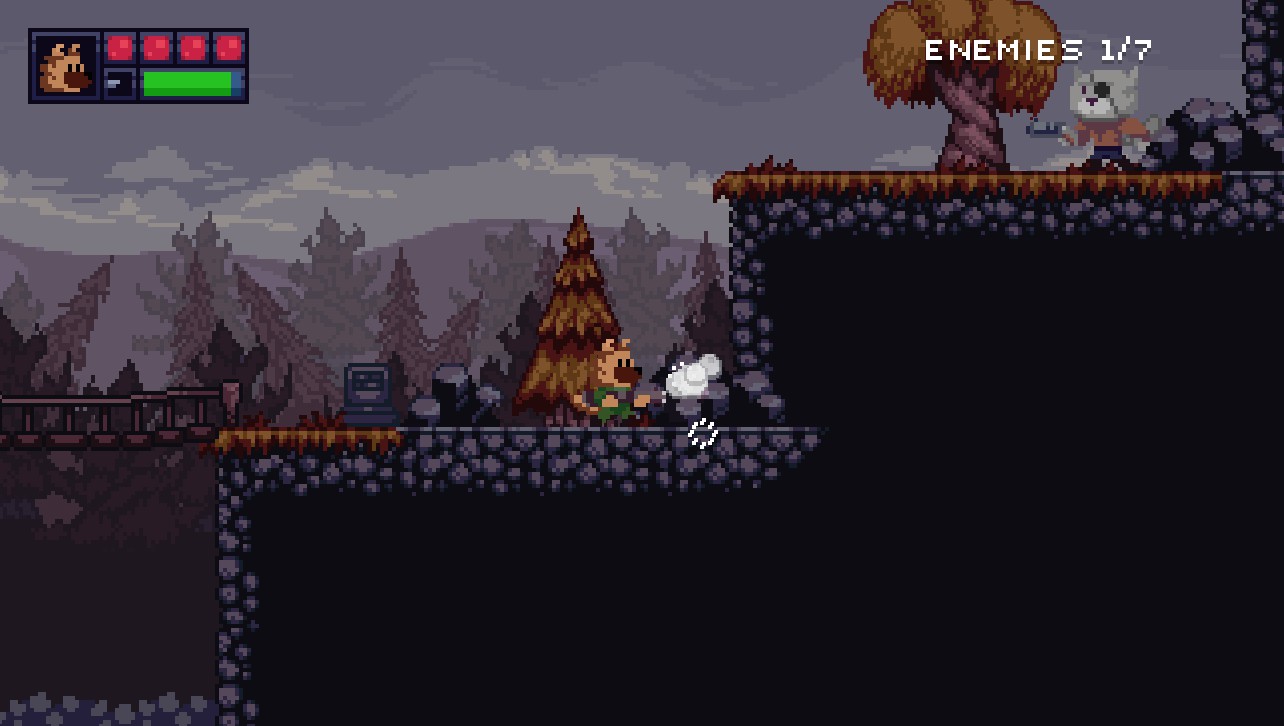 There is not a lot of storyline or plot other than shoot the bad guys and proceed to the next level. There are only 5 bosses to fight in the entire game, and it is pretty easy to kill them and maneuver through each level. There is a heart bar and a gauge to tell you how powered-up your weapon is. You can lose life and health by getting hit by the bad guys and of course, if you lose all your hearts, the game is over. Enemies drop either hearts or blue crystals that refill your life gauge. There are some traps and challenges- for instance, I found out the hard way that if there's a giant red-exclamation point that you should not go into that area, as I jumped into it to see what it was and found Thunder Paw falling into a pit and losing a life. Also, various areas of green bubbles deplete your weapon gauge completely. However, these same green bubbles are also save points for the level. So you are forced to make a decision- save your progress in case you die or leave the game unsaved and keep your weapon at maximum power.

The controls in Thunder Paw are straightforward. In fact, Thunder Paw even explains it to you from the very beginning! The control stick moves the character, B jumps, Y and L shoot the weapons. The music and sound effects are appropriate for the setting. The track through each level is the same though, and that gets monotonous. However, it is an energizing track that conveys a sense of urgency and determination to complete your mission and save your parents. But with a 20-second loop, it gets boring quickly. I wish there had been more variety in the soundtrack. The sound effects are cool though. The weapon makes a realistic sound, and my favorite is the jumping sound effect. 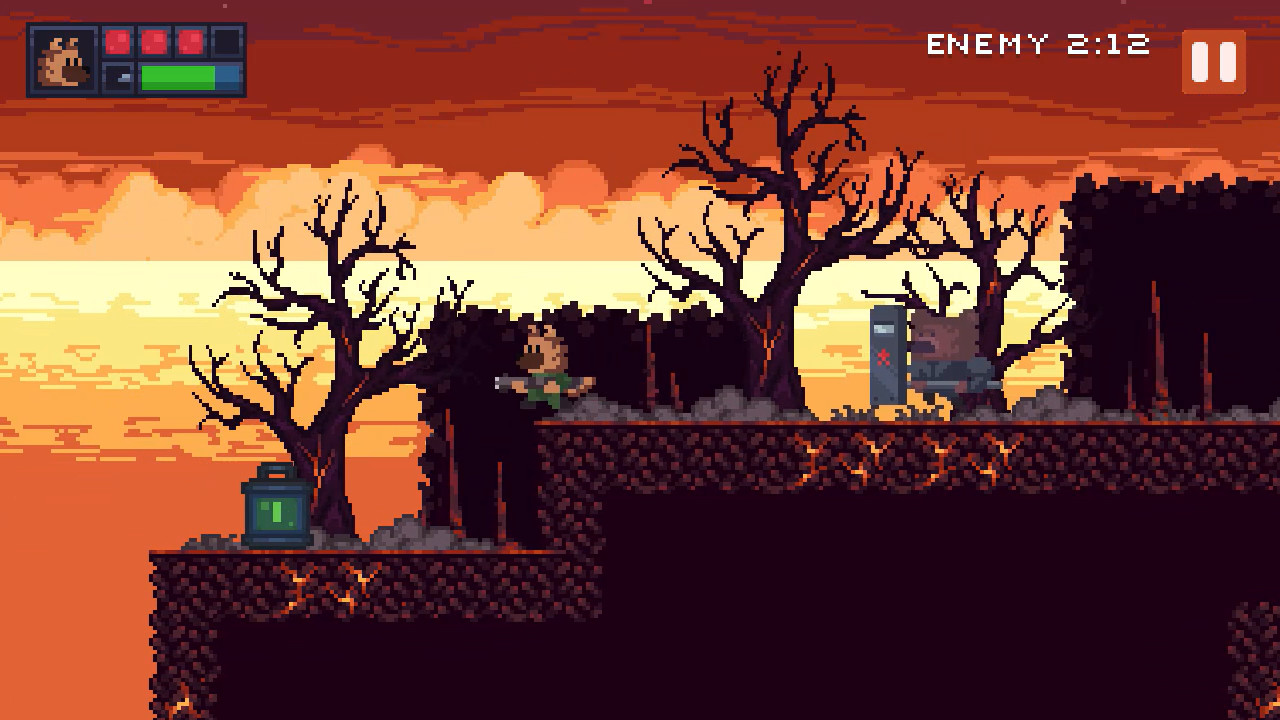 Morality wise? For a children's game, it's pretty violent. This is a shooting game, so you have to shoot creatures to get through each level. There's no way around it. You are a dog shooting cats, although the boss enemies are sometimes different- one is a bear. There are different modes you can buy though- one has no blood, one green blood, and a 'hardy' mode, which is more graphic and realistic in terms of violence. And yes, each of them you have to pay for separately. The hardy mode is very graphic, and has a lot of blood and guts and gore. So if you are a parent, be aware that this game is not completely kid appropriate in spite of it being marketed as such. The 'hardy' mode also has no save points and no anti-frustration features- meaning, if you die, you start from the beginning. So, with this in mind, if you are a parent, consider if you want your children seeing blood.

Thunder Paw is a lot of fun but it does get old quickly, especially as there is little variation in the levels. But the violence score should have some worried parents telling their kids 'no' to Thunder Paw. However, I still recommend it. Just don't count on killing loads of time with it.