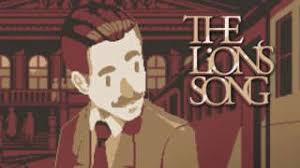 Thank you Mi'pu'mi Games GmbH for sending us this game!

The Lion's Song (which I shall refer to as TLS) is a narrative point and click adventure game that takes place in Vienna before the first World War. It has 4 separate chapters, each with their own character and story. But this isn't just a happy and simple adventure. It's a story about depression, lack of creativity, oppression, and more. Sounds like a fun time for everyone!

TLS has the setup of a basic point and click game. Here's an environment, look around and start tapping! But what it does with this setup is where it gets interesting. You see, 3 of these characters each have their own form of creativity. They are composers, artists and mathematicians. But they all have a bit of writer's block. As you go through TLS, you have to think of ways to solve puzzles and allow them to finish their work. TLS also has a dialogue system, which allows you to make choices in the game that can drastically affect the ending of that chapter and the entire game! You also find out clues to solutions through dialogue, or just visiting a place. For those of you who have played the Professor Layton series, it feels very similar to it, which I shall detail later on.

TLS also has a very bleak color palette, which I believe helps establish its historic setting. TLS also is a pixel art game, but it isn't your standard hyper-realistic or low-detail game. It has an absolutely beautiful smooth look to everything, while still keeping detail that allows it to look almost lifelike. And while it may be just another pixel art game to you, the one thing that absolutely sets it apart is its animation. The animation is absolutely spectacular, and the smooth 60FPS this runs at makes it the best animation I've seen in a pixel art game. The body language and facial animation TLS possesses is something I don't often see these days in games. 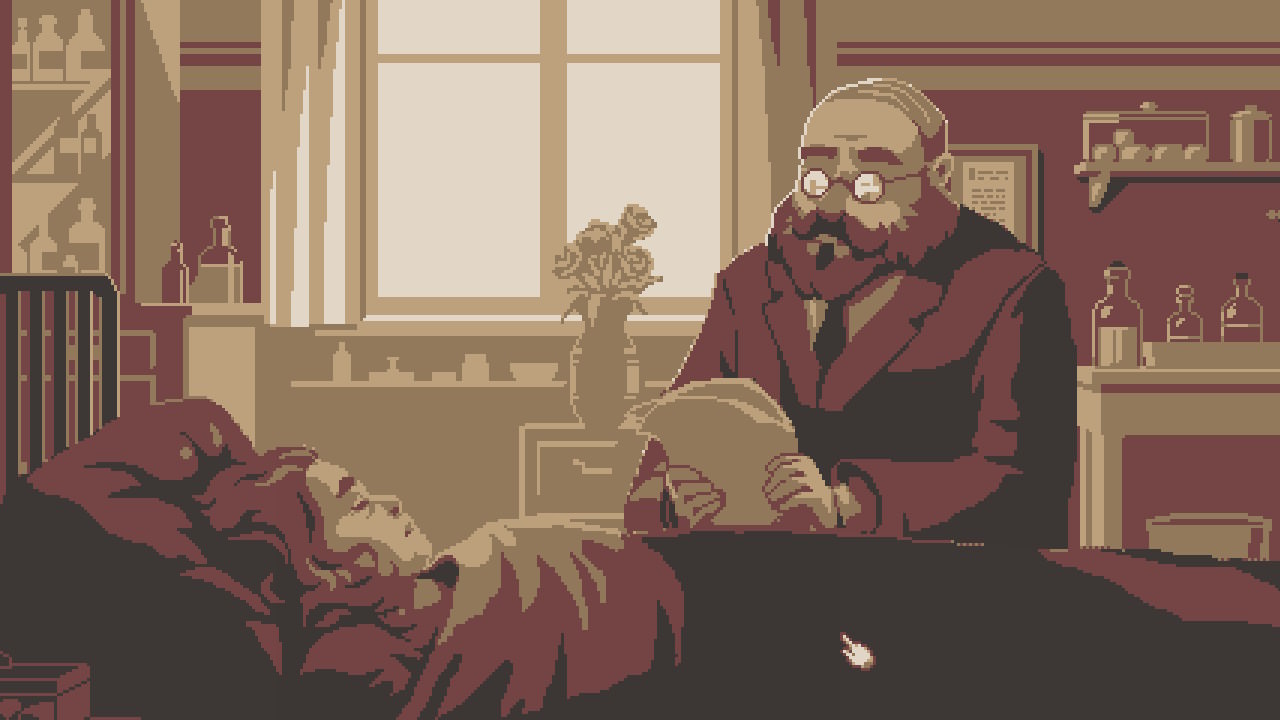 Now, let us talk about its most polished feature: the story. Each chapter has its own character with a dedicated story and adventure. The first chapter tells the story of a composer who made her grand debut a short while ago, but can't come up with the follow-up to her previous well-respected piece. The second chapter tells the story of a painter who feels like he can't capture the true beauty of his subjects, and while he gets high remarks on his art, he feels like he isn't doing good enough. The third tells of a female mathematician who struggles to find the answer to a complex theory, who tries to look for anyone to help her. The fourth tells a tale of four men on a train heading for the same destination, as they share their stories with each other.

And these stories are great alone, but the beauty comes from outside that. Some choices you make, simply just a line of dialogue, can completely ruin or make a friendship with someone, or change the ending completely. This all trickles down from chapter to chapter, changing as time goes along. But the lesser important fact that I like is that the entire story is connected. Some people you see as early on as chapter one, you'll still find things about in chapter four. And it only continues from there, as things you've previously heard about will grant more information as time goes along.

The music in this game is also perfect for the time period and setting. Beautiful tracks set the mood and tone of every situation, whether it be stressful, depressing, adventurous or comforting. The music you hear playing in the background reminds you of what you might have heard in 20th century Vienna, and always seems to fit right in. And as I talked about earlier, while some things in TLS may not be as similar to Professor Layton as others, the music always reminded me of the quirky tracks you'd hear playing. 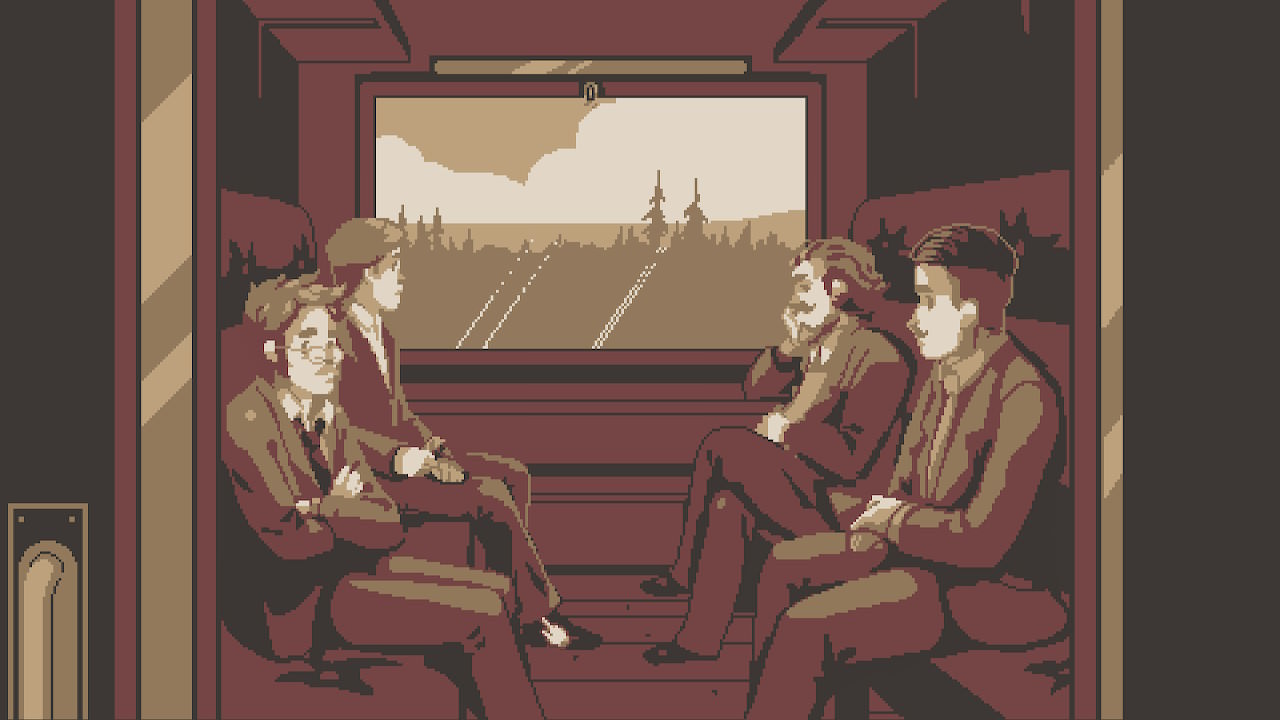 Morality Score - 88%
Violence - 10/10
Language - 5/10
Sexual Content - 6/10
Occult/Supernatural - 10/10
Cultural/Moral/Ethical - 10/10
The story in this game delivers a good moral lesson. (+3 pts) (The mathematician is a woman, and struggles to find help with her theory from men because of it. In the end she reigns victorious and it gives a good display of how we shouldn't discriminate.)

The controls are also masterfully done. I really enjoy playing point and click games on Switch, and this game is no exception. Using the analog sticks to drag my little mouse across the screen was very enjoyable and allowed for me to have a very relaxing experience playing this in handheld and docked mode. The one point I was disappointed on was the lack of any rumble. I feel like during some scenes where thunder and loud noises are heard, or perhaps even when characters scream or talk, the controllers could vibrate to add that extra level of immersion. And with that, let's get into the cons.

Now when it comes to the game itself, I have very few issues. The gameplay, writing and music are so polished that I was absolutely blown away going into this blind. The only few issues I found was the lack of haptic response and the short gameplay. Each chapter is about an hour long, some being longer, some being shorter. It was an amazingly fun game to play, and I plan on replaying it, but it was very short. However, there are a few moral warnings I'd like to give you, while attempting to not spoil anything. So here we go!

The painter makes classical art, and while you're painting you can have options to make people pose in questionable positions, while some may also give questionable dialogue. Most of his paintings don't show anything explicit, however sketches you can find in his office can show some detail, although it's still only in a classic art sense, and are mostly unfinished instead of a full painting. Two women can be seen with a man, and during later sequences they accuse the other of stealing him. A man and a woman can be seen in a bed together, and are assumed to not be clothed. Nothing graphic is shown, however, during this scene you can see some empty bottles of wine on the ground. A woman fantasizes about being with her professor, although nothing graphic comes from it.

A woman can have some disturbing and somewhat frightening nightmares. A character does cross-dress, however, they only do so to gain access to a location they would otherwise not be able to. During a scene at a library, a distressed man asks a librarian for the book titled "3 Theories of Sexuality." When told there is a waiting list for said book, the man rushes off. Some people smoke cigars, and during a later chapter you're required to grab a glass of wine to fit into a crowd. You aren't forced to drink it, however. Some language is present in the game, such as "hurts like h###", "bas####" and "my God," which is used as an exclamation.

So, in closing, if you're looking for a point and click adventure game that's a bit more sophisticated, but not vulgar, look no further than The Lion's Song. It's an amazing journey throughout, even if it ends a bit too soon.