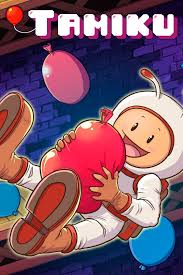 I’ve been getting into a Bomberman and Pac-Man kick as of late, and I’ve been going to the arcade ever since my local Round 1 reopened. I’ve had a hankering for arcade-like titles with simple mechanics and a fairly difficult challenge, and Josyan’s Tamiku is a fun little title worth the $4.99 to play it.

In Tamiku, you play as the titular alien as he goes to eight different worlds in order to blow up balloons. You see, he’s so addicted to doing this that he’s destroyed his home planet! The game is played on one screen each time, where you can loop around the area of the map, kind of like Pac-Man. Each level has a bunch of blue and red balloons to pop, as well as enemies and hazards to avoid. While blue balloons are popped just by running through them, red balloons need to be popped by pressing the jump button repeatedly. Tamiku can only run and jump, so enemies need to be avoided and hitting one will cause you to lose a life. 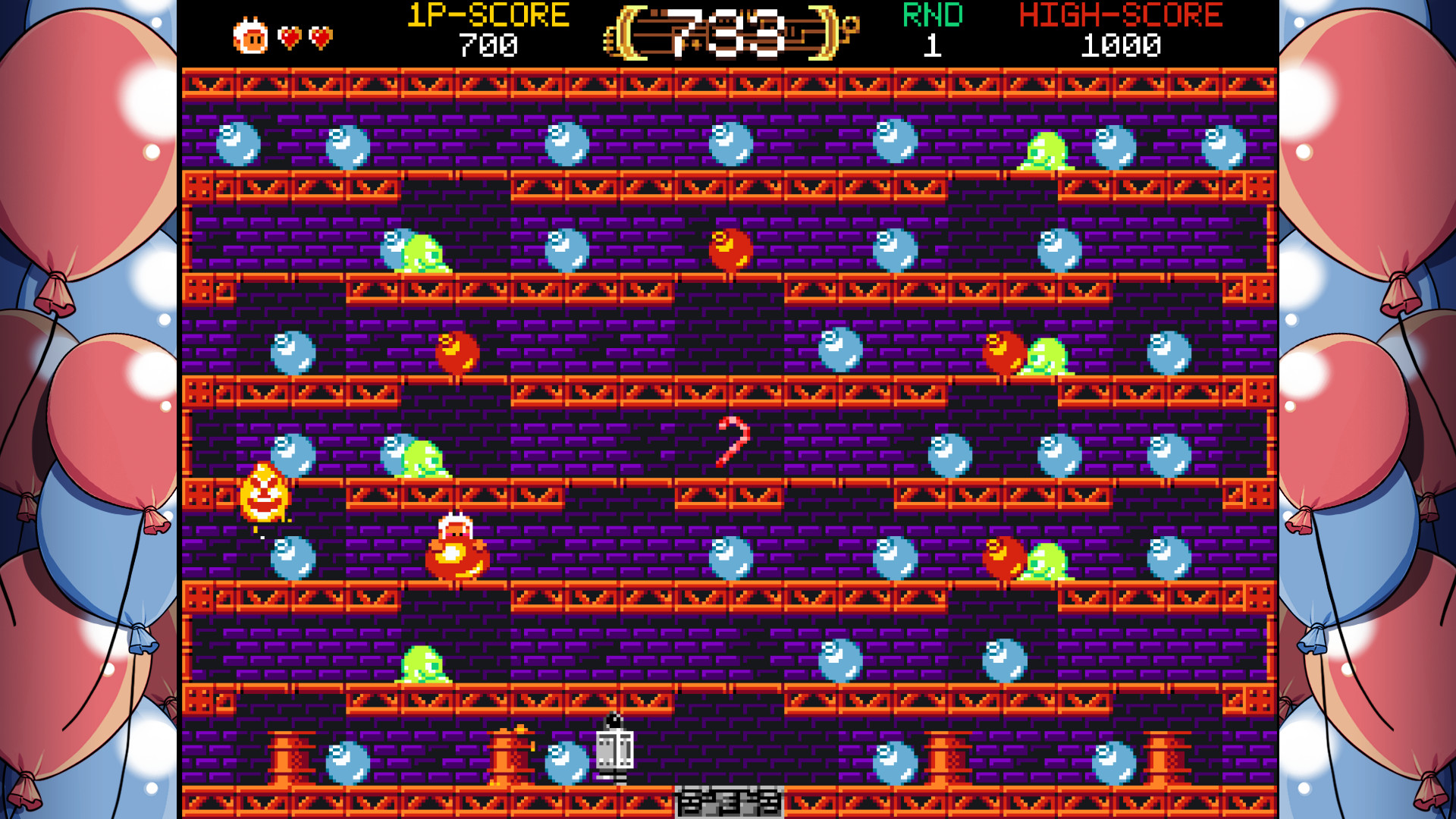 After you’ve popped enough balloons in a stage, Panic Mode starts and enemies will move faster. In addition, any red balloons you haven’t popped will start to flash, which will grant a point bonus when popped. I was unsure whether I could pop a red balloon until Panic Mode occurred; you can do this before it happens, but you’ll receive fewer points. While you have unlimited continues, if you lose all your lives in a stage, you’ll need to continue with your score back to zero.

I had a fun time with Tamiku, even though it has some faults within its gameplay mechanics. The game is pretty challenging, and during my first run I kept dying to a host of different hazards like falling boulders or a ghost that would periodically spew homing projectiles my way. Each world is unique and forces you to plan your course of action in order to avoid deadly traps. Some floors don’t allow you to wrap around, and you can only go up or down a floor at certain points, which are designated by a platform that’s lighter than the rest of the floor. This mostly worked out, but there were a couple of worlds (such as White Land), that would obscure the floors so I couldn’t see where the platforms were. This caused some frustration as I kept dying due to the visual cues not being too visible. 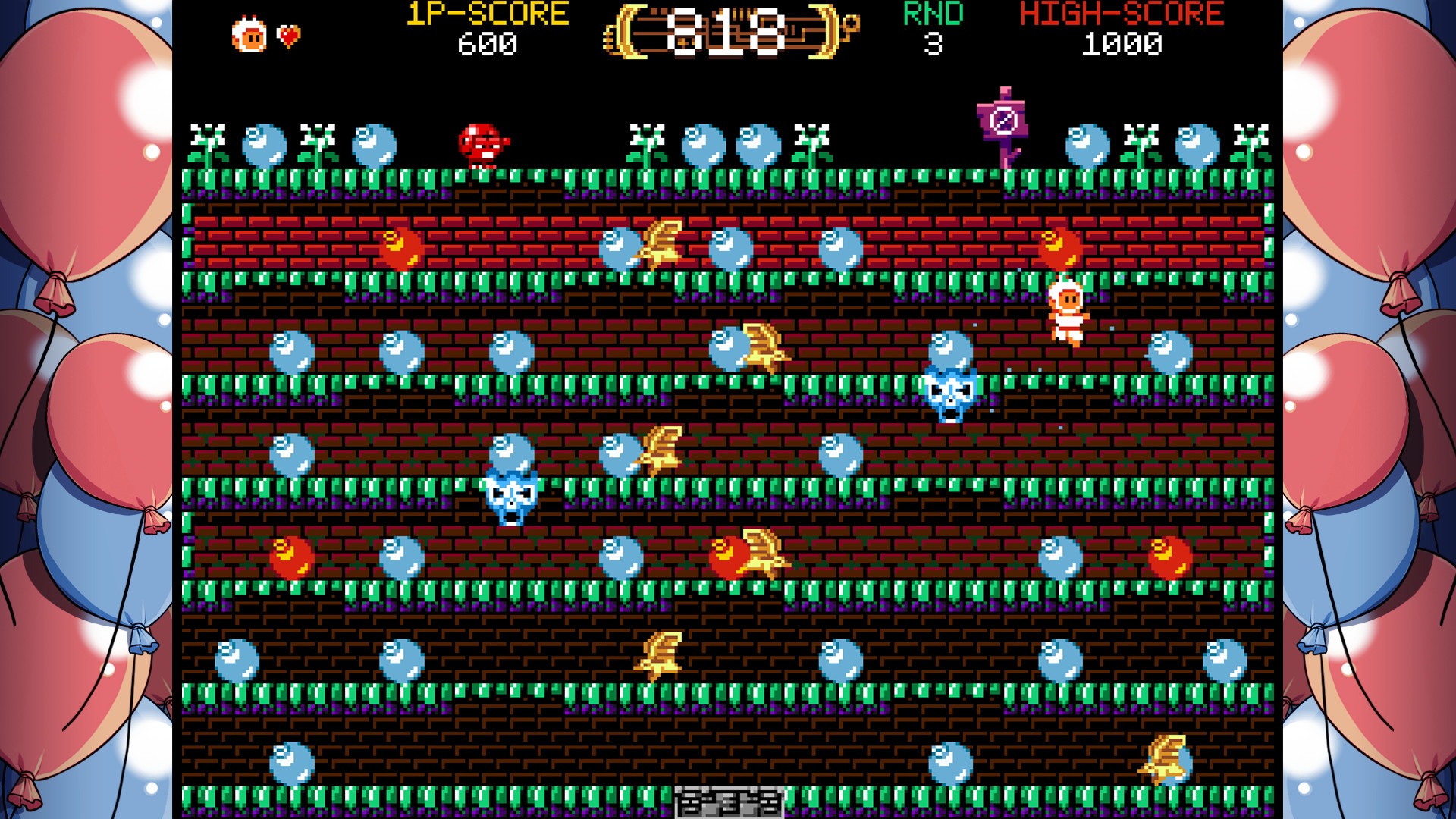 That said, I love the presentation of the game as it features brightly-colored graphics and a fun chiptune soundtrack. The worlds are unique and feature different ways to stop Tamiku in his tracks, which are great to maneuver. However, I do have to note that while the game is reminiscent of the 80s arcade classics, you’ll have to play each level twice to experience the full ending. While the first time you do this is fine, it starts to get a bit repetitive the second time around, admittedly with some remixed enemy and platform placements plus an altered ending screen. It would have been better to lock the true ending away in a hard-to-clear objective (say, beating the game without continuing). While the game encourages score chasers to play, there are only local leaderboards with no online rankings in sight. It would have been cool to see how your performance compares to others playing the game.

While the game is mostly family-friendly, there are a couple of moral things to keep in mind. The game is tame on the cartoon violence, but the premise, where Tamiku plans on wanton destruction after blowing up his planet, feels rebellious. By the end of the game, he goes on an ethically sound path, and it seems the creatures affected in his journey aren’t destroyed. There are a few supernatural creatures included near the end like mummies, and a location called Deviland’s Park includes a comical depiction of a devil as an obstacle. While Tamiku doesn’t die if he gets hit by an enemy or obstacle, there is a small flash with some mercy invincibility, and it’s apparent that he gets hurt on enemy contact.

If you’re looking for a quick arcade fix, Tamiku will do the job. Just be prepared to finish it quickly!