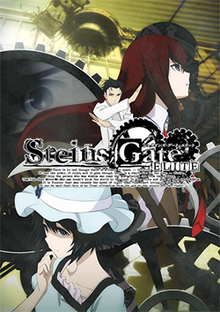 Steins;Gate Elite is one of the best visual novels available. It combines nearly all the text and routes from the original Steins;Gate visual novel with footage from its classic anime adaptation. The story of a homemade time machine feels small-scale until the characters realize just how in over their heads they have gotten. The key to Steins;Gate’s story is pacing; it starts slowly to let the player become attached to the characters and knocks them out of complacency at precisely the right moment. The small cast of characters are fun people to spend time with, and when they get in trouble, you want to see them claw out. Steins;Gate Elite is a story that’s been told a few times over the past decade, but it’s a complete and exceptional version well worth the time of a newcomer or long-time fan.

If there’s a hurdle to hopping into the story, it’s probably main character Okabe Rintaro. This college student who serves as the story’s narrator lives in Akihabara, the nerd center of Tokyo. Okabe declares himself a mad scientist repeatedly to everyone he meets. His insistence that he is hounded by “the Organization” and that all history moves in accordance to the will of “Steins;Gate” is dealt with by other characters with bemusement, irritation, or avoidance. Once the maniacal laughter becomes endearing, it’s easy to sympathize with Okabe, especially as the reason behind his self-delusion is revealed. He’s a funny and intelligent lens into the story.

Okabe runs the Future Gadget Lab with childhood friend Mayuri and computer geek Daru. The lab is an apartment above a used CRT shop and produces such useful inventions as a TV remote shaped like a ray gun and a microwave which can be switched on with a phone message. It’s this phone-connected microwave that kicks off the time travel plot. Steins;Gate hits the ground running, and the corresponding anime episode is a common example of the right way to start a show. The lab quickly grows with a colorful cast of young adults who wrap themselves up in a conspiracy spanning the world and various timelines. 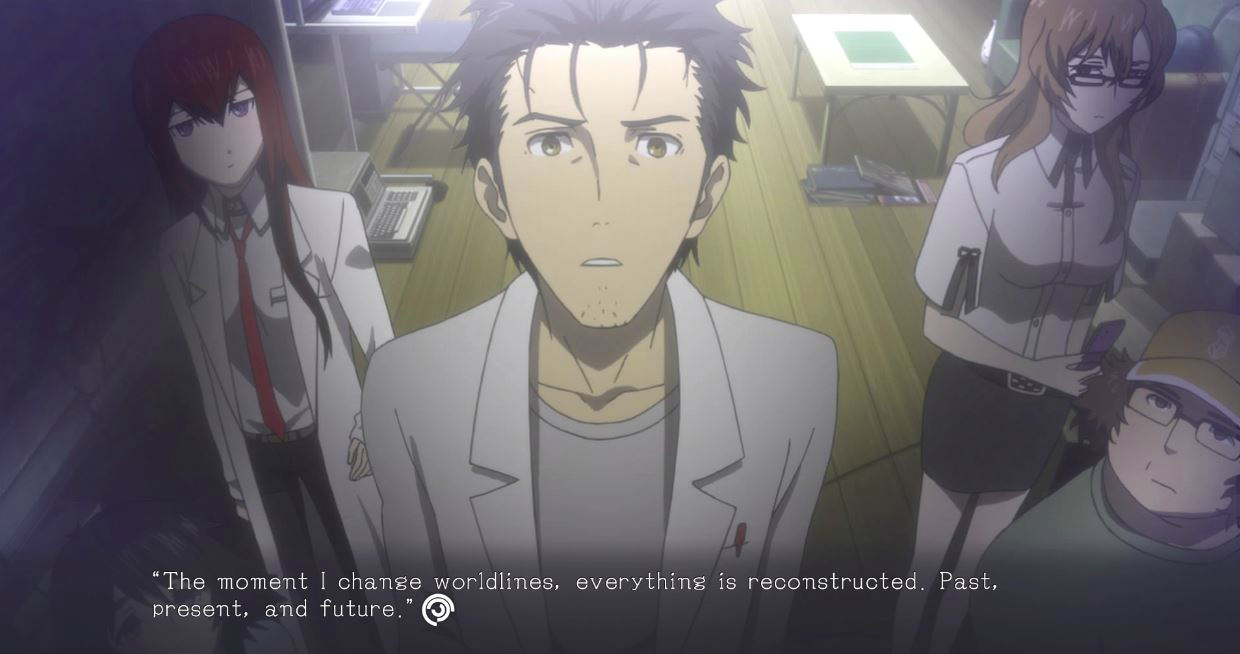 Strong Points: Story is as well-written and structured as ever; Beautiful art, animation, and voice acting; Limited choices result in tighter routes through the story; New animation for the alternate endings is fantastic
Weak Points: Essentially the same story as previous, cheaper versions; Long build-up could lose players; Music sometimes does not complement visuals; Occasional discrepancies between text and the anime footage
Moral Warnings: Knife and gun violence with blood splatter; Sexual discussion and innuendoes, with kissing shown; Strong swearing, including multiple f-bombs; Homosexual and transgender character; Rebellion against fate and God discussed

Government cover-ups aside, this is a story about the characters. The detailed time travel mechanics, with everything else, are vehicles to stretch themselves to the limit. Half the story is about getting in trouble; the other half is about getting out. It plays out like a tragedy in many ways. The inciting incident is no one’s fault, and fate and the universe itself seem determined to keep Okabe from rescuing his friends from the mess he inadvertently created. This does mean that if the player doesn’t connect to the characters during the slower first act, it will be hard to stick with them for the whole story.

The player doesn’t have much control over the story, but that’s a good thing. Interactions are limited to choosing Okabe’s response to texts and emails and making a decision at the end of some chapters. The texts flesh out his relationships with the characters and are critical to reaching the True Ending route of the game. Players of the original Steins;Gate visual novel will notice that some branching choices involving how to use the phone are missing in Elite. While I missed setting my own ringtone more than I thought I would, this really is for the best. Depending on certain decisions, the game will automatically have Okabe call/ignore different people throughout the story. This helps focus the experience and provide variety on repeat trips through the story to reach the two primary endings.

There are several premature endings, and they might be the biggest reason to experience Elite instead of the cheaper original or the anime. The text of the endings isn't new; they're taken from the original version. Each of these alternate endings is reached by decisions made at the end of later chapters. These endings are long and satisfying in their own ways. Most of Elite borrows animation from the anime; these endings are all newly, beautifully animated. They were the main reason I wanted to play Elite, and the details did not disappoint.

Comparisons to the anime are inevitable, not least because Elite only exists as a result of it. Every scene has been taken from the anime or recreated in the anime's style, using the original visual novel's Japanese-only voice acting (which is excellent and largely the same voices behind the anime). The subdued, smooth, melancholy animation of the show slides into the visual novel format well. The placement of characters enhances the dialog. The streets of Akihabara are usually empty in the game to emphasize Okabe’s isolation; when the streets are full, it’s because our characters are lost in the crowd. The animation is an upgrade not just to this story but to the game genre as a whole. It’s a shame most visual novels don’t have the backing of a decade-old fan base, ten hours of finished animation, and a sequel to warrant a production like this.

The melding of anime with visual novel is not seamless. Despite the game packaging’s promises, playing Elite doesn’t feel like “playing the anime.” Characters wait for you to progress the story unless they are looping a motion like typing. Not even the auto-advance option allows characters to truly interrupt each other. The art style is clean instead of the splotchy coloring of the original. The anime had a subdued soundtrack, and the visual novel’s music is more bouncy to keep the player engaged through long stretches of reading. The music works but obviously was not composed for the visuals. Sometimes narration will contradict what is seen; maybe Okabe will claim that he is sitting down when, on screen, he is standing in the corner. The motion itself is an undeniable improvement. 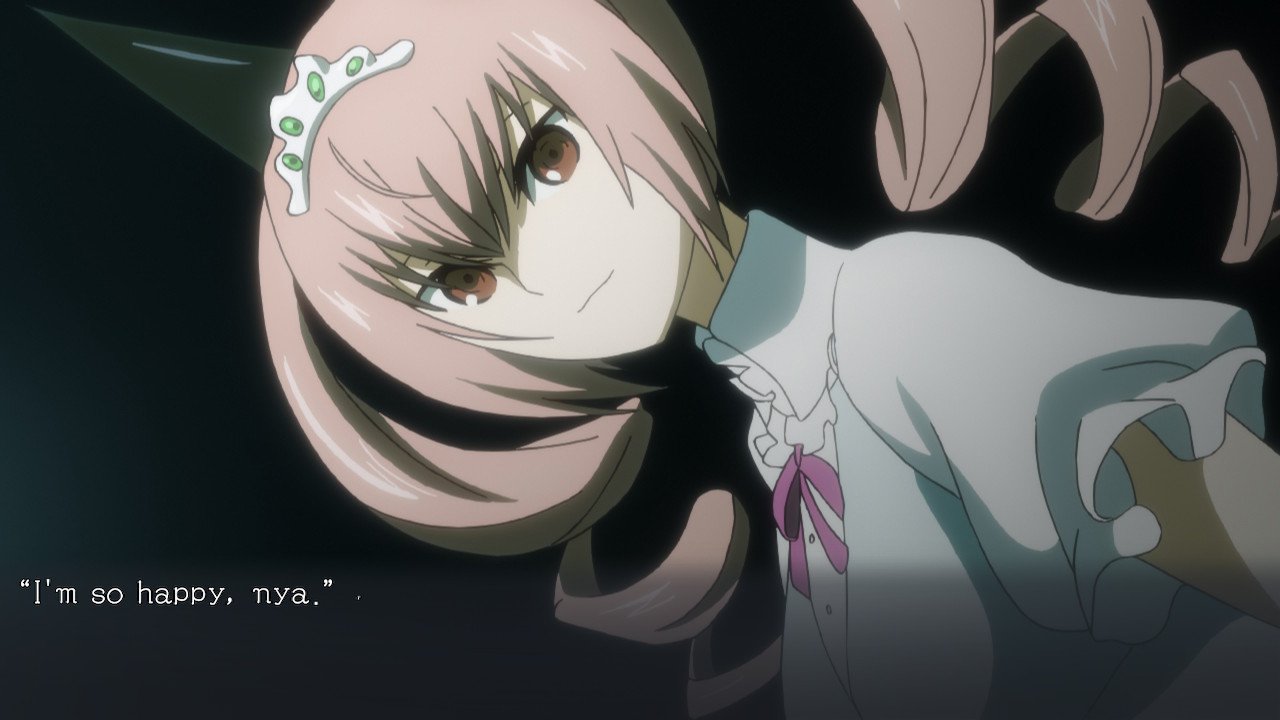 Not much about Elite is entirely unique. The new opening song might have the best accompanying animation of Steins;Gate’s several incarnations, though the song itself doesn’t beat the anime’s Hacking to the Gate. The arc involving 4°C is cut almost entirely in favor of the anime’s truncated version of events. His absence should not be mourned, and Elite cuts little outside that one chapter. That means it has significantly more time with the characters than the anime could afford at the expense of slightly less content than the original. I think it works in the story’s favor, but tastes vary.

The visual novel includes an interesting discussion of real-life time travel theories, at least one section critical to understanding events in the following movie and game, and more. Most of the characters are nerds who make consistent references to Japanese internet memes circa 2010. The astute otaku will pick out many anime and video game references, and the game provides an entertaining encyclopedia for terms you don’t know.

Steins;Gate’s dedication to an accurate representation of 2010 nerd culture extends to the sexually-perverted comments Daru constantly makes. It’s gross; it’s typical of a certain kind of college-age man; it lives up to the M rating. So too does the in-game fictional version of the Japanese equivalent of 4chan. The game reproduces the terrible ways people act and talk online with shocking accuracy. The reader can skim past the image board if desired. Offline, characters still swear in English and translated Japanese. God’s name is taken in vain, and characters will outright defy fate and God (the two concepts are somewhat conflated in their minds).

Other moral concerns include gun and knife violence. It isn’t gory, but the game is not shy about blood. In one dark moment, a character contemplates assaulting another. Camera framing of the latter’s body is appropriately disturbing. Kissing is shown, and so is a brief shower scene with much covered by steam. Steins;Gate also includes a chapter focused on a homosexual and transgender character. It’s complicated, and the game accepts the character’s sexual orientation in the end.

I played Elite on the Switch. This included a new 8-bit adventure game which doesn’t include a save function, spoils major plot points of the main game, and is not, in my estimation, worth the time to download. The Switch’s portability was great, however. The PC and PS4 versions include the first official English release of a collection of side stories about the broader cast called Linear Bounded Phenogram. Which version to buy is a question of portability versus this extra content.

Steins;Gate Elite is an exceptional version of an exceptional story. It can be a hard sell because of the cheaper original and anime alternatives. For those willing to take thirty or so hours to play Steins;Gate Elite, the journey can be rewarding. It’s a beautiful game of fun characters and a carefully-crafted plot. I wish I could play it for the first time again.