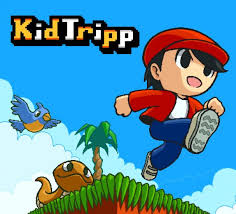 Thank you to Four Horses for giving me a review copy!

There aren’t that many games that I would describe as being tough as nails. Super Meat Boy comes to mind or even Geometry Dash on mobile and PC, but this easily describes a new release on the Nintendo Switch eShop called Kid Tripp. This game is a little on the short side, but given its $3.99 price point I cannot complain. If you enjoy being punished and pushing yourself to get the best time on that one level, then this game is for you.

There is something addicting about these action platformers. The lure of failing repeatedly may not sound like fun to you, but the satisfaction of pulling off a perfect run and getting to the end of the level is satisfying. They have a saying that practice makes perfect and that applies here. Some levels only took a few minutes of trying before completing. Others took over thirty minutes of trying repeatedly. 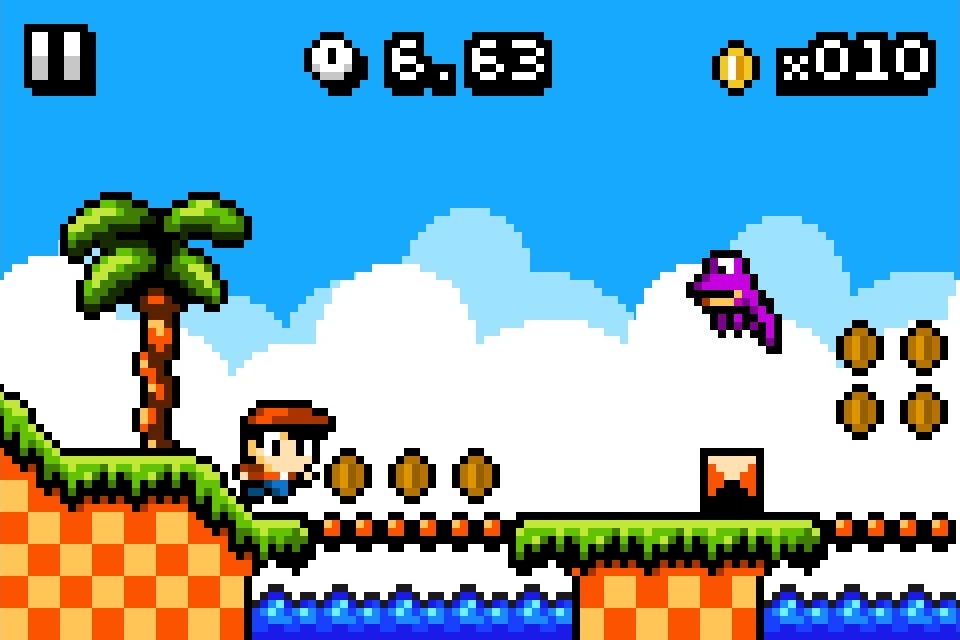 Sometimes I had to take a break for a bit and then come back to the level. There are twenty levels here and about a couple hours of content. Getting through the levels is one thing and a short experience. The longevity comes from replaying the levels to get every coin. This adds another challenge to go after at which you will receive a gold medal if you are successful. Another challenge in every level is trying to beat your best time. Each level times how fast you are and gives you that loop of trying to get your best time in every level. I wish that it had leader boards, so you can try to beat others best times, but really that is a minor gripe. There are additional challenges to complete like having over fifteen lives at once and beating a level without hitting an animal, surviving if you fall into water, etc. These add to the replay value and I appreciate that.

As far as gameplay is concerned your character auto runs from left to right. There are buttons to jump and buttons to throw a rock to hit animals in your way. Timing your jumps is a big part of the game but also having patience and knowing when to jump, run, or throw a rock is key. The levels are short, but packed with crazy jumping feats and enemies. You will die a lot, but that is part of the fun. Kid Tripp never felt unfair. When I died it was because my timing was off or didn’t throw a rock fast enough.

The graphics are adorable and very clean. It has a retro feel to it in the graphics and music. The different worlds all have different backgrounds, enemies, and one even has snow falling! It pays tribute to games of old very nicely. The stages are all colorful and none of them seemed bland. The music is fantastic as well with a great 8bit soundtrack. Each world has its own song that keeps playing until you run out of lives and get a game over. 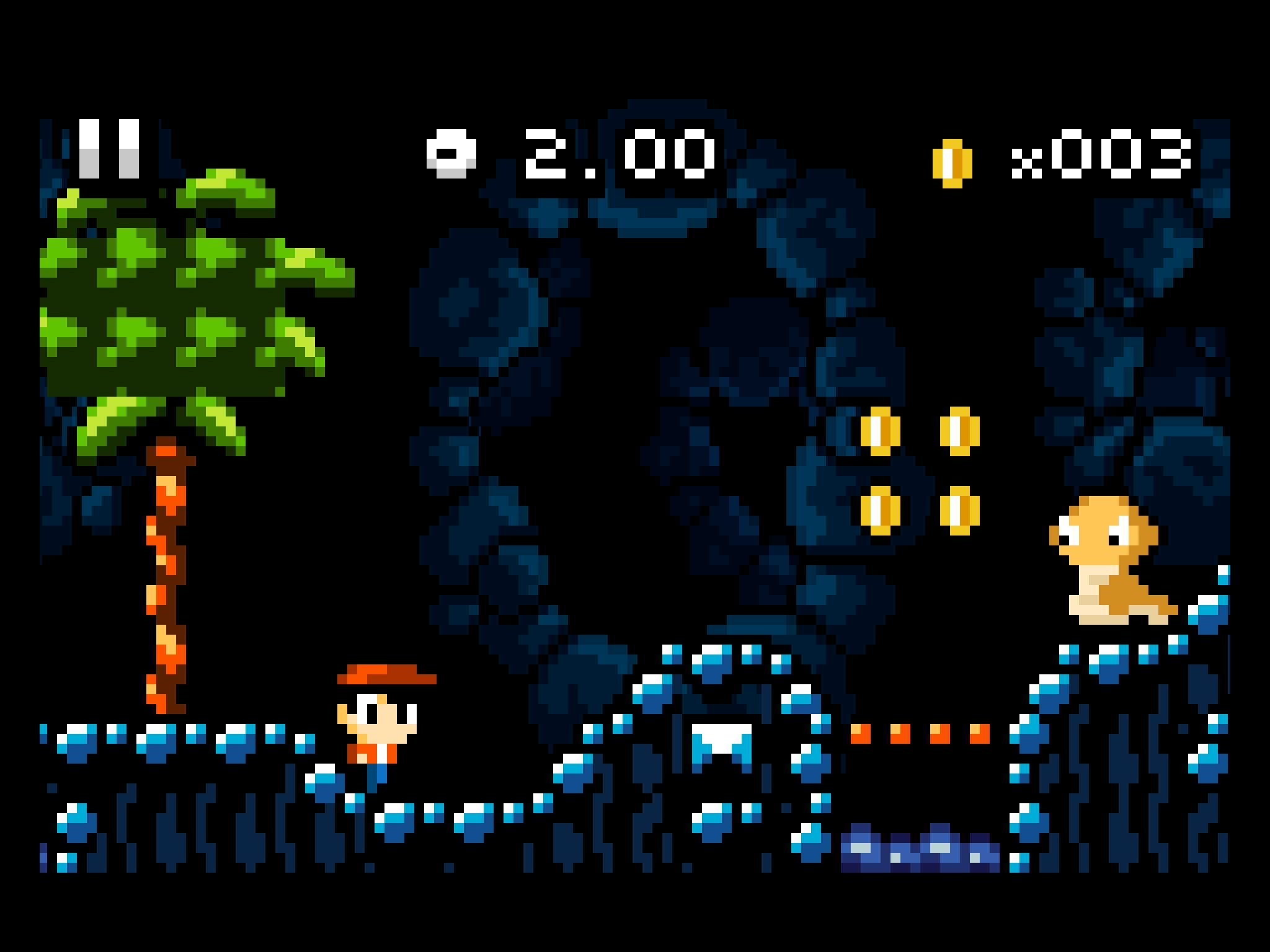 There really is no story except a brief cutscene when you first boot the game of your plane crashing and animals chasing you. The game controls well with physical buttons, which is much better than the touch controls on the mobile version.

Morality is on the light side. The only thing I found is very mild violence against animals. You do have rocks that “kill” the enemies but they just disappear into stars. You may fall into a spike but again you just disappear, and stars shoot out. There is no blood, no language, no graphic violence.

There are not too many Nintendo Switch games that can scratch the itch for a challenging platformer. It is inspired by Super Meat Boy type games and succeeds in giving that platformer challenge. It feels short, but several challenges add to the reliability of the title. If challenging platformers are your type of game do not hesitate to buy.