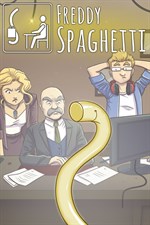 I was pleasantly surprised with my time playing Freddy Spaghetti last year on the PlayStation 5, and while it was too short to enjoy fully, I thought it was a family-friendly romp for all. This year brings the sequel, which unfortunately feels like one step forward, two steps back from its predecessor.

As Freddy the sentient spaghetti was destroyed in the end of the first game, this game is all about Freddy 2.0, an identical piece of pasta that gets a job at an up and coming game development office. From here, the title goes into a full-blown parody of the hit sitcom The Office, complete with a similar theme song and antics. While the first game had one narrator that spoke during events, here we have a cast of four workplace members giving their thoughts on the situation at hand.

During each level (4 worlds known as “seasons” with 10 levels each), players must maneuver Freddy by alternating between the ZL and ZR buttons, making sure Freddy is balanced due to him hopping around everywhere. As he is a flexible noodle, he can wreak havoc in a bunch of ways, like messing with a server room by flopping around, playing foosball with coworkers, and even trying to get Jack and Jill (obvious references to Jim and Pam) together! Each level includes a little interview from one of the coworkers in the office, which adds a little levity and context to the tasks at hand. 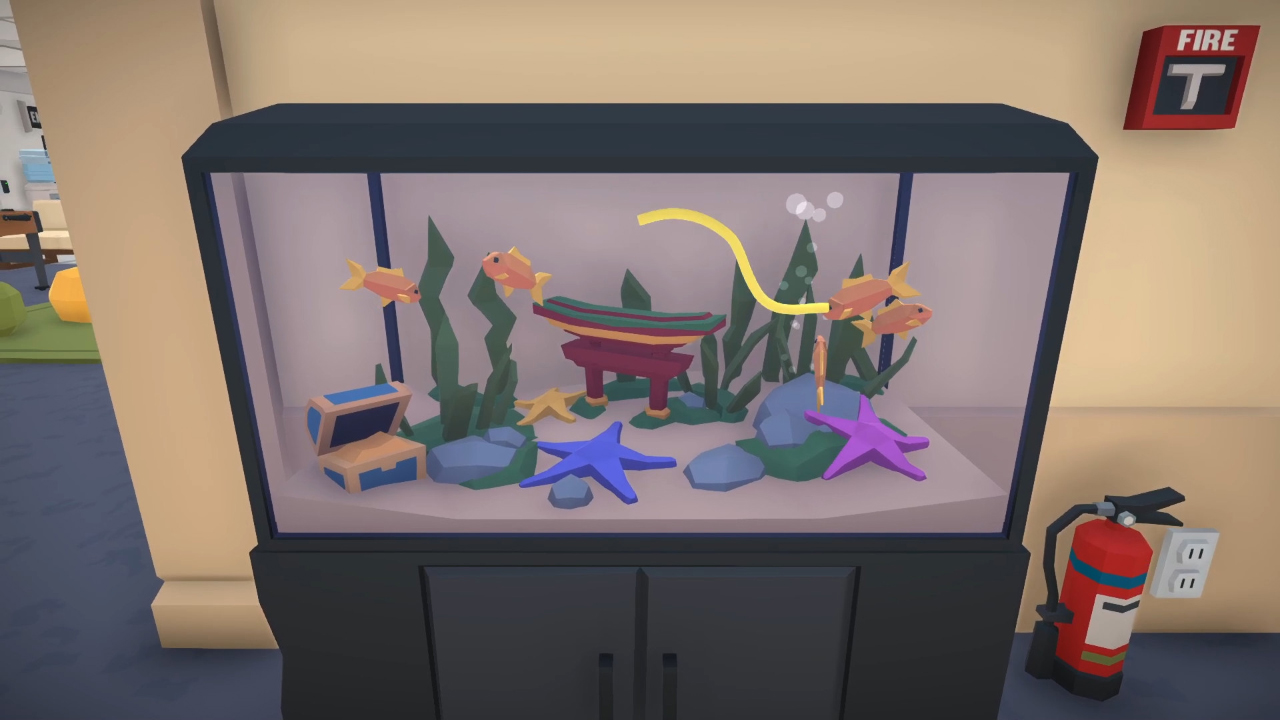 Strong Points: Interesting premise and parody of The Office; gameplay feels a bit smoother than the last game
Weak Points: Shorter than the previous game; innovation is backwards with underused mechanics; jokes mostly fall flat
Moral Warnings: You need to intentionally mess up things within the setting; some crude jokes

While I reviewed the predecessor on PlayStation 5, playing this on Switch felt a little more at home. The game felt smoother even in handheld mode, with not too many framerate stutters. The controls were more responsive, but that might be due to the lack of content, which I’ll explain later. Overall, the performance of the game was solid, and it made me excited for the rest of the game after playing through the first few levels.

Of course, this excitement was deflated after I realized the game lacks in everywhere else compared to the first. The soundtrack feels generic and nothing special compared to the first, and the graphical style remains unchanged. What makes this even worse is that Freddy Spaghetti 2 takes place entirely in the office setting rather than a worldwide time-traveling adventure. This means that the whole game feels too compact and honestly could have been a free update since everything is in a homogenous setting.

The Office-like parody, while admittedly a good premise, also falls a bit flat with its jokes. I had a few chuckles from the interview segments, but they weren’t anything to write home about. It also doesn’t help that most of the coworkers don’t interact with each other in a meaningful way, which just means wasted potential with the premise. 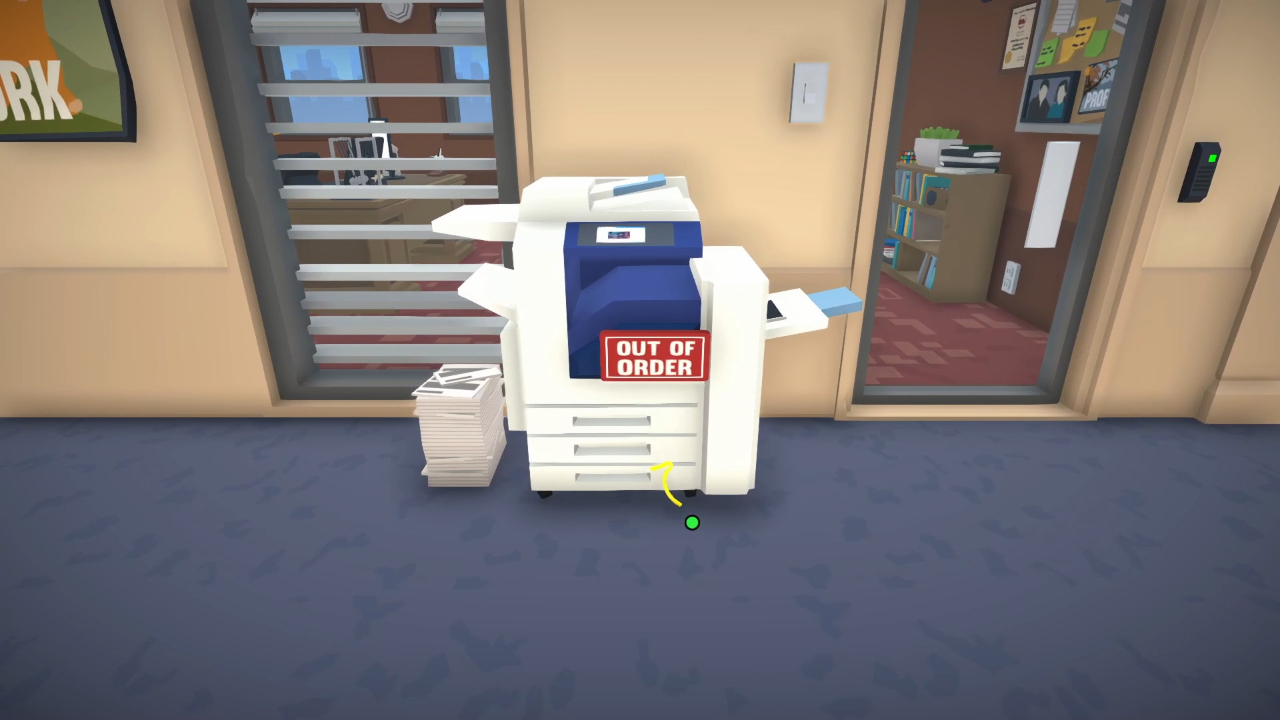 The levels themselves are short, even by the first game’s standards. For comparison, I was able to finish this game in about half an hour, half the length of the predecessor. The first game had its frustrating moments, but at least they were justified by the fact that I had fun struggling with the controls. Here, everything works well in the controls department, but there’s nothing here difficult enough to challenge me which means almost every level is done in under a minute. Gone are the innovative mechanics of the first game, other than a few cool foosball and table tennis levels plus a sequence where you have to navigate the office where the floor is lava. The fact that there isn’t even bonus content here hurts a bit.

That said, the game is more morally appropriate than the first. No one explicitly gets hurt, and you’re just going through some unintentional destruction this time around. There are a couple jokes that are a bit sensual; mainly a joke where Freddy searches “noodle wieners” on the company computer but it’s literally just food. Other than that, it’s fine for all ages even if it’s not as fun as the first.

Freddy Spaghetti 2 is a disappointing sequel that should have just been a free DLC update to the first game. It’s improved in its performance but is a step back everywhere else.