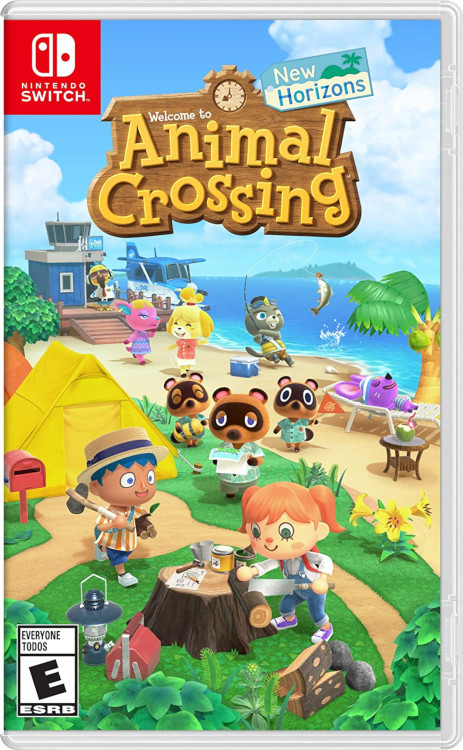 When I had only just learned to read, my brothers introduced me to a strange game. In it, you fished, caught insects, did errands for anthropomorphic animals, earned money to pay off loans for your home, and earned more money so you could buy furniture to decorate it. The most unique feature, however, was that the in-game time and season were based off the time and season in real life. This game was called Animal Crossing. By the time I heard of this series, it consisted of three entries, and I went on to spend countless hours playing all of them.

Animal Crossing: New Leaf, a fourth game, eventually came out on the 3DS, and it became my most played game on the system. After a few spin-offs, I wasn’t sure how the series would progress, but then came Animal Crossing: New Horizons. It promises to massively change the formula used in previous games while retaining its core features.

Just like its predecessors, Animal Crossing: New Horizons is a simulation of various aspects of life. You move to an island and live among anthropomorphic animals. You can work to decorate an island and earn money (called Bells) to pay loans to expand your home, purchase items, and so much more. Much like other simulation games, you are meant to play at your own pace.

Much of your time is spent outdoors. Here, you find items lying about, catch creatures, and interact with animal villagers (from now on, I’ll just call them villagers). Many outdoor actions require tools. These include the shovel, which can dig up buried items; the net and fishing rod, which allow you to catch bugs and fish respectively; and the axe, which can harvest wood from trees or cut them down, depending on the type. You can do chores for villagers and hang out with them, but you don’t really do so very often.

Some of your time is spent in your house. Here, you can decorate it with furniture and store items in it. You can expand it to make the main room bigger and add new rooms. Unfortunately, the extra rooms you unlock can’t be made larger themselves, unlike in previous games. 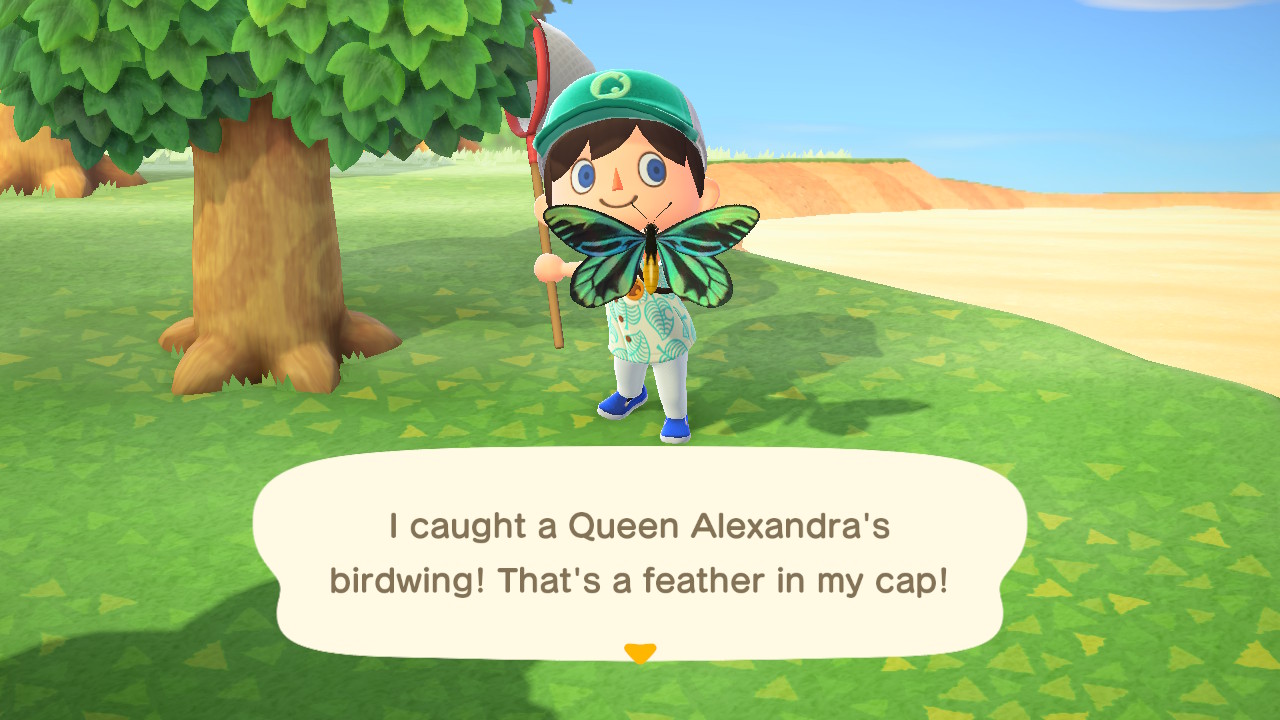 The most unique mechanic is that everything revolves around real time. For example, the time of day and season will match that of your system clock. Some creatures can only be caught during certain months and times of the day. To see the fruits of many actions, such as planting trees and paying off your loan, requires waiting at least one day. A few activities, such as using shops, are unavailable early in the morning and late at night. There are plenty of events that only happen on certain days, such as fishing tourneys and holidays.

If you’re turned off by the idea of having to play at certain times or being limited in what things you can do in a day, there is the option to change your system clock to trick the game into thinking it’s a different day or time, or time traveling, as the community calls it. While I would recommend avoiding this trick and just playing the way you’re supposed to, this might be the only way to enjoy the game if you are limited to only being able to play at very early or late hours.

While these core mechanics remain, there are plenty of major changes to the formula. The first notable change is apparent when you start the game. In previous entries, you would move into an established town, bustling with villagers. Now, you and two villagers move to a deserted island and have to build it from the ground up. Everything, from buildings, to more villagers moving in, to being able to experience various events, involves you working to make progress and supply materials. In fact, the first two weeks or so are spent building up your town to the way it starts in previous games.

Another important change is crafting. Especially in the early game, when you don’t have many shops, you need to harvest resources to craft tools and furniture. Most tools now break after enough uses, forcing you to craft new ones. Unfortunately, crafting many items at once is tedious, as you have to sit through an animation each time. You can speed it up, but not outright skip it. Despite this annoyance, crafting is a wonderful mechanic, as you can craft items whenever you want, instead of waiting for them to be sold at the shop.

Another game-changer is the amount of freedom and new types of decorations given compared to previous titles. You can finally make paths outside and use fencing on your island. This, combined with now being able to place furniture outside, allows you to make the outdoors look just as lively as your home. You can now choose the exact locations of buildings and villager homes and have the ability to move these to different locations later. You can even unlock the ability to almost completely change the terrain of your island.

You can play with up to four other players locally and up to eight players online. I don’t have anyone else to play with locally, but I’ve heard it forces some strange limits, such as having everyone share the same inventory and even share the same island when playing solo. Also, if you have multiple players on one system, some features, such as changing terrain, are only available for the first player. I have been able to play online, and I am sad to say that it’s just as limited as in previous entries. While playing online, many activities to develop your island are locked; most notably, placing furniture. Really, the only reasons to play online are to have company while fishing and catching bugs, to trade items, and to give a tour of your island. 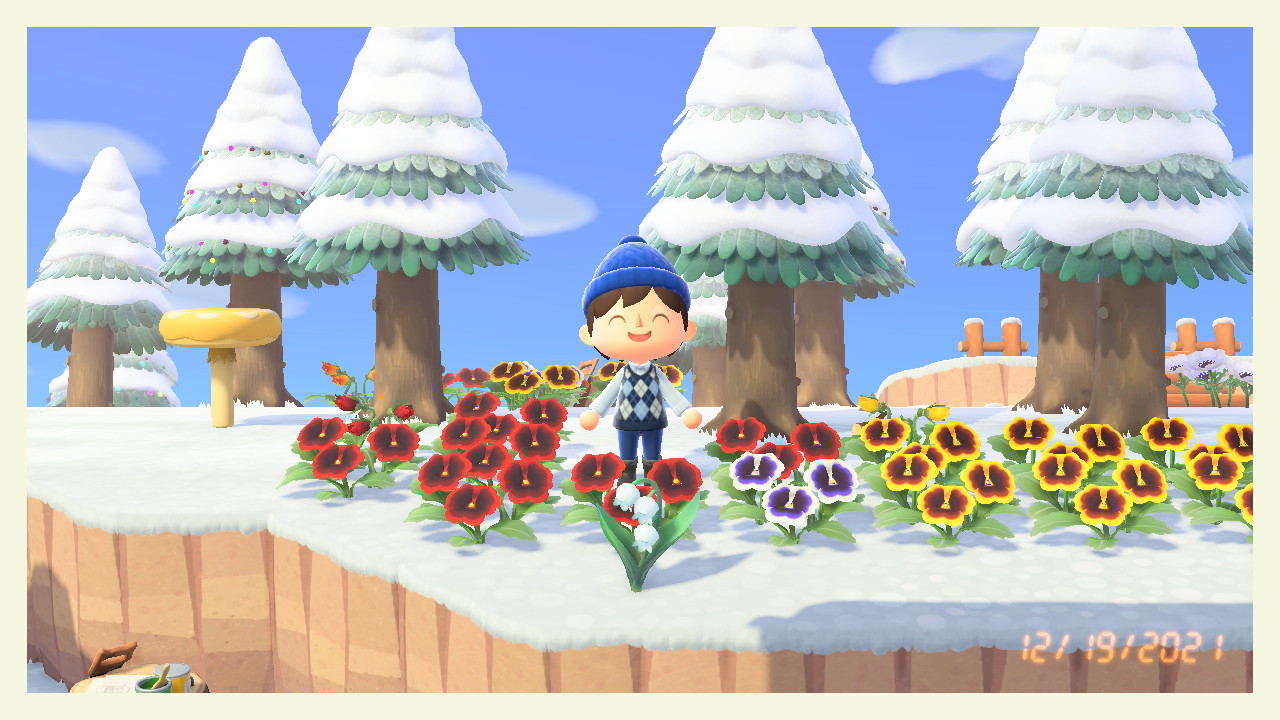 Visually, Animal Crossing: New Horizons is a huge step up from previous entries. It retains the charming cartoon visuals, while looking somewhat realistic. Grass now has subtle blades, instead of just being a green plain of shapes. Weeds now look far more realistic, and have variety in designs. Furniture looks especially realistic. Characters have better proportions and animations.

When Animal Crossing: New Horizons was first shown off, Nintendo made a big deal about its sound design. I was confused about why the sound was such a big deal, but when it released, I was blown away by it. The sound effects are very realistic, such as an object being pushed across dirt, or rain pouring onto a rooftop. The first time I heard the sound of waves crashing on the beach and wind rustling through the trees reminded me of my visits to the beaches on the East Coast. While the sound effects are great, the music has mostly taken a turn for the worse. Much like previous games, each hour of the day has its own track, but aside from a few exceptions, these songs are nowhere near as catchy as in previous entries.

Recently, a DLC pack was released that added a new mode all about designing vacation homes for villagers. As you play through this DLC pack, which essentially serves as a sequel to Animal Crossing: Happy Home Designer, you can unlock new features that can be used when decorating your own home. The way of purchasing the DLC has lead to some controversy, to say the least. You can buy the DLC normally for $25, or you can pay $50 annually for the Nintendo Switch Online + Expansion Pack (or $80 for a family plan) to get the DLC included. As someone who really enjoyed Happy Home Designer, I think this DLC is worth it, but those who don’t like decorating homes as much as I do will probably disagree.

Pieces of art can be purchased from a shady character who can sell you forgeries if you’re not careful. The art pieces you can purchase are real and include pieces depicting nudity, such as the Statue of David and Venus de Milo. Another piece, Wind and Thunder God, depicts two mythological gods. The museum gives information on donated creatures and fossils from an evolutionary view. I have also come across two poop jokes.

In terms of occult content, there are magic wands that can be used to quickly change your appearance, along with magic-themed outfits. There is also a fortune teller that can read your fortune in exchange for Bells.

Surprisingly for a Nintendo game, there are a few LGBT references in the English translation. These include two male characters that have some dialogue that implies they are in a relationship (though they also have dialogue that implies they are nothing more than business partners). People have reported one villager occasionally talking about a comic strip, mentioning that it includes two princesses falling in love. Animal Crossing: New Horizons also avoids using words like “boy” and “girl” when referring to you, despite picking your gender at the beginning of the game.

Animal Crossing: New Horizons changes the formula from previous games while still keeping its core features. Of course, there are plenty of smaller things I could talk about, but this review is long enough as it is. While the limited multiplayer is a downer, the new features easily make this my favorite entry in the series. Due to its peaceful nature, there is no violence, but I wouldn’t blame you if the LGBT references and nudity in the form of real art pieces turn you off. After having been out for a year, it might be possible to find New Horizons for cheaper than full price, but I’ve played so many hours that the full price of $60 is well worth it for me.