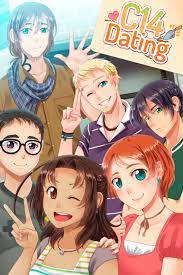 C14 Dating is an archaeological-themed dating simulator. You play as Melissa, a third-year anthropology college student from California. She earned a scholarship to Belgium for field training and at the last minute her friend and fellow student, Paige, was not able to attend. It’s now up to Melissa to befriend random guys and girls with a French/English language barrier.

Upon launching this title you’ll be asked if you want to play it with minigames enabled or not. For my first playthrough I had them enabled, but as I was completing other routes I disabled them. The excavating minigames are Picross-like where you have to locate safe spots to dig on the grid using the column and row numbers for clues. The lab minigame requires you to guess the tools needed to properly clean the artifact without breaking it. The amount of force each tool uses changes with each attempt so do your best to make an educated guess with knowing the value of one tool to gauge the rest! Thankfully, it doesn’t take long to see all the endings with the ability to fast-forward text you’ve already read.

When you first arrive onsite, you’ll have to plan out your daily schedule. Each activity will raise or lower attributes. To unlock the best romantic endings you’ll have to raise up the attribute that aligns with them.

Here’s a breakdown of the dating options and their preferred attributes:

Deandre – A rugby player who needs the credits for his degree. If you want to win him over, play catch often and spend a lot of time in the caves and volunteering with him.

Hendrik - Practically all of his lines have a geology pun in them. He’s on staff and his uncle is in charge of this archaeological site and doesn’t go easy on him. Hendrik likes inquiring minds so spend a lot of time in the lab with him and and talk to the staff.

Kyler – An archaeology major who has been at this site several times already. He’s rather introverted and takes his time in the cave quite seriously. Spend a lot of time studying to impress him.

Shoji – He’s artistic, smart, shy, and into videogames. You can win him over with your gaming skills if you put enough time into them.
Some of the activities like volunteering will raise many stats at once so they’re beneficial to do. Almost every activity will raise your stress level so you’ll have to browse the internet during the weekdays or dance on the weekends to unwind and relax a bit. 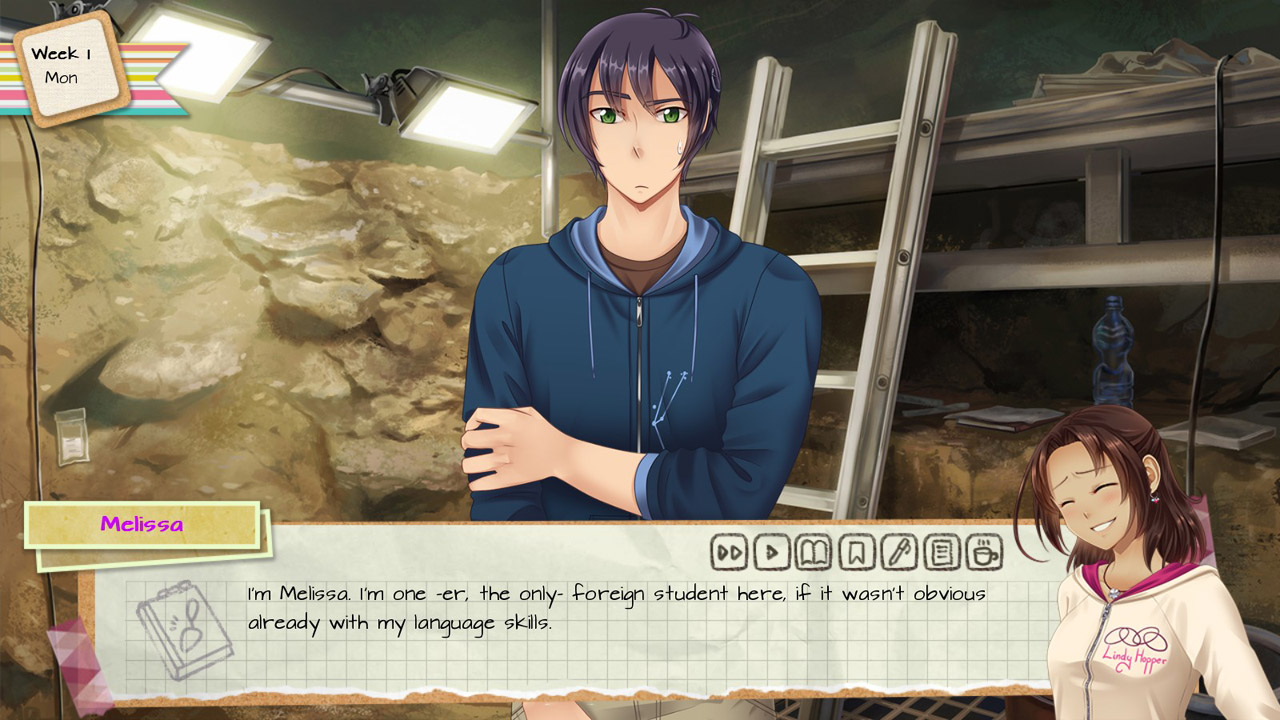 For the most part, the characters are likable and relatable. Unfortunately, the developers found it necessary to make one of the male characters asexual and some of the female characters lesbians. Aside from the LGTBQ pandering, you can expect to find sexual references and implied sex before marriage. Nothing beyond kissing is shown. There is some unconventional language like arse and schit with implications to common curse words. Blaspheming is present and doesn’t beat around the bush.

The artwork is nicely done and the backdrops a quite colorful and detailed. The character expressions are great and change with the dialogue appropriately.

There isn’t any voice acting, but the catchy title song has singing in it. The background music is soothing but forgettable.

You don’t have to be an anthropology major to enjoy this dating simulator. I just found it odd that one of the datable candidates is asexual meaning that they lack sexual attraction to others. Though in the after credits scene, they seem to be making an effort toward intimacy. The asking price is $19.99 which is a bit steep in my opinion, but it’s worth checking out on sale.