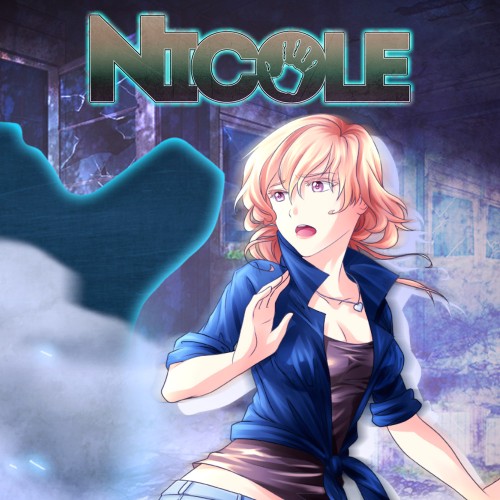 Nicole was released on PC in 2013 and has a “Very Positive” rating on Steam. This is an otome game meaning that the female character, Nicole, can pursue one of many guys to romance. There are different game modes with the most simple being the visual novel mode which primarily focuses on the story. The stats-drive game mode is a nice concept, but poorly executed in my opinion.

The game begins with Nicole arriving at her Florida college campus ready to pursue her pre-law degree. When she arrives, Nicole discovers that three females have recently been abducted and found three days later with their memories wiped. As this hits the news, it makes Nicole and her parents worried for her safety.

There are four bachelors to get acquainted with and potentially date. They each have their own trope and it’s pretty obvious who the creep is, and yet you can still choose to date him. Without spoiling too much, here’s a quick rundown of the eligible bachelors:

Darren - He’s a popular online blogger, but extremely shy in real life
Jeff - A science genius that thinks he’s better than everyone else; he wants to be an alchemist
Kurt - A freshman football star who is on an athletic scholarship; he’ll need your help tutoring him so he doesn’t flunk economics
Ted – An uptight southern gentleman who runs the convenience store on the campus; he’ll be your boss if you decide to work at his store

I first played this game in the default stats-based mode. In this game style you have to maintain your energy and morale while finding clues and raising other stats like amity, diligence, wit, and zeal. Almost any action you do will raise one stat while lowering others so it’s a big balancing act. In the first month, your funds will be limited so you won’t be able to do many of the paid activities until you get a job.

Jobs don’t pay that much and will drain your energy and morale substantially. To win over the guy you like, it’s a good idea to buy them presents. Make sure they’re thoughtful as each guy has particular tastes and can be easily offended if they don’t like your gift.

There are several dialogue prompts that will earn you some relationship points if you answer the questions correctly. Make sure to save before each one! On my first play-through I was getting to know each guy and not focusing on a particular one. As a result, I got the alone ending. 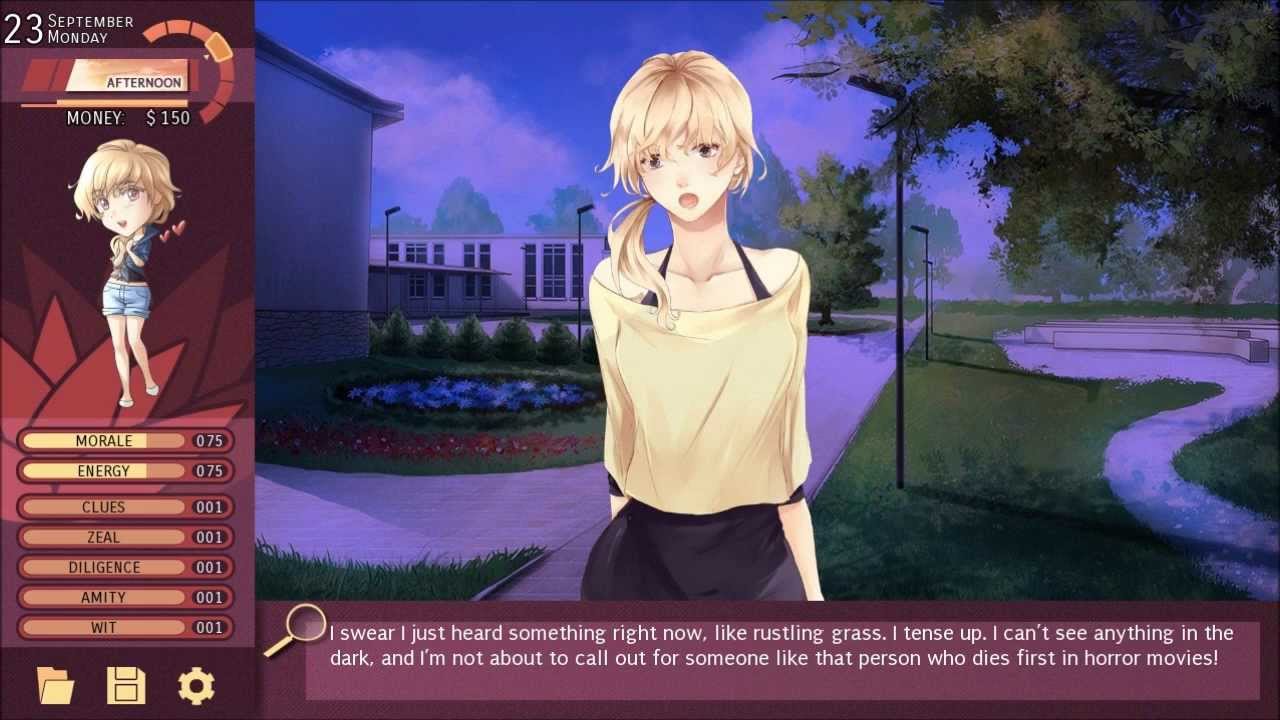 If you play on the visual novel mode, each guy has two endings, a normal one and a special one. If you’re not focusing on the abduction mystery, you can see the normal endings. In order to get the final cutscene, you’ll need to have your relationship level at 100%. If you’re relationship is not at 70% when you choose your route, you should start the game over and rethink some of your dialogue choices. The special ending goes beyond the normal ending but has your boyfriend save you at the end (unless you’re dating the abductor!).

There’s a lot of repeat dialogue, but thankfully you can skip through it making replaying the various routes easier. Unfortunately, there is some cursing and blaspheming throughout the game. Kurt makes several passes at Nicole and has the dirtiest mind in the bunch. The abductor considers raping Nicole yet she can still pursue a relationship with him (why??!). Nicole is seen in her bra and underwear while getting ready for a fancy date. There are references to alcohol, but it’s not consumed by any of the characters. Narcotics are mentioned as the victims are drugged and have no memories of their captivity.

The art style in Nicole is unique and the characters have various facial expressions that match with the dialogue. Unfortunately, this title is not voice acted. The background music is nice but repetitive in some areas. For example, the dance club plays a loop of the same song over and over. That DJ should be fired!

One issue I ran across was that sometimes the dialogue progression button (A) would toggle the auto dialogue option (Y). The story would progress either way, but that’s still odd.

Though this game runs fine on the Switch, I’d recommend waiting for a sale. It’s not a bad game, but with its flaws I think that $18.99 is a bit steep. Steam has had 50% off sales and I believe that it’s worth picking up then.